It’s tempting to say that American Idol, which closes out its final season tonight, went downhill after the 2010 departure of tart-tongued Brit Simon Cowell — the music-business lifer who transformed “cruise ship” from a benign vacation locale into a contempt-dripping insult, and who exhibited his tireless commitment to the deep v-neck on primetime television. But Cowell’s exit was predated by the real cause of Idol‘s decline: the decision to offer judgeships to the incredibly famous, who took the focus off the singers and confused its overall mission.

When Idol began, it had a certain amount of just-above-public-access charm — the feeling was very “let’s put on a show,” one where some singers would ham it up and others would knock it out of the park. Over the course of its first nine years, it grew bigger, with higher ratings, flashier production values, and — most crucially — singers who transformed into pop stars while America watched. (There was even one whose spellbinding run merited a Rolling Stone cover.) The 2009 hiring of Ellen DeGeneres — the self-professed Idol fanatic and hugely popular comedian and TV personality — was a move that asserted Idol‘s place not just in the star-making firmament, but in the star-celebrating firmament.

“Ellen [DeGeneres] has been a fan of the show for many years, and her love of music and understanding of the American public will bring a unique human touch to our judging panel,” Idol mastermind Simon Fuller said when her hiring was announced. Not only would she bring what she called “the people’s point of view,” she would bring an undeniable amount of Q factor to the judges’ panel, which up to that point had been staffed by people on the fringes of celebrity: Cowell, session lifer Randy Jackson, song whisperer Kara DioGuardi and choreographer-singer Paula Abdul, who’d had a run of chart-topping singles and MTV ubiquity during the Eighties and Nineties, and who exited that summer because of a squabble over salary.

The departure of Abdul, and the arrival of DeGeneres, marked a turn to self-seriousness for the show, which had climbed to the top of the Nielsen ratings and minted some bona fide pop stars during its first eight years on television. Now, it was ready to flatter itself by placing Cowell on the same celebrity level as the beloved daytime-TV staple.

It didn’t work. Ellen showed herself to be too nice of a judge during the live shows, offering up mealy-mouthed critiques that didn’t help the singers. Meanwhile, DioGuardi, amped up the insecurity that she’d displayed in snatches during her first season. Cowell had announced his impending departure in January 2010, and he clearly treated the year as a victory lap. Lee DeWyze, a likeable if pitch-challenged member of Idol‘s “White Guys With Guitars” fraternity, came out as the Season 9 winner, although it was Cowell’s long goodbye that served as the real story — a sign of what was to come in the following years. 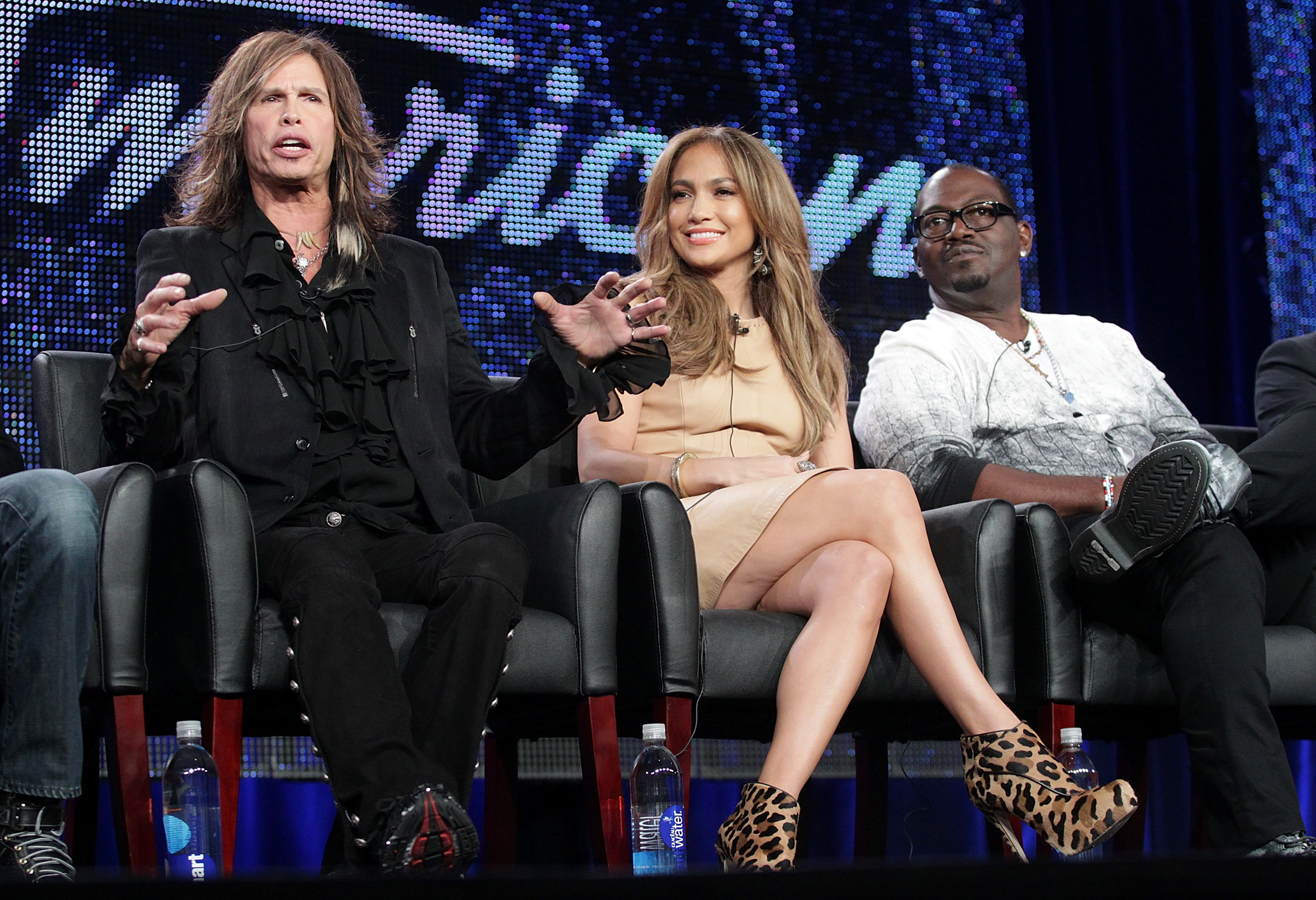 Aerosmith frontman Steven Tyler and multi-hyphenate superstar Jennifer Lopez climbed aboard the panel during the show’s 10th season. They stuck around through Season 11, which was closed out by the obvious-from-episode-one victory of the show’s ultimate White Guy With a Guitar, Phillip Phillips. (Phillips has been the most successful of the post-celebrity-panel Idol contestants by a wide margin; he has two multiplatinum singles that have turned into lite-radio staples, and his debut album went platinum as well.) The camera loved Lopez — sometimes to the detriment of actually showing the singers who were trying to win America’s votes — while Tyler’s left-field approach to critique sometimes left viewers scratching their heads.

But the show really went off the rails in 2013, when it brought in its most big-name judging panel. Jackson, still dispensing his long-sagging catchphrases, remained; joining him were affable Australian country-rocker Keith Urban, hitmaking diva Mariah Carey and real-talking MC Nicki Minaj. Having artists who were currently on the charts was a clear attempt to replicate the formula of The Voice, which rode boldfaced names (Shelton! Aguilera!) to ratings success.

While The Voice had been getting gangbusters numbers for NBC, its ability to turn those viewers into fans of the show’s winners was hardly proven; at times it seemed more like a showcase for swivel chairs and new singles by its judges than it did a vehicle for up-and-coming talent. Season 12 had its own problems — the roster of finalists seemed configured to force a woman winner for the first time since Jordin Sparks’s 2007 win, resulting in an oddly lopsided field — but the readiness of outlets like TMZ to pounce on even the slightest hint of catfight tension between the judging panel’s female half hardly helped the contestants gain traction in the public sphere. That year’s winner, the South Carolinian Candice Glover, turned in consistently excellent performances, but her victory wasn’t the main story of that year.

And in hindsight, people who had been associated with the Idol machine also took that season’s rough ride to heart. “Mariah and Nicki was just crazy, and then it really started becoming about the judges and took away from the contestants altogether,” former Idol executive producer Nigel Lythgoe told Billboard last year.

Carey and Minaj left almost as soon as Glover was crowned; Urban stuck around and Lopez returned, and Harry Connick Jr., who had proven himself to be an inspiring coach for the singers during that ill-fated 2013 run, joined the panel as well. While Lopez’s starpower has, at times, shone a bit too brightly (thanks once again to the camera guys’ cutaways), the panel has been stable and enjoyable for Idol‘s last three years. Connick is an especially welcome addition for his concrete musical critiques, wide-ranging appreciation of pop, and pooh-poohing of longtime Idol insults like “pitchy.”

It’s probably no accident that this season, with its settled-in judges’ panel and its look back on its starmaking history, has fostered at least one singer whose performances have been the stuff of watercooler legend among even casual fans: Mississippi-based belter LaPorsha Renae, whose fiery performances of Mary J. Blige and Adele have propelled her to tonight’s final one-on-one showdown. Sure, that spark might have been revived just in time for Idol to say goodbye, but at the very least it offers a reminder of the place the show had in the country’s heart — and on its prime-time schedule — over the last 15 years.