How 'Orange Is the New Black' Revolutionized TV: Inside the New Issue - Rolling Stone
×
× 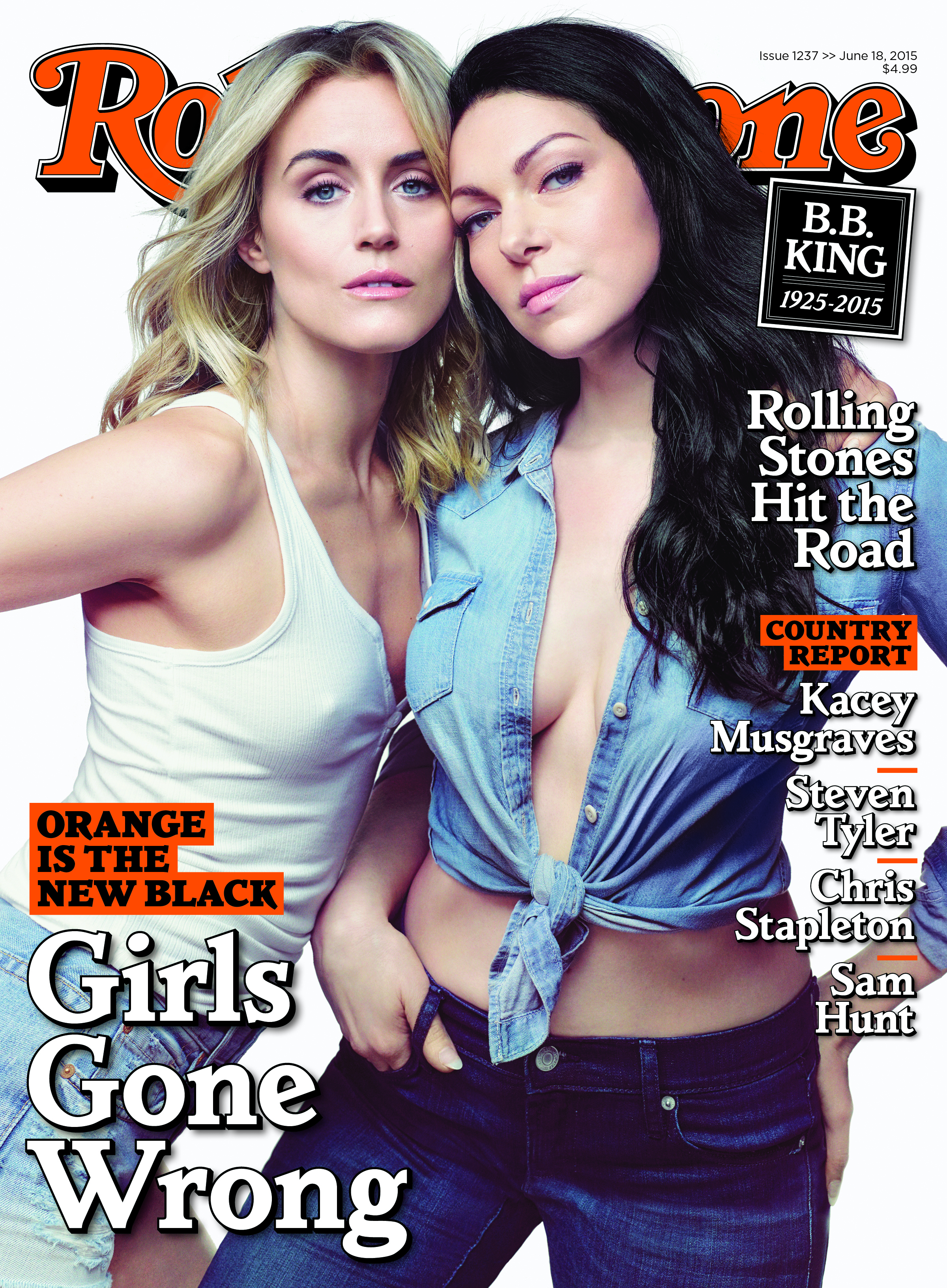 As gripping as it is funny, Orange Is the New Black has become one of the most forward-thinking and revolutionary shows on television in just two years’ time. The new issue of Rolling Stone (on newsstands this Friday) features stars Taylor Schilling and Laura Prepon on the cover and no-holds-barred interviews with the cast, creator Jenji Kohan and memoirist Piper Kerman, whose book inspired the series. Mac McClelland’s cover story explores all of the reasons why the series has become mandatory viewing – how it primarily features women in its cast, shines a light on gay and transgender issues and gives a voice to one of the most marginalized groups in America: prisoners.

It also delves into some of the bigger-picture issues that underlie the show’s drama and humor. “Our prison-industrial complex is out of control,” Kohan says. “It’s something that needs to get talked about, and I’d love to start that conversation. But I can’t be didactic about it. I’m here to entertain. This is my activism.”

'Orange Is the New Black': The Rolling Stone Photo Shoot

In the article, actresses Laverne Cox, Uzo Aduba, Selenis Leyva, Lea DeLaria and Natasha Lyonne, among others, all reveal how they’ve drawn from their personal lives to make one of the most enthralling shows on television. In the video below filmed at the cover shoot, Schilling and Prepon talk about the dynamic between the cast members, the feedback they’ve gotten from viewers who’ve been in prison and how the show has opened a window into a world most people don’t know much about. Watch it, then check out the biggest revelations from our cover story:

Laverne Cox can’t believe the impact the show has had on diversifying TV.
When Cox was growing up in Alabama, the number of transgender actors and actresses on TV was exactly zero. Now she’s not only a star on Orange Is the New Black, but she’s also set to appear as a transgender lawyer in an upcoming CBS pilot. “We’ve revolutionized television,” says the actress who three years ago was working in a restaurant. “The unprecedented diversity that we just saw in pilot season I think would not be possible if it weren’t for us.”

Uzo Aduba got the role of “Crazy Eyes” after a personal revelation.
The surreal moment Aduba got the phone call telling her she’d been cast is forever etched in her memory – and it seems even more surreal in hindsight. The high-school track star and classically trained opera singer vividly recalls watching an episode of Oprah’s Master Class with guest Lorne Michaels on September 14th, 2012 at 5:43 p.m., when she saw a dreamy image of a swing hanging from a tree backed by a pink sunset and then the words, as Michaels said them, “Keep the faith.” At that moment her phone rang with the offer. When she rewatched Master Class, the scene she saw wasn’t there. Asked how she feels about having hallucinated the vision, she says, “Who cares? Because I know that’s real.”

Natasha Lyonne still draws from the rough patch in her personal life for her role.
Prior to taking the role of Nicky Nichols, the actress – who has been on TV sets since age six – made headlines for her off-screen behavior, including a DUI and allegedly harassing her neighbors and threatening to molest their dog. She was later hospitalized and received treatment for heroin addiction, hepatitis and a heart infection. “I had to learn how to walk again,” she reveals. When she read the Orange script, she phoned up Kohan and said, “Listen, all this junkie business, I know all this stuff. This is my language, guys.”

Piper Kerman, who wrote the book Orange Is the New Black, loves how the show speaks to prisoners’ rights.
Although the storyline of the TV adaptation has begun diverging from her memoir, the author says she’s pleased with how it continues her cause. Kerman, who now teaches writing at two prisons, told Rolling Stone she hopes viewers “recognize these millions of people who are in prison right now as human and as interesting as people who are of value.”

Look for the issue on stands or download it on Friday, June 5th.