Traditionally, TV pilots are pitched, greenlit and then presented to network executives, who view the finished products in the privacy of their own studio-lot screening room and then, like the modern Roman emperors they are, vote with their thumbs. Never one to do things the old-fashioned way, Amazon has opted to let the audiences have a say in the process as well — the streaming service-cum-online network posts a round of comedy, drama and kids’ series pilots they’re considering for series on their site, and let viewers decide which ones are worth moving forward on. Welcome to democracy in action, folks!

Starting today, you can head to the Amazon’s pilot HQ and sample the latest contenders for watercooler-conversation fodder. But because we live in the age of “Peak TV” and your viewing time is finite, we’ve taken a look at the site’s Fall 2015 comedy and drama offerings and have ranked them according to Must-See-ability. (We’ve only focused on these two categories; you’re on your own for the childrens’ programming.) Which of these may be the new Transparent — and which should be relegated to that great pilot graveyard alongside this? We’ve got your back.

Edge
Synopsis: In a town called Hate, an ornery Civil War veteran (Max Martini) is determined to track down the no-good varmints who recently killed his brother. Violence — the graphic, fetishized and bloody-as-hell kind — ensues.
Should You Care? An adaptation of George G. Gilman’s brutal pulp-oater books, this Western series from writer/director Shane Black has a seriously charismatic lead in the blue-eyed, buffed-up Martini — and little else to offer, other than a love of Caro syrup and a lot of self-regard. Its villain, played by True Blood‘s Ryan Kwanten, comes off like the human equivalent of a mustache stroke, and not even the show’s dusty, overcooked Edge-iness (chastity belts, racism and severed fingers, oh my!) can keep you from thinking that this exists simply to make Hell on Wheels look better by comparison.
Rating: 4

Good Girls Revolt
Synopsis: Women, including Nora Ephron (Grace Gummer), battle sexism and advocate for equal rights at a chauvinistically structured magazine in the late Sixties.
Should You Care? Something between Mad Men and The Newsroom – if either show had made women the central characters – this hour-long drama tells the true story of a group of female reporters who banded together to take on patriarchy at Newsweek (or News of the Week, as it’s clunkily known here). The pilot revolves around how the tenacity of one woman (played by Genevieve Angelson) helped the publication report the Stones’ deadly Altamont concert, and how Ephron introduced her new colleagues to feminism. Jim Belushi and Chris Diamantopoulos (Silicon Valley, Episodes) excel at portraying the women’s stodgy, old-school overlords.
Rating: 8 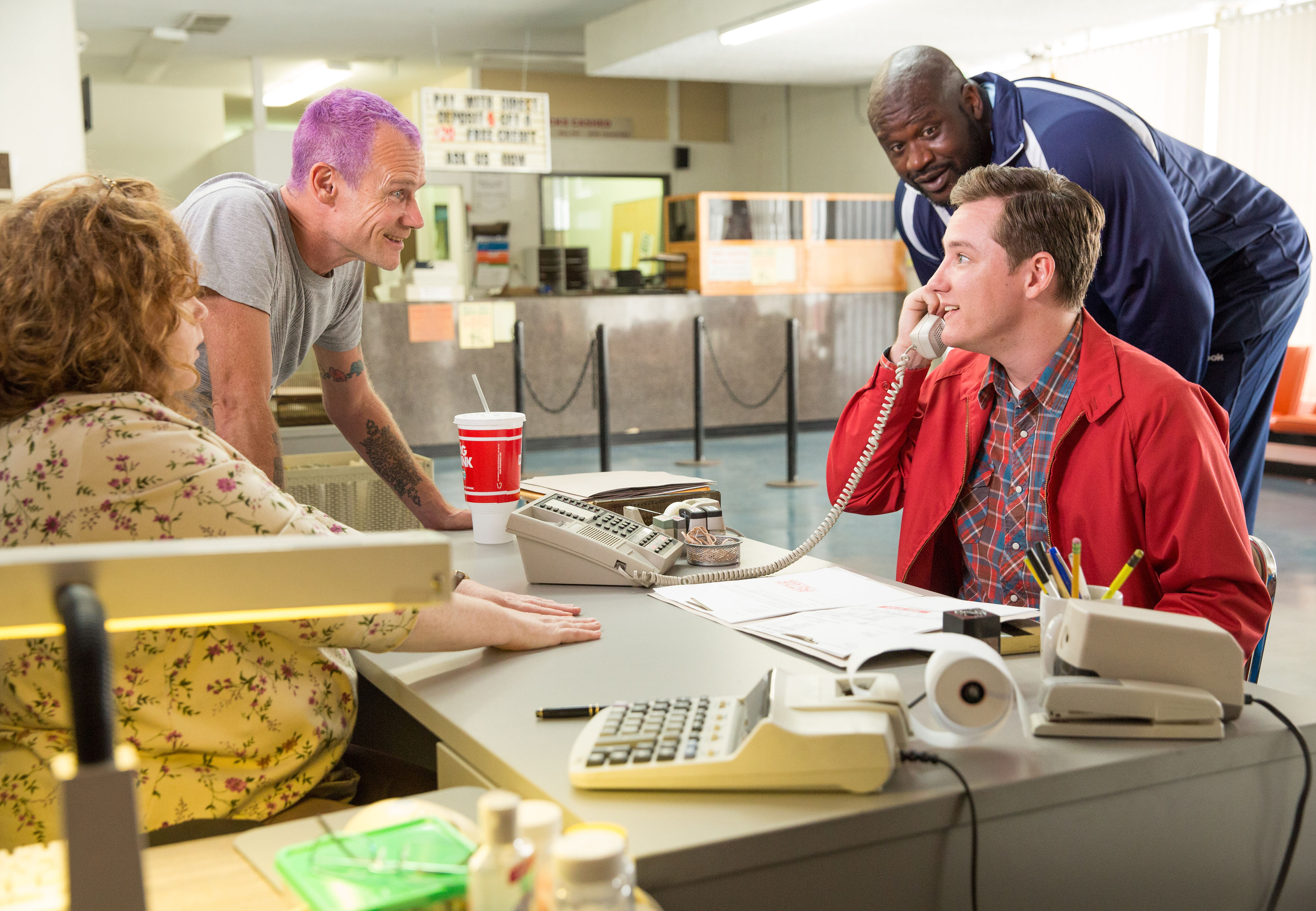 Highston
Synopsis: A schizophrenic 19-year-old goes on adventures with imaginary friends who happen to be living celebrities. It’s a comedy.
Should You Care? The best and most .gif-worthy scene in this half-hour comedy depicts Flea jamming with Shaq, as actor Lewis Pullman, the show’s hallucinating protagonist Highston, plays drums. The rest are middling attempts at comedy at the expense of the character’s mental health, as well as taking a toll on the viewers’. Although the cast is strong and features Chris Parnell, Mary Lynn Rajskub and Curtis Armstrong, it never lives up to its individual parts. Only fleeting moments, like when Flea flips off a shrink who hates the Chili Peppers, prompt chuckles; the rest is as predictable as it is unremarkable.
Rating: 4

One Mississippi
Synopsis: A stand-up comedian (Tig Notaro) goes back to her Southern hometown to see her dying mother and decides to stick around, especially once her girlfriend (Casey Wilson) shows up.
Should You Care? Fans of Notaro will already be attuned the show’s beautifully deadpan, absurdist comedy (the pilot kicks off with her telling an anecdote about running a hard-to-get-a-reservation restaurant for her stuffed animals as a child) and how her recent health issues inform this slice-of-life comedy. Everyone else will have the pleasure of dipping into this semi-autobiographical story about coming to grips with mortality, grief and awkward questions regarding double masectomies and then coming away as instant converts. From the direction of indie veteran Nicole Holofcener (Enough Said) to the show’s slightly skewed sense of observational humor — you can tell that Louis C.K. was the executive producer here — everything about this pilot feels right. We can’t wait to see more.
Rating: 9 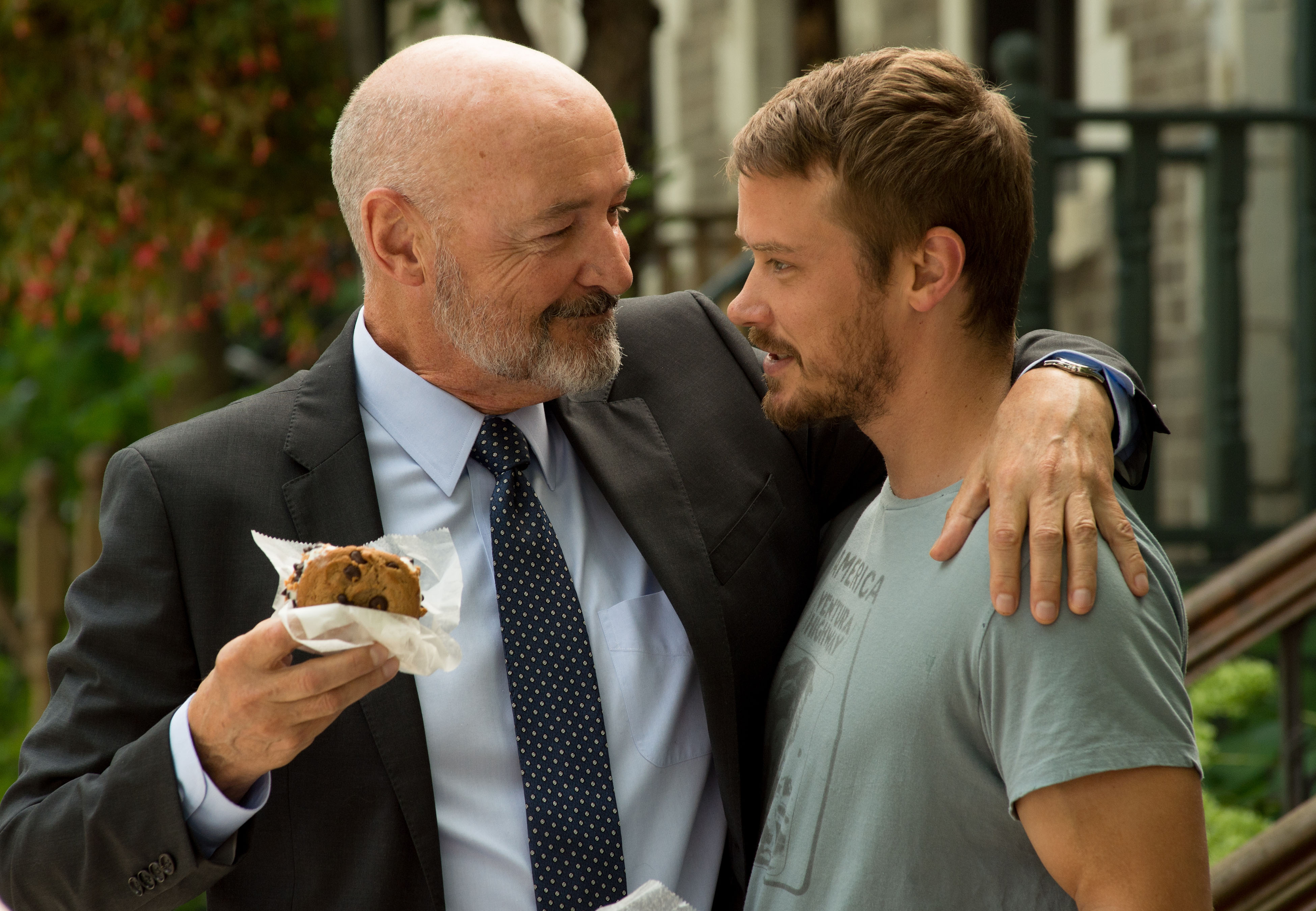 Patriot
Synopsis: An unstable and traumatized spy goes undercover at the behest of his intelligence-officer dad at an industrial piping company, tangling with baddies and his new colleagues, as he tries to keep his life under control.
Should You Care? Neither disappointing nor extraordinary, the intricate, hour-long drama mixes espionage drama with the occasional quirky turn (the protagonist sings folks songs that give away national secrets, he wantonly throws his competition for a job under the bus – literally). It works only because actor Michael Dorman plays an unwitting, sometimes clumsy, Chris Pratt–style action hero in a way that makes you almost feel sorry for him. That is, you feel sorry during the times he’s not stabbing his new coworkers in the leg to get them to stop asking him about being a spy after he blows his own cover.
Rating: 6

Z — The Beginning of Everything
Synopsis: A young Southern libertine (Christina Ricci), flirts, rebels and comes of age in the early 20th century. Did we mention her name is Zelda Fitzgerald?
Should You Care? Remember when were all clamoring for that life-before-F. Scott prequel for everyone’s favorite proto-flapper? (Of course you don’t.) The idea of exploring the 1920s It couple’s origin story is intriguing as a concept, and any show featuring the mighty David Strathairn deserves your attention. But not even the novelty of attempting a sort of Jazz Age: Year Zero look at this female icon can offset the Wilson-era Americana overdose and a cloying Southernsploitation quaintness that goes down like a thick mint julep. “Things are sweeter when they’re lost,” Zelda quotes at one point. This pilot provides an ironic, inadvertent Exhibit A for that very sentiment.
Rating: 3