How 'Childhood's End' Finally Made It to TV - Rolling Stone
×
×

They descend from the skies, these huge motherships hovering over the big cities and major metropolitan hot spots of our planet. The aliens piloting these massive UFOs — call them Overlords — initially prefer to remain unseen; eventually, a representative named Karellen will make his presence known. They promise to help humanity achieve a new step in our evolution. Only their platitudes of peace and intergalactic prosperity doesn’t jibe with something we’ve seen earlier: A flash-forward of a lone figure sitting on a couch in the middle of a desolate wasteland, remembering when the Overlords arrived decades earlier. “I’m the last human being,” he declares to a floating orb.

Welcome to Childhood’s End, a three-episode event series that begins tonight on Syfy and finally brings Arthur C. Clarke’s celebrated 1953 novel — the Rosetta stone for the “first contact” narratives that have become a staple of modern science fiction — to the screen after decades of false starts. In fact, the author himself tried to adapt his seminal close-encounters work back in the 1960s with Stanley Kubrick, but the pair were unable to secure the rights. (Instead, they decided to work on a story based loosely on Clarke’s 1951 short story “The Sentinel”; they’d christen the project 2001: A Space Odyssey.)

Over the years, everyone from folk singer Richie Havens to Boys Don’t Cry filmmaker Kimberly Pierce expressed interest in turning this tale of space invaders with a hidden agenda into a movie; eventually, the rights to the book moved from Sony’s film division to television, at which point the Syfy network jumped at the prospect to make it. Matthew Graham, a writer best known for the British show Life on Mars, signed on, as did producers Akiva Goldsman and Michael De Luca. “I read the book when I was 13 or 14 years old, and it grabbed my imagination on a visceral level,” says Graham. “I wouldn’t go so far as to say it was always with me, but it was certainly a book I remembered.”

Why did it take so long for Childhood’s End to get made? For starters, there were difficulties in plausibly depicting the novel’s flights of thematic abstraction. As Games of Thrones’ Charles Dance (who plays Karellen) puts it, “We’ve now made so many advancements with CGI and the whole digital thing that the camera can tell the most blatant lies. We can do anything now.” (This is certainly true in regards to Karellen’s appearance, which involved over four hours of applying prosthetics to Dance each day.)

And many of the novel’s themes would, to put it lightly, set off the warning bells for most mainstream studio executives. Syfy’s executive vice-president for original programming Bill McGoldrick puts it bluntly: “It never got made because people were scared of the ending.” (Without spoiling the ending for anyone who hasn’t read the book, it’s enough to remember that the first character proclaims himself to be the last human in existence.) “But modern television is all about breaking those rules.”

Among those rules: giving a dense, complex novel plenty of room to breathe over a multi-episode, yet finite format, while still bringing something new to the mix. Most recent televised versions of novels either dramatize series with multiple books (Game of Thrones) or simply expand the author’s original world (The Leftovers), thereby giving themselves the room to develop and grow outward. Childhood’s End, on the other hand, demands an adaptation longer than a single film, but has a well-defined ending that would make an ongoing series difficult. And though the miniseries is devoted to the themes and major beats of Clarke’s novel, it also takes quite a few liberties, which makes sense given some of the talent involved. In the book, the central human character is Rikki Stormgren, the secretary general of the United Nations; for the adaptation, the hero has become Ricky Stormgren, a Missouri farmer played by Under the Dome’s Mike Vogel. “I don’t think for one second the United Nations now sounds to any of us like the pinnacle of thinking and clear communication,” Graham says. 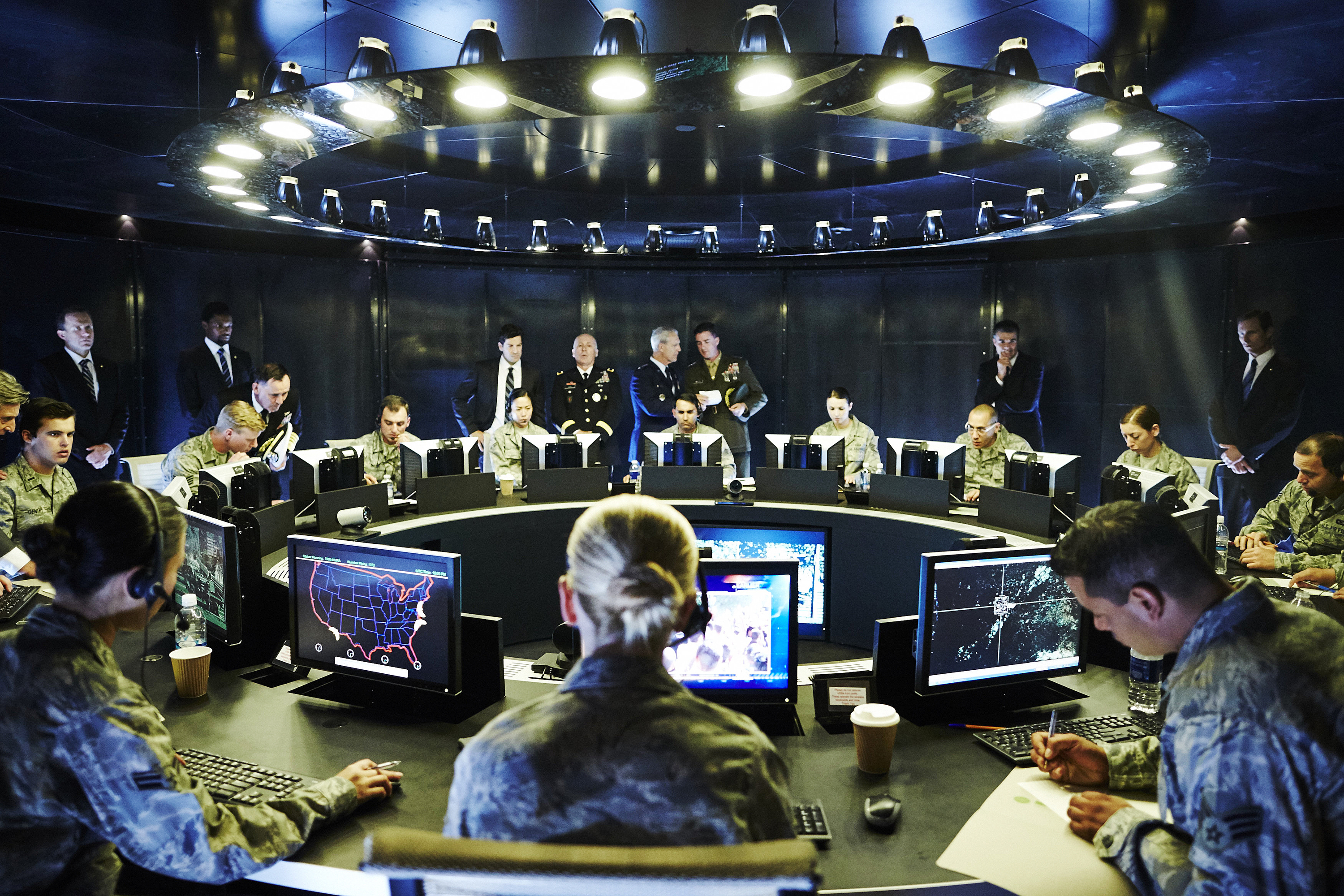 And nearly the entirety of the second night is material expanded from the book, which bypasses life under the Overlords’ rule in favor of focusing on Julian McMahon’s Rupert Boyce, who Graham describes as a “Richard Branson-esque” character with a “slightly kitschy, cheesy edge.” (He’s the one responsible for setting up an infamous scene in the novel involving a giant Ouija board, which remains intact in the series.)

Not that these deviations bothered most of the cast and crew. “Having read the book, I didn’t keep referring back to it,” Dance says. “It’s kind of counterproductive when actors do that, come onto the set with a well-thumbed copy of the book and start complaining.” According to the creators, trying to make things different is part of the DNA of the production. “I have a tendency to deviate from source material at every turn, and have made a career of it — for better or worse,” Goldsman admits, evoking past projects including I am Legend, I Robot, and The Da Vinci Code.

Ultimately, however, Childhood’s End retains the central point of Clarke’s novel: the acceptance that there is, in fact, an end game for everything. “That’s ultimately what I think Clarke’s book is about: acceptance,” Graham says. “The Christmases we had as children aren’t the same Christmases we have as adults. And one day, there will be no more Christmases for any of us.”