Adultery, small-town secrets, murder, penis injuries, sex, lies and Elvis impersonations – if you were looking for a modern version of Peyton Place jacked up on steroids and white wine spritzers, Big Little Lies was your go-to Sunday night viewing. But the limited, seven-episode run of HBO’s glossy, seaside soap opera didn’t become one of the most talked about TV events of the year just by gathering together an Avengers-like movie-star ensemble cast (Kidman! Woodley! Witherspoon! A-listers Assemble!) and giving them license to behave badly. Rather, this adaptation of Liane Moriarty’s bestselling novel about a group of well-to-do women generated Twitter chatter by making its audience wait for it. In the age of binge-watching and beware-of-social-media spoilers, the show gave viewers a mystery worth solving in the very beginning of the first episode – and then withheld the identities of both the killer and their victim until the final moments of show’s finale. You had to work to crack this case, which isn’t surprising. You might say that solving crimes, true or otherwise, has became our new national TV obsession.

Sundance 2017: 'Casting JonBenet' and the Age of True-Crime Entertainment

Even as streaming services have shifted what we can even call a “hit” anymore, both real and fictional murder mysteries have kept the traditional notion of watercooler TV alive and well online. On HBO alone, the weekly docuseries The Jinx saw an 80-percent spike in live viewership for its 2015 finale, where the subject Robert Durst appeared to accidentally confess after muttering to himself in a hot mic during a bathroom break. In 2014, crime anthology series True Detective broke records for the premium channel, gaining 3.5 million viewers during its Season One finale and even temporarily crashing the HBO GO streaming platform. Last year’s whodunnit hit The Night Of had 2.2 million viewers watching its tense, jarring finale. And per The Hollywood Reporter, Big Little Lies had begun outpacing that last show to the tune of 7 million viewers going in to last night’s revealing finale.

And it’s not just on the premium-cable network: Elsewhere, more 19 million people watched Netflix’s Making a Murderer in the first 35 days after the docuseries premiered at once on the platform. As reported by Business Insider, the numbers of other streaming-exclusive series like Netflix’s Jessica Jones and Amazon’s Transparent did not even average half of Making a Murderer‘s numbers. Outside of the program, the questionable imprisonment and investigation of Steven Avery and Brendan Dassey led to a re-opening of the case, with the latter’s conviction overturned.

Even criminal trials and murder mysteries that captivated the nation in real time over the last few decades have re-emerged as must-see TV. O.J. Simpson’s trial fueled both an anthology series (Ryan Murphy’s American Crime Story: The People v. O.J. Simpson) and an Academy Award-winning documentary (O.J.: Made In America, which first broadcast on ABC and ESPN). Impressively, ACS premiered with a record-breaking 5.1 million viewers; its “live plus-3” ratings, factoring in DVR and On Demand, drew in 8.3 million, making for FX’s largest premiere to date. JonBenét Ramsey’s unsolved murder and the exoneration of Amanda Knox have also become docuseries fodder. (And don’t even get us started on the true-crime podcast revolution and the growing fervor for brought-to-you-by-the-Serial-team hit S-Town.) 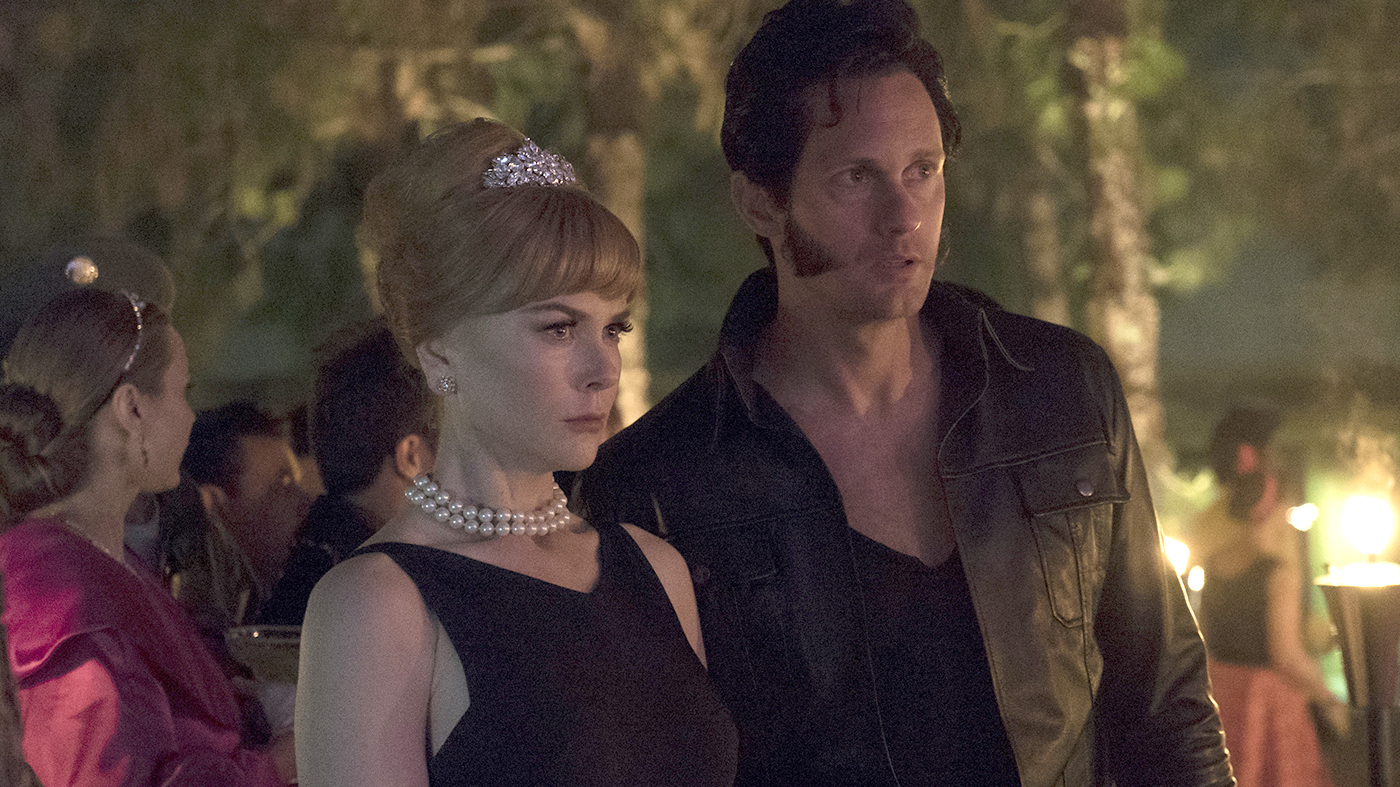 Murder mysteries drawing in big numbers is not a new phenomenon. Some of television’s biggest cult followers are drawn in by the intrigue, as seen in the enduring fandoms of both short-lived series (Twin Peaks) and long-running programs – see the frenzy that fueled Dallas‘ “Who shot J.R.?” fever. That primetime soap’s 1980 episode that revealed the killer, titled “Who Done It,” drew in 83 million viewers, and was the highest-rated television episode in U.S. history at the time. Recent Super Bowl telecasts and the 1983 finale of M*A*S*H beat its numbers and cracked the 100-million mark.

What Big Little Lies adds to the trend is a fresh perspective. Many of the aforementioned shows invited the viewer to get inside the mind of the male victim/accused murderer at the center of the mystery; the Simpson-centered programs offered reflections on what the “trial of the century” said about race and celebrity in America. Without victim-shaming, Making a Murderer took a look at what it meant when the justice system takes advantage of lower-class and mentally disabled suspects.

The HBO show, however, is woven from a variety of perspectives, [spoilers approaching] looking at the events leading up to the trivia-night murder of Alexander Skarsgård’s abusive husband, Perry. You might have guessed he would end up being the corpse at the center of the conversation, given the growing intensity of therapy scenes of his bruised wife, Celeste (played by Nicole Kidman), and her plan to leave him for good. And the interrogation room interviews with members of the Monterey community painted a picture of numerous soccer moms on the verge of a nervous breakdown, making it clear that at least one of the gossip-attracting women about the town may have been responsible for the death.

Yet none of the show’s heroines – Kidman’s Celeste, Reese Witherspoon’s Madeline, Shailene Woodley’s Jane, Zoë Kravitz’s Bonnie and Laura Dern’s Renata – are presented as one-dimensional victims or stock, upper-class shrews. We’ve witnessed a lot of drama, accusations and backstabbing transpire between them, for sure. Yet the show’s coda, in which they all bond together on a beach after protecting one of their own, feels like a triumph – especially coming after a steady run of the dead-girl narratives at the center of most popular murder-central series. Like the increasing number of viewers bonding around shared screen time absorbing and dissecting both real and imaginary heroes/victims/killers, these women are tied together by the catharsis of revenge on the bad guy and comfort that it was not them. (This time.) Many of these TV mysteries end with the sense that justice has not, and can never really, be served. This one bucks the trend. So yes, give us lies. Give us Big Little Lies.