You probably didn’t know James Foley, but you may have watched him die. You’ve almost certainly seen an image from the day of his death, the 40-year-old freelance journalist from suburban Illinois kneeling at the feet of his hooded executioner in an anonymous stretch of desert somewhere in northern Syria. In Jim: The James Foley Story, a new documentary about the war correspondent, one of his fellow reporters refers to the tableau of her colleague’s murder as the second-most iconic image of the 21st Century — only the planes flying into the World Trade Center on 9/11 cut a deeper scar. Millions of people who don’t know his name are nevertheless still haunted by his fate.

Inside Baghdad's Brutal Battle Against ISIS

Premiering at the Sundance Film Festival, (HBO will broadcast the film on February 6th), Jim is a far cry from the kind of documentary that you’d expect about a man whose name has become synonymous with our politically fraught age of terror. It’s not a hard-hitting investigative exploration as to why the United States government failed to rescue Foley, or what might have inspired someone who had just survived 44 days of captivity in Libya to return to the most dangerous pockets of the Middle East. Nor does the film pretend that Foley was the gung-ho Edward R. Murrow of his time. It’s simple one man’s deeply affectionate and transparently personal attempt to reclaim a man he loved from the grave robbers of history — the film is called “Jim,” because that’s what director Brian Oakes always called his childhood best friend.

“The world knows him as an American journalist in an orange jumpsuit who was beheaded,” Oakes says softly, standing outside one of the festival’s theaters before a screening of the movie. “That’s how his image was propagated around the globe. And I was uncomfortable with some of the ways it was being used, from political agendas to sensationalized articles, so as a friend I felt a responsibility to Jim and his family to tell the story behind the person. Knowing who James Foley is recontextualizes that image and takes it away from its intended purpose.” He and the Foley family may have been powerless to save James from ISIS, but it’s not too late to rescue the man from the narrative that his killers imposed on him.

An experienced motion graphics artist whose work has appeared in high-profile docs like Finding Vivian Maier, Oakes was spurred by his personal loss to get behind the camera for his first feature-length film. In order to disentangle Foley from the shackles of his death, Oakes knew that his portrait couldn’t include the video of his subject’s execution, or even still frames from the footage. And he lets you know that right off the bat — in an unusual (but deeply appreciated) move, Jim begins with a disclaimer that it doesn’t feature any depiction of the murder. “I think the video of Jim’s execution is something that people choose not to watch,” Oakes explains, “so for me to put that in the film would be irresponsible, because why would I want to take that choice away from someone?” Even during the research phase of making the doc, he never even considered watching it: “The video has nothing to do with the film. It’s just a piece of video that’s not really relevant to this story.”

“I think the video of Jim’s execution is something that people choose not to watch. The video has nothing to do with the film. It’s not really relevant to this story.”

Jim is, in fact, as apolitical as possible — beyond a passing mention of Muammar Gaddafi and the militia gangs that filled the void left behind by his regime, the movie hardly touches on the strife that Foley died to document. Instead it skews painfully personal, remembering who Foley was without turning him into a saint and exploring what his choice to return to the region revealed about his character. “You’re risking your life for 300 fucking dollars a day,” one of the journalists says to the camera when asked about his reasons for running into a warzone. “You’d have to be really stupid to be risking your life for just 300 fucking dollars a day.”

To hear it from Oakes, Foley was afflicted by a chronic need to help. Citing an episode from the film detailing Foley’s successful campaign to raise the money that a Syrian hospital needed for an ambulance, the director reasons that his friend “Just loved people — he loved the underdog.” 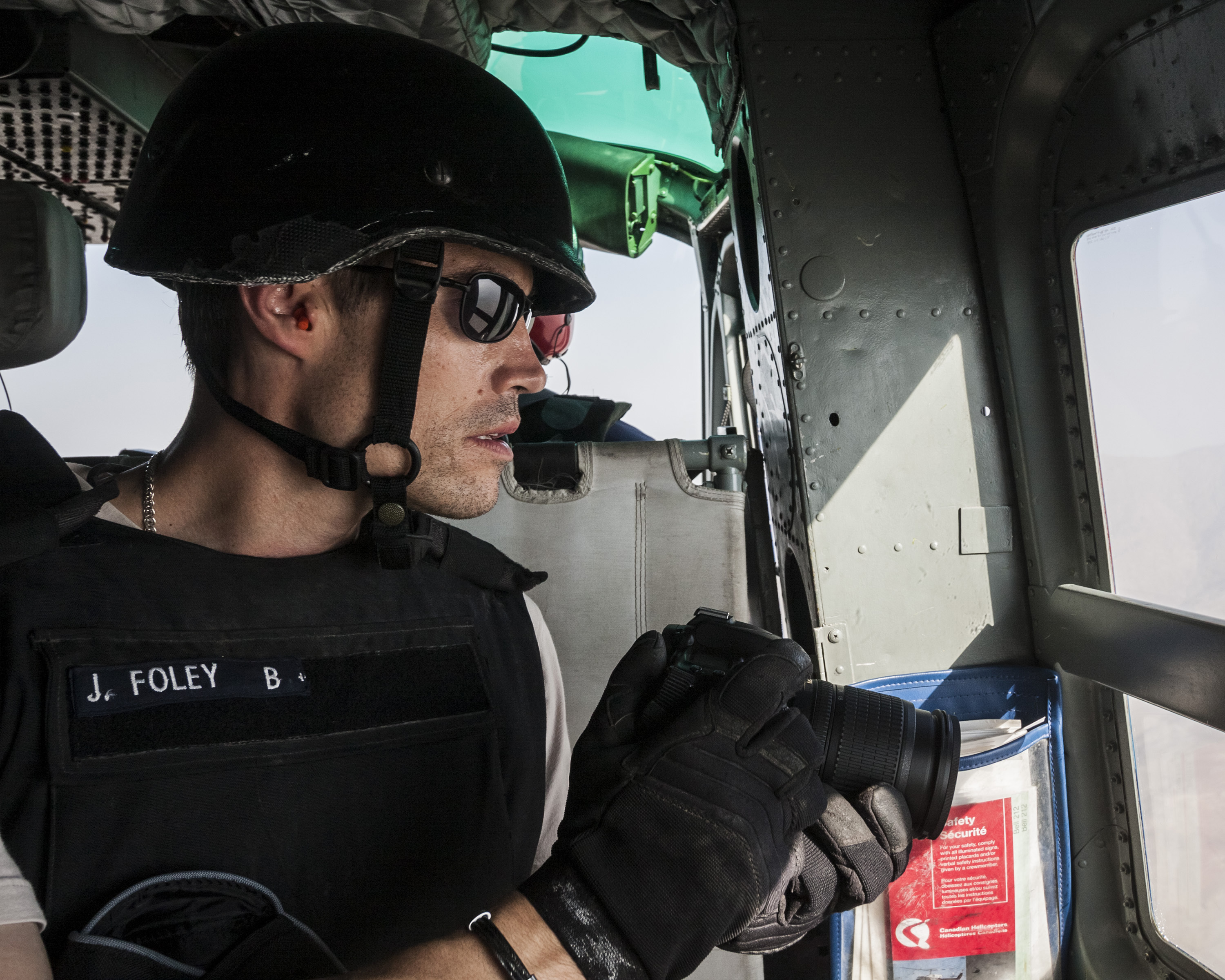 Pierre Torres, a French photographer who was held hostage with Foley for 10 months before being released in April of 2014, agrees; he’s flown all the way from France just to back Oakes up during the film’s festival press interviews. “For some people, the job is all about international affairs, but for Jim and some others they’re more interested in what goes through the head of a basic citizen. That’s especially important in places like Libya and Syria where there’s no real centralized organization or government and it’s really hard to understand what the people have in mind because they’re very different from us, they’re coming from another culture, and their situation is incredible. There is no book to learn that.” Torres chooses his next words carefully: “You have to be truly interested in people; you cannot cheat out of that. Jim was really good at that.”

When asked if their captors were harder on Foley because he was an American, Torres nods, but then quickly flips the conversation so that it focuses less on how ISIS disempowered the film’s subject than on how the captive maintained his sense of self: “Jim was targeted at the end, and when one of us asked him why he thought they were putting special pressure on him, he just said ‘It’s easier to kick an old dog.'” Oakes claps his hands and melts into a smile: “That’s so Jim. That’s just classic.”

It’s that zeal, in fact, which made him indispensable in the field and ended up contributing to his tragic end, that makes Jim such a compelling, complicated subject. “When he was a kid, he had great physical courage,” the director recalls. “We would go jump off the cliffs into the lake, and he would dive headfirst while everyone else would pencil in screaming.” Listening to Oakes reminisce, it starts to make sense how Foley could’ve gone straight back to the front-lines after being rescued from Benghazi in 2011. “He had an itch he couldn’t scratch when he was domesticated,” a family member sighs in the film, detailing how Foley ditched a full-time desk job in New England in order to fly back to the fray.

But Jim is particularly heartbreaking not only because we know how Foley’s story ends, but because the film doubles as a testament to the residual feelings of remorse for someone who couldn’t be there for his friend’s darkest days. “Maybe I have guilt that I haven’t even thought of yet,” Oakes admits. “Maybe I should’ve spent more time with him or talked to him more about what he was doing. But this film for me was my way of carrying on Jim’s work that he was doing in Syria, and letting people who are interested in his story know who he was. I wanted to protect Jim’s legacy. I think — I hope— that he would be proud of it.”