A year after Fox revived The X-Files, Gillian Anderson and David Duchovny are once again stepping into the roles of Dana Scully and Fox Mulder for a new audiobook. X-Files: Cold Cases, an original production by Audible, presents brand-new stories for the pair, providing a backstory to the characters’ lives between the movie The X-Files: I Want to Believe and last year’s miniseries. It will come out on July 18th.

A clip from the recording, premiering at Rolling Stone, contains audio of Scully running, out of breath, while calling a medical service. A voice comes on the line, addressing her as “Dr. Blake,” and she describes a group of people wearing hoods and robes who are chasing her. “They’re chanting,” she says. “I have a gunshot wound to my left arm, and I think the chanting is some kind of psychic attack.” Scully explains who she is and asks for the receptionist to get her message to the FBI’s Assistant Director Walter Skinner. At the end, she confronts the surprising, supernatural person who shot her and things get really strange.

Gillian Anderson on the Future of 'The X-Files'

The plot revolves around a database breach at the FBI, allowing a group to access unsolved X-files that have been dubbed “cold cases.” As villains from the agents’ past begin resurfacing, Mulder and Scully come out of hiding to challenge the conspiracy, which also involves the U.S. government and extraterrestrial forces.

Other characters in the story, voiced by their original actors, include Skinner, the “Cigarette-Smoking Man” and the Lone Gunmen. 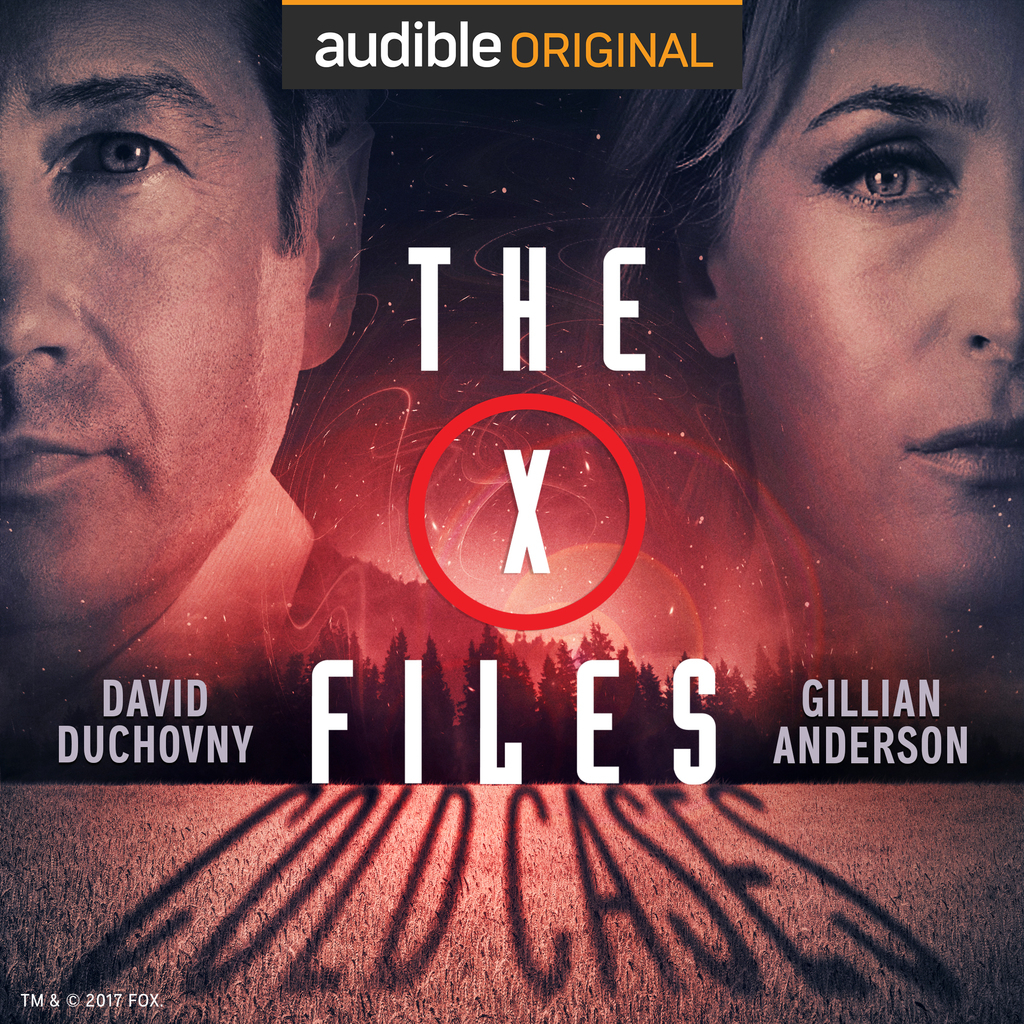 The source material is graphic novels written by Joe Harris, with X-Files creator Chris Carter serving as producer and creative director. Dirk Maggs, whom Audible describes as an “aural auteur,” adapted the story to the audio format; he previously worked on The Hitchhiker’s Guide to the Galaxy and Alien: Out of the Shadows.

The audiobook is available for pre-order now.

After the sixth and final episode of the miniseries aired last year, ending with a cliffhanger, Carter vowed that the show would be back. “It’s really a matter of when the actors would be able to do it, when they’re available at the same time,” he told The New York Times. “We’d also need a schedule that would give us enough lead time to make it interesting. Nothing’s been written yet. I’ve written down a lot of ideas but there’s nothing even close to a script.”