Portlandia co-star and Sleater-Kinney singer Carrie Brownstein told Rolling Stone last year that working with Glenn Danzig on the sketch-comedy show was “amazing.” “He’s really smart and very Jersey,'” she said. “And he can make fun of himself, which is one of the most endearing qualities for anyone in this day and age of incessant narcissism and solipsism.”

Danzig’s episode of the show, “Weirdo Beach,” airs on Thursday. In the episode, he plays a Romanian man who — by the singer’s estimation — could be an “ancient vampire” named Radu. His purpose, other than to chill on the beach, is to educate Fred Armisen’s goth character on how to relax in the sand. “My friend, you need a beach outfit,” Danzig’s character says, as ominous music plays. “But the beach, it has its own expression, its own style. Let me share with you what I have found. Are you familiar … with Billabong?”

The singer says the whole experience of filming the episode was fun and hilarious. Here, he tells Rolling Stone about why he did Portlandia and what makes him chuckle.

Why did you want to do Portlandia?
I’m a big Fred Armisen fan. I love also what he and Carrie do on Portlandia. They sent me the script one evening after I had just gotten off tour. It was kind of very, like, quick. They wanted an answer really quick because they had tried to get in touch with me but couldn’t. They had already hired somebody else [laughs]. They were like, “If you want to do this, you have to come up here tonight.” So I read the script and it was just too funny! I had to do it. There’s one line in it that was so funny, I said, “I got to do this.” It’s hilarious.

What was the clincher?
The “Billabong” line [laughs]. We did it the first time on set. After the line, I held it as long as I could, and then I just cracked up and the whole set cracked up. Literally everybody on the set was laughing about it. It was so funny. That line clinched it for me. Fred is, like, a genius. Carrie is awesome.

What did you think of Fred and Carrie’s goth costumes?
Oh, I had seen those characters before. The whole set on the beach is great. They had dead flamingos and gravestones; their all-black area on the beach is pretty funny.

Speaking of Carrie, were you aware that Sleater-Kinney has covered “Mother?”
I knew that they were fans. I didn’t know that they covered “Mother.” Someone told me that Fred and Jimmy Kimmel did “Mother” karaoke. I don’t know if it’s true or not.

So what is your style of comedy? What makes you laugh the hardest?
I like Bill Murray a real lot. I like Andy Kaufman. I don’t want to lump Fred in with Andy Kaufman, but he does really off-the-wall stuff, which is really appealing to me. I love a lot of Fred’s characters and, of course, Portlandia has just so many characters [laughs]. I like old comedy, too, like W.C. Fields. It looks like it’s just so easy. That’s like musicians. They make it look like second nature, like natural.

Who was the funniest person in your family growing up?
I don’t know. I don’t think anyone in my family was funny.

Maybe you picked up your sense of humor more from movies and TV.
Yeah. Sometimes on a tour bus, we watch comedy when it’s slow.

Do you have a favorite joke?
No.

OK.
One of my favorite bits though is when Andy Kaufman did this weird TV special, and there’s one routine where he makes fun of talk-show hosts. Whenever he would go on a talk show, they would always have the host sitting higher than the guest to get a power trip or something. So he did this thing where he was interviewing, and he’s, like, 18 feet in the air, looking down at them and yelling. It’s great. It’s just so funny.

It seems like you’re more into situational humor rather than jokes.
Some joke-based humor is really good. Like I said, I like W.C. Fields, but also the old George Burns and Gracie Allen Show is fantastic. Sometimes you have to wait for the joke. Some of the best comedians don’t get credit, like the straight man, like Jack Benny or George Burns’ straight man. They really set the joke up. 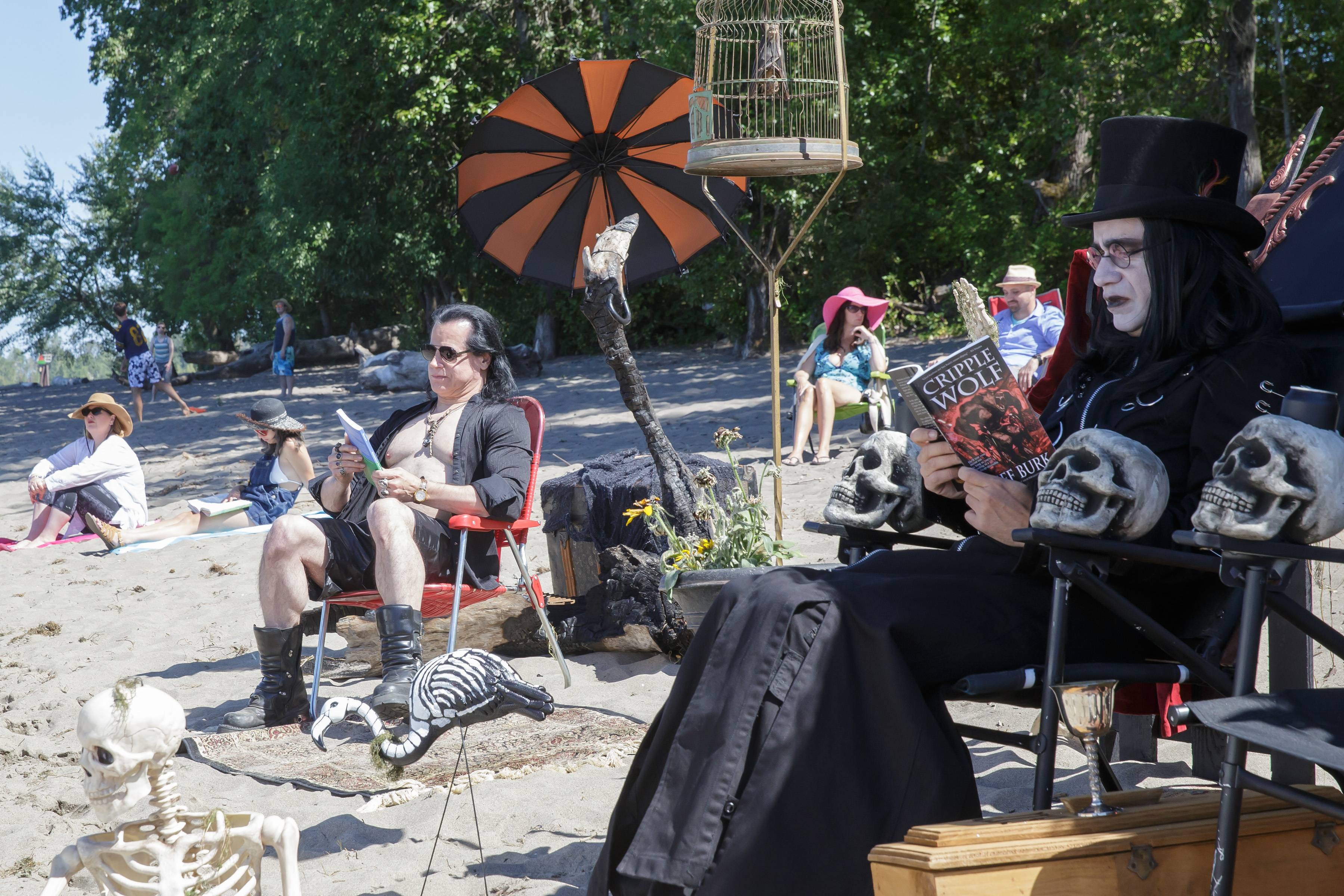 Henry Rollins once said, “Glenn, I don’t think, has a real wide berth for humor,” with regard to the underground comic book Henry & Glenn Forever. That doesn’t bother you?
No. But in that instance, I didn’t think it was very funny. I thought it was a very crappy, opportunistic book. People are extremely stupid.

Have you ever written songs with the intention of being funny?
I think a lot of times I’ll write a line sardonically funny, with a twist. It’s ironic. If I’m calling against something so absurd, I’ll call out the absurdity of it. It’s kind of funny, even if it’s not funny, but it is to me.

Can you give me an example of something you’re thinking of?
Oh, no. There’s so many of them [laughs]. God, pick any album and you’ll see it.

I was thinking something like Misfits’ “Spook City U.S.A.”
That’s campy. That’s not what I’m talking about. I’m talking about where it might not be funny to other people but it’s funny to me. It’s the irony. My sense of humor is a little bit dry.

So did doing Portlandia make you want act?
You know, I get offered stuff here and there, and a lot of stuff I turn down. If it’s something of substance, something cool like this, then yeah. It’s a lot of fun to do. It was just really easy working with Fred and Carrie. It was so laid-back. If it was always like that, I’d probably do it a lot more [laughs].