On the surface – and “surfacey” is probably what MTV’s producers were going for – Floribama Shore was marketed as trash TV in the vein of Jersey Shore: attractive millennials getting smashed and smashing things. It’s a winning formula that has worked countless times for the network, going back to The Real World and even the beach dance show The Grind. But as the network’s new show, set in Panama Beach City, Florida, unfolded over eight episodes, it revealed something unusual for the typical MTV drunksploitation: a soul.

Unlike the guidos and guidettes of romps past, at least a couple of Floribama Shore’s octet of twentysomethings have interesting backgrounds, which created a compelling arc that led up to last night’s finale. By setting the show in the South, they found millennials who pray regularly en masse. The muscle-strapped tough guys aren’t afraid to cry and show their sensitivity on camera. Each of the cast members, including a couple of the men who said they’d been homeless prior to shooting, had grown up in a way that isn’t regularly depicted on the network.

Nilsa Prowant, 23, was a young Panama Beach City divorcée, still smarting from perceived failure. Where the Jersey Shore crew reveled in the ethanol-fueled hijinks of carefree youth (Snooki was 22 when the first episode aired), Prowant was world-weary and world-wary, hopelessly in love with one roommate Jeremiah Buoni, 22, only for him to reject her; later, his brother also broke up with her because she still continually called her ex. In the end, she confessed to her parents that she felt as if she might never be taken seriously because of her divorce.

Then there was Aimee Hall, a 24-year-old Alabaman from a small town called Perdido, whose backstory seemed particularly sad even by MTV’s reality-TV standards. She’d just gotten out of a 10-year relationship with an abusive boyfriend who’d ended up cheating on her and impregnating her cousin. In one episode, she tells the roommates she dropped out of high school. Moreover, throughout the entire season she appears to be experiencing things that her roommates take for granted, such as getting a pedicure or going out to eat in a mall Italian restaurant, for the first time.

“I feel special,” she says while getting her toes done. “Only rich girls do stuff like this. … I just feel brand new. I feel boujie.”

And when one of the guys buys her a corsage, he says, “It’s kind of exciting getting flowers for a lady that doesn’t seem like she’s gotten flowers before from anybody.”

When she attempts to pitch in by cooking for her roommates, they greet her with skepticism. “I grew up super poor, and this is kind of embarrassing, but I don’t know how to cook fancy,” she says at one point. “I know how to cook taco soup or ramen noodles. That’s all I can do.” (The taco soup she made subsequently made several roommates sick. At least she was able to laugh about it.) 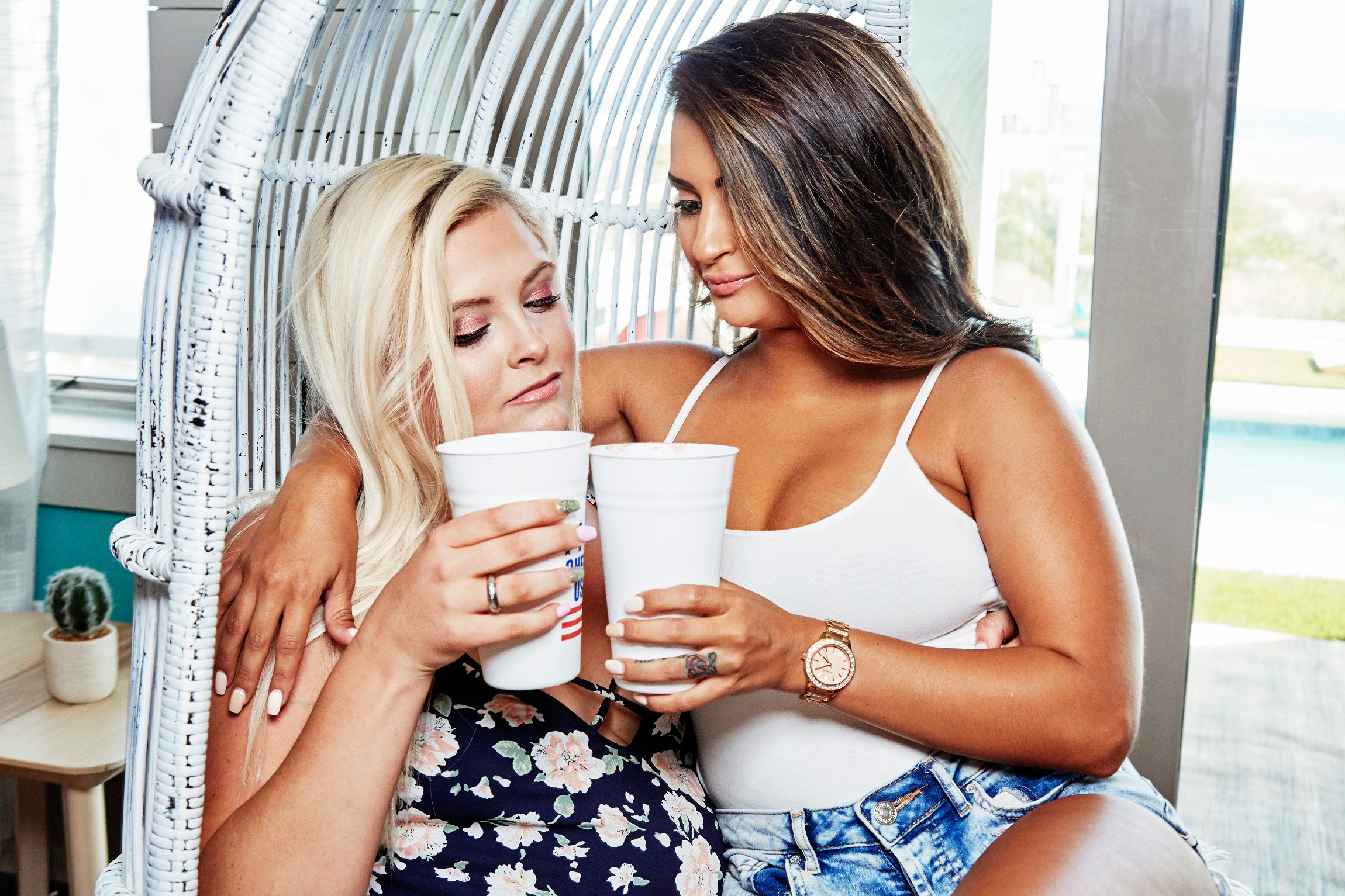 But it’s when the male roommates antagonize her – with one, the frequently violent 25-year-old Kirk Medas, telling her “in a million years with someone else’s dick I wouldn’t even want to fuck you” – that she becomes a raw nerve. “I might be a little chunky and stuff, but if I was the last person on earth, you would be happy to fuck me,” she tells roommate Kortni Gilson, 21, as some of the men criticize her appearance. Then it sinks in: That’s the way her ex spoke to her. She melts down, leading the roommates to dedicate a day to making her feel better. In another episode, when Hall and Prowant called old boyfriends in order to feel better about themselves, Medas again tore her down verbally (“talkin’ to me like my ex,” by Hall’s estimation) leading her to push him over. He punches a wall, saying, “[Aimee’s] lucky that’s not her fuckin’ face, for real.”

It was a genuine domestic disturbance, and it wasn’t entertaining. Hall’s experience was both moving and unusual to watch. For a network that has prided itself on “reality” (joke-quotes necessary), it was one of the realest tableaus MTV has broadcast.

And the network deserves credit for focusing on the South with this show. At a time when both traditional and social media are imbued with politics, here was a group of eight red-state denizens, who, despite their personal flaws, did not espouse any outward Trumpism (or for that matter, Hillary hating). They all found common ground with each other easily – praying, discussing their Christianity and talking about their families (both for good and bad) way more than the Jersey Shore crew ever did. 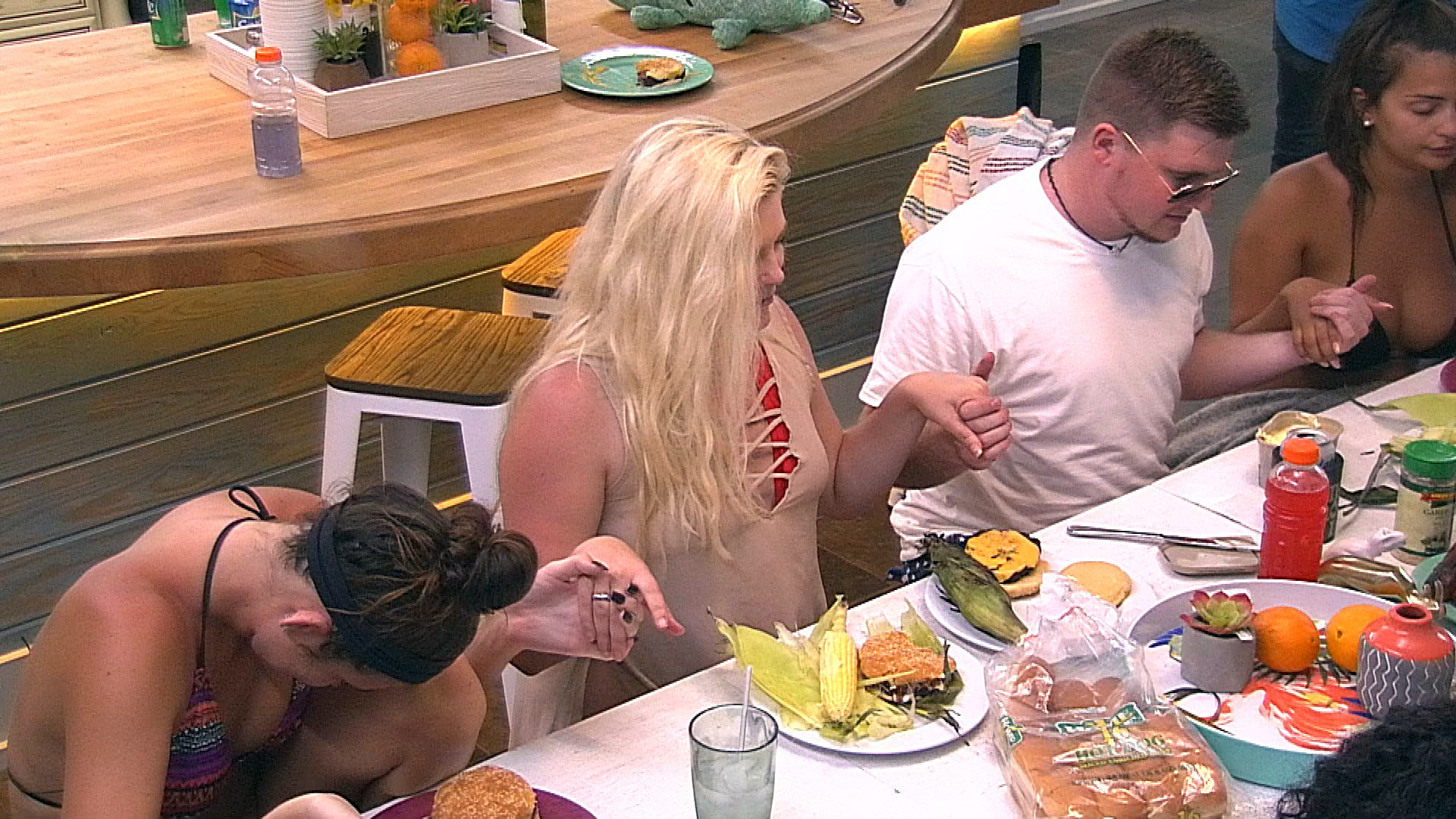 Plus it was touching to watch some of the men who’d come from broken families try to connect over their shared damage. At a time when everything seems so volatile – incidents of violence and sexism notwithstanding here – it’s important to see that people who perhaps live on the other end of the spectrum live their lives like everyone else. (Incidentally, another show – I Love You, America, With Sarah Silverman – has also been laudably demonstrating that the differences between Americans aren’t as stark as they seem.)

Yesterday, MTV announced that it was renewing Floribama Shore for a second season. It’s a wise decision. More than with Jersey Shore, it will be interesting to see how the new show’s roommates grow up and adjust to fame. Yes, it only got a fraction of the ratings that the Situation & Co. got in their first season. But it’s a vastly different television landscape now than it was in 2009. No one was streaming Peak TV shows by the dozens back then.

Nevertheless, it’s hard not to wonder: Will public scrutiny magnify Hall and Prowant’s internal struggles? Will Medas (and his family) see how he treated women and make him reconsider his actions? Since there was a happy ending to the show with everyone forgiving each other and saying they’ll be friends for life, will they come back feeling the same way after seeing the way they behaved toward one another? Time will tell, but as Saint Theresa of Ávila once said (via Truman Capote), “More tears are shed over answered prayers than unanswered ones.”