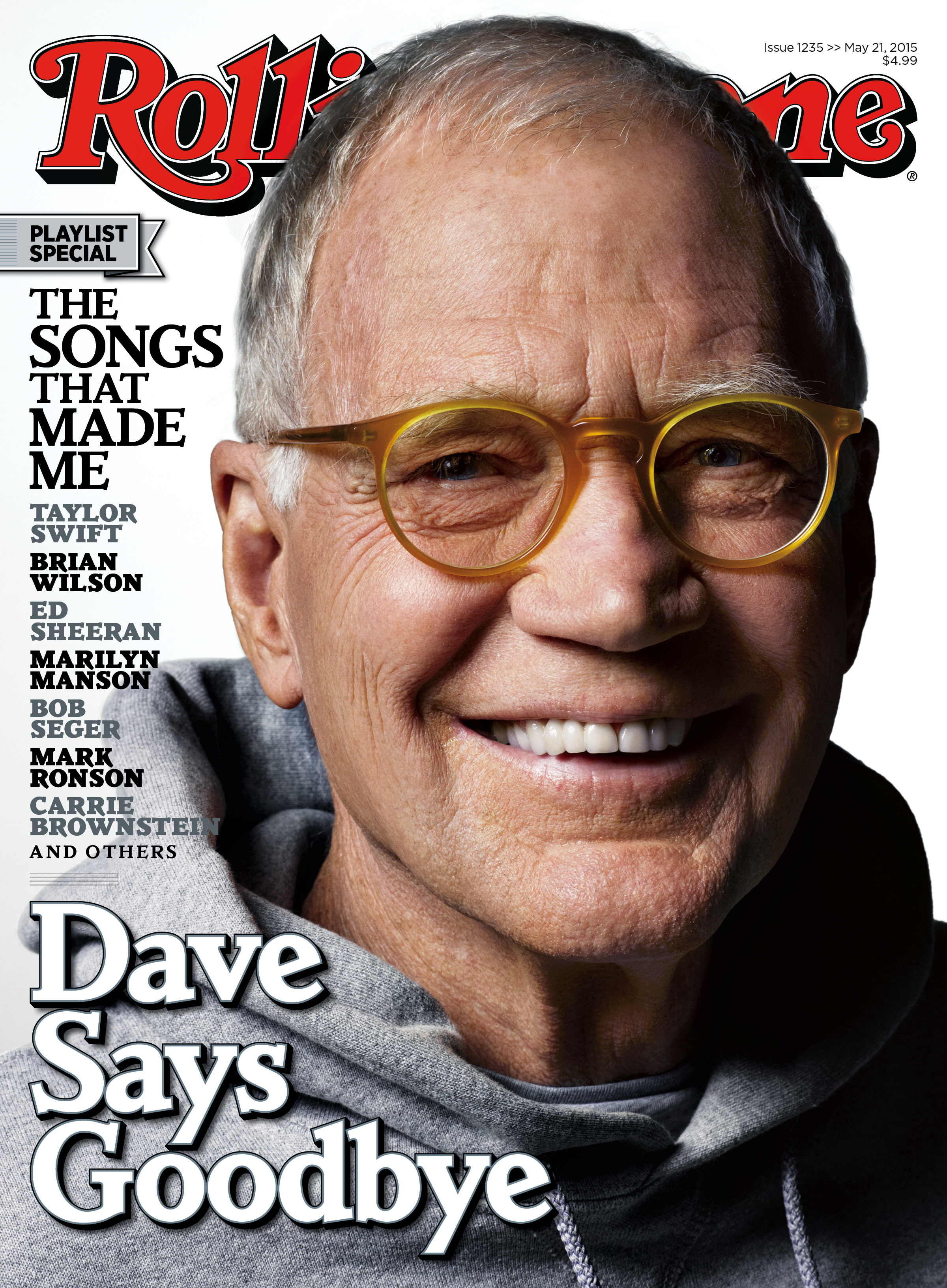 After spending more than three decades defining humor on late-night television, David Letterman will retire from the Late Show on May 20th. To say goodbye, Rolling Stone contributing editor Josh Eells met with the comedic legend several times for the magazine’s intimate and illuminating cover story (on newsstands this Friday) and found the 68-year-old to be characteristically witty and earnest, as well as ready for what lies ahead. Some of his famous guests – Tina Fey, Michael Keaton, Tom Brokaw – chime in, sharing their accounts of cracking through his famously tough exterior, making for one of the most endearing and heartfelt portraits of Letterman ever.

Throughout the story, the Late Show host openly discusses his rationale for walking away from his show, ranging from feeling out of place as his late-night rivals generate YouTube viral hits to personal reasons like wanting to raise his son, Harry, and spend time on his ranch in Montana. He also speaks seriously about the eye-opening turning points that shaped his life in recent years, from coping with the public embarrassment of admitting to affairs with staffers to embracing therapy or what he calls an “emotional tune-up.”

We paid a visit to Rupert Jee of the (Letterman)-famous Hello Deli to talk about his years of unexpected appearances on Dave’s show and how he got into the deli business in the first place. Watch it here, then check out the biggest revelations from the cover story:

He’s been privately planning to retire for a year and a half.
Although Letterman recounted a story in great detail on his show about the moment he realized he wanted to quit – related, in part, to researching birds with his son – he’s actually been having serious conversations about retirement with his wife, Regina, for more than a year. “I just thought, ‘I don’t want this to be mawkish, I don’t want to be maudlin,'” Letterman tells Rolling Stone. “‘Let me see if I can’t just put it all off on the kid.'”

When he heard Leno was retiring, he phoned his rival.
The moment when Letterman knew he should retire came when he heard his longtime Tonight Show rival was calling it quits. “I know it must have been hard for him,” Letterman reveals. So he called him up. “I said, ‘Jay, are you actually retiring?'” Letterman related. “And he said, yeah. . . . And I said, ‘Well, I hope this is good for you, and I’m sorry you’re leaving.’ He was very nice and earnest about it.” Rolling Stone learned, while reporting on the cover story, that Letterman’s staff has been trying to secure Leno as a possible surprise guest for an upcoming show. As of press time, he had yet to accept the offer.

Letterman has kind words for the other late-night hosts.
He described The Tonight Show Starring Jimmy Fallon as “bright and colorful” and “a commercial for itself.” And he called Jimmy Kimmel “friendly” and “very sweet.”

His affairs still haunt him.
When he publicly admitted to having sex with multiple female staffers in 2009, he felt like the world was closing in around him – and it still haunts him. “It was easily the lowest point in my life,” he said. “I don’t know how else to describe it. I felt like I’d dug a bottomless pit, and I was falling into it.” Letterman expressed gratitude in the interview that his wife stuck with him, and he also said that he has yet to explain the situation to his son, Harry. “He will [know about it] one day,” Letterman said. “We’ll have to have a conversation about it. But not yet.”

A self-described hypochondriac, he’s feeling generally more at ease now.
“For years and years and years – 30, 40 years – I was anxious, and hypochondriacal, and an alcoholic, and many, many other things that made me different from other people,” he said. Although he claimed that he once turned down antidepressants at the dawn of the Nineties, he began taking low doses of drugs like Paxil and Lexapro, which, along with transcendental meditation, has calmed him. “It changed my life,” he said. “I used to have kind of a hair trigger; I used to put my fist through Sheetrock.”

He has some ideas of how he wants to spend retirement.
Inspired by Jerry Seinfeld’s Comedians in Cars Getting Coffee, he joked about wanting to film Comedians on Horses Getting Coffee on his Montana ranch. Seinfeld gave the idea the cold shoulder, and Letterman reports he has “still got [his] nose out of joint about that one.” He’d also like to take part in live events like the lecture series he founded at his alma mater, Indiana’s Ball State University. A podcast, also, is not out of the question.

Also in the issue: Jonah Weiner on Arnold Schwarzenegger, Mark Binelli on New York Mayor Bill de Blasio, Andy Greene on Muse, plus Taylor Swift, Brian Wilson, Marilyn Manson and more share playlists of the songs that made them.

Look for the issue on stands or download it on Friday, May 8th.