When Cristin Milioti signed on to the TV adaptation of Fargo, she had seen only the 1996 movie that inspired it — one of her all-time favorite films. What sold her on the show, though, was the depth of her proposed character. “It’s not often that a strong female role comes across one’s desk, unfortunately, but it’s getting better,” the actress, calling from her home in Brooklyn, says. “I liked that the character has incredible inner strength during this tumultuous time, not only for her community but for her family and herself.”

In the second season of Fargo, which recently came out on Blu-ray and DVD, Milioti plays Betsy Solverson, the wife and daughter of the show’s two cop protagonists, as well as the mother of Season One policewoman Molly. Throughout “year two,” which takes place mostly in 1979 Sioux Falls, South Dakota, she is dying of cancer at home as the men in her life hunt down gangsters in places where they can’t contact her. It’s a complex and demanding role, as Betsy manages to keep her resolve as her worlds – externally and internally – fall apart.

Murder, Snow and Minnesota Nice: The Return of 'Fargo'

If any actress was up to the task, it was Milioti, who, at age 30, has been enjoying a varied and unpredictable career split between TV, movies and theater over the past decade. Although her breakout role came with Once, a Broadway production that won a streak of Tonys in 2012, she’d already had bit roles in The Sopranos, 30 Rock and Nurse Jackie. Beginning in 2013, she played Leonardo DiCaprio’s wife in The Wolf of Wall Street and became the ill-fated titular mom in How I Met Your Mother through its controversial series finale. Most recently, she appeared in David Bowie’s surrealistic off-Broadway musical Lazarus, leaping from one end of the stage to the other in stiletto heels while singing songs like “Changes” and “Always Crashing in the Same Car.” She’s currently gone back television for a role that will be announced in the coming months.

As for Fargo, she loved the experience. And though it’s unlikely she’ll ever reprise her role – Season One, set in 2006, pre-spoiled her character’s fate – she’d be “back in a heartbeat” for a flashback sequence.

You first saw the movie Fargo when you were nine. What did you make of it?
I think most of it probably went over my head except for the most traumatizing parts. One of my favorite moments ever, though, has become Frances McDormand’s monologue at the end when she says, “Was all this just for a little bit of money?” It’s extremely emotionally affecting and I think Noah [Hawley], who adapted the show for TV, does scenes like that beautifully, too.

What connection do you see between the film and TV show now?
What I love about the Coen brothers – what everyone loves – is that they sort of toe the line of a truly dark comedy. You can’t believe you’re laughing at something so dark. The TV show honors that without imitating it.

Your character is dying of cancer throughout the season, yet she’s always steadfast and almost upbeat. How did you find that balance?
I don’t think she ever feels sorry for herself. So I just never focused on it and didn’t play that she was sick unless I had to. I tried to play against what was happening. 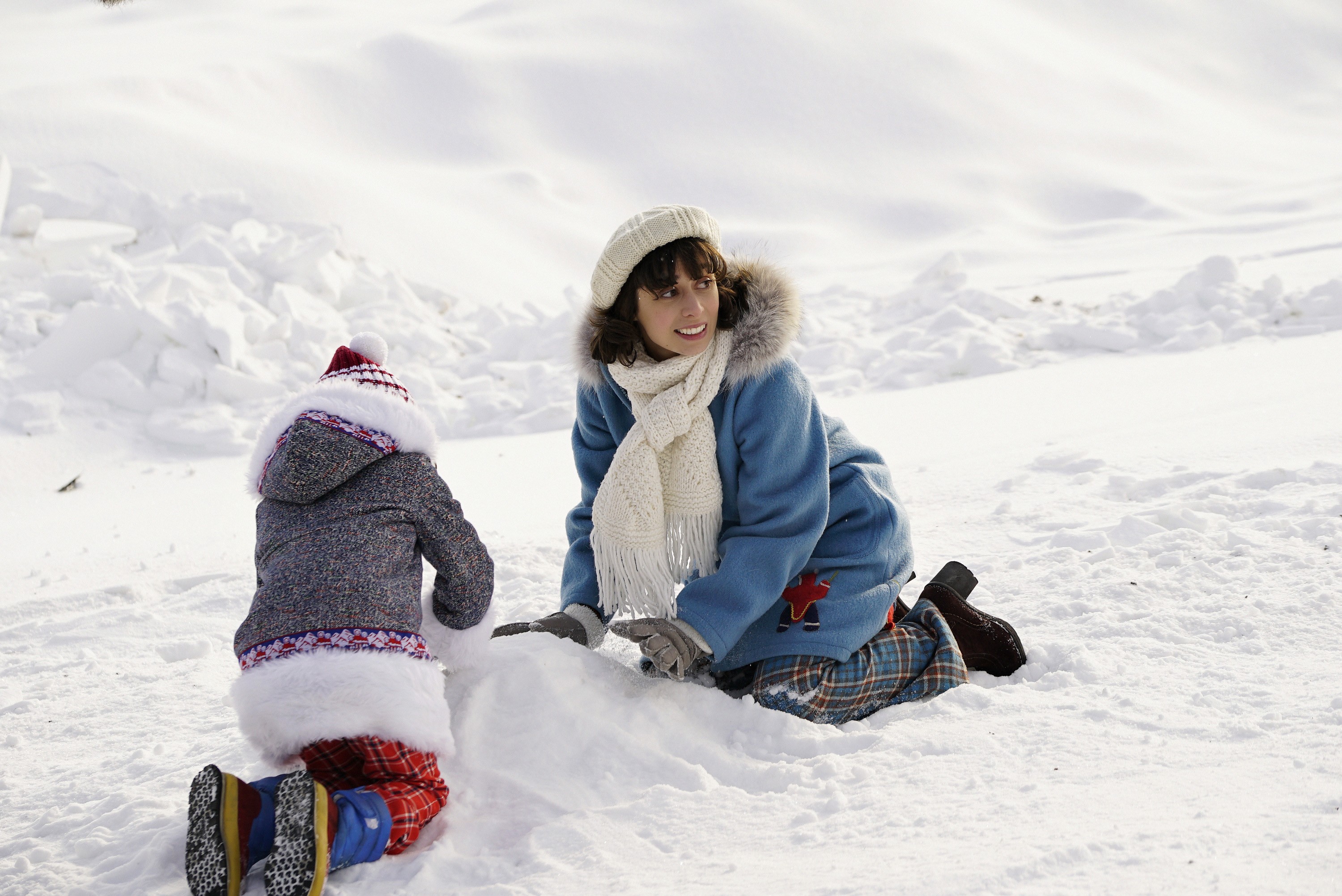 You have a brilliant scene where your character is debating Albert Camus’ notion that death is absurd with a teenager, after coming out of a blackout. Meanwhile, your character’s daughter is in bed with you the whole time. Was it easy to find the tone for scenes like that?
I don’t know what it’s like to have children, so sometimes I would err on the emotional side because the idea of having a daughter and knowing that you’re probably not very long for this world would just overtake me sometimes. The directors often encouraged to stay away from that feeling. With that scene, I remember I did a couple takes where I was stern with [teenage character] Noreen for the Camus quote. But I remember Adam [Arkin, the director] saying like, “Just say it casually as if you are at the dinner table.” Like, “OK, what you think is interesting. Here’s what I think.” They were really lovely about letting me play it 20 different ways.

After watching you in How I Met Your Mother, I was happy not to watch your character actually die this time.
[Laughs] You’re not the first to express that sentiment.

Were you apprehensive about playing another dying character?
No, not at all because they’re entirely different. I don’t want to sound judgmental but some people say, “Oh, cancer,” like it’s an adjective, like a character trait. Like, “You play people with cancer.” But you know, millions of people are affected with the disease and they’re incredibly different people, so I was attracted to who the person was. She was different than whom I’ve been asked to play in the past. I didn’t really think about it.

A lot of people did not like the finale when it aired. Have you seen a shift in people’s reactions to it in the years since?
Gosh. I’m sort of blissfully unaware because I’m not on any social media so I don’t really know. Most of the time, people stop me on the street and say, “I’m so sorry your character passed away.” But I don’t sense any anger, or at least I don’t seem to. I know it was a polarizing finale, so I don’t know.

Is it weird for you to have strangers tell you, “I’m sorry your character died”?
That reaction is almost an honor, because it means people cared. It’s a huge compliment.

In addition to Fargo, you also recently appeared in Lazarus. What were your experiences like working with David Bowie?
You couldn’t have met like a kinder, more generous, more charismatic person. He was incredibly supportive, and every interaction I had with him was beyond blissful. He was a really incredible human being. 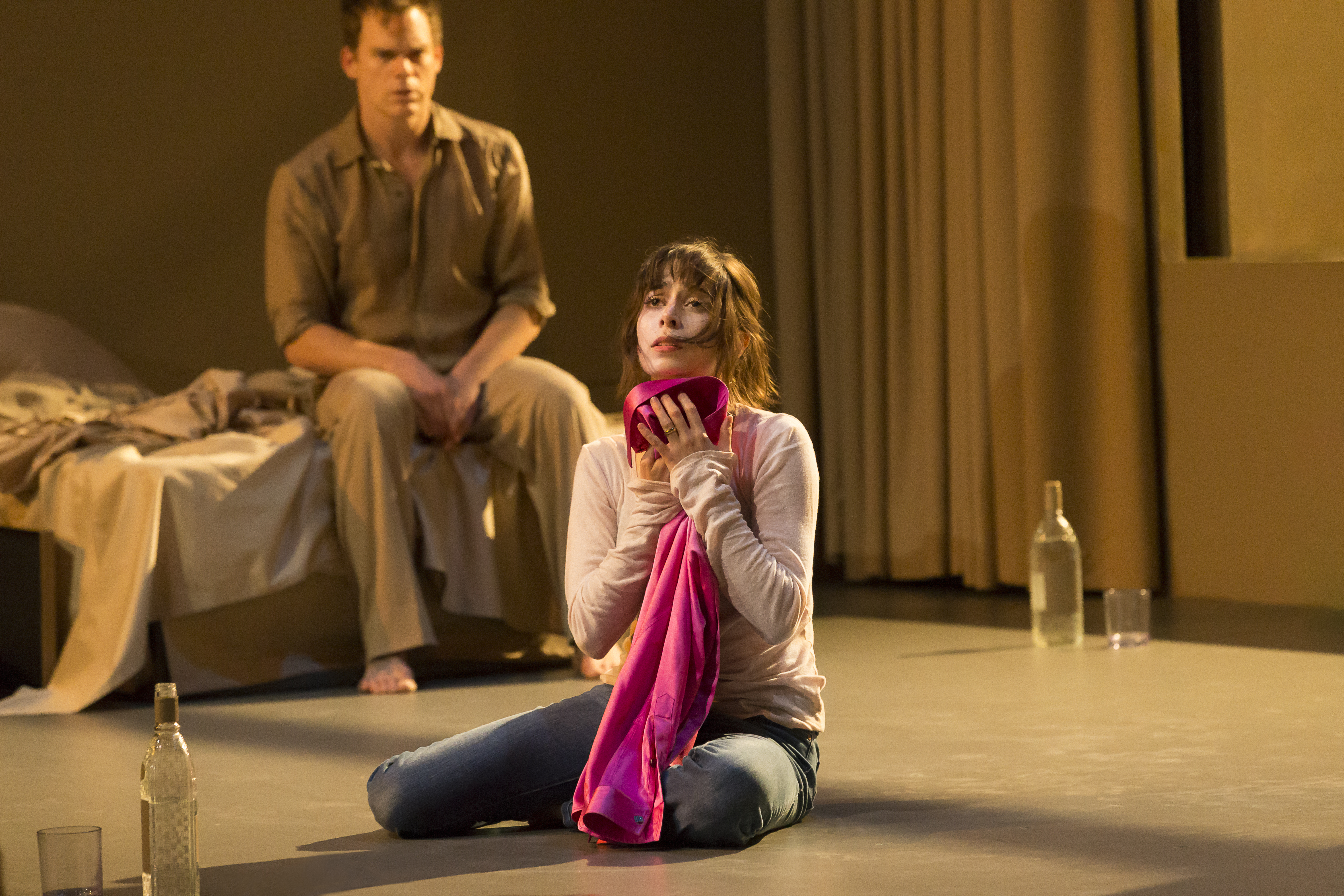 You leaped around the stage in high heels. How did you manage that night after night?
[Laughs] I honestly don’t know. Those were eight-show weeks, and sometimes, because of the holidays, we did 11 shows. So I sort of limped out of that theater, bruised and battered. I almost made it through the entire run without an injury in those heels and like the second-to-last night I just ate absolute shit in them. I tripped and bit it [laughs]. I had a goose egg on my head for a while. It just went down a week ago and the show ended over a month ago.

None of the show was fake. I was getting tossed around. There was no flight choreography. It was all real. I felt like my back was on fire every day. Some parts of that show were fun, others were emotionally excruciating. But it was such an honor to be doing that show that it was easy to push through the pain. That’s what Tylenol is for anyway.

What was your favorite song that you sang?
Oh, “Changes,” hands down.

You sang that one with full force while fighting with your onstage spouse.
Yeah, right? I loved that moment. To sing that song – which is one of my favorite David Bowie songs of all time – and to do it in a way, rearranged by him, while tearing the room apart, it was just incredible.

David Bowie died during the production’s run. How did the cast handle that?
I’m reticent to talk about it. I think I’m still processing it.

You’ve had a unique career so far in that you’ve appeared almost equally in movies and television, as well as on stage. Do you feel theater is finally getting the respect it deserves?
Well, it’s interesting to me because theater is, on any given day, 10,000 times harder than film and television. And that’s not to say film or television can’t be hard or challenging; it’s emotional to do the same thing over and over and over. But in terms of stamina, there is nothing like an eight-show week to separate the men from the boys. And yet people still look at seeing theater as a hobby or something. I still don’t quite understand America’s relationship with theater.

But I think it’s getting better. Look at people’s reactions to Hamilton. I don’t know how that show’s cast does that show; that is a feat. But people still have like a weird reaction to theater sometimes like it’s below film and television, and it’s like, no. This is the hardest stuff. On film and TV sets, they let you sit down. Theater is like pushing a boulder up a hill each night. It’s a fun boulder, but it’s a boulder.