Having already stirred up a hornet’s nest after its premiere last January at the Sundance Film Festival and a brief theatrical run, Oscar winner Alex Gibney’s new documentary Going Clear: Scientology and the Prison of Belief is about to take the sins of Scientology and turn them into Sunday-night appointment viewing. Debuting on HBO on March 29th, the documentarian’s adaptation of Pulitzer winner Lawrence Wright’s 2013 book systematically makes its case against the religion. Delving into accusations of emotional and physical abuse perpetrated by its founder L. Ron Hubbard and Chairman of the Board David Miscavige, as well as the organization’s harassment of critics and alleged dirty-ops blackmailing of celebrities, Going Clear assembles its argument from interviews with former members and hard-to-obtain documents and footage from within the Church itself. It’s everything you didn’t see in Scientology’s Super Bowl ads.

Celebrities Who Have Left Scientology

But for all of the damning indictments you’d expect from Gibney’s takedown of the controversial faith, the film has at least one surprising side effect: You’ll never hear “Bohemian Rhapsody” the same way again. Queen’s opera-rock masterpiece provides the soundtrack for a stranger-than-fiction scene at the documentary’s center: a mandatory game of musical chairs staged by Miscavige, for inmates of a “re-education camp” for disgraced Church officials called “The Hole.” The last person sitting, the leader says, can stay. The losers face exile.

“This went on for hours,” says Wright, who helped produce the film and appears as a talking head. “Fights broke out. Chairs were broken. Clothes were torn. But what’s so difficult to understand is that these people were fighting to stay. Some of them had been in the Hole for years. That’s the prison of belief.”

It’s a tough prison to break into. In his award-winning films Mea Maxima Culpa, which examined child sexual abuse in the Catholic Church, and Taxi to the Dark Side, which explored the use of torture by American military and intelligence services, Gibney has taken on some pretty big targets. But despite going through the usual legal precautions — at the Sundance premiere, the director said that everyone had definitely “lawyered up” in anticipation of a counterattack — he says he’s never been the victim of as much blowback as he’s received over Going Clear. The organization took out a full-page ad in the New York Times denouncing the filmmaker as a fraud; an eight-minute YouTube video entitled “Alex Gibney: HBO’s Propagandist” mysteriously started making the rounds a month ago. The amount of vitriolic letters he’s received (“They’re handwritten, so it has the appearance of a spontaneous reaction…but the language is so similar”) has been staggering.

There are a number of high-profile celebrities I talked to who don’t feel they can come clean, because of people they are close to who are in. It’s a huge impediment.

“The response from Scientology has been much more organized and much more brutal,” says the director, who adds that several of the former Church members interviewed in the movie have caught it worse than he has. “Some of them have had physical threats, people threatening to take their homes away, private investigators following them. That’s the part that’s really heartbreaking.”

It’s this kind of abuse, not a South Park-style swipe at the religion’s more far-out beliefs, that’s the film’s focus. “It’s a mistake to jeer at Scientology because of its absurd creation story,” says Wright. “People can believe anything they want to believe — it’s the practices that I’m focusing on. When Scientology helps people, I say more power to you. But when it harms people and breaks families apart, it’s time for us to take a closer look.” 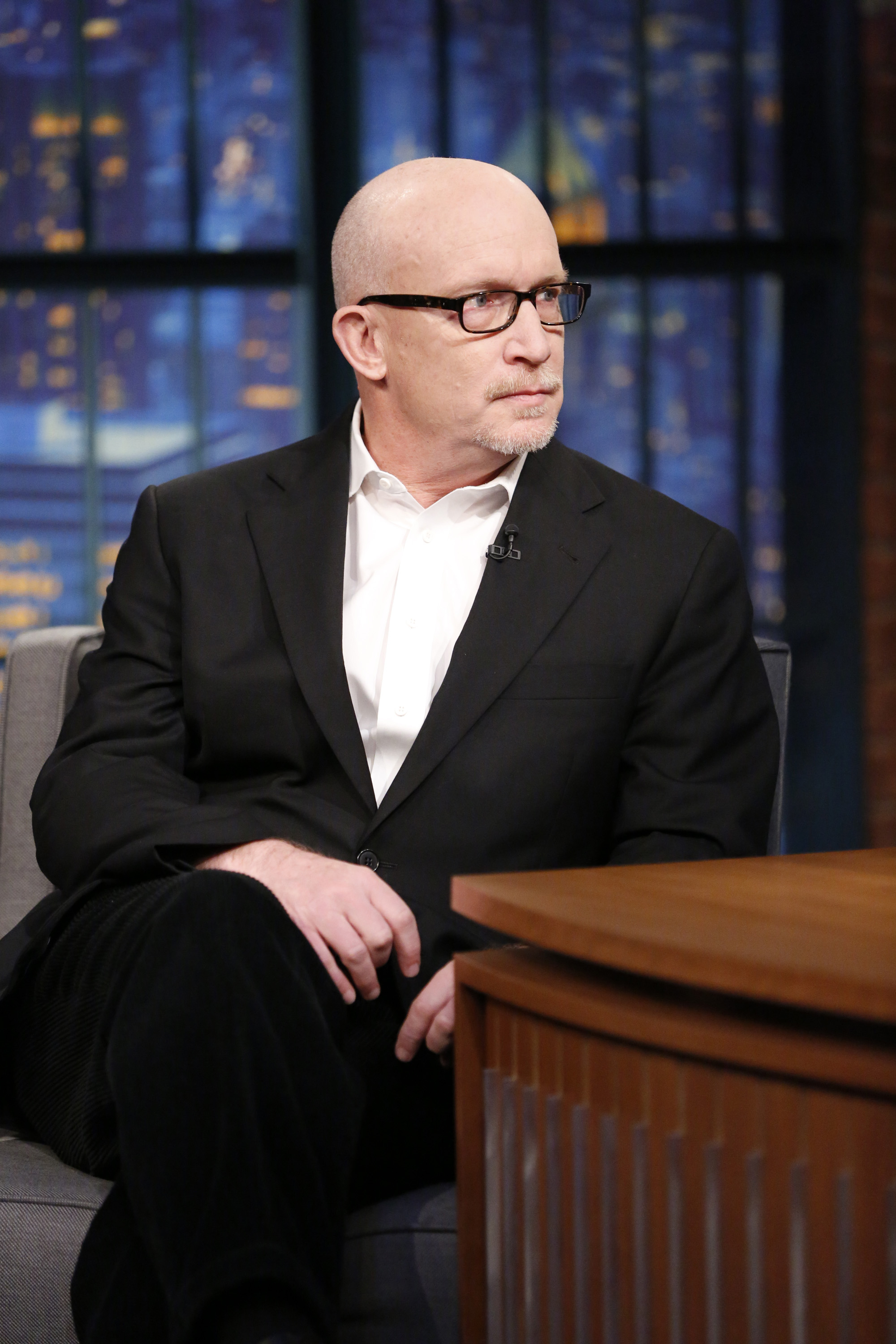 Gibney says Wright’s approach is what attracted him to the subject in the first place. “I was so impressed with the empathy toward many of the people in the Church. It wasn’t just a kind of freak show; his reporting resonated with the psychological process that can occur in many belief systems — how when people are convinced of the nobility of a belief system, they can do the most appalling things.”

He builds these priorities right into the film’s structure. Going Clear begins with first-hand testimonials about Scientology’s effectiveness and appeal, centered on the process of “auditing,” a type of talk therapy aided by an ersatz lie-detector device called an E-meter. Then comes the larger-than-life story of the faith’s founder, brilliant but troubled science-fiction author L. Ron Hubbard. Only then are the intergalactic secrets of Scientology’s creation myth revealed, involving galactic overlord named Xenu and disembodied souls known as “thetans.” It’s bizarre — though to Gibney, the details of the religion’s “origin story” are largely beside the point. “I felt very strongly that [the Xenu] sequence not be present for a long time,” the filmmaker says. “This form of therapy was solving people’s personal problems. The satisfaction they got out of it, the charisma of Hubbard — all that was important to understand before you got to that moment, so that you’re empathetic. You’re along with them for the ride.”

“It’s easy to dismiss this as, ‘Look, this is a bunch of crackpots — people who were in Scientology for 20 or 30 years and left are all fools,'” says Mike Rinder, a former spokesperson for the Church who’s now one of its leading critics. “I think this documentary changes that perception.” Indeed, defectors like Rinder and Crash writer-director Paul Haggis, whose personal stories are prevalent in Going Clear, have emerged as important whistleblowers against the Church’s most controversial and disturbing practices. Many describe beatings doled out by Miscavige against underlings who’ve displeased him. Others speak first-hand of “disconnection,” in which family and friends are ordered to have no contact with those who leave the Church; Rinder himself was cut off by his wife, daughter, son, mother, brother, and sister. “It may be legal,” he says. “It is not moral.”

And according to Gibney, disconnection can kowtow some of the Church’s most high-profile members. “There are a number of high-profile celebrities I talked to who don’t feel they can come clean, or come out, because of people they are close to who are in. It’s a huge impediment. This policy is just so cruel.” The director says that more than anything else he discovered while making the film, the harsh reality of disconnection, as seen in videos Scientology has produced in which members denounce their defecting family members, surprised him. “I have a feeling that in five or 10 years, the relatives of the people who were in the film are gonna look at those videos, where they spew hatred against people who were extremely close to them, and think ‘What was I doing?’ That really did shock me.” 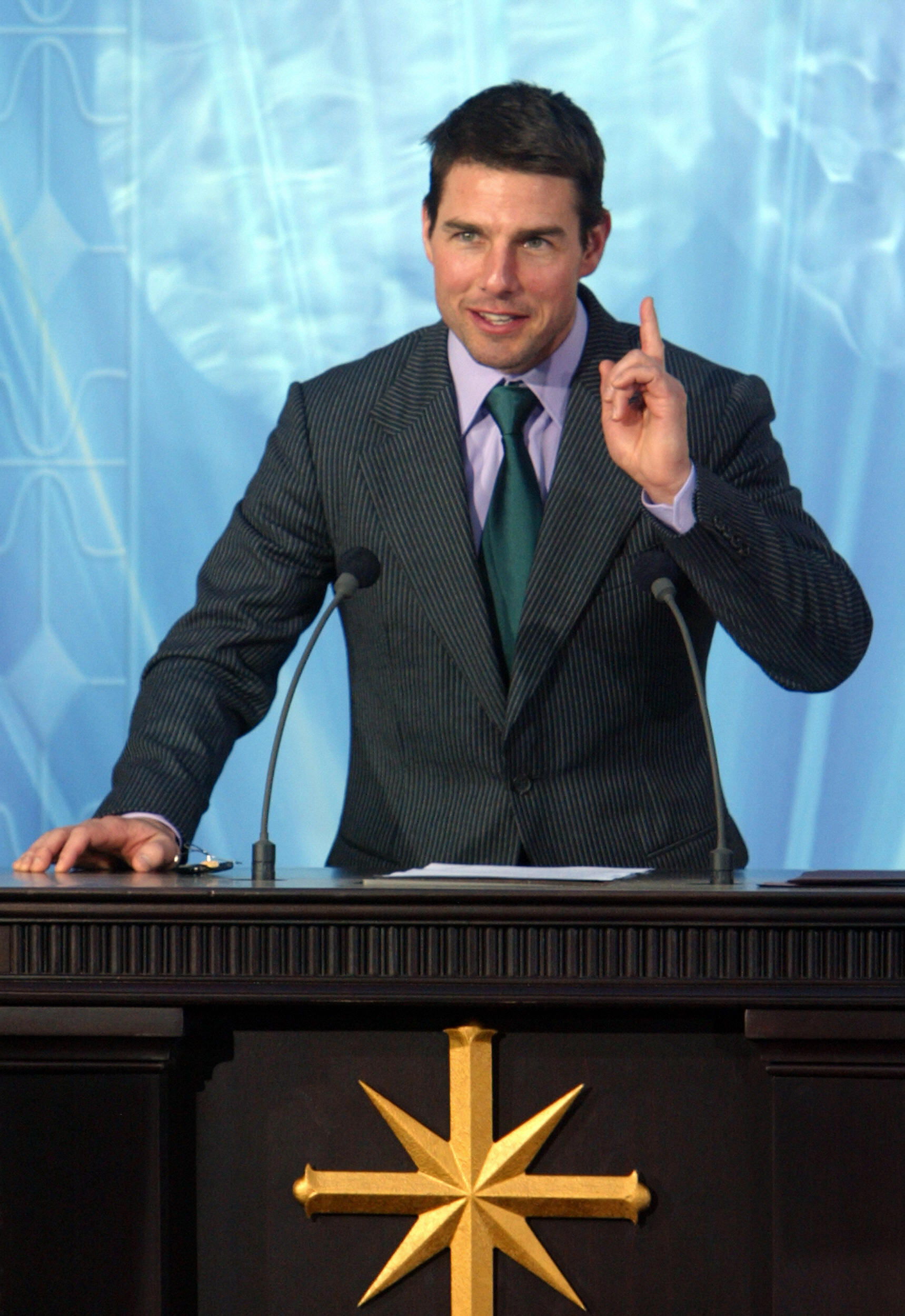 Though it helps humanize many current and former believers, Going Clear pulls no punches against Scientology’s biggest “celebrity megaphones” — especially its superstar public face, Tom Cruise. Both the book and film allege that Cruise, a close friend of Miscavige (who was the best man at the actor’s wedding), has benefited for years from a labor force of Sea Org clergy members. “I’m singling him out,” Wright says. “More people got interested in Scientology because of Tom Cruise than any other individual, and he knows what’s going on. He could effect change, and it’s on his shoulders that he should.”

Gibney is harsher still. “For [Cruise] not to denounce, or at least investigate, what’s going on seems appalling to me,” he says. “He gets a lot of money and a lot of privilege from a lot of fans, and the idea that allows the vulnerable to be preyed upon in his name seems reprehensible.” In fact, Going Clear claims that Cruise’s own ex-wife, Nicole Kidman, fell victim to Scientology’s excesses herself. According to high-ranking defector Marty Rathbun, the Church wiretapped Kidman as part of a multifaceted campaign to drive the couple apart when Miscavige felt she was pulling him away from his faith. Even to readers of Wright’s book, this is breaking news.

“That was something Marty told me in my interview,” Gibney says. “When he spoke to Larry for the book, emotionally, he still had one foot in the Church. [Rathbun] had been a key enforcer for them. To unravel those big lies takes years, and to undo the psychological damage that was done to him by the Church is a slow healing process. He was able to say things now about how aggressive the Church was, in terms of trying to get Cruise back, that he might not have been willing to say before.”

Not surprisingly, the Church has been vocal in its objections, telling Us Weekly that the film “is propaganda…to fit their anti-religious agenda, [Gibney and Wright] scraped the bottom of the barrel to cherry-pick a tiny collection of deadbeats.” But the famously litigious Church, which wrested First Amendment protection and tax exemption from the IRS in 1993 after filing 2400 lawsuits and took Time magazine all the way to the Supreme Court after a critical article, has not yet sued over the film — which Gibney and Wright say is a sign that the “chilling effect” Scientology once had is starting to thaw. It raises the question: Can a movie motivate the government, or the faithful, to turn on the organization? Will Going Clear do for Scientology what The Jinx did for the case against Robert Durst?

“If it has the same impact on the IRS, or if the FBI were to further investigate, I would be delighted,” Gibney says. “One of the great things about The Jinx is that it’s not about ‘gotcha’ — it’s saying something profound about human behavior. But now, a wealthy man who seemingly got away with murder is being held to account. The best documentaries are made for the long haul. They say something important. But if they provoke authorities to stop abuses? Good.”