The difference between Carrie Mathison and a truck bomb is that somebody usually takes credit for a truck bomb. As Homeland starts its fourth  season, Claire Danes’ CIA antihero keeps bouncing from one historic screw-up to another. As the season begins, Carrie, who’s proved herself as somebody you wouldn’t hire to run a strip-mall Pizza Hut, is somehow running the CIA station in Kabul. The CIA is apparently the kind of freewheeling workplace where you can tell your superior officers, ”BTW, I’m carrying the baby of the terrorist who bombed our headquarters and killed the vice  president,” and they respond, ”Boy or girl?”

She’s the same loose cannon she’s always been. When she orders a bombing raid on a wedding, killing scores of civilians, she shrugs off the worldwide outrage. ”They pull this shit all the time,” she tells her staff. ”If it wasn’t a wedding, they’d say it was a mosque we hit. Or an orphanage. Or a mosque for orphans.” Who writes her pep talks, Roger Goodell?

Homeland was admirably preposterous from the get-go – the story was always stuck together with gum and cardboard. But it held up because of the bravura acting. Danes and Mandy Patinkin brought real verve to their compellingly damaged characters. As Carrie’s mentor Saul, Patinkin and his beard were as eloquent in their stoic reserve as Danes’ chin and eyelids were in their perpetual flutter to the brink of a nervous breakdown. 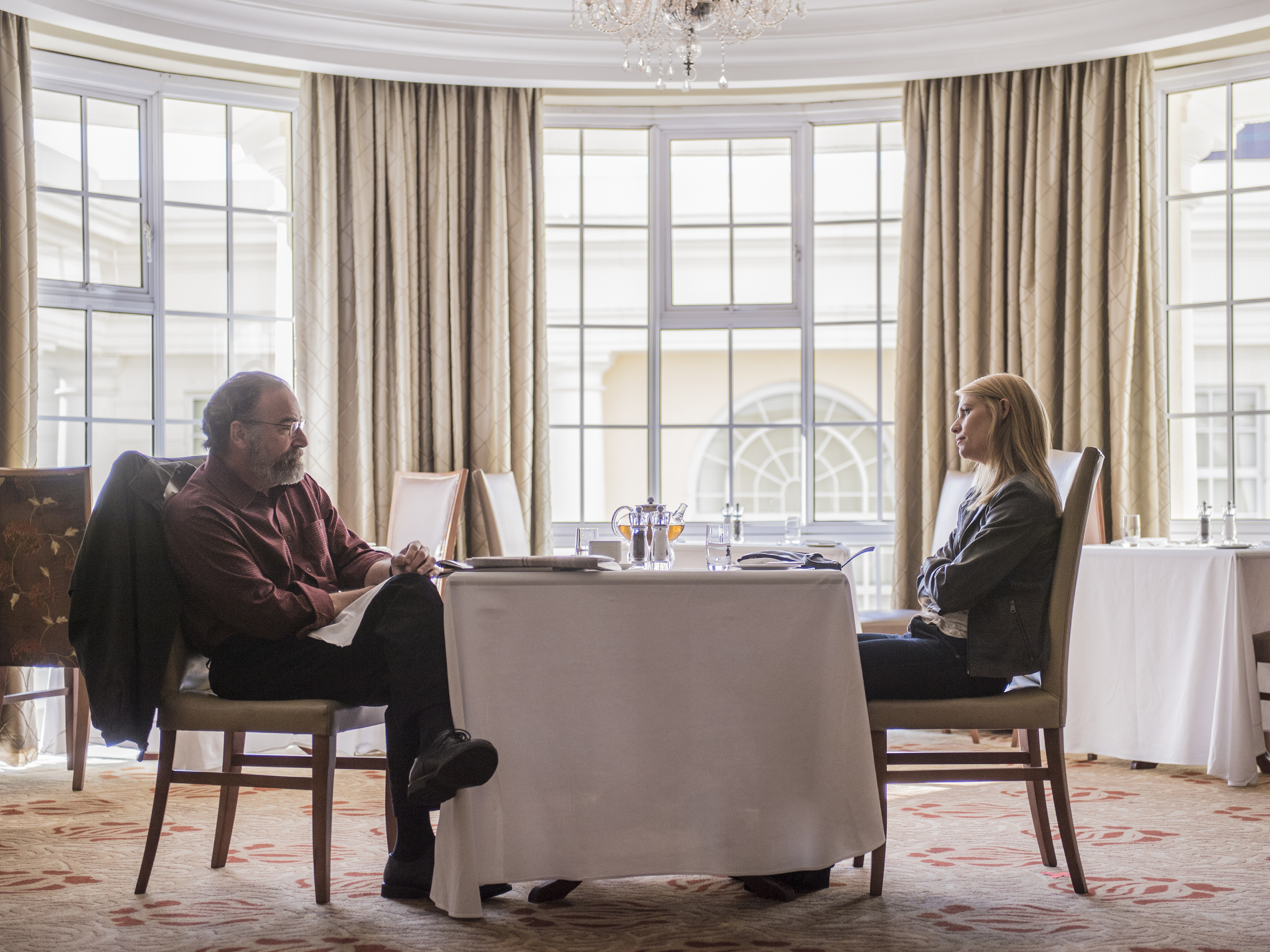 The key question for Homeland: Can this franchise be saved? If you made it through the nightmare of Homeland’s third season and swore you were never getting burned again, nobody would blame you. But Homeland has cleaned house and made some shrewd decisions for the fourth go-round. Getting rid of Brody means finally unloading the soapiest subplots, including his family and the Carrie-and-Brody romance. Homeland has turned back into the Carrie Mathison Show, which is what it was always meant to be.

And as Carrie, Danes pumps up the volume, all booze and pills and raw nerves and hair-trigger temper. Danes makes Carrie a more abrasive and unstable spy than ever, even as she takes on more dangerous responsibilities. (A scene where she drives around with her baby is precisely as terrifying as you think it might be.) At one point, her commanding officer barks, ”Get a grip.” Has he met her before? This is her grip.

Meanwhile, Saul, now working for a Blackwater-type contractor, finds himself equally inept adjusting to life outside the CIA. Watching him try to bluster his way through a business meeting, you realize how much his gruff authority always depended on having underlings as hapless as Carrie. He’s no better at ordinary life than she is. They were much better off screwing up American foreign policy, where they could at least cover for each other.

At one point, Saul muses that the U.S. bumbled into Afghanistan with no plan to wage a 14-year war. Instead, we’ve waged a one-year war 14 times. Homeland is the same way. Like American foreign policy itself, the story gives the impression of bluffing along with no master strategy, just one hastily thrown-together decision crashing into the next. Nobody ever seems to learn a thing from the last mistake. But now that Homeland faces the make- or-break point, it finally has the chance to get back on track with a few daring dramatic moves – and it needs them.