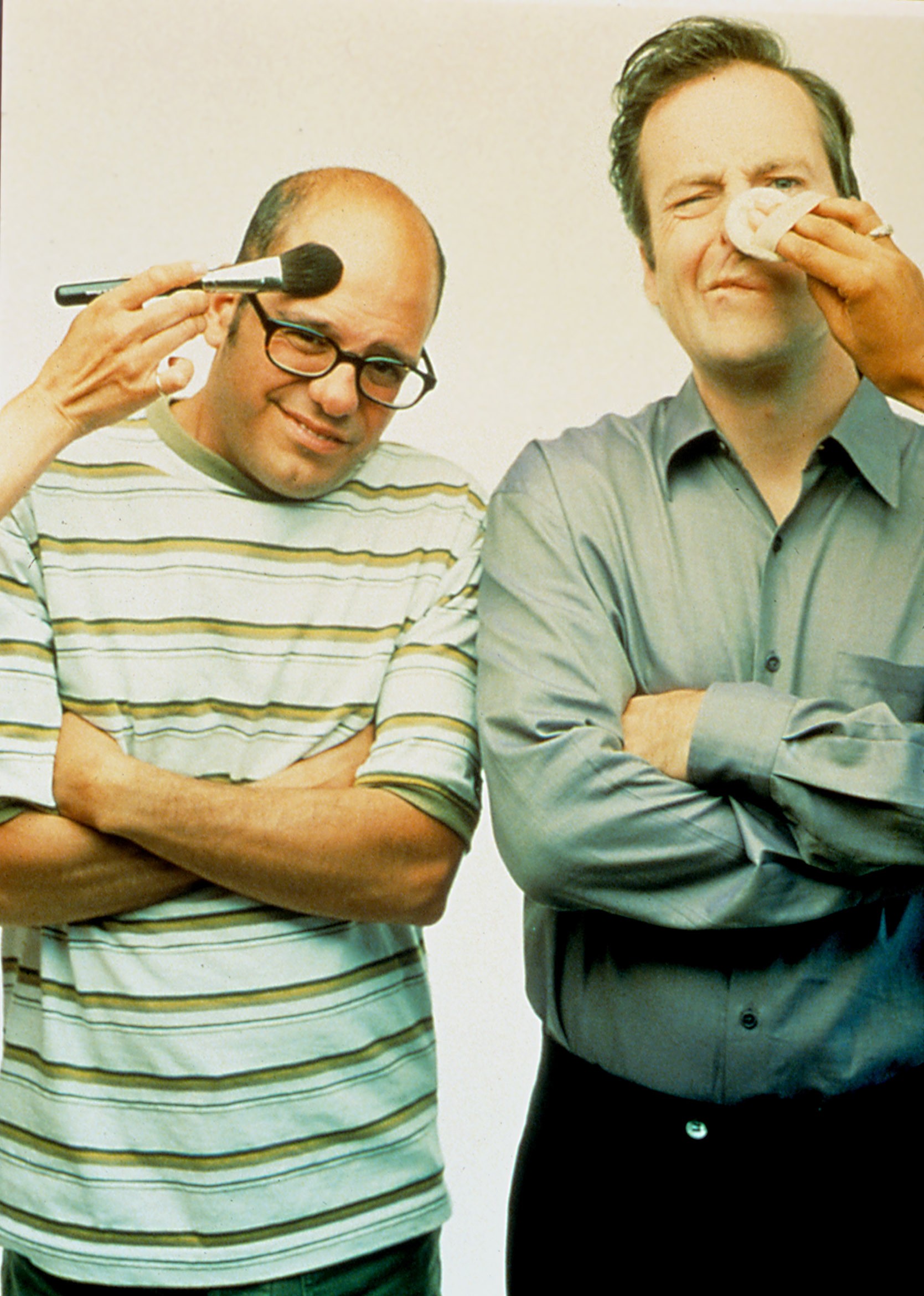 Bob Odenkirk and David Cross, who created and starred in HBO’s cult-favorite sketch-comedy series Mr. Show With Bob and David, have reunited for a new sketch series, simply titled With Bob and David. Netflix has ordered four half-hour episodes of the series, as well as an hour-long making-of special. The new show has just begun production, according to Deadline. No release date has yet been announced.

The official description of the show doesn’t offer much insight (as it should be), other than the duo’s usual storytelling verve: “After being dishonorably discharged from the Navy SEALs, Bob and David are back serving our country the way they do best, making sketch comedy. Four half-hours of brand new comedy featuring all new characters, all new scenes, and most importantly, all new wigs.”

Both actors have reunited several times since Mr. Show ended its run in 1998, as they’ve made names for themselves independently (Odenkirk most recently on Better Call Saul and Breaking Bad; Cross with Arrested Development and his stand-up career). They embarked on a six-city tour in 2013, and late last year, Mr. Show regular Paul F. Tompkins shared a pic of a good portion of the cast at what looked like a table read.

David Cross on 'Hits,' Fame and the Mr. Show Reunion

Cross told Rolling Stone in February that it was more like a writers’ summit. Since both he and Odenkirk had been meeting to share material with one another in the months leading up to it, they wanted to share it with the comedians who got their humor best.

“That was one of the best afternoons I’ve spent in my life,” Cross said. “It was a blast, just making each other laugh. One thing that Bob and I noticed — like, we write these things, but we forgot — was initially, there were sketches Bob and I had written separately but didn’t have an outlook for, and then you give them to these guys and you’re like, ‘Oh, right. They’re good comic actors.’ They were already elevating material in a way you just didn’t even anticipate, and it’s becoming funnier. It’s one of the most pleasurable things about the whole process.”

In a separate interview, Odenkirk told Rolling Stone the show wasn’t a “Mr. Show reunion,” per se. “It will not be called Mr. Show, it will not have the set, the music, the logo or the construction,” he said. “There will be a change in pacing and probably a more integrated bunch of ideas. And yet we are still the same people.”

Although Cross couldn’t reveal his and Odenkirk’s plans at the time, he promised what they were coming up with was up to par. “It’s going to be good,” he said. “We’ve got some really good stuff already.”