You can do whatever you want in the sewers,” Animals co-creator Phil Matarese says. “When we’re making episodes about rats, you can tell loose, crazy stories. You can tell a really fucked-up story about a rat hiding his boner from a girl, but it’s mostly about this kid who just likes a girl a lot.”

“The boner is his heart,” Matarese rejoins, laughing. “He’s got a heart boner.”

Ever since the animated series premiered on HBO earlier this month, it’s presented a comically perverse look at the animal kingdom. Rats throw orgiastic parties. Cats dress in bondage gear. Canadian geese pretend they’re swans for a chance to screw the prettier bird. Meanwhile, humans come off as mumbling savages.The whole thing, which indie-film firebrand Duplass produces with his brother Jay, would play out like a Ralph-Bakshi fever dream were it not for its improvisational feel.

Matarese and Duplass are seated at a table eating breakfast with the former’s foil, co-creator Mike Luciano, in an enclave high atop the HBO building in Manhattan. When the trio talks, it’s like witnessing a live episode of the show, all deadpan dry humor and frequent tangents – about the band 311, about filmmaker Krzysztof Kieślowski’s Three Colors Trilogy, about the eggs they’re eating – that lead them all to burst into laughter. None of them are afraid to digress if it means getting a laugh.

It’s the sort of environment that has made it so that they could welcome the imaginations of special guests on the show: Jessica Chastain, Aziz Ansari, Jon Lovitz, and countless others. It’s an unpredictable, stream-of-consciousness endeavor, and the creators say it’s been that way from the start.

The show began with pigeons. Matarese and Luciano were working at a New York City advertising agency, creating branded content for Vans, Google and Nissan, when they found themselves distracted by the birds outside their SoHo office window. “We were bored,” says Matarese. “We started riffing, looking at these pigeons between projects, and then we decided to riff directly into GarageBand.”

After playing around with Final Cut – “You could kind of fake animation with it,” Matarese says – the pair made a short. “A lot of people in our office liked it,” he recalls, so they screened it for others and found a manager who introduced them to filmmakers Mark and Jay Duplass, who were just beginning to dip their toes into TV production with HBO’s relationship dramedy Togetherness.

“We’d been talking for a little while about trying to make a TV show independently, using the same format we did for independent film,” Duplass says. “I made them this pitch: ‘We’ll make the whole first season super cheap, and then we’ll take it out and sell it. Even if we don’t, I’m sure we can find an online TV channel that can at least give us our money back.'” 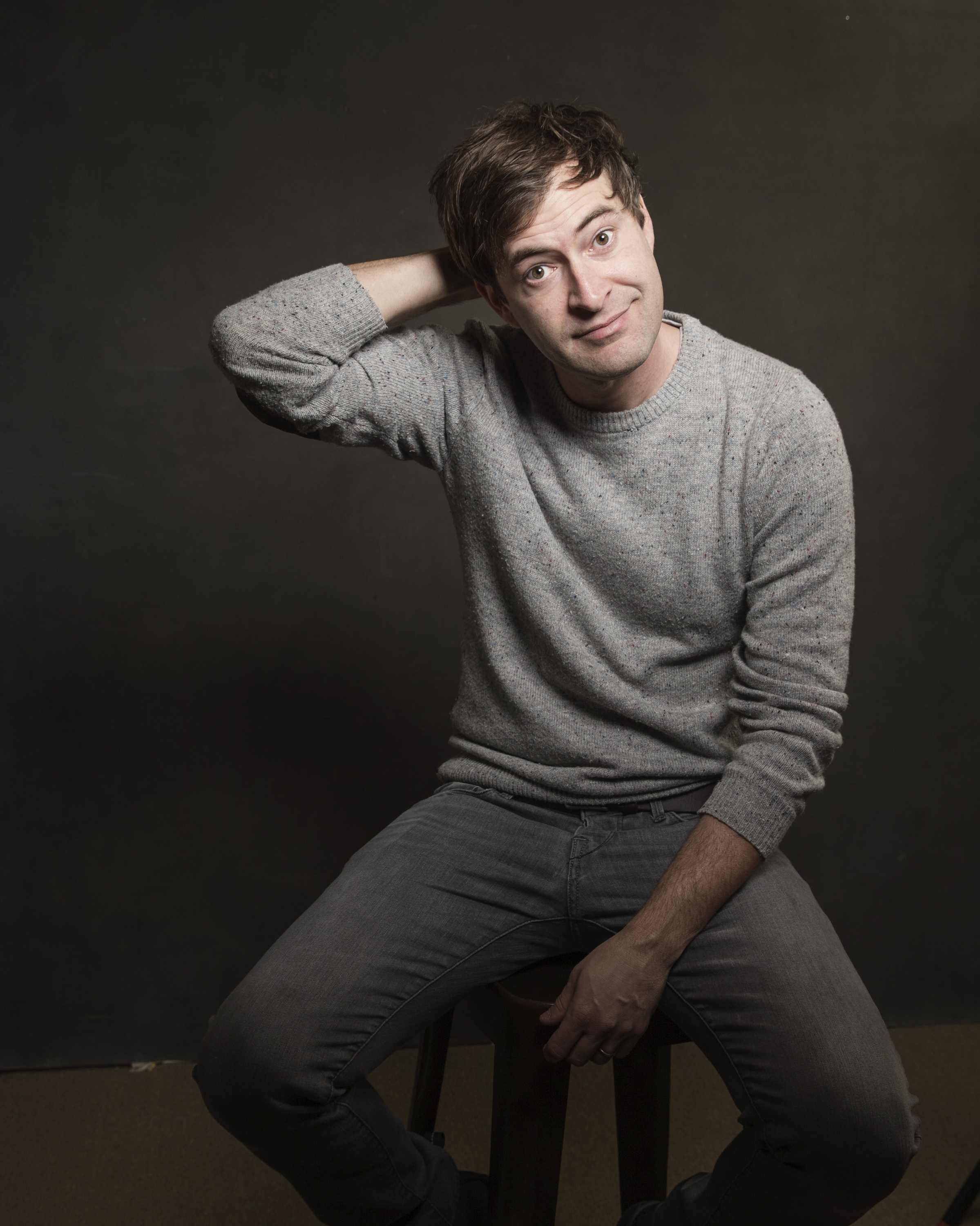 The duo accepted Duplass’ suggestion and upended their lives, moving to a two-bedroom apartment in Los Angeles where they converted one of the sleeping quarters into a sound booth, so they could record their routines. “It was an avenue down total creative control,” Luciano says. “It was a way for us to keep going without figuring out the mystifying process of bringing it to a network and developing it there.”

There, they constructed themes for their episodes (which have titles like “Rats.”, “Pigeons.”, “Flies.”) and called upon Duplass’ many famous friends who would stop by and improvise dialogue.

“If Nick Kroll was shooing a whole day of The Kroll Show, he could come to our sweaty apartment and record,” Matarese says. “It was never, ‘Nathan Fielder is going to be here in 30 minutes, we need to build a pop-up studio.'”

“Generally, we would tell people, ‘You’re a fish, but you don’t have to know any fish puns or anything about fish necessarily,'” Luciano says. “We wanted people to be versions of themselves. We bring them in because we love them.”

“Like, Jessica Chastain is not known for her UCB improv … but good God, she can play an Eastern European turkey.”—Mark Duplass and Phil Matarese

“A scene could go for 10 minutes, and we’d use the best stuff,” Duplass says. “We would tell people, ‘Go be 25 with these guys in their apartment. It’s really fun.'” Everyone laughs.

“What was fun were the people who weren’t born improvisers,” Matarese says.

“Like, Jessica Chastain is not known for her UCB improv,” Duplass says.

“Yeah, but good God, she can play an Eastern European turkey,” Matarese says with a laugh. “But that being said, the improviser guys – Zach Woods, Joe Wengert, Neil Casey – they were incredible.” Woods, who is best known for playing the lanky, beleaguered Gabe Lewis on The Office, wowed Matarese with his knowledge of different kinds of “beautiful tree shit” while playing a caterpillar.

The funniest animals for the creators to work with were the rats and their world of sin. “They’re like teenagers, the id-driven version of us,” Matarese says. The pair also had fun giving personalities to the show’s two, overly privileged, S&M-leaning felines who let in an alley cat one night and give him a surprise. But the most difficult – at least from an animation standpoint – were the dogs. “There are 20 species of them,” Luciano says, exasperated. “You can replicate rats pretty easily after a while, but there’s a lot of ways to interpret a dog.”

“We’re only doing rats from now on,” Matarese says to a room full of laughter. 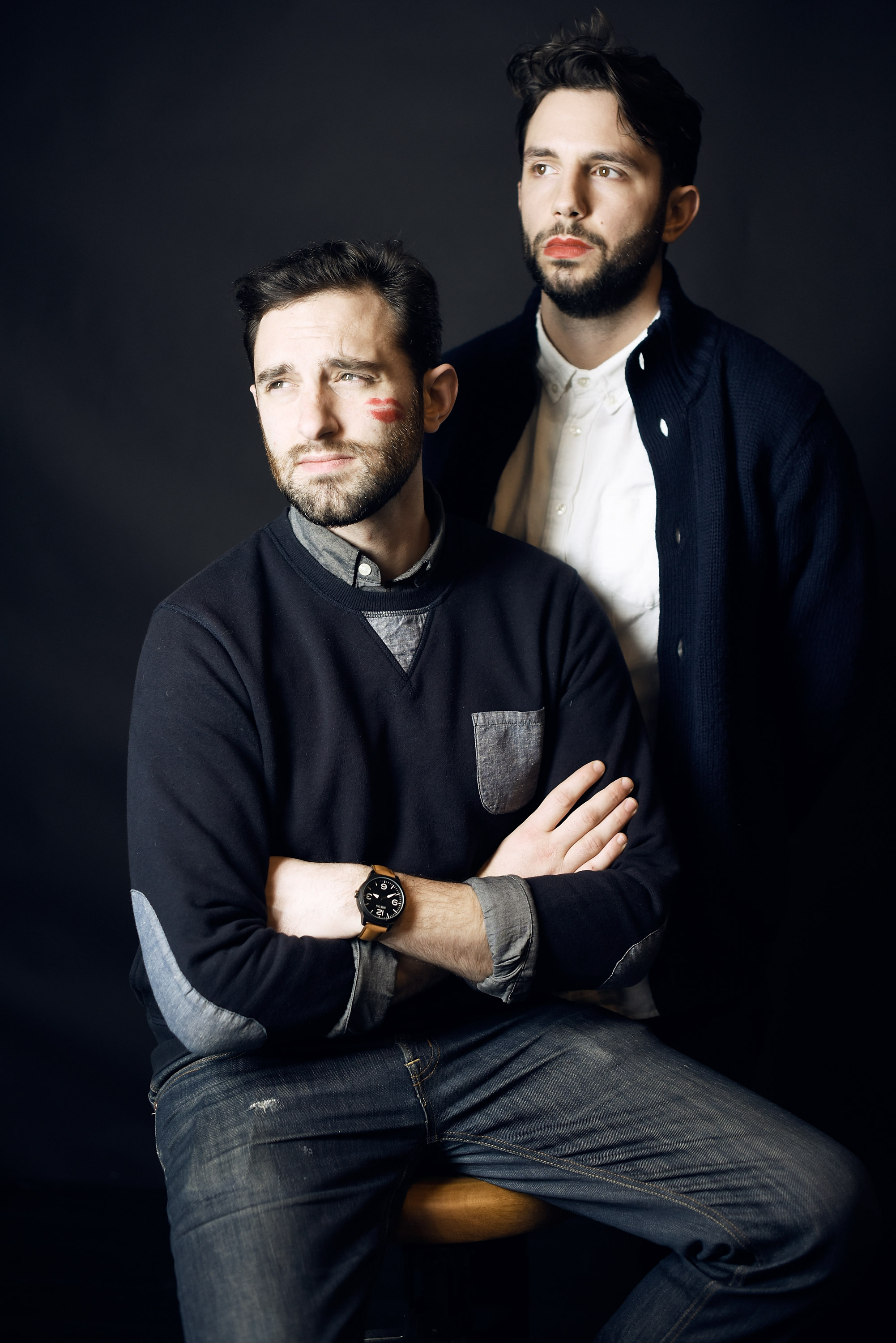 The only cynical aspect of the story is the knuckleheaded Homo sapiens who provide a through line for each episode as a corrupt mayor worms his way around affairs and bribery. The animals observe the human chicanery and react to it. “If you’re watching the season progress, you’ll be rewarded for it,” Luciano says. “We build to the last episode of the season in a pretty fun, satisfying way where the animals’ world and the humans’ world coalesce.”

“It just felt like a good joke,” Matarese says. “Having the humans grunt and not be able to talk and be very animalistic, it’s just a fun thing to do.” He pauses. “I guess our show is through the lens of animals. I just figured that out.”

Once the season was complete, the producers and creators shopped Animals at Sundance, eventually landing at HBO. In Mark’s eyes, it was a good fit — not just because Togetherness was housed there, but because it fit everyone’s vision of the show.

“There’s a bit of a ‘We’re all in it together’ feeling at HBO,” he says. “It’s this thing where everybody knows, ‘Were’ all drafting off of Game of Thrones.’ They have a massive viewership and they spend what the need to on that show; I don’t go to the execs and say, ‘Why don’t I have as many billboards as Game of Thrones?’ They understand that our shows add value to their channel and are generally well received and generally people like us. There’s less pressure.

“It’s more like, ‘We all want this show to live for 10 years, how can we build this thing together?'” he continues. “The network got that immediately.”

Matarese and Luciano are just happy they have an opportunity to make edgy animation in a place where they have freedom. “There’s really cool stuff happening in animation,” Matarese says. “There are all those kids cartoons that are good, like Adventure Time and Over the Garden Wall, and then Bob’s Burgers is huge. I’m excited to make a full-on ‘we can say “fuck”‘ cartoon. We don’t have to be crass just because we have an HBO show but we can be violent and gross and nasty.”

“Get some rat titties on there,” Duplass says.

“I think we do have an inherent sweetness to our show, though,” Matarese says. “Once we figured that out, we were like, this is great.”