Fall TV is the time when networks make a big batch of spaghetti and see what sticks. And this year is no different. Andy Samberg will make his debut as a Brooklyn cop, James Spader will appear as a vengeful FBI informant, and Michael J. Fox is a news anchor suffering from Parkinson’s disease. In honor of the couch-bound days ahead, here are 13 premieres and returns we’re looking forward to this season. (Warning: spoilers ahead).

1. Boardwalk Empire
HBO, Sundays at 9 p.m, starts September 8th (season four)
We pick up with our favorite bootleggers at the start of 1924. Nucky (Steve Buscemi) may have dealt with the Gyp Rosetti (Bobby Cannavale) problem at the close of last season, but he’s now in a new battle with the mayor and navigating his ongoing Cain and Abel struggle with his brother Eli. Nucky also has new pressures mounting as Harlem’s Dr. Valentin Narcisse (Jeffrey Wright) appears to be making a play for Chalky White’s (Michael K. Williams) position in Atlantic City. Notable cast additions this season include Patricia Arquette and Ron Livingston. 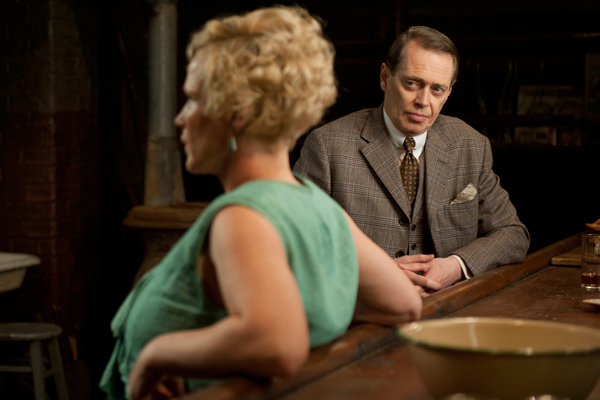 2. Brooklyn Nine Nine
Fox, Tuesdays at 8:30 p.m., September 17th
This cop comedy from the team behind Parks and Recreation stars SNL alum Andy Samberg as Jake Peralta, a goofball detective who is surprisingly good at his job, playing against the no-b.s. Captain Ray Holt (Andre Braugher). This procedural-inspired workplace dramedy is set in a Brooklyn precinct and backed by a diverse ensemble with cameos from Fred Armisen and Andy Richter.

3. New Girl
Fox, Tuesdays at 9:30 p.m., September 17th (season three)
At the close of season two, Nick (Jake Johnson) and Jess (Zooey Deschanel) drive off into the Los Angeles night to the Vaccines’ “I Always Knew,” to a chorus of “. . . ’cause it’s you . . . it’s always you, I always knew,” which feels like a harbinger of fate-slash-destiny for these roommates. The season picks up right where we left off. The pair, who are now dating, get into trouble in Mexico, with Nick ending up in prison. After last season’s Taylor Swift wedding surprise, a relationship for Schmidt (Max Greenfield) and CeCe (Hannah Simone) is again an option. As an added bonus, this season Damon Wayans Jr. will reprise his role as Coach. 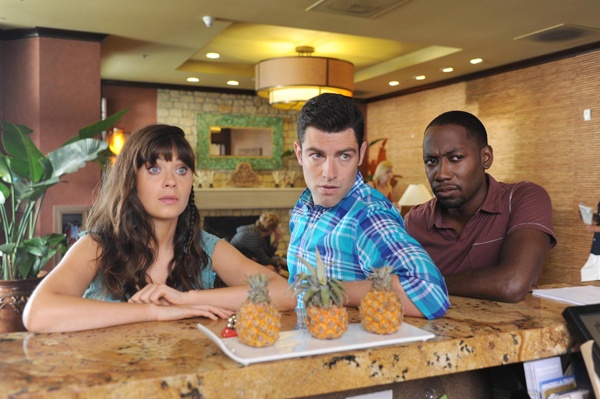 4. The Blacklist
NBC, Mondays at 10 p.m., September 23rd
At the opening of this new terrorist nail-biter, one of the FBI’s most wanted criminals, Raymond “Red” Reddington (James Spader), turns himself in with the stipulation that he will only talk to newbie agent Liz Keen (Megan Boone). In what feels a little like NBC’s answer to Homeland, Red promises to help the FBI catch a “blacklist” of mobsters, politicians and terrorists. His real intentions, of course, remain to be seen. 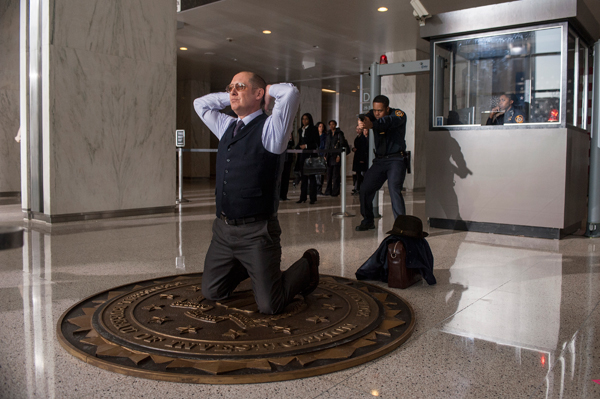 6. The Michael J. Fox Show
NBC, Thursdays at 9:30 p.m., September 26th
This semi-autobiographical sitcom stars Michael J. Fox as New York news anchor Mike Henry, whose career took a backseat when he was diagnosed with Parkinson’s. (Fox himself was diagnosed with the disease in 1991.) The comedy, which follows the former newscaster as his friends and family scheme to get him back on television, co-stars Wendell Pierce (Treme and The Wire) as Mike’s boss and Betsy Brandt (Breaking Bad) as his wife.

7. Modern Family
ABC, Wednesdays at 9 p.m., September 25th (season five)
Going into season five, ABC’s hit comedy is set to take on the Supreme Courts’ same-sex marriage ruling. Will that mean a wedding for Mitch (Jesse Tyler Ferguson) and Cam (Eric Allen Stonestreet)? Lilly as a flower girl? Comedian Adam DeVine (Workaholics) is also set to join the show as baby Joe’s manny, a sweet Midwesterner with plans to get the house in order. 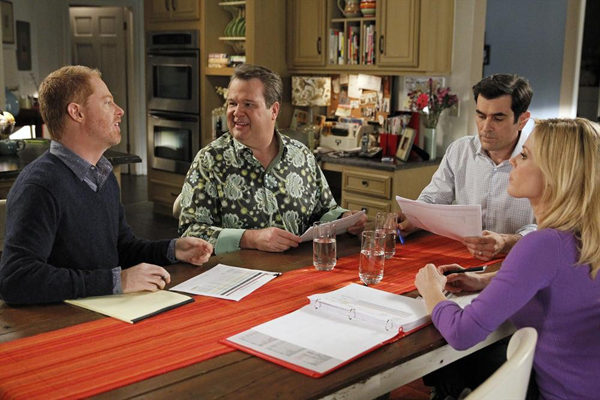 8. Nashville
ABC, Wednesdays at 10 p.m., September 25th (season two)
Season one of this Emmy-nominated drama set in the country music capital of America closed with Deacon (Charles Esten) learning he is Maddy’s (Lennon Stella) father, which sent him on a lamp-smashing bender. He and Rayna (Connie Britton) were in a massive car crash, Peggy (Kimberly Williams-Paisley) is pregnant, Gunnar (Sam Palladio) proposed to Scarlett (Clare Bowen) and Juliette (Hayden Panettiere) buried her mom. When we return, Rayna is in a coma, Juliette is annoyed she has to compete with a “saint,” Peggy wants to jeep the baby and Gunnar gets a kiss from someone other than Scarlett. There’s too much soapy drama already for Rayna not to pull through, but amnesia is not out of the question. 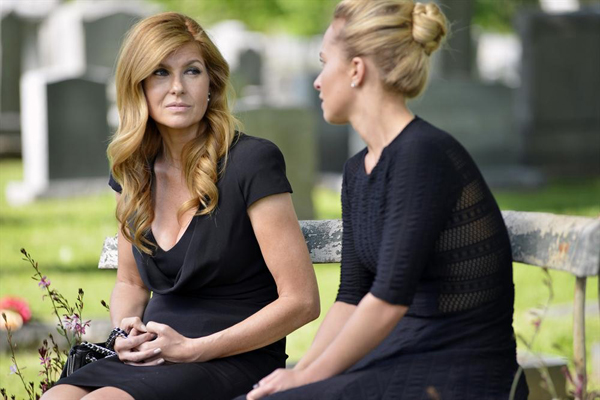 9. Parks and Recreation
NBC, Thursdays at 8 p.m., September 26th (season six)
At the beginning of season five, Leslie Knope (Amy Poehler) is running away from efforts to recall her from office. She’s on her way to London to receive an award from the International Women in Leadership Group, and the rest of the cast is tagging along. (Co-star Chris Pratt was shooting Guardians of the Galaxy, and producers decided to shoot the premiere in London.) While the show is losing Rashida Jones and Rob Lowe, Kristen Bell will guest star as the city councilor from Eagleton and Ron will take on fatherhood. Meanwhile, April and Andy will keep navigating a long-distance relationship, and Retta will get more airtime. 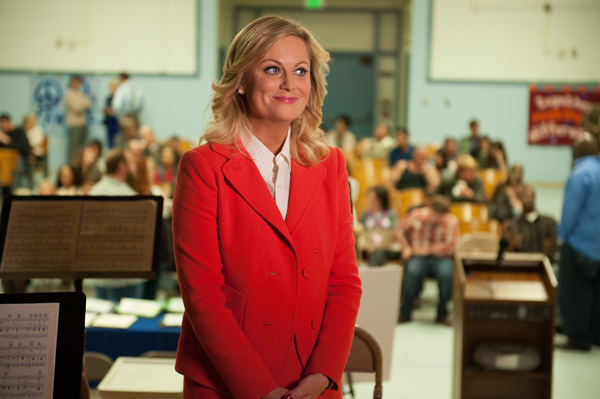 10. The Good Wife
CBS, Sundays at 9 p.m., September 29th (season five)
At the end of season four, Alicia (Julianna Margulies) agreed to start her own firm with Cary (Matt Czuchry), which will wreak havoc at Lockhart/Gardner, where she’ll continue working while she plans her exit. Her husband Peter (Chris Noth), the newly elected governor of Illinois, and his advisor Eli (Alan Cumming) are busy staffing their new office. Guest stars this season are set to include Jeffrey Tambor, Melissa George, Ben Rappaport and Barry Scheck, an actual defense attorney and a member of O.J. Simpson’s infamous legal team, who will appear as himself. 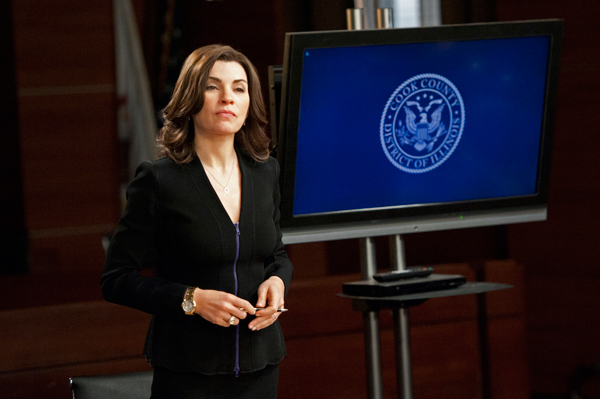 11. Eastbound and Down
HBO, Sundays at 10 p.m., September 29th (season four)
When we find Kenny (Danny McBride) at the beginning of season four he is living the dream in North Carolina with his family. (At the end of last season he returned to the major leagues, faked his own death and returned home to April, the mother of his child.) Ken Marino (Children’s Hospital) will appear in the final season as Guy Young, a middle-aged party-boy athlete. And in perhaps the most exciting thing to happen to fall television, Lindsay Lohan is set to play the adult version of Powers’ illegitimate daughter.

12. Masters of Sex
Showtime, Sundays at 10 p.m., September 29th
This new Showtime original dramatizes the lives of William Masters (Michael Sheen), an out-of-touch scientist, and Virginia Johnson (Lizzy Caplan), a single mother ahead of her time. Together they pioneered the science of sexuality and are credited with launching the sexual revolution. The series charts their lives, relationship and contributions to the culture at large. It’s sure to get a little racy.

13. The Walking Dead
AMC, Sundays at 9 p.m., October 13th (season four)
When we last left this band of survivors, Rick (Andrew Lincoln) had welcomed the former Woodbury crew into the prison. Andrea (Laurie Holden) is dead, Daryl (Norman Reedus) killed his brother Merle (Michael Rooker), and Rick isn’t crazy anymore. But can he and Carl work together? Or has the immorality of the apocalypse finally gone to his son’s head? Lawrence Gilliard, Jr. (The Wire) will join as comic character Bob Stookey, and Tyreese (Chad Coleman), Sasha (Sonequa Martin-Green) and Beth (Emily Kinney) will get more airtime. 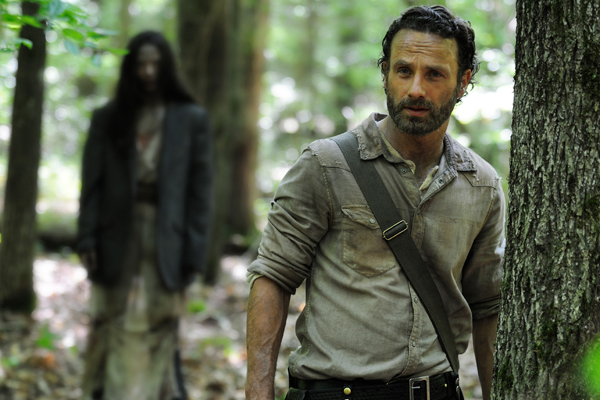