Depending on who you ask, Netflix’s hit YA drama 13 Reasons Why is either tremendously irresponsible television or an incredibly bold and vital work. Like a lot of things geared toward The Youth, there is a compulsion to litigate its existence in public forums, condemn it alongside Tide Pods and/or declare it a Good Way to Talk to Your Teen. And because the show’s second season premiered over this past weekend, you’ll see many trying to sort this out once more and in disproportionately severe terms: Is 13 Reasons Why dangerous? How dangerous is it? Do you know where your children are?!?

The new episodes continue the story of Hannah Baker (Katherine Langford), a high school student who committed suicide and left behind a series of cassette tapes detailing the titular reasons for which she decided to end her life. Season One was a raw, somber thing – committed to depicting a portrait of a young woman in peril failed by those around her, and the lasting trauma her death had on her community. It also committed to showing, in impossible-to-watch detail, the entirety of Baker’s suicide – a scene so graphic it enveloped the series in controversy. Add in the series’ popularity on social media and our cultural tendency to hand-wring over anything that’s a hit with younger viewers, and you have one of Netflix’s most talked-about successes of the last year.

Does '13 Reasons Why' Glamorize Teen Suicide?

Given its subject matter, it’s uncomfortable to call a show like 13 Reasons Why “popular.” But it is – at least by whatever slippery metrics we have to measure the popularity of a Netflix show – and it’s not out of morbid fascination with the tragic fate of Ms. Baker. 13 Reasons Why is a mystery, one where Clay Jensen (Dylan Minnette), an acquaintance of Hannah’s, receives the tapes she left behind and finds himself in the middle of a sort of posthumous, physical chain letter. Each tape is addressed to a person, and recounts an incident that contributed to her anguish: the guy who sent around an upskirt photo of her; the people that started rumors about her promiscuity; the boy who raped her. Each of them gets a turn with the package, and passes it on to the next person on the list – so they know they are one of the reasons why.

In exploring why Hannah felt she had to end her life, the series became a meditation on the pain we inflict on others in ways both monstrous and indifferent. But given the approach to its subject matter – which extends beyond suicide into subplots involving rape, slut-shaming, cyberbullying and mental health – it was at times difficult to square 13 Reasons Why’s stated intentions with its actual content.

“In the case of the more traumatic events of the show, we felt a real responsibility not to look away from them,” said executive producer Brian Yorkey in an interview with Entertainment Weekly last summer. “The temptation to tell that story in a way that makes it easier to watch is tantamount to not telling the truth. So where we were bold, we were only bold because the truth is powerful and sometimes difficult.”

The show’s choice to be “bold” is the start of its considerable problems. First, its depiction of suicide – defended by one of the show’s writers, Nic Sheff (himself the survivor of a suicide attempt) as being graphic in order to dispel the myth of a peaceful, easy act – has been widely criticized for not following published guidelines on covering suicide. Granted, as a television drama, 13 Reasons Why isn’t held to the same standards that reporters are, but given the documented phenomenon of copycat suicides, particularly among teenagers, there’s a level of responsibility that ought to be expected. 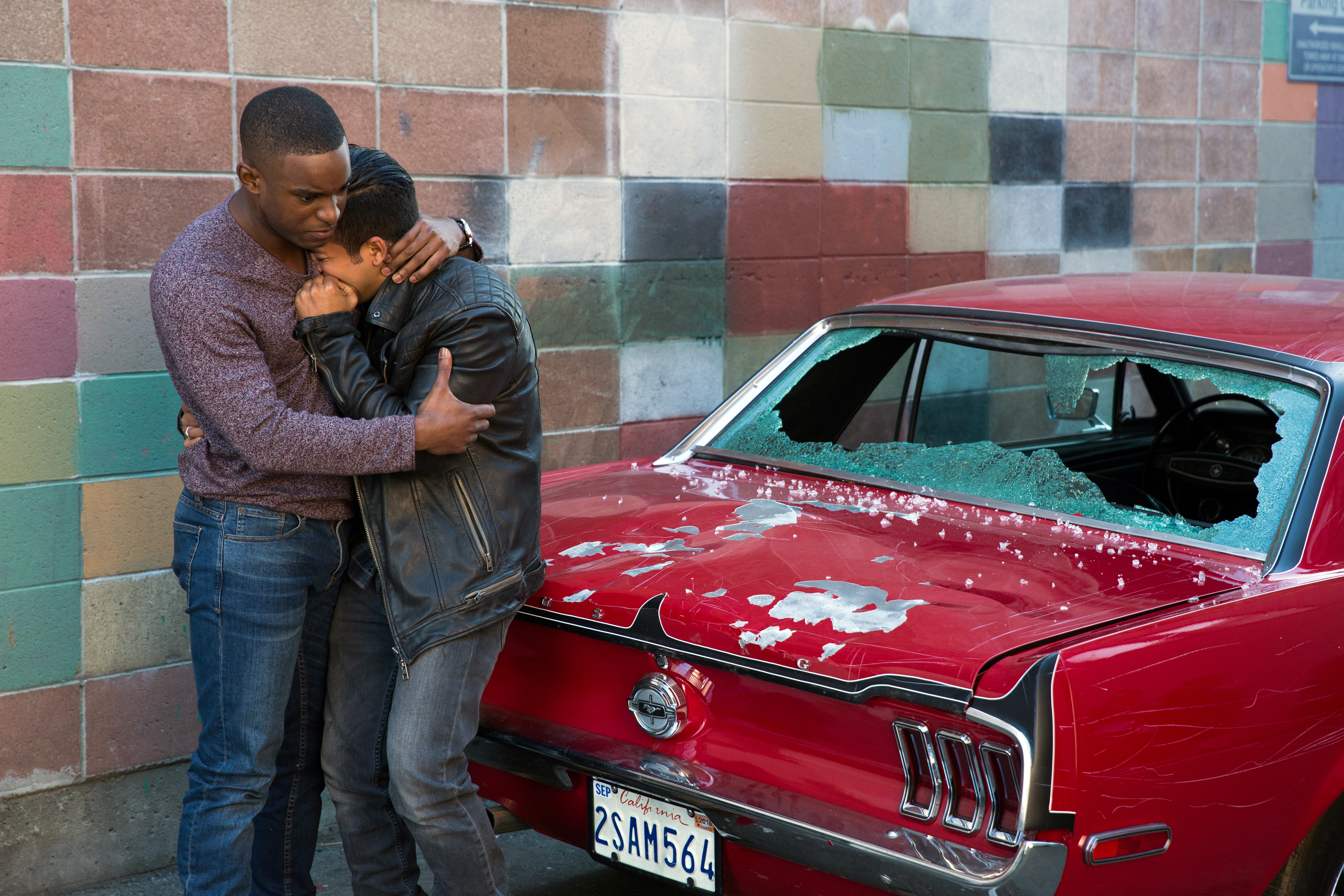 The show’s noble, stated intentions are also undermined by the fundamental flaw of its premise: In ending her own life, Hannah gains the agency she never had before. She haunts her classmates, imposes consequences and, in a bleak, final way, finds justice. In its attempt to execute its own concept, the series inadvertently makes Hannah’s suicide look like a way for her to get a lot of things done that she couldn’t have achieved by living. And that, emphatically, is not what suicide accomplishes.

It gets worse in Season Two. There are no more tapes, but Hannah is even more present. She’s now an apparition that Clay converses with, a spectral guide leading him to pore over the circumstances of her final days in even more excruciating detail, revealing further lurid depths to Season One’s crimes. Much of its plot is concerned with a lawsuit Hannah’s parents have brought against the school, for fostering the environment of negligence and harassment that fueled their late daughter’s despair. Throughout, the testimony of each student provides an opportunity to revisit Hannah’s story at length, revealing further complications, further cruelties … and yet another flashback to her rape.

And here is where 13 Reasons Why loses most of the goodwill you could gin up for the sincere defenses of its first season. It teeters over the exploitative line that it was always in danger of crossing, and then decides that it’s not that big of a deal. This tension between the show’s conflicting compulsions isn’t offset by the increased efforts the show’s producers and Netflix made to address the criticisms of mental health professionals who believed the show could have a negative impact on the vulnerable. The resources that the show points viewers to every episode are commendable, but also extraneous – the show might be all many people see. And in its second season, the text of the show is damning. from a rapist having more victims than we knew to bullied queer characters suffering further abuse. Then, with the same unearned confidence it approached suicide, its sophomore go-round gestures towards another hot-button issue: gun violence.

You could sum up the first season as being about a multitude of crimes large and small – a cascading series of missteps and mistakes both portrayed onscreen and committed by its creators, a messy television show with aspirations to talk about things we’re woefully under-equipped to discuss as a culture. And Lord knows, there are too many things we’re not talking to each other about. You don’t have to look very far, as online communities of young men gather around ideas of sexual entitlement and resentment, spilling out into the real world where it results in the death of women – a real-world endpoint to the sort of thinking that villainous characters in 13 Reasons Why embrace. With care, there is ample opportunity for a show with these ambitions to offer a window into a better world. Or at least, something that helps us navigate this one.

Watch enough of 13 Reasons Why and you’ll find that it’s fond of a very particular type of realism – the kind where characters find some emotional catharsis, but the actual conclusion of their story is bleak, because in the real world good guys don’t always win and bad guys don’t always get what they deserve. It’s a shallow play at nuance, a way to give the show a sense of gravity without really earning it – because while its creators stress how this show talks about the issues, they also made a pulpy-as-hell mystery full of sex and guns and teen conspiracy. So even if Netflix’s hit teen drama is sincere and wants to get people talking, it’s also a show that can’t hide the fact that it wants them to watch the next episode even more.