These days, every Super Bowl is a reflexive celebration of American overkill. There is no such thing as a Super Bowl that might somehow be underplayed, but there are certain Super Bowls that tend to stand above the others, often because they come to represent something larger about the zeitgeist.

This is what we appear to have in 2015: The Seattle Seahawks, both loudmouthed and close-mouthed representatives of the touchy-feely Pacific Northwest and the new NFC order, versus a New England Patriots franchise that, as it veers toward the last days of the Brady-era dynasty, has become a stand-in for the overarching arrogance of Boston Brahmins.

Of course, some intensely overhyped Super Bowls wind up better than others; perhaps New England/Seattle will be one of those. So in that spirit, here are a dozen Super Bowls, arranged chronologically, that lived up to the hype, either on the field or in the long-term cultural memory, and over time helped make the Super Bowl the ostentatious national holiday we now know it to be (all point spreads courtesy of VegasInsider.com).

Super Bowl III – New York Jets 16, Baltimore Colts 7
Point Spread: Colts -18
Two days before this game, NFL Commissioner Pete Rozelle announced that he was considering altering the format of the NFL postseason in order to make it more equitable. But no one really noticed when Joe Namath (of the weak-sister AFL’s Jets) sauntered into town, nearly got into a brawl with the Colts’ Lou Michaels and hung around poolside, making guarantees no one presumed he could keep. There’s the pre-Namath NFL era and the post-Namath NFL era: With him, the Super Bowl began its evolution from a potential failure into an outsized American institution. Without him, it might be something altogether different.

Super Bowl VII – Miami Dolphins 14, Washington Redskins 7
Point Spread: Miami -1
It’s kind of mind-boggling to realize that, according to Michael MacCambridge’s America’s Game, the Dolphins were actually betting underdogs in several places, despite having not lost a contest all season leading up this Super Bowl. Admittedly, the actual game was sort of a dud – the lingering highlight was a flub of a throw by an Armenian kicker that wound up meaning nothing in the grand scheme – but it cemented the only undefeated season in NFL history, and fomented one of the more insidious Super Bowl-related urban myths in modern history. And what’s amazing about the Super Bowl is that even when the game itself was unmemorable, its popularity continued to grow.

Super Bowl X – Pittsburgh Steelers 21, Dallas Cowboys 17
Point Spread: Pittsburgh -7
The unofficial opening of the American bicentennial, the commencement of one of the league’s signature rivalries, the first appearance of Up With People: Super Bowl X ratcheted the game further into the American consciousness, and also proved to be the most compelling game to date, highlighted by the receptions of Lynn Swann, who in the aftermath became the nation’s most famous male ballet student. 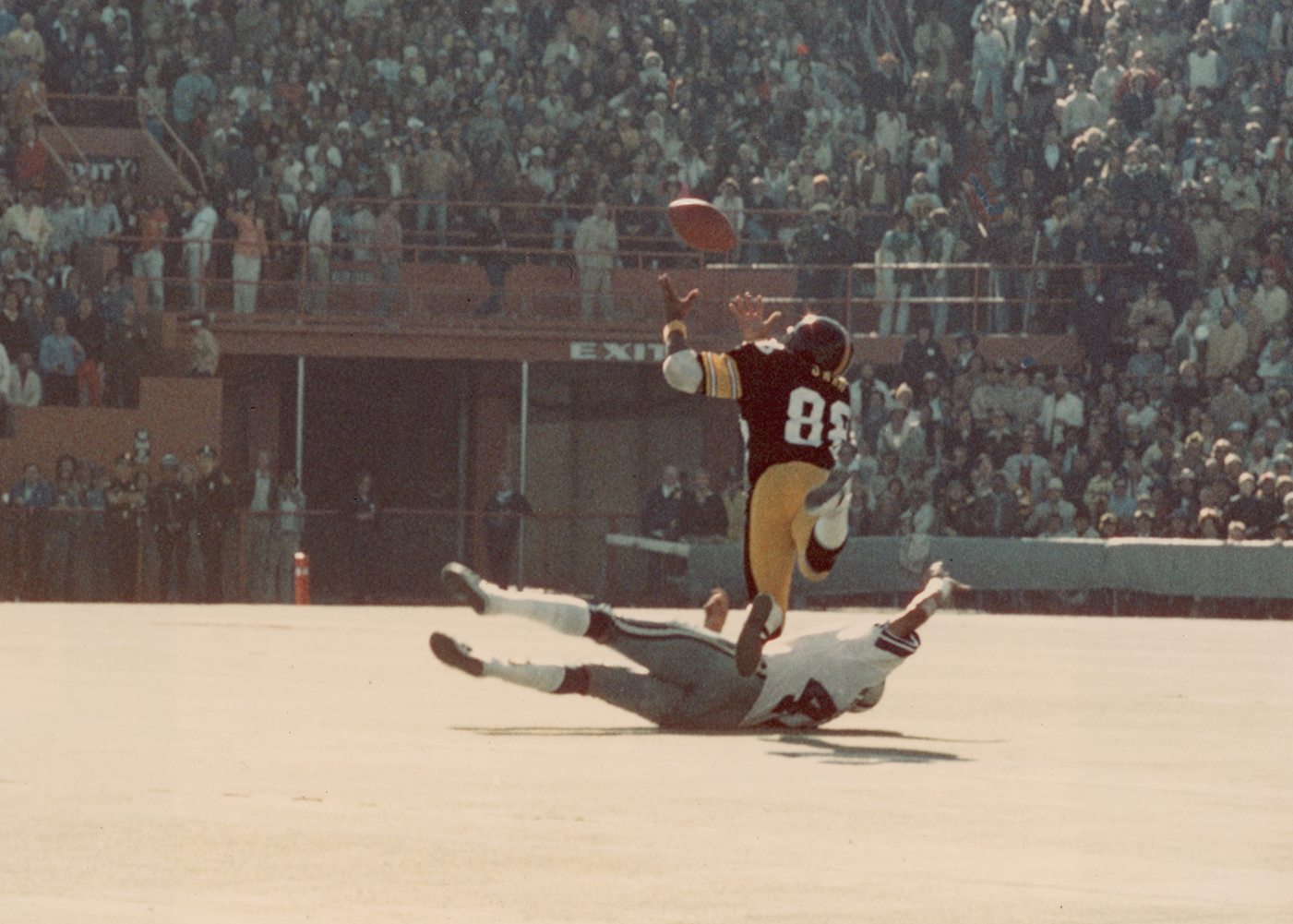 Super Bowl XIII – Pittsburgh Steelers 35, Dallas Cowboys 31
Point Spread: Pittsburgh -3.5
The rare sequel that exceeded the original, a momentum-swinging affair that saw the Cowboys’ Roger Staubach nearly rally his team back from a 35-17 deficit in the final couple of minutes. That, and Hollywood Henderson’s cocaine-fueled condemnation of Terry Bradshaw’s perceived illiteracy, along with maybe the greatest collection of talent (14 future Hall of Famers) in any Super Bowl, rendered this a sort of übercontest. It marks the evolution of the SB from a football game into a national day of reckoning, a celebration of true hyperbole.

Super Bowl XX – Chicago Bears 46, New England Patriots 10
Point Spread: Chicago -10
The quintessential terrible-iconic Super Bowl, because no team so embodied the outsized spirit and self-regard of the 1980s quite like those Super Bowl-shuffling ’85 Bears. Jim McMahon urinating in French Quarter doorways, Ditka being Ditka and the Fridge plowing into the end zone – the Bears were Reagan-era excess at its finest, and the fact that they beat the living daylights out of Tony Eason and the Patriots only cemented their legacy as the greatest team never to play in a second one of these games. Which is why this one-and-only season by the Bears inspired nearly a decade of sketch comedy in its wake. 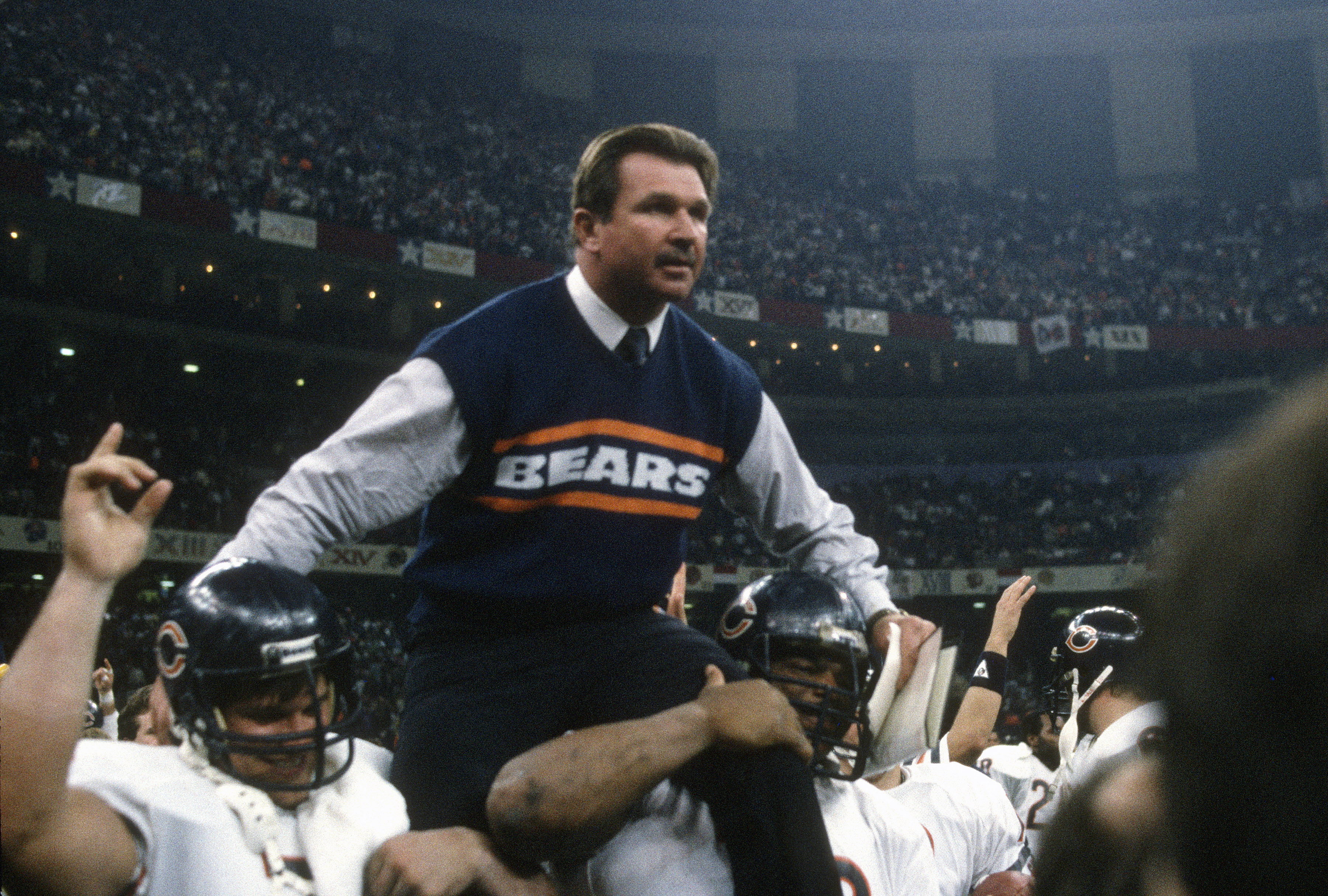 Super Bowl XXIII – San Francisco 49ers 20, Cincinnati Bengals 16
Point Spread: San Francisco -7
The John Candy Game. The year Joe Montana drove the 49ers 92 yards in the final minutes and elevated himself into the most unflappable quarterback of all-time. Also the year when riots in Miami nearly overshadowed the game itself, and when the Bengals’ lineman Tim Krumrie suffered a vicious leg break, a primordial example on the national stage of the ravages of pro football. The fact that this was one of the few excellent Super Bowls amid an era of not-very-close editions makes it perhaps the signature game of the 1980s, as well as of the 49ers dynasty.

Super Bowl XXV – New York Giants 20, Buffalo Bills 19
Point Spread: Buffalo -7
The Super Bowl has always been associated with failure as much as success (hello, Jackie Smith), but never more so than in the 1990s, when the Bills commenced that retroactively astounding run of four straight SB defeats, gakking away this game on Scott Norwood’s missed field goal. Norwood became so synonymous with failure that even Vincent Gallo utilized him as a totem, which wasn’t fair, but hell, by this point the Super Bowl was such an iconic happening that it became a metaphor for everything, including life’s essential unfairness.

Super Bowl XXXII – Denver Broncos 31, Green Bay Packers 24
Point Spread: Green Bay -11
The year John Elway, his team a prodigious underdog, helicoptered his way to immortality, thereby erasing the ignominious memory of three previous Broncos Super Bowl defeats. But it wasn’t just that – it was the first time a Super Bowl had been decided by a touchdown or less since that Scott Norwood game, broke a string of 13 consecutive NFC victories and called to an official end the era where the big game was almost guaranteed to be a stultifying sidelight to your sister’s clam dip.

Super Bowl XXXVI – New England Patriots 20, St. Louis Rams 17
Point Spread: St. Louis -14
The year Brady displaced Bledsoe, the year of the Tuck Rule AFC championship game, the year Mike Martz was still considered some sort of mad genius for turning the Rams into an up-tempo machine behind a former supermarket employee who had come to embody the gritty side of the American dream. But this would prove to be the end for the Rams, and for Martz, and this would prove to be the start of the Brady legacy, of the glossy notion that a quarterback with a model’s visage who had been overlooked 198 times in the NFL Draft might actually be the 21st-century incarnation of Joe Montana. One of those games that retroactively feels far bigger than it did at the time, though U2 did play the halftime show.

Super Bowl XLII – New York Giants 17, New England Patriots 14
Point Spread: New England -12
Arguably the greatest confluence of hype and game action in Super Bowl history: New York vs. Boston, the undefeated Patriots, the helmet catch. It solidified the legends of a one-hit wonder (David Tyree) and a quarterback (Eli Manning) who is both utterly confounding and undeniably immortal. At the time, it was the most-watched Super Bowl in history, and it began a solid run of six straight contests that were both eminently watchable and well-contested. 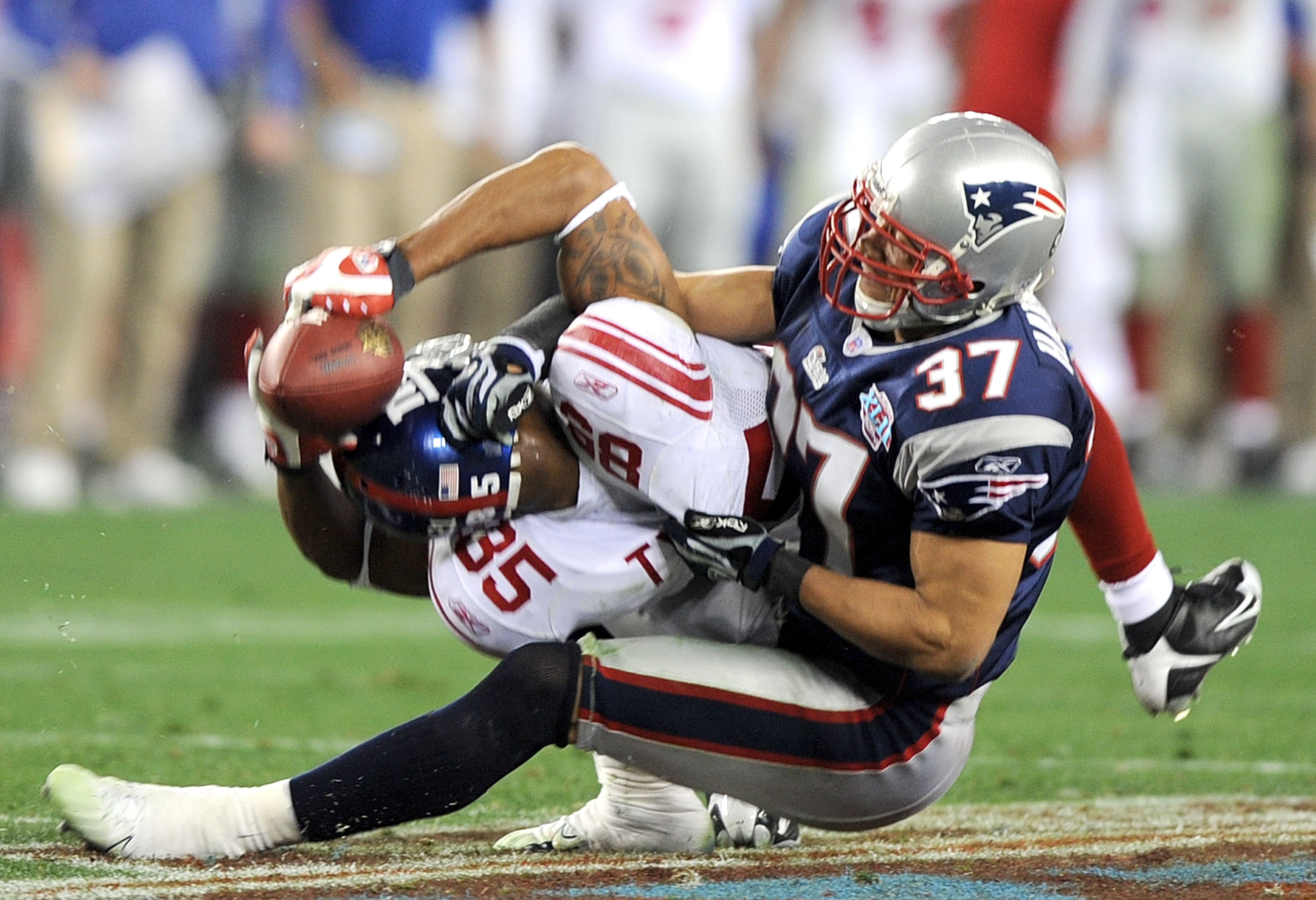 Super Bowl XLVI – New York Giants 21, New England Patriots 17
Point Spread: New England -2.5
That run includes this rematch (Brady’s fifth Super Bowl appearance, and second consecutive loss), which again set ratings records – as did Madonna’s halftime show, featuring M.I.A.’s $16-million dollar middle digit – and in which the Patriots were (again) favored, and in which the game-winning touchdown was scoring by a running back attempting not to score and in which New England again failed to finish the job in the final minutes.

Super Bowl XLVII – Baltimore Ravens 34, San Francisco 49ers 31
Point Spread: San Francisco -4.5
The fact it took less than half of a century for a pair of brothers to face each other as coaches in the Super Bowl – hell, the fact that it happened at all – is one of those near-mythical convergences that will fill the pages of sports chapter books for pre-teens for decades to come. That it was the Type-A Harbaugh brothers, who are each insanely driven in their own inscrutable ways, only made it that much better; that there was a prolonged blackout in the middle of the game, spawning an entirely new branch of conspiracy theories, elevated this into the all-time strange-but-true pantheon.