There might be a tendency to think that, after attracting critical praise and a rapidly growing fanbase, that You’re The Worst, FXX’s “anti-romcom romcom,” might calm down a bit going into its third year. Sure, Stephen Falk’s half-hour comedy made its name by having two self-admittedly horrible people — journalist and would-be novelist Jimmy (Chris Geere) and music publicist Gretchen (Aya Cash) — hook up after a wedding, then indulge in as much booze-soaked bad behavior as possible. But having already pushed the boundaries of its self-hating protagonists for two seasons, as well as handling the topic of soul-crushing depression with a surprising sensitivity, the idea that the series would mellow out a bit as its starts its next round of episodes on August 31st. The characters have settled down a bit. Surely, the show would follow suit, like many sitcoms before it. And then comes the new season’s first scene.

Without giving too much away, the premiere joins Gretchen and Jimmy in a moment of explicit coitus interruptus that turns a graphic sex scene into a selfless, affectionate gesture. “They start Season Three fucking,” Falk says, not mincing words. “It’s a palate-cleanser after last season, which got heavy in the second half. But also just demonstrates in a shorthand that these two people are still in the having-sex-all-the-time phase of their relationship.” This down-and-dirty vision of authentic intimacy is leagues removed from the defiantly unemotional sex the pair had back in the pilot, when they met at a wedding as two people morbidly magnetized together by the intensity of their dislike for everyone else and themselves.

“I knew I wanted to do something that was risky, bold and potentially off-putting,” Falk says, when asked about the initial spark that set You’re the Worst into motion. “But I sold it as a story about two shitheads who fall in love — and more specifically, a boozy, cable-y version of Mad About You. They had human flaws and made bad decisions, could sometimes be mean or selfish. In American television’s executive halls, you hear a mandate about ‘likability’ in characters; I thought that was pretty narrow, and that it cut off a giant aspect of our humanity.”

So rather than try to tame his ideas, he upped the ante instead, centering on two strictly relationship-averse misanthropes who can’t deny their mutual eye-rolling distaste for tsuckers who subscribe to silly notions like “commitment” or “monogamy” or “love.” in a matter of episodes, they quickly find themselves turning into their own cracked-out version of the very couples they once mocked. A premise seemingly intent on defeating itself demanded two sharp actors to sell it, and Falk found them in Geere and Cash.

“I knew I wanted to do something potentially off-putting … I sold it as a story about two shitheads who fall in love — specifically, a boozy, cable-y version of Mad About You.” –Showrunner Stephen Falk

“What I liked was that the show didn’t have one identifiable tone,” Geere says. “You read a page, it looks like a usual sitcom, and so you decide you’ll play it like this. But then you finish the script, and you’ll see a moment between Jimmy and Gretchen that totally changes what your performance has to be.” Cash seconds his sentiment, but adds a more specific dimension to it as well. “A lot of stuff you read for women is either boring/same-old same old, or prostitute,” she says. “To have a female character who’s flawed, interested in sex, fun, but struggling with depression — it’s nice to see those multitudes contained in one person.”

“I think healthy people are boring,” Falk adds, “and if you’re portraying someone as healthy, then you’re either not digging deep enough into the characters you’re creating, or you’re starting with the wrong kind of character.”

Those multitudes got even more multitudinous over Gretchen’s gut-punch of an arc last season. Falk gradually pulled back the curtain on Gretchen’s lifelong struggle with depression, manifesting on the show in her stalking of a happy family she had idealized in her mind. The mid-season episode in which she learned that the family was just as screwed-up as anyone else was nothing short of devastating, striking a chord with viewers who saw themselves in her worst tendencies.

“I’ve had a lot of positive interactions with people saying that Gretchen has helped them understand their boyfriend or their girlfriend or themselves,” Cash says. “Ultimately, I think the reason you become an actor is because you want to connect your experience of the world with others. Sometimes, that gets lost and we do things for money or for the career or boredom, but I feel really proud to be a part of something that’s affecting people.” 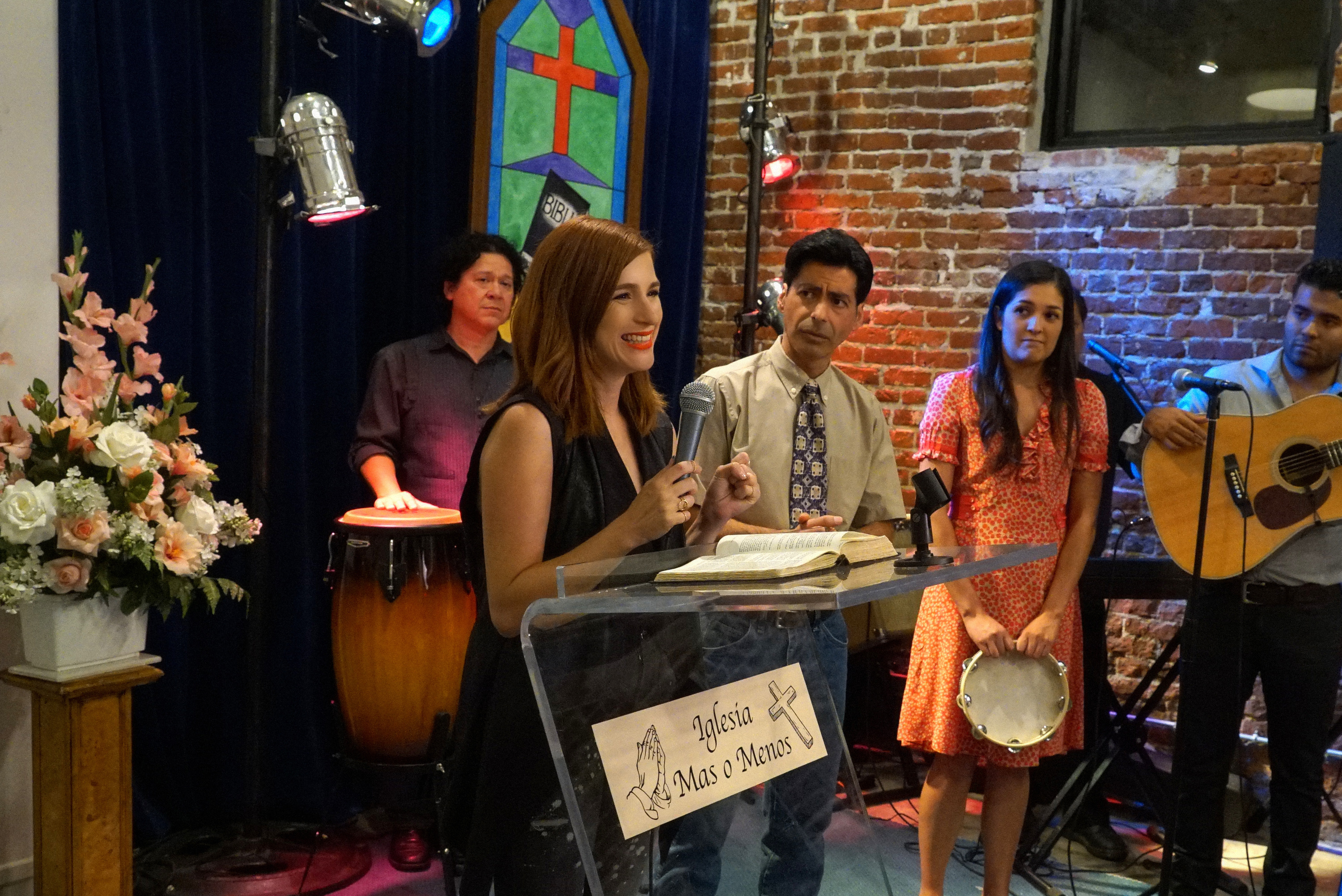 Despite modest ratings and a puzzling lack of acknowledgement from the Emmy voters — “I’m shallow enough to say that [an Emmy nomination] would be nice” Falk says — the show’s second season was a critic-certified success. But it left Falk and his ensemble with an odd, paradoxical challenge for their next act: How can a series about people incapable of changing stay fresh after banking on their arrested development?

The careful, measured solution, the showrunner says, was to split the difference between the dysfunction audiences had gravitated to and the sense of progress that their story required. There will still be self-sabotage and -destruction — it’s still You’re the Worst — but without revealing anything too major, Falk explains that maintaining a little equilibrium helps. The supporting characters — Desmin Borges’ PTSD-afflicted veteran and Kether Donohue’s self-centered stay-at-home wife — will go through their own ups and downs. Gretchen can expect a little reprieve after last season’s psychological obstacle course (she’s finally receiving some profession help from Orange Is the New Black alum Samira Wiley as a therapist with some issues of her own), and Jimmy’s will indeed be heading down a darker path. “As Gretchen swings up,” Cash says, “other people swing down.”

“They’re dealing with the aftermath of a new level of intimacy and what it might mean,” Falk adds, “and that leads directly to a larger story about the time in a relationship where a partner starts to become less of the person you’re hanging out with and more of your family.”

And to anyone still dubious that You’re the Worst can grow and evolve from season to season, well, here’s Geere on how he felt shooting the heartwarming sex scene that shamelessly sets off the new episodes: “In Season One, [a nude scene] was the most terrifying prospect in the world, to have to go onto a stage full of strangers and be incredibly intimate with a stranger, a person of the opposite sex who isn’t my wife at that. On paper, potentially the most mortifying thing a person can ever do.