You could not ignore Yaphet Kotto when he came on the screen. There was his sheer size: 6’3″ and broad as a barn in a business where most actors are much smaller than the camera makes them seem. There was that voice: hard as gravel, but also with an unmistakable lisp that lent just the right degree of vulnerability to the characters he played. And there were those eyes, so often red with a mix of rage, regret, and sheer weariness about the many travails his characters had been through.

Kotto, who died Monday at 81, had a career that could be looked at as a huge triumph in many ways. He played a James Bond villain, memorably co-starred in iconic films like Alien and Midnight Run, and played the boss on one of the greatest cop shows ever made, Homicide: Life on the Street. The traits that made him stand out so much in supporting roles rarely fit into the neat boxes for lead roles during the prime of his career, however, so he was consigned to character actor-dom. And he turned down some enormous roles, including Lando Calrissian in The Empire Strikes Back and Jean-Luc Picard on Star Trek: The Next Generation.

Yaphet Kotto, Star of 'Alien' and 'Homicide: Life on the Street,' Dead at 81

But boy, did he make the most of every minute he got in the jobs he took.

Kotto decided to become an actor at 16, later telling Roger Ebert, “Right away I knew I would have to learn something about diction and speech. I spoke in this very hip Harlem way … so I tape-recorded all of John Cameron Swayze’s newscasts and imitated them.” He worked on stage and television throughout the Sixties, finally breaking through as the successor to James Earl Jones as Jack Johnson in the original Broadway production of The Great White Hope. Recognizing the limited opportunities for black performers of that era, he co-wrote, produced, directed, and starred in 1972’s The Limit, a film about a California highway patrol officer. “You know what this black woman told me today?” Kotto told Ebert while promoting the film. “She said my movie was the first time in the movies she ever saw a black man take a black woman out on a date. Dinner, romantic music, the whole thing.”

In 1973, he played the first — and to this point, only — black Bond villain, in Roger Moore’s inaugural adventure, Live and Let Die. The bad guy in the book is Harlem gangster Mr. Big, a racist caricature. The movie’s Mr. Big is actually an alias of Kananga, dictator of a fictional Caribbean island nation. It’s still hugely problematic, and Kananga gets the most ignoble death of any primary Bond villain, literally blowing up like a balloon and bursting after Bond jams a compression pellet down his throat. But there’s a clear intelligence and a wink to Kotto’s performance, as if he’s aware of just how ridiculous the Mr. Big persona, voodoo, and all the other affectations are, and is just using them as stagecraft. 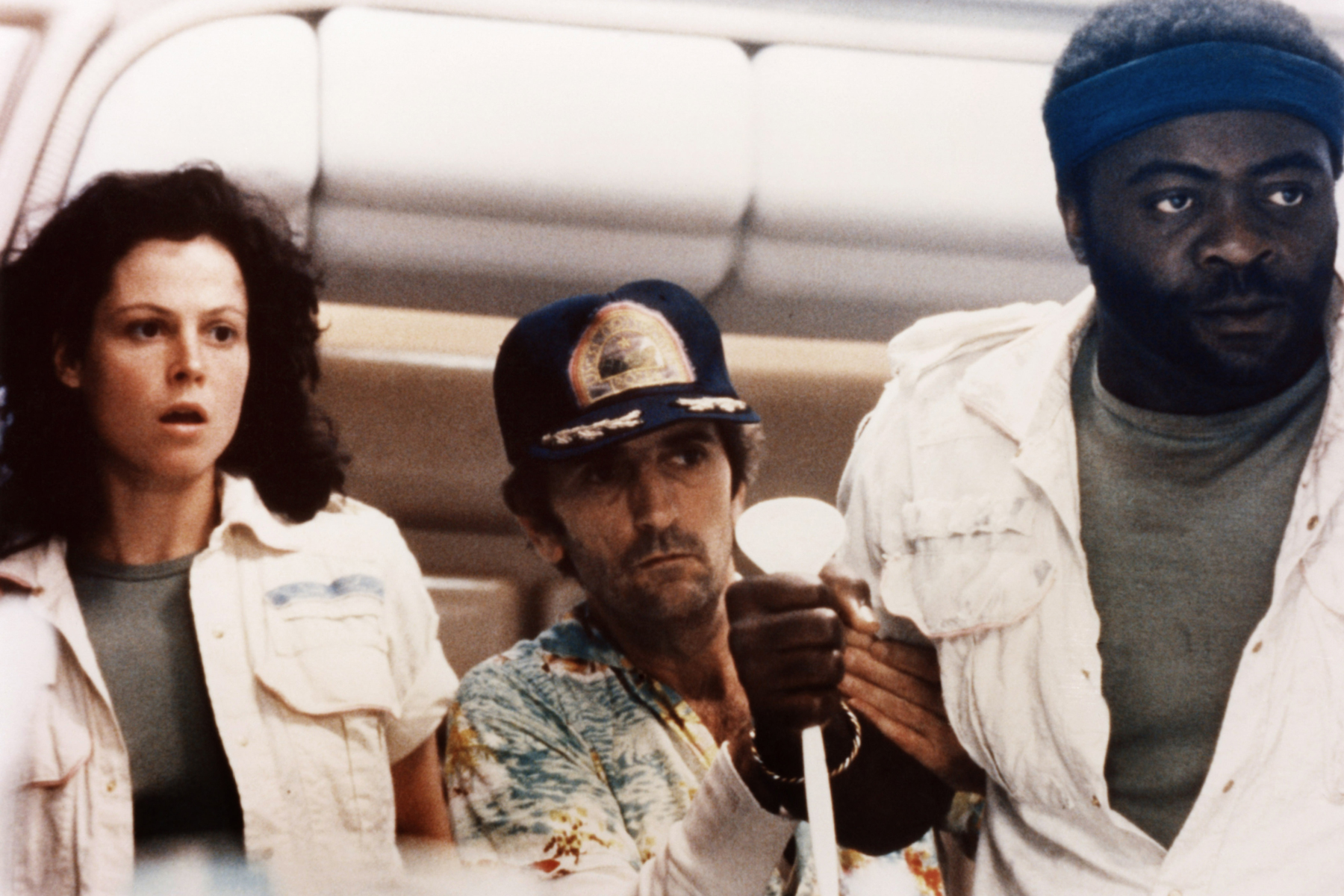 In Alien, Kotto plays Parker, one of the crew members on the spaceship Nostromo — essentially long-haul truckers of the future. Like everyone in the cast other than Sigourney Weaver’s Ripley, Parker doesn’t survive the adventure. But Kotto’s rapport with Harry Dean Stanton as Brett is what sells the melding of science fiction trappings with blue collar ones, and when the eponymous monster kills Parker, you understand how hard it will be for anyone to stop.

It was while filming Alien that Kotto says he was offered the Lando role in The Empire Strikes Back, whose director, Irvin Kershner, had previously helped Kotto get an Emmy nomination for his performance as dictator Idi Amin in the 1977 TV-movie Raid on Entebbe. “I wanted to get back down on Earth,” explained in a 2003 interview. “I was afraid that if I did another space film after having done [Alien] then I’d be typed.” Concern with how his career would be viewed prevented him from joining the Star Trek universe, too. He said he regretted turning down the Picard role in Next Generation, admitting, “I think I made some wrong decisions in my life, man. I should have done that but I walked away. When you’re making movies, you’d tend to say no to TV. It’s like when you’re in college and someone asks you to the high school dance. You say no.”

In 1988, he played his funniest role, as FBI agent Alonzo Mosely in the Robert De Niro/Charles Grodin action comedy Midnight Run. Even in a movie full of ace character actors working at the top of their game to steal scenes from one another, Kotto stands out for the extremes of his performance, from the exasperated howl of “I’M MOSELY!” when he finds out his identity has been stolen to the infectious cat-ate-the-canary grin on his face when he finally gets to arrest his chief target(*).

(*) Kotto’s last film role, in the Larry the Cable Guy vehicle Witless Protection, saw him reprising the Mosely role. The problem is, nobody actually got permission to use the character again, so the home video release redubbed him Ricardo Bodi. 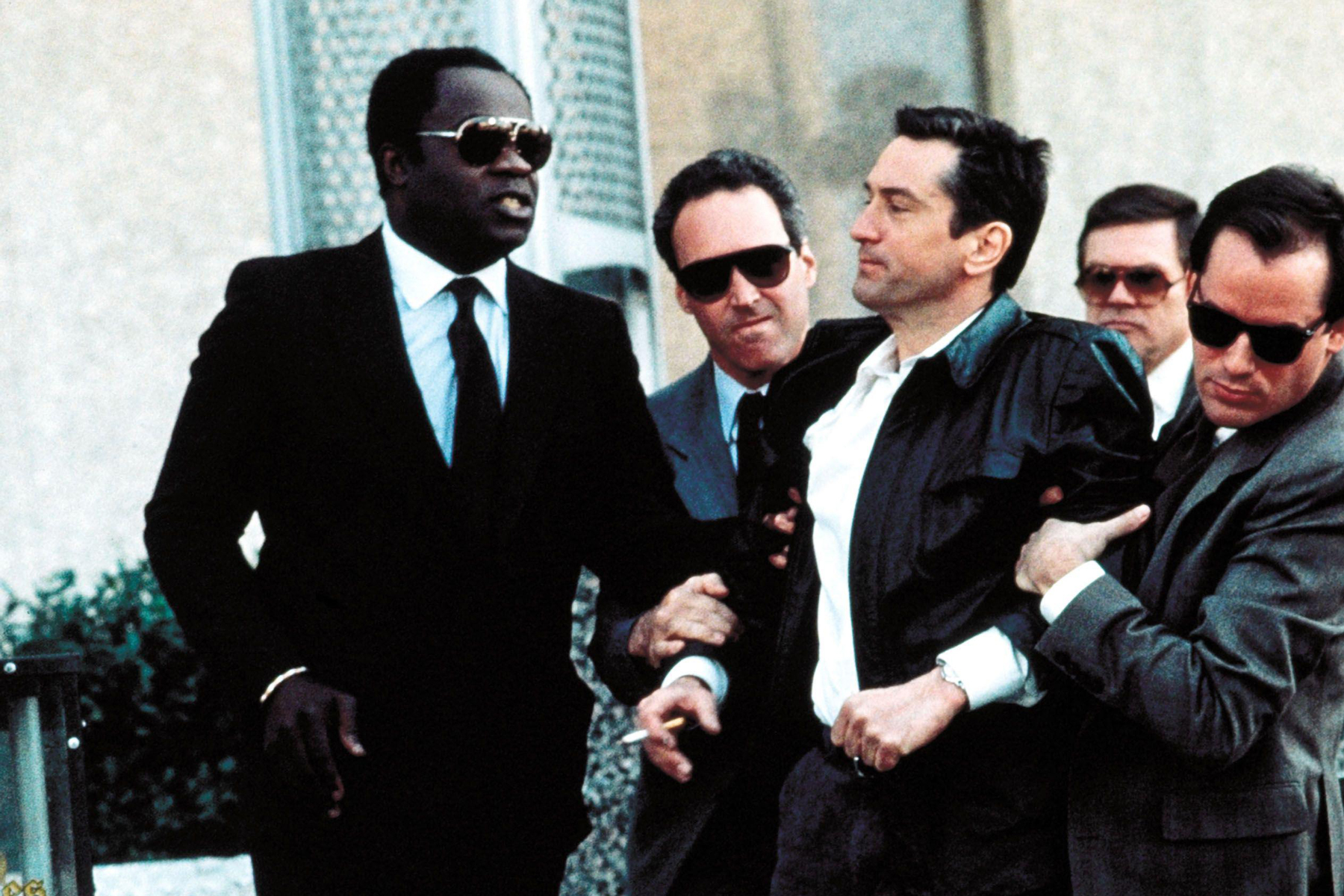 Lt. Alphonse “Gee” Giardello, the character Kotto played for seven seasons on NBC’s Homicide: Life on the Street, was based on a white, Italian-American Baltimore cop named Gary “Dee” D’Addario. The Homicide producers (including Barry Levinson, who directed the pilot episode) liked Kotto so much that they decided to make the character half-black, half-Sicilian to justify the casting, and the writers seemed to delight in dropping Italian phrases into Kotto’s dialogue. (In the show’s final season, Giancarlo Esposito — who is actually part-black, part-Sicilian — joined the cast as Gee’s son, Mike.)

Mostly, though, you could tell how much those writers — including showrunner Tom Fontana, and, eventually, David Simon, whose book inspired the series — enjoyed writing anything for Kotto. So many of his previous roles had used that remarkable physical presence as a primary character trait. Gee was big and intimidating, but he was also loquacious, given to long speeches and folksy sayings(*) as he ordered around the iconoclastic detectives under his command.

(*) Every now and then, Gee’s folksiness and Kotto’s penchant for mumbling could make deciphering some of those lines into a party game. For most of the show’s run, I was part of an online listserv of fellow Homicide fans that we called The Box, in honor of the nickname for the show’s interrogation room. After a period of extreme contentiousness, a group of us decided to split off and start up a separate listserv, which we dubbed Faffamem — a tribute to a bit of Gee dialogue that none of us had ever fully decoded. (“Did Gee just say ‘faffamem‘?!?!?,” one of them asked that night.)

Cop shows have a long and mostly disappointing tradition of black authority figures bossing around the white heroes, rarely getting storylines of their own. Homicide, though, always had a minimum of three non-white regulars in its ensemble, and in time had made Andre Braugher’s Frank Pembleton its de facto lead. So Gee didn’t have to be a token, and instead got to be a character in his own right. The series could put a half-dozen black cops into a scene together with no white characters and have the subject of race never come up.  But it could also dig deep into racial questions, like an episode (inspired by a conversation Kotto had with one of the writers) where Gee goes on a blind date with a light-skinned woman and quickly deduces that she’s put off to be going out with such a dark-complected man. It was an incredibly rich character, given so much life and passion by the actor playing him. When the Homicide cast reunited for a TV-movie a few years after cancellation, the only case deemed big enough to reassemble every character from the show’s long run was the murder of Al Giardello himself. (And even there, Kotto got several memorable scenes, including one set in the afterlife.)

There are character actors who are beloved because they’re chameleons, and it’s fun to see what kind of character they’ll disappear into next. Then there are the ones whose participation in a movie or series is reassuring because they play the same kind of role every time, just very well. Kotto would seem to fall into the latter group, especially given how many cops he played over 50-plus years in the business. But he managed to convincingly squeeze that gigantic frame of his into all kinds of characters, so that he could be just as believable as Idi Amin as he was in the role of a desperate factory worker opposite Richard Pryor and Harvey Keitel in Blue Collar, or a prison trustee in Brubaker. The latter is the role he took instead of Empire Strikes Back, but Kotto didn’t have to throw on a Cloud City cape to gain screen immortality. In roles big and small, he was unforgettable.