“God, Kimmy, ” Jacqueline White scolds the title character of Unbreakable Kimmy Schmidt. “As stupid as this is, there are real feelings at stake here.”

In the moment, Jacquline (Jane Krakowski) is describing the emotional affair Kimmy (Ellie Kemper) is having with the parents of her new boyfriend, whom she otherwise can’t stand. But she could just as easily be summing up the ethos of the entire series, which releases its final batch of episodes on Friday. (I’ve seen the whole thing.) On the one hand, Kimmy Schmidt takes place in a cartoonish version of New York City where Kimmy, Jacqueline, Titus Andromedon (Tituss Burgess) and Lillian Kaushtupper (Carol Kane) operate according to a logic only tangentially connected to how our world works. (One of Kimmy’s co-workers is a gossipy robot named C.H.E.R.Y.L., and that’s one of the less weird things the show has done.) For four seasons, it’s been an epically stupid show about epically stupid people.

But there are, as Jacqueline points out, real feelings here. And that’s what’s made Kimmy Schmidt at its best so special. It’s a ridiculous series with an extremely serious and painful subject at its core. It’s a show about surviving trauma, overcoming it and figuring out a way to build a life that is informed but not defined by it. And like Kimmy herself — who began the series being rescued from an underground bunker where she and three fellow kidnap victims had been held since she was a teenager — it has endured and even thrived in the most improbable of circumstances. 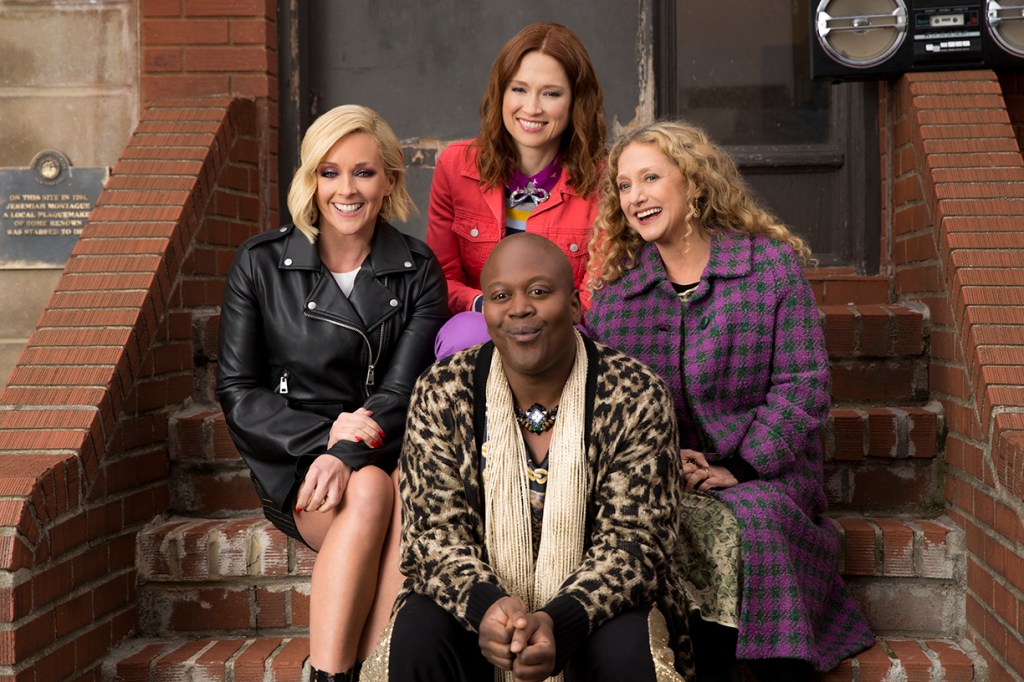 Remember, NBC ordered the series as co-creators Tina Fey and Robert Carlock’s big follow-up to 30 Rock. Then, after an entire season had been produced, the executives at NBC decided this weird, dark little show was not at all a fit for whatever the heck they imagined their comedy brand to be in those fallow years immediately after 30 Rock, Parks and Rec, The Office, etc. At the time, Netflix had developed a reputation for picking up other networks’ canceled shows, but Kimmy Schmidt became the first series they rescued that had never actually aired elsewhere. It was the right decision for all involved. NBC would’ve killed Kimmy dead in less than a season, just like the other new sitcoms they aired that year, including Bad Judge, Marry Me, A to Z and One Big Happy. Instead, it’s lasted four seasons on Netflix and gets a proper ending to its story. Carlock and Fey (the latter of whom had once joked that 30 Rock was “the highest-rated cable show on broadcast television”) got to indulge all their quirkiest impulses — including frequent song parodies by Fey’s composer husband Jeff Richmond, like a fake 1938 musical called Daddy’s Boy — without having to worry about appealing to Nielsen families or network suits. Netflix got a bunch of Emmy nominations and critical acclaim. NBC still got to make money on a show its sister studio produced. The rare cancellation where everybody was somehow a winner.

Still, even in the more forgiving air of the streaming entertainment giant, Kimmy could have been a tough sell with that premise. A friend who adored 30 Rock and Fey’s writing style in general told me she gave up a few episodes in because every flashback to life in the bunker made her too depressed to laugh. But for those of us who stuck around, that combination of sad and silly proved startlingly potent. 30 Rock was interested in the interior lives of Liz, Jack and friends, but to a very limited degree, and usually on the way to a joke. (Tracy dealt with his feelings of paternal abandonment in a therapy session where Jack ended up imitating Jimmie Walker from Good Times.) Kimmy Schmidt somehow managed to be utterly absurd while also doing sharp, heartfelt material about Kimmy learning to overcome the tragedies in her life. The closing stretches of the first two seasons — one involving the trial of her kidnapper, the Reverend Richard Wayne Gary Wayne (Jon Hamm at his most outrageous and least vain), the other where a therapist (Fey as a Jekyll-and-Hyde blackout drunk) helped Kimmy confront her feelings about her flaky mother (Lisa Kudrow) — felt particularly deep and resonant. Especially for a show whose heroine lives in a closet with an accordion door and still gets cassette tapes from Columbia House.

For that matter, the series has taken Kimmy’s sidekicks more seriously than might have seemed possible when we met them. Titus is a flamboyant caricature, but he’s also been the subject of a lot of smart material about growing up black and closeted in the Deep South, and about dating a guy (Mike Carlsen as construction worker Mikey) who’s both newly out himself and much more stereotypically macho in his presentation and interests. And as delightful as Burgess is when Titus is at his most oblivious and/or theatrical, the on-off relationship with Mikey has effectively become the show’s most compelling romantic hook. (Kimmy has dated, but the show has understandably been much more focused on seeing her learn to stand up for herself.) Jacqueline is a bit sketchier, background-wise — her history as a Lakota woman passing for white is one of many examples of Fey and Carlock having blinders on about racial humor — but Krakowski has gotten to play some nuanced material, both about this once-vapid trophy wife developing a social conscience post-divorce, and about Jacqueline pushing up against what’s expected for and from a woman of a certain age in her circles.

(Lillian has mostly stayed an extreme and wonderful send-up of a certain breed of New Yorker who misses the filthier Deuce-era days. And rightfully so. Though she could surely play more serious beats, who wouldn’t want to let Carol Kane be as big and loud as only she can, for as long as possible?)

On 30 Rock, the demands of putting together the show-within-the-show and the gradual evolution of Jack and Liz’s friendship provided just enough grounding to the off-kilter punchlines. Kimmy Schmidt was both more preposterous and more heartfelt, particularly over its first two seasons, and those two extremes held each other in check. Season Three and this about-to-conclude Season Four have cast about for new stakes for Kimmy to equal her confrontations with the Reverend and her mom; but they’ve never really found them. (She’s spent much of this final season writing and attempting to market a children’s book designed to prevent impressionable boys from growing up into toxic men.) This home stretch of episodes touches on the #MeToo and #TimesUp movements, showing how Kimmy’s story, macabre and ridiculous as it is, sadly has a lot in common with what’s happening in the real world. But she’s mostly on the fringes of that, while Titus and Jacqueline each deal with different aspects of it (including an unsettlingly on-the-nose cameo by Ronan Farrow as himself). 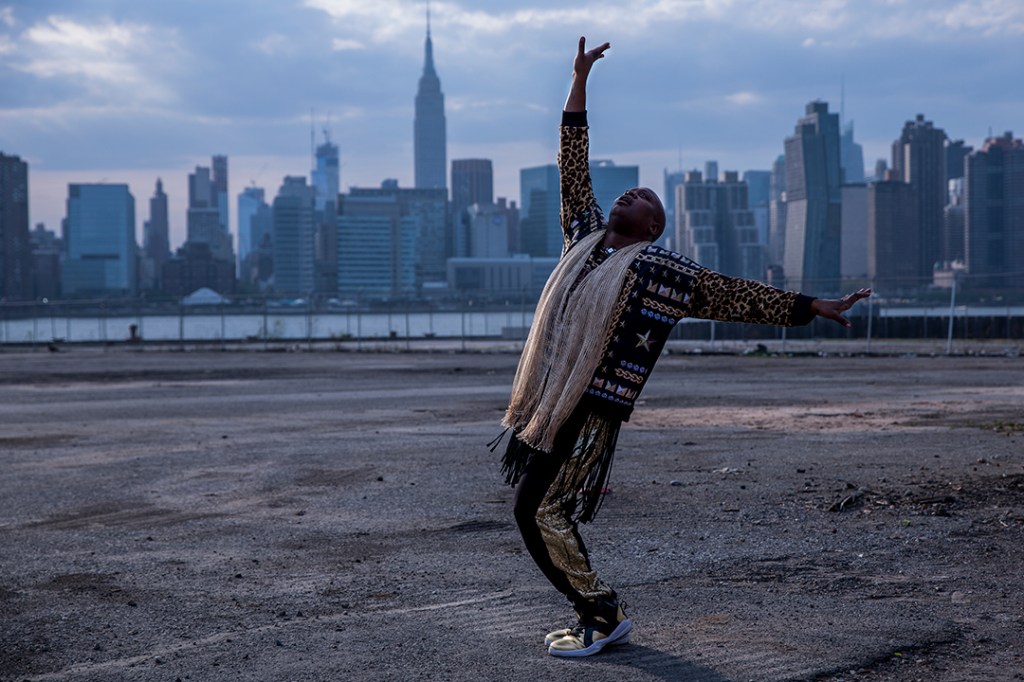 Without significant stakes for Kimmy these last few years, the series has devolved somewhat into an efficient-bordering-on-exhausting punchline delivery system. After seven seasons of 30 Rock plus four of this show, the familiar density of the Fey/Carlock joke style — Lillian: “Are you talking menopause or werewolves? Because one of them is a legend made up to scare children, and the other one is werewolves.” — has turned me into that Seinfeld girlfriend who never laughed(*) but always said, “That’s funny.”

(*) I did laugh very loudly now and then, particularly at a gag about the pet ferret of Titus’ longtime rival Coriolanus (James Monroe Iglehart) that I wouldn’t want to give away here. I’m not made of stone, people.

But while Fey and Carlock could have drastically reshaped the series once they started producing it directly for Netflix, the later seasons are stylistically and tonally in line with how things began. They didn’t even start super-sizing the episodes; there’s an hour-long Sliding Doors homage in this final half-season, but it’s technically two episodes airing consecutively, which is something of a moot point when you’re bingeing. Kimmy Schmidt, like its beaming title character, managed to make it this far by staying true to its goofy, sincere instincts. True, it may be a show out of time and place, but it’s still alive, dammit. It’s a miracle.