The Weasel in Winter: Pauly Shore on His New Concert Film - Rolling Stone
×
×

In the 1992 unfrozen cave-bro flick Encino Man, there’s a confrontational, and eminently quotable, scene between Sean Astin’s character, Dave, and Stoney, played by Pauly Shore. “The only thing you’ve ever cared about in your life is nugs, chillin’ and grindage,” Dave says, poking his finger at the film’s curly-maned version of Shore’s dudespeak-innovating, Aerosmith-scarf-wearing character “The Weasel.” It’s also essentially a version of Shore himself, who confesses with a laugh that his early-Nineties interests “pretty much” corresponded with that holy trinity. (For the uninitiated: Nugs equals women; grindage would be food. And chillin’ is, well, chillin’.) “It was heaven,” he says of that era, speaking on the phone from the Hilton Garden Inn in Perrysburg, Ohio.

Brains Behaving Badly: Why So Many Comedians End Up Self-Destructing

Today, at 46, the onetime MTV mainstay has a whole new set of more earthly concerns: a long-stalled Hollywood career, an enlarged prostate, an ailing mother (Mitzi Shore, owner of L.A.’s famed Comedy Store), and doubts as to whether he’ll ever have a family of his own. They’re all subjects he ruminates on, mostly offstage, in his self-directed stand-up comedy tour documentary Pauly Shore Stands Alone, which debuts on Showtime December 4th. 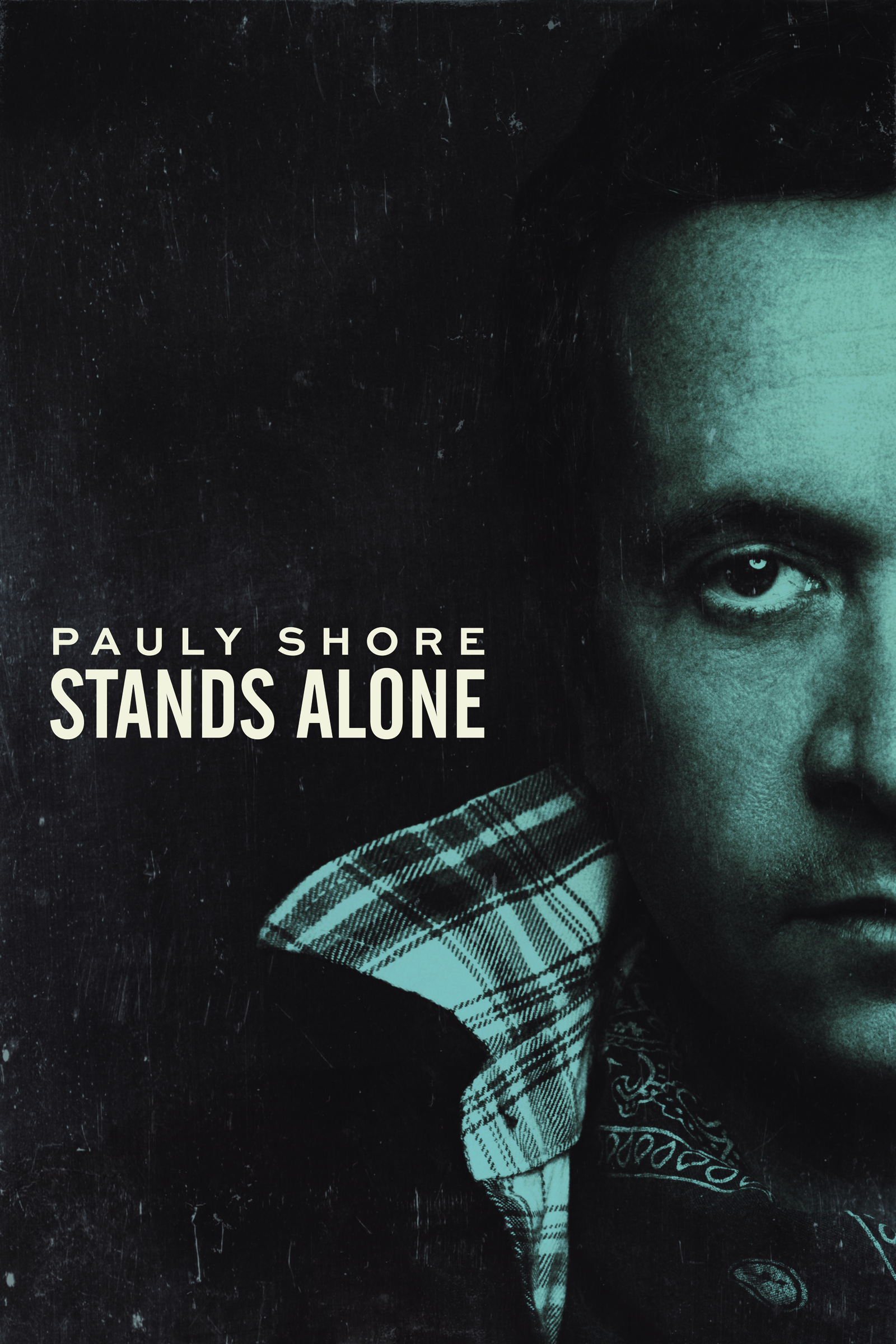 That kind of midlife-crisis fodder, and the documentary’s backdrop — it’s filmed in the dead of a Midwestern winter, in the kind of small towns where the local comedy venue tends to be an adjunct to a bowling alley or a strip club — lends the proceedings an air of melancholy. It’s a far cry from the 1992 footage of Shore, at the height of his MTV fame, that opens the film: The spastic comic, wearing a Big Bird yellow feather vest, entertains a packed and rowdy Dallas theater, suggesting he’d make a good president: “There’s Bush, Clinton, and the Wea-zull!“

But Shore insists he’s happy with his downsized, Obama-era gigs. “When I’m dealing with stuff at [my mother’s] house, I’m pretty exhausted and kind of burned-out,” he says, “and then when I get out there on the road, the second I walk into the strip club and there’s girls and I’m with the fans — that’s my home. There’s nothing but love out here on the road. It’s definitely a stress reliever.

“I’m very lucky that I have a fan base that, I think, will come out and see me for the rest of my life, because of the stuff that I’ve done,” he adds. Several of these Shoreheads in the documentary cite 1993’s Son in Law (the Weaselly version of Guess Who’s Coming To Dinner) as their favorite. They still own it on VHS or, Shore says, watch it on CMT, where it’s in heavy rotation. It also happens to be the most beloved of Shore’s Nineties films among critics — “beloved” in this case translating to a 23 percent rating on Rotten Tomatoes.

Though reviewers have always despised him, Shore doesn’t blame them much for the end of his Hollywood career, marked by 1996’s box office bomb Bio-Dome. He thinks filmgoers got tired of his shtick and suspects his public image didn’t help, either. “I pretty much did what Sam Kinison did when he started to crash and burn,” Shore says, referring to his late friend and mentor. “I kinda became my character. I started going out with porn stars and Playmates. I’m starring in all these Disney films — I’m known as this family comedian, this crazy guy — and I don’t know if it was the right thing for my image and perception.”

the second I walk into the strip club and there’s girls and I’m with the fans — that’s my home.

Shore still cares deeply for the nugs, though in Pauly Shore Stands Alone he mostly ends up sleeping alone. One young hottie bluntly informs him that they will be not having sex, though he later hooks up with a more age-appropriate club booker. What goes unmentioned in the film is that at the time it was shot, Shore had just begun dating his now 25-year-old girlfriend. “She saw [the documentary], and as far as the girl thing on the road, she said, ‘You’re just being a guy,'” Shore reveals. “It’s an honest portrayal of how guys are when they’re not with their chicks. You always hear the saying, ‘Oh, they go to Vegas and they fuck around there.’ No. Guys fuck around everywhere.” 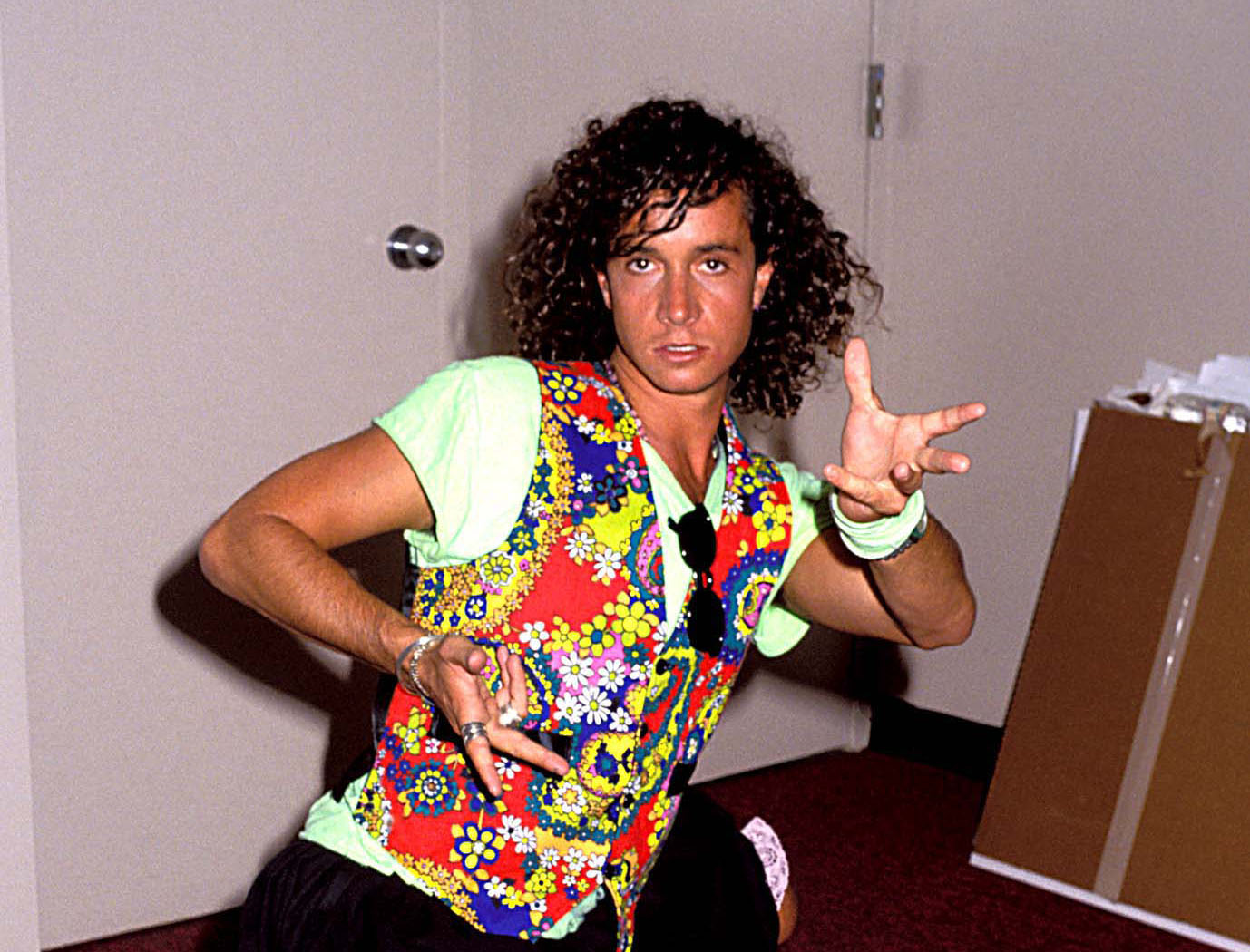 Shore says he and his girlfriend have discussed the idea of having a kid, a life choice that he mulls throughout the documentary. “But I’m just, like, a pussy,” Shore admits. “I know that if I did it, I would be like, ‘Why the fuck did I wait so long? This is awesome.’ But part of me is feeling like my mom is my kid right now — I’m always checking up on her.”

Mitzi Shore — who gained a fearsome reputation among comics after she began running the Comedy Store in 1973 — is 84 now and suffers from Parkinson’s disease; she is heard, but not seen, in the film. “The disease is getting the best of her,” Shore says. “It’s heavy shit. She’s depressed and speaks a lot less now than she did a year or two ago.

“I know at some point I have to let go and not be so doting,” he adds. “I have to think of the rest of my life.” For now, he’s been looking back a lot, a process he began in (semi)earnest with 2003’s cameo-studded mockumentary Pauly Shore Is Dead, in which Shore fakes his own death to boost the popularity of his old movies. The comedian is planning a bona fide film about his life and has already written the first draft of an autobiography, which he says will go deep on subjects like the 1994 suicide of his ex-girlfriend, the onetime porn star Savannah.

Pauly Shore seems at peace with the idea that he’ll always been known as the Weasel, that “Hey buuu-ddy!” guy. He points to the Robin Williams tribute episode of his podcast Pauly Shore’s Interested, in which Shore asks comedian and screenwriter Rick Overton, a longtime friend of Williams’, about the legacy of Mork & Mindy. “I said, ‘Did Robin get pissed off about the whole “nanu nanu” thing?’ And he says, ‘Yeah, even after he got his Oscar, people were like, “Oh, nice Oscar. Nanu nanu!“

“And it’s the same thing with me,” Shore continues. “You always want to be remembered for the last thing you did, not the first thing you did. But I’ll tell you one thing: I’m very happy that I’m known for something, as opposed to not known for anything.”