There’s a moment in Ken Burns and Lynn Novick’s new PBS miniseries, The Vietnam War, in which a Vietnamese woman – what they call a “hero mother” – talks about losing eight brothers and two sons to ground combat and bombings. It’s the sort of devastating testimonial about the personal toll of conflict that you might see in any war doc. But this grieving woman was also a Viet Cong soldier, one of dozens of North Vietnamese citizens Burns and Novick interviewed for the film – and when she mournfully describes losing her children “on the verge of victory” in 1975, her voice helps reshape a narrative that’s almost always been told as an American tragedy. “When we talk about Vietnam, we talk about ourselves,” Burns says. “But it’s only half the story. And the people we fought deserve to tell their half for the first time.”

A decade in the making, The Vietnam War, a 10-episode, 18-hour, 360-degree documentary, which premieres on September 17th, isn’t just a corrective to the fact that generations have grown up being taught little more about Vietnam than “we came, we lost, now forget about it.” It’s also the deepest exploration yet of the origins, the fighting and the fallout of a conflict that virtually defined the Sixties, and the first to let “the enemy” speak at length alongside familiar American voices, including Pentagon policy wonks, Army privates, anti-war protesters and grieving parents.

Burns and Novick, who’d first started working together on the epic, award-winning 1990 series The Civil War, decided to tackle the subject of Vietnam while they were finishing their 2007 World War II doc, The War. “I turned to Lynn while we sitting at the editing table and, completely out of the blue, said ‘We have to do Vietnam,'” Burns recalls. His co-director Novick picks up the story: ‘I asked, ‘Of course, but what part?’ He said, ‘All of it.‘ It was like the last part of an unspoken conversation that had been going on a long time.”

Novick began to reach out to numerous South
Vietnamese soldiers and ex-NVA officers through a contact at the Kennedy School
in Harvard, traveling three times to the country to conduct multiple rounds
of interviews. Burns, meanwhile, began scouring back catalogs of the major TV
networks and archives located everywhere from Germany to Hanoi, looking through
hundreds of hours of clips on everything from U.S. combat operations to press
conferences. 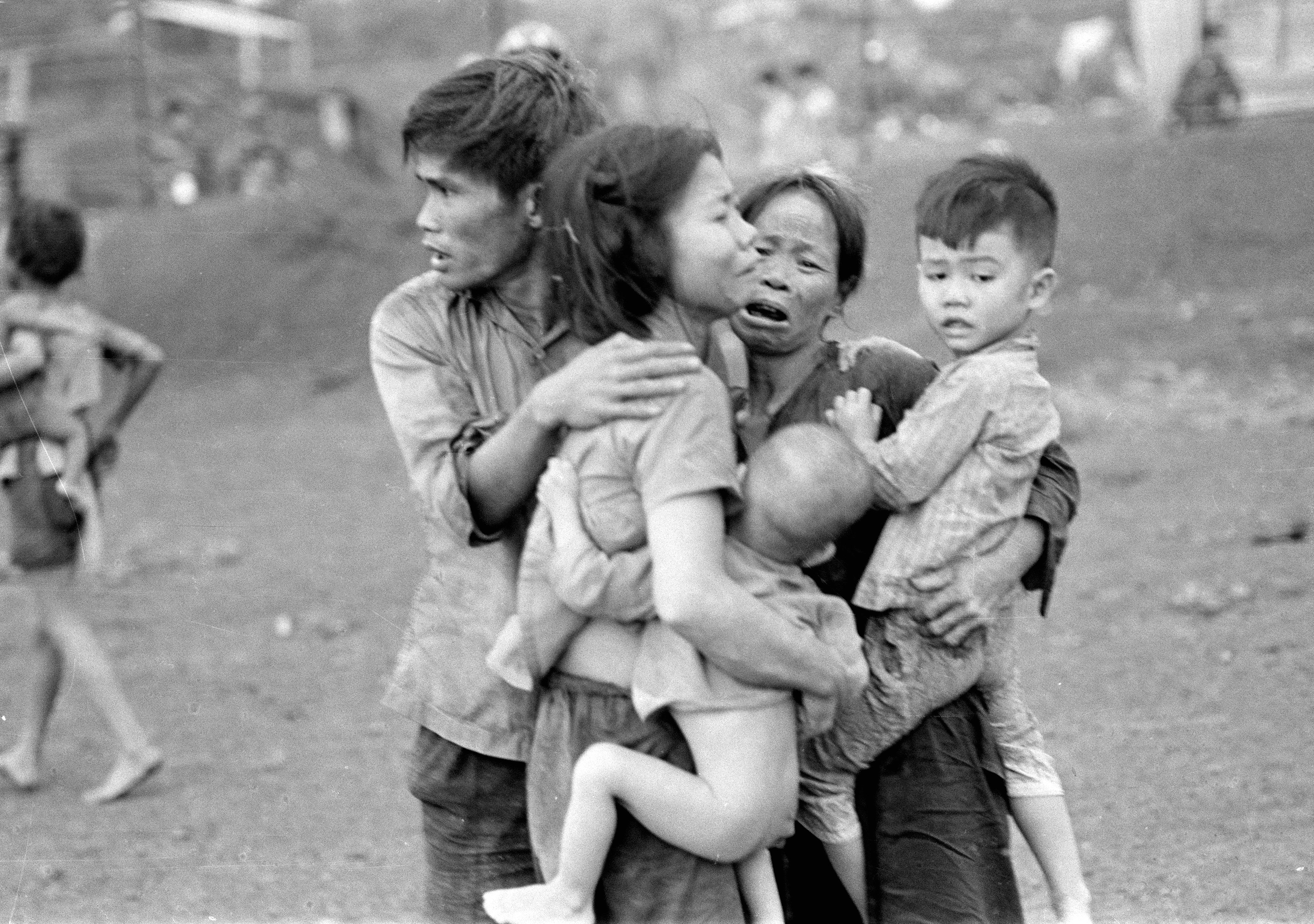 “How did we get all that footage? The answer is ’10 years,'” Burns says. “When you have that much time, you start digging up the outtakes.” We don’t just see the Pulitzer-winning 1972 photograph of a young girl running away from a napalm attack; we also see shots of the attack itself, hear from the photographer about what he was thinking when he snapped it and a picture of the woman now. And because so much of the footage was silent, they had to add sound effects themselves. “Our editors were out with M-16s and AK-47s in the woods of New Hampshire,” he says. “‘What does it sound like to hit a tree or a pumpkin as human flesh?’ We found out.”

They also began contacting as many artists associated with the period as possible, most of whom signed on. (Even Bob Dylan gave the duo carte blanche, with one caveat: “He said, ‘really want my music to be part of this. But please don’t use ‘Blowin’ in the Wind,'” Novick says, laughing.) “My editor had scenes of the North Vietnamese moving towards Saigon, then he throws Led Zeppelin’s ‘Kashmir’ over it,” Burns recalls, scatting the opening chords. “I quickly went from ‘what?’ to, My god, this is perfect!”

The filmmakers also wanted a score that wasn’t simply a K-Tel Hits-of-the-Sixties soundtrack, which led to a rather surprising collaboration with Nine Inch Nails’ Trent Reznor and Atticus Ross. “They sent us lists of moods – wait, I’ve got one of them right here, I’ll read it to you” Reznor says. “Things like ‘anxiety, doubt, dread’ – or ‘compassion, melancholy, humanity.’ They showed us a few things they had shot and cut together, but mostly, we worked off those themes on our own.” The resulting compositions, he notes, sounds unlike anything they’ve ever done before. “The one note we got back was, ‘Could you be more aggressive?'” Reznor says. “Which is not something we tend to hear a lot.”

The end result of low drones and jittery drums, Reznor notes, also makes the footage “seem urgent and current” – which is appropriate, Burns and Novick say. Though The Vietnam War stands as the single most definitive look at an important moment in our history, the directors are adamant that the series is more than just a history lesson. “It’s an autopsy of where we are now,” Burns says. “The divisive country we live in today? It starts with Vietnam. It starts here.”