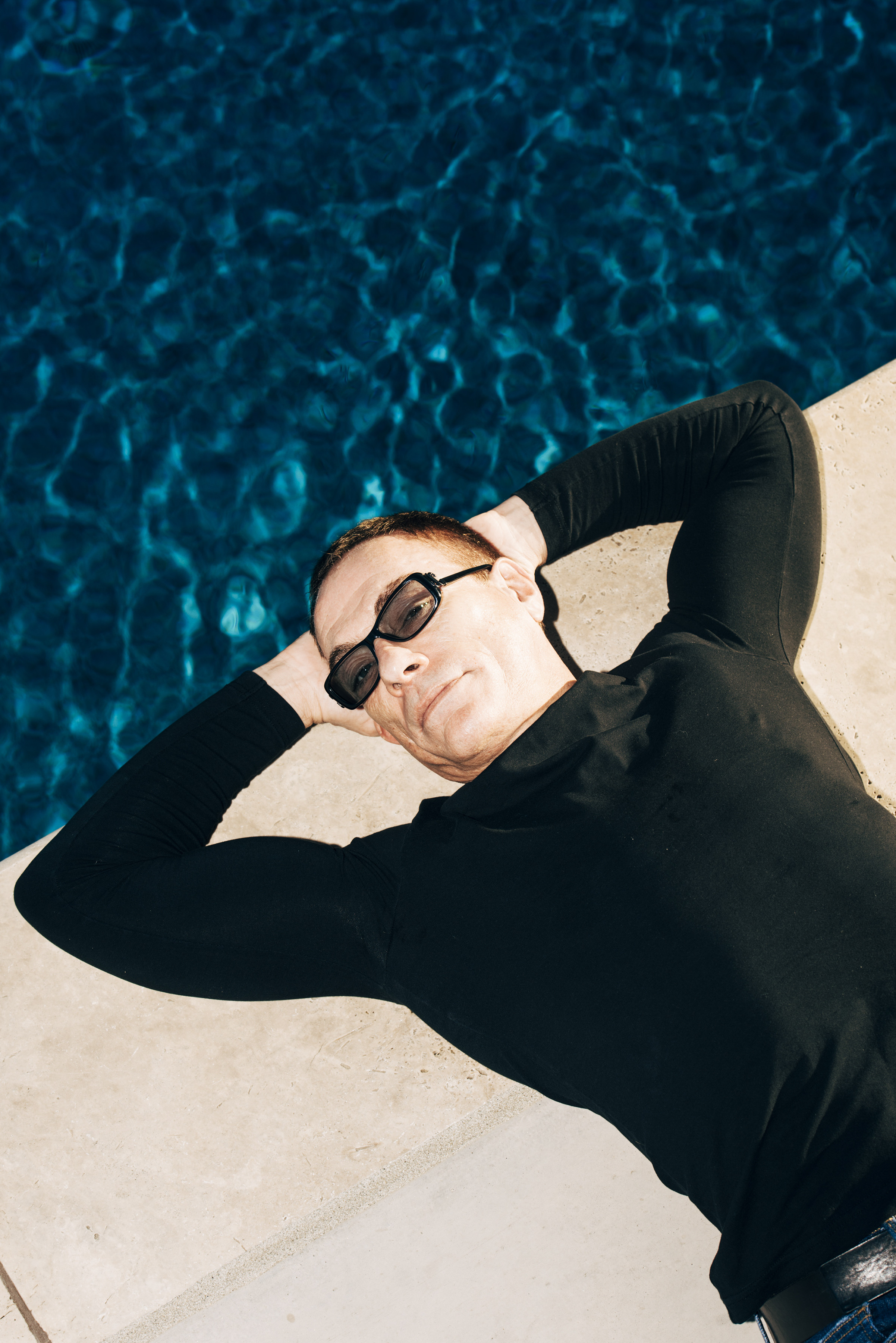 Jean-Claude Van Damme – the kickboxing King of the Splits, the street-fighting inspiration for the game Mortal Kombat, the fabled flexing “Muscles From Brussels” – can get seriously silly.

“I like to make voices with my kids,” he says nonchalantly. “You see a cartoon and you do one.” Then Van Damme asks, “Can you make a voice for me? Make a voice for me.” After a few increasingly goofy back-and-forths, the star of Bloodsport comes back with a non-sequitur that sounds like a cross between Kermit the Frog and Ray Romano: “I’m sorry about your shoelace.” He lets out a big laugh.

Long one of Hollywood’s hardest men, Van Damme, now 57, shows a somewhat softer side in the new TV series, Jean-Claude Van Johnson, which premieres in full on Amazon on December 15th. The martial artist plays a fictionalized version of himself – a down-on-his-luck Van Damme (his preferred third-person way of referring to himself) who turns to covert, black-ops assignments as a means of reviving his career. Going undercover will also, he hopes, help him win back the woman he loves, a makeup artist (and special agent) named Vanessa, played by Kat Foster. By day, he acts in a ridiculous action-movie adaptation of Huckleberry Finn; by night he becomes alter ego “Jean-Claude Van Johnson,” windmill-kicking his way through Europe’s seedy drug underground in the name of justice. It’s got enough action and plot twists, including plenty of references to his film oeuvre, to satiate the actor’s core audience. But it’s also tongue-in-cheek enough to show that everyone involved is in on the joke.

Readers' Poll: The 10 Best Action Movies of All Time

After all, Van Damme’s manner in conversation is not brusque, like the tough guys he plays in films like Kickboxer, Timecop and Universal Soldier. Nor is he the depressed, fictionalized version of himself he played in JCVD, a role that earned him praise for his acting rather than his ass-kicking. Instead, he’s earnest, easily prone to laughter and self-aware. At one point, he professes his love for Rolling Stone (“I was in Rolling Stone, like, 22 years ago … I hope [you] like ‘JCVJ‘”) and is pleasantly surprised when told we wanted to talk to him about the project. “Oh, I see, so you are choosing us?” he says. “That is an honor.”

In some ways, Jean-Claude Van Johnson mirrors the Muscles From Brussels’ real life. While his career is far from shambolic, this was his first production to film in the United States in more than a decade by his account. “The people in Los Angeles are very professional,” he says, adding that he liked getting more time to develop his character than usual. And he’s also played his share of wacky roles. Once a major box office draw, many of his films since 2001 have come out direct-to-video. And, like Van Johnson’s Huck (and pitches for “action re-imaginings” of Rikki-Tikki-Tavi and Anne of Green Gables), he’s gotten more than his fair share of oddball pitches.

“There was a movie in France called Dog [Chien],” Van Damme says. “It’s about a guy who loses his dog, and he has a coupon left to train his dog, so he comes to me. I say, ‘I can train you to be a dog.’ So he’s becoming my dog with a leash, and he runs for the ball. The man’s wife left him and makes him believe he has the ‘anti-Van Damme’ disease.” He laughs. “It’s a great, cynical movie. It’s like a Depardieu-type of film.” 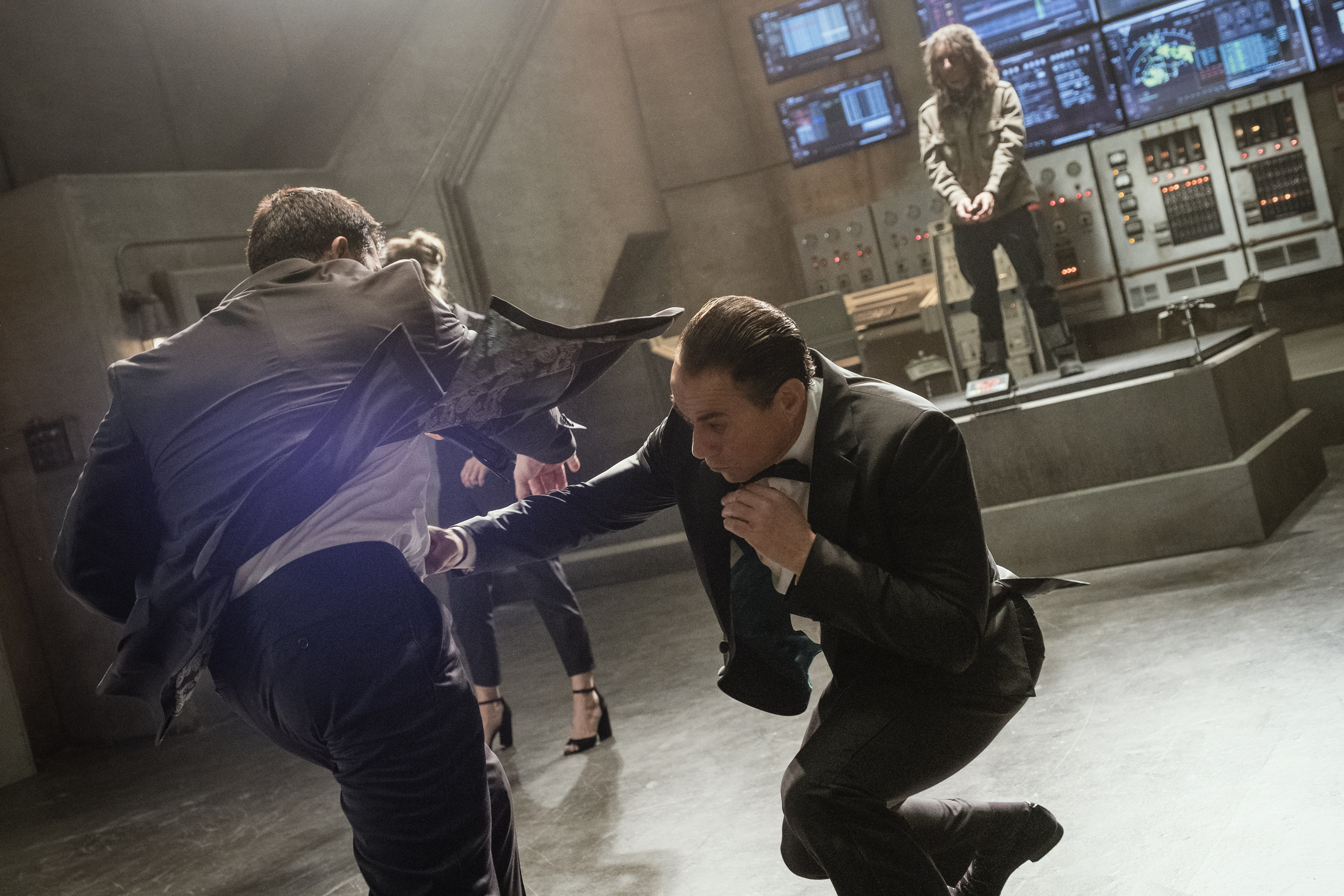 Van Damme chose to work on Van Johnson because it was an opportunity to show off different sides of his personality. “It’s kind of a complicated show, but it makes sense at the end,” he says. Comedy, he says, comes easy to him as long as he can get the timing right. He didn’t worry about the more personal aspects of the script because he has known creator Dave Callaham for years (“I’ve known him since he was in China with his mother; she’s into martial arts”) and never felt uncomfortable with the show’s jokes, such as people mistaking him for both Nicolas Cage and Val Kilmer.

His only reservation was working on something that wasn’t a motion picture. “I was scared because TV is different,” he says. “TV is a lot of dialogue and it’s a different type of business. It’s three months, 8 to 10 or 11 o’clock at night every day.”

The star eventually fell into the groove, even though he lives a generally more relaxed life off camera. Usually, a day in the life of Van Damme starts at around 10 in the morning: “I get my little coffee, then I kiss all my dogs. I have lots of dogs, like eight dogs, so I play with them for 10 to 20 minutes. I say hello to my wife before the dogs, of course, but if I don’t see her in the house, I say hello to the dogs first.” He rides a hover-board around his home (“It’s a big house,” he says) before he settles down to look at YouTube and read articles. “Then I go to the gym, ride my car – it’s a convertible car,” says the actor. “And I come home slowly at night with my dog – I bring my dog to the gym.

“I’m a simple guy,” he continues. “I don’t got to Vegas. I don’t go to Monaco. … When I make a movie, I’m completely focused. It’s like a different life. I’m like a soldier.”

Discipline, which for him comes from martial arts (“My real love,” he says, “it’s the art of perfection”), is his guiding light. And he gives a lot of credit to the amount of time he spends training. A few years ago, Van Damme enjoyed 15 minutes of viral fame when a Volvo ad, which showed him calmly doing a very wide split with his feet resting on two moving 10-wheel trucks, became a hit. His ability to stretch his legs is a major part of Jean-Claude Van Johnson, in fact; still, he demurs when the subject comes up in an interview. “Everyone is asking me if it’s gotten harder to do the splits,” he says. “I can, but it’s going to get tough later. You have to keep stretching. That’s the secret. Just don’t stretch too much. Only do it three times a week; if not, you can inflame your tendons.”

His M.O. is to move his body up and down “like an octopus moving in the water, trying to get away from a plexi box” but he won’t do it without a spotter. On a similar note, he likes to train other people, and there’s a scene in Jean-Claude Van Johnson where he trains Foster. The actor says she surprised him. “Not only did she have flexibility but she had power,” he says. “She kicked me in the face accidentally. But believe me, behind that foot was pure horse power.”

Van Damme also credits training with helping him handle depression in real life. After he was diagnosed with bipolar disorder in in the late Nineties, he took the time to study himself. “I train differently, I eat differently, I’m trying to talk less fast because I have lots of passion for the project,” he says. “I’m better than yesterday.”

It’s a side of himself that he allowed to show in Jean-Claude Van Johnson. In one scene, he faces what appears to be a clone of himself and asks the alternate Van Damme to tell him something only he would know. “You tried to fill your emptiness with fame, and it didn’t work,” the Other Van Damme says. “You have a big hole in your heart because you don’t think that you will ever be loved.” The real-life star says that line struck him on a gut level. “It was good dialogue,” he says. “Dave must know me, because it was internal. It was close to home.” 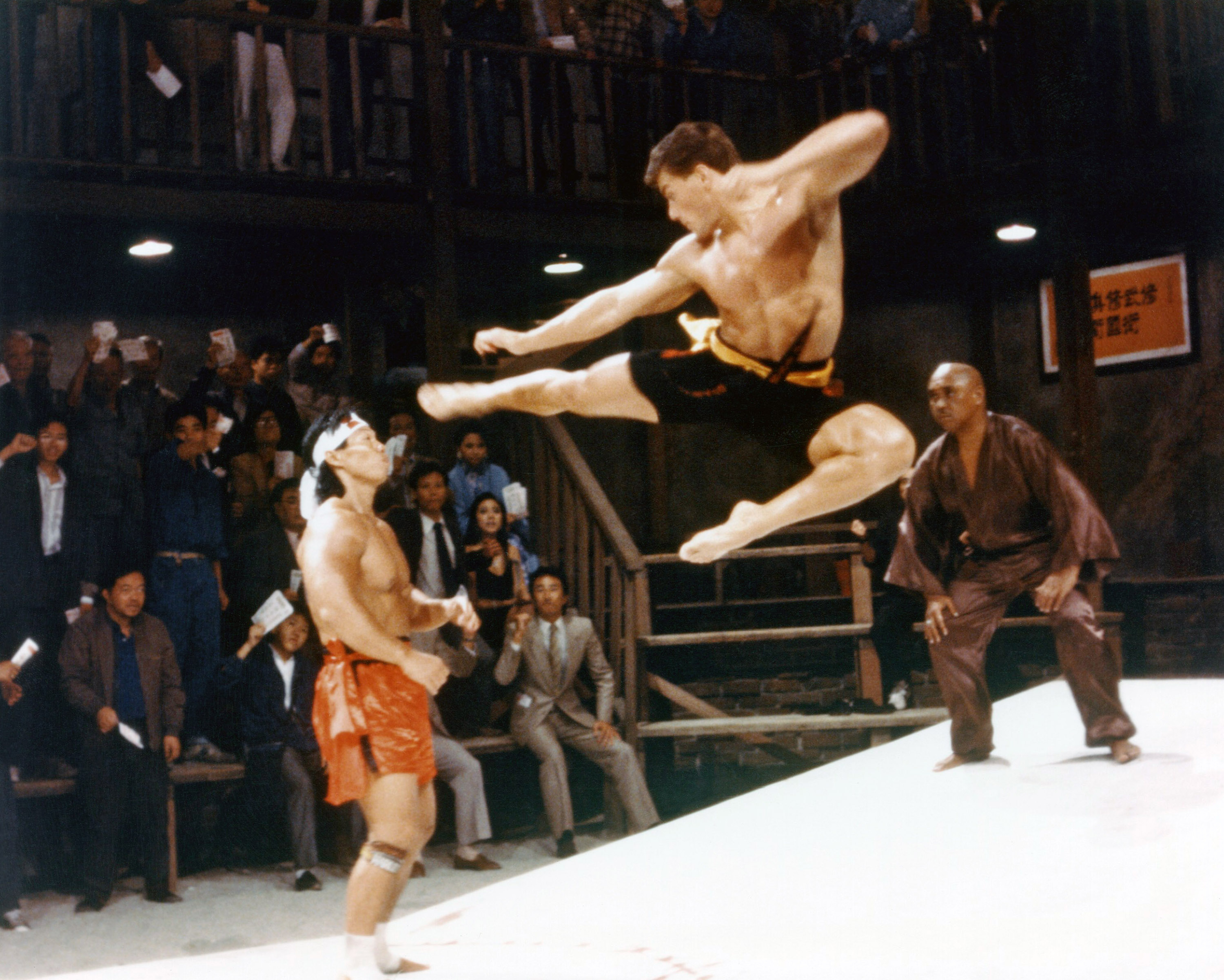 The show also afforded Van Damme an opportunity to reflect on his legacy. With some of the plot focusing on an actor relishing past glories – there’s even a Blockbuster Video cameo in one episode – he says he was able to appreciate what he did in the past. “I like Bloodsport, Timecop and Lionheart,” he says. “I’ve done some good classic films with lots of heart and sincerity. I like to mention that, because in the VHS era – with Stallone and Arnold – and in some countries you had to go by bicycle or bus through the snow to return tapes. It was almost like an event. Papa or mama would slide the tape in, nobody talks, you cut the phone. And it was able for families to enjoy being together. The VHS disappeared, so now you can watch 2,000 fresh new Van Dammes and you will forget them. But in that period, I had the chance to have two cycles of audience. Now Amazon is a new audience for me.”

Now he’s feeling optimistic about the future, but he’s also managing his expectations. “For a while, I was kind of forgotten there,” Van Damme says. “‘OK, Jean-Claude, what’s he doing? Sudden Death, March of Death, Dead Dead Dead and Double Dead, and what was the last one? Dead on Dead.'” He cracks up (the only real title there is Sudden Death). “So we go from Dead Dead Dead to this type of project, it’s also good for my career.

“I have been through so many situations in my life, where I say, ‘OK, I am back up,'” he continues, sounding serious this time. “I’m back up again, but we’ll see if this it. There could be an earthquake tomorrow. But you never know. It’s a great way to come back.”