On January 3rd, 1970, the frozen, decomposing body of Sister Catherine Cesnik was found lying in a field near a garbage dump in the Baltimore County suburb of Landsdowne, Maryland. The 26-year-old had disappeared the previous November, when she went out one evening to buy her sister an engagement present and never came home. Her car was found late that night, parked a few blocks away from her home and at an odd angle, leading investigators to suspect that her killer was someone she knew and who knew where she lived. And yet, the case went cold quickly, and Sister Cathy’s murder remains unsolved.

Now, 47 years later, the case is getting another turn in the spotlight, as Netflix debuts its latest true crime docuseries. The Keepers, available beginning today, tracks the 1969 murder of the 26-year-old nun and Archbishop Keough High School teacher, known to her students as Sister Cathy. Directed by documentarian Ryan White, the seven-episode series focuses on the possible connection between Cesnik’s unsolved murder, Keough chaplain Father Joseph Maskell, who has been accused of sexually abusing students, and allegations of a coverup involving powerful members of the clergy and local law enforcement.

'Making a Murderer' One Year Later: Everything You Need to Know

“The making of the series was an ongoing conversation about balancing the murder and the abuse,” White tells Rolling Stone, recalling his approach to the film. “And I believe wholeheartedly that you can’t separate them, so there’s no way of telling one without telling the other. But child sex abuse is so hard to talk about, much more difficult than murder. We weren’t willing to sacrifice that just because we knew it would be difficult for people to hear or watch. We thought it was it was imperative that people sit through that to understand the inner workings of why Cathy might have been murdered.” 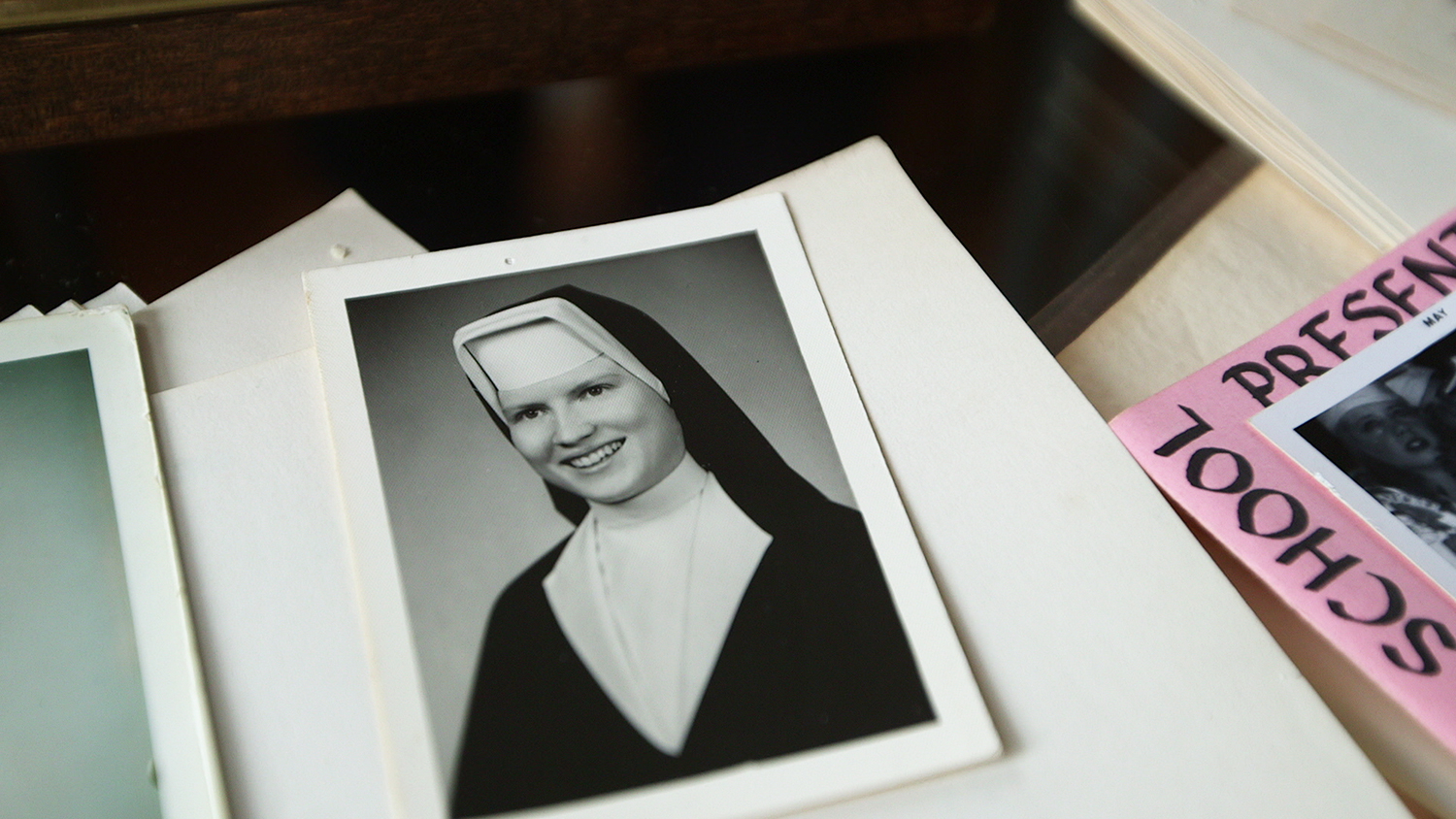 White’s mother grew up in Baltimore, and his aunt attended Keough with Wehner and had Sister Cathy as a teacher. A few years ago, she sent the filmmaker a news article about the case and encouraged him to meet Wehner, who had, by then, revealed her identity.

“It was a five hour conversation at the dining room table, no cameras,” White recalls of the first time he met Wehner. “Her story was so raw and complicated, and I left her house knowing that I wanted to be a part of something with her, if she wanted to do that. I knew right away that this was not a simple whodunit, this is far darker and sadder and human.”

In the series, Wehner shares story after story of horrific abuse with unflinching awareness, as do many of Maskell’s other alleged victims, including Wehner’s counterpart in the 1994 lawsuit, Teresa Lancaster. For years, the two women didn’t even meet – Wehner has maintained a distance from other survivors of Maskell’s crimes so as to not taint the memories, which, she says in The Keepers, are still surfacing. Those recollections involve the murder of Sister Cathy.

For much of Wehner’s adult life, the abuse she allegedly experienced by Maskell was hidden in the darkest recesses of her brain. She always regarded her high school years with an inexplicable feeling of detached aversion, but after being asked to attend a Keough reunion, Wehner pushed herself to look a little deeper at her antipathy. The memories began to surface immediately. In her deposition for the 1994 lawsuit, Wehner said that in November 1969, just days after Cesnick’s disappearance, Maskell took her to see the young nun’s body. “You see what happens when you say bad things about people?” Wehner says Maskell warned her. His message was clear.

The Keepers features interviews with other alleged victims of Maskell’s sexual abuse, including Lancaster and Donna Von Den Bosch who describe inbeing taken out of class for special “counseling sessions,” with the blessing of the school’s head nuns. Maskell positioned the various forms of assault as a former of punitive therapy, they allege, distorting the Catholic faith’s belief in absolution and atonement. During one incident, Wehner alleges in The Keepers, Maskell raped her and then used his semen to draw the sign of the cross on her forehead, saying it was the Holy Spirit and would cleanse her of her sins.

The women all claim that Maskell was not the only person to abuse them during their years at Keough. He invited other powerful men into his office to assault them, they allege, including Father Neil Magnus, director of Religious Studies at the school, and multiple officers from the Baltimore County and City Police Departments. 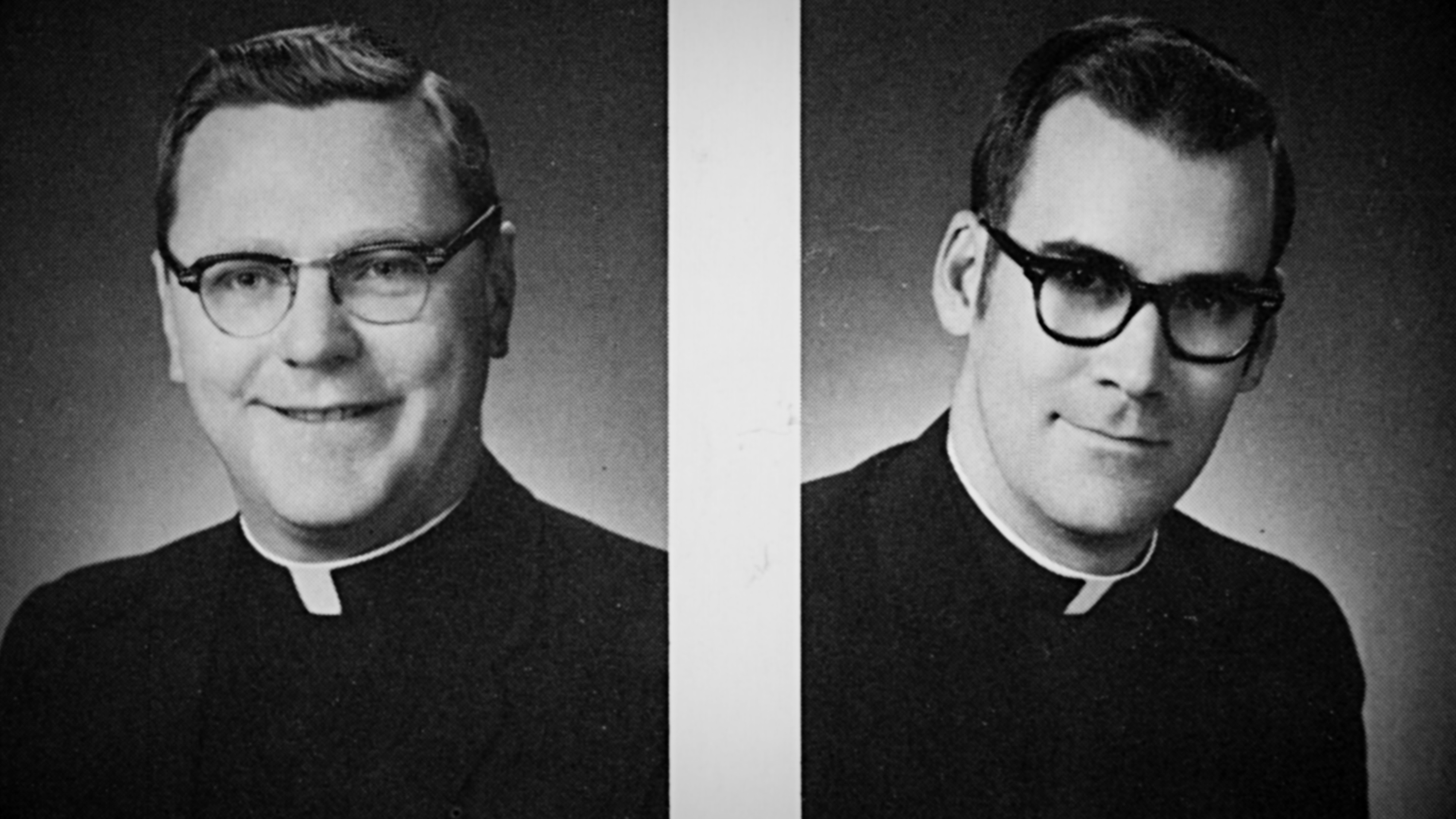 To help with his investigation, White linked up with Gemma Hoskins and Abbie Shaub, two Archbishop Keough alums who had been haunted by the death of their free-spirited teacher, Sister Cathy. They’d been digging into the case since 2013, and had even started the “Justice For Cathy Cesnik” Facebook page to help crowdsource information from other former students. Hoskins, the “people person,” focused on hunting down witnesses and them to share details. Shaub, shy and “data-driven,” focused on requesting and analyzing case documents, perfecting and filing dozens of FOIA requests. They, like White, quickly realized that Cesnik’s murder could not be thoroughly investigated without a difficult examination of what had occurred for years beyond the hallowed walls of their beloved institution.

The Keepers shadows Hoskins and Shaub as they explore new leads in the case, including increasing evidence that Sister Cathy had been told of Maskell’s alleged abuse by at least three students, including one anonymous woman who claims to have been at the nun’s apartment the night before her disappearance. According to her account, Sister Cathy promised to do something to stop the abuse, but their conversation was ended abruptly by Maskell’s arrival, who barged in with Father Magnus and ordered her to leave. The next day, the woman alleges, Maskell threatened to kill her, her boyfriend and her entire family if she ever breathed a word about the abuse. Sister Cathy disappeared that night.

Though Hoskins and Shaub believe that Maskell was aware that Sister Cathy knew he had been abusing students, they have long suspected that the murder was not committed by the priest himself, but by an associate. A number of possible perpetrators are discussed at length and even interviewed in The Keepers, including Sister Cathy’s friend and sweetheart Father Gerry Koob. Koob reportedly had an airtight alibi for that night, and claimed that Cesnik never said anything to him about Maskell or the abuse. Police have maintained that Koob cooperated fully with their investigation and passed two lie detector tests, but there are those who remain suspicious that the then-Jesuit priest knew more than he told investigators.

There’s also a man named Edgar, who, according to family members, had a violent temper, was familiar with Cesnik and came home the night of her disappearance with his shirt bloodied. Edgar, now a reclusive, somewhat kooky-seeming old man, was willing to be interviewed on camera for the series. “It was important to have him on the record saying multiple times that he had nothing to do with it,” White says. “But I asked him, ‘Is it possible that you didn’t kill Cathy but you … wanted people to think you might have been involved in that?’ And he runs with that. He says he was young and stupid.”

The Keepers is much more than deep dive into Sister Cathy’s unsolved murder and Maskell’s potential culpability – it’s an expose of the ways in which the Archdiocese of Baltimore protected Maskell time and time again at the expense of the children in his care, as well as the various institutions that provided cover along the way.

The docuseries also presents close ties between the Church and those in positions of power across various city agencies. Maskell’s own brother was a Baltimore City cop, and the priest  – who served as the chaplain for the Baltimore County police, the Maryland State Police and the Maryland National Guard – was known for being friends with many police officers at both the City and County departments. The first officer to respond to the scene of Sister Cathy’s body was retired Baltimore County Police Capt. James L. Scannell, a good friend of Maskell’s. He’s interviewed at length in the series, and remains insistent that not only did Father Maskell have nothing to do with the nun’s murder, but that he won’t believe the priest was a pedophile without “real proof, beyond a shadow of a doubt.” 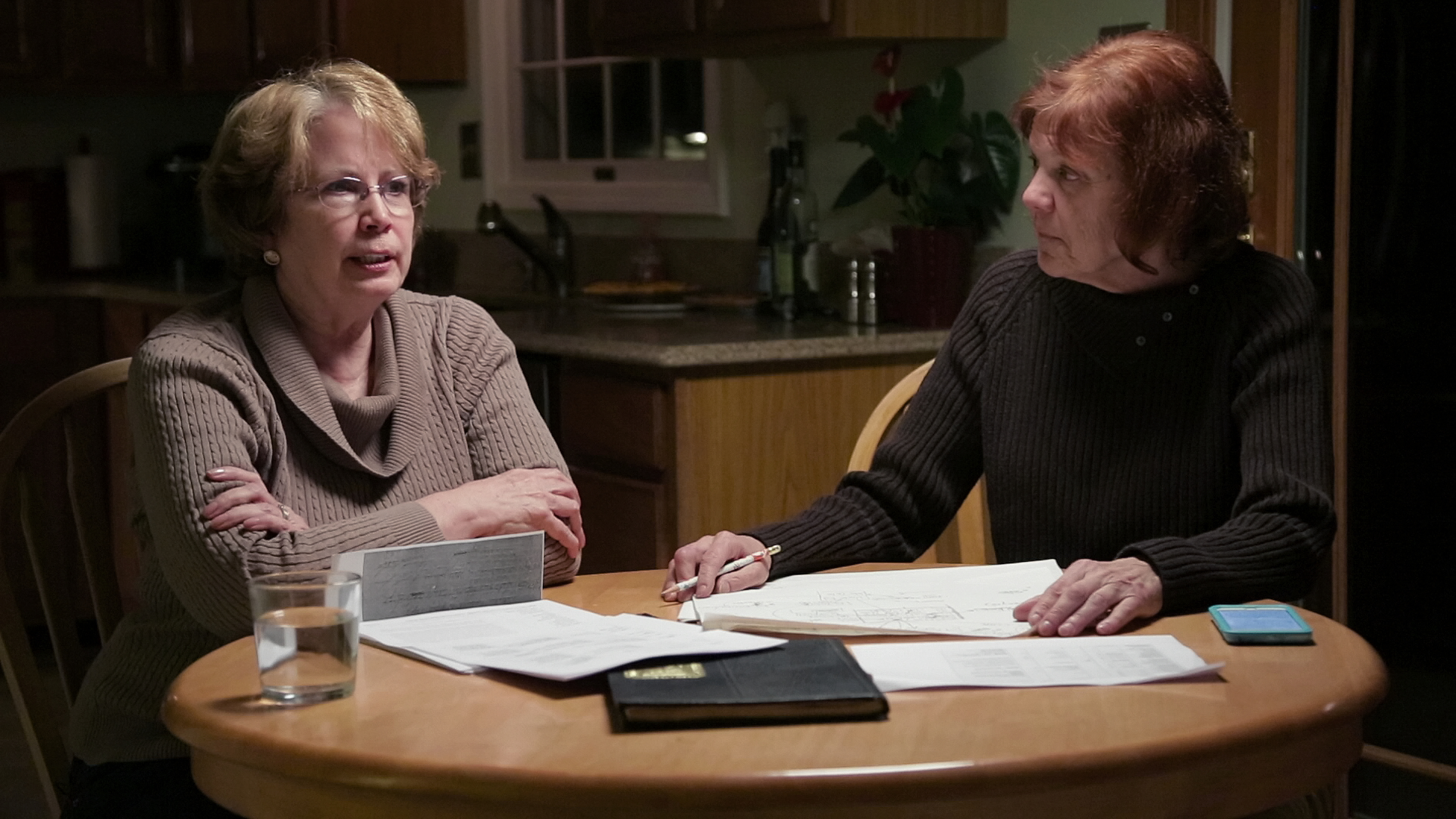 The Keepers features damning details offered by an anonymous former Baltimore County detective whom Hoskins and Shaub have nicknamed “Deep Throat.” He appears off-camera in The Keepers and his voice distorted to protect his identity. He says that in 1994, investigators received a tip from a former groundskeeper at Holy Cross Cemetery, who said that Maskell had ordered him to bury boxes of confidential files about some of Keough’s students. They exhumed the boxes, Deep Throat said, and at least one contained nude photographs of young girls, enough evidence to warrant at least child pornography charges. But the photographs never made it to the evidence room and haven’t been seen since. The Baltimore State’s Attorney at the time, Sharon May, declined to press charges against the priest, on the basis that there wasn’t enough evidence. May defends her decision in The Keepers, and denies knowing anything about the alleged child pornography found buried in the cemetery.

The Archdiocese declined to participate in The Keepers, despite White’s encouragement that the process would be a positive one. White, who grew up Catholic before leaving the Church in his early twenties, calls their unwillingness to participate in the series “disappointing.”

“The optimistic Catholic boy inside me thought it might happen,” White says. “The thing I asked for multiple times – in service of transparency and healing for all these victims, and to put these conspiracy theories to rest – was if they would be willing to release all of their internal records about Father Maskell. And they repeatedly denied those requests.”

The Church argued that the documents contained victims’ names and that releasing them to White would be an invasion of privacy – nevermind the fact that many of the victims had already come forward, and that White was more than capable of redacting private information.

“That to me does not show transparency,” White said. “Just say you can’t, but don’t use excuses that are even more insulting to those victims who are coming out with their own names.”

The Archdiocese did agree to submit written answers to a few of White’s written questions. White asked whether the Church had any knowledge of sexual abuse allegations against Father Maskell, before Wehner came forward. The Archdiocese insisted that Wehner’s allegations were the first. But The Keepers features an interview with one of Maskell’s victims from before he was appointed chaplain at Archbishop Keough — a male student at the all-boys Catholic school St. Clement. The boy’s mother went straight to the Archdiocese upon learning that her son was being abused, he says, and shortly thereafter, Maskell was transferred to Keough, an all girls’ school.

After White reads him the Archdiocese’s denial, the man sits in stunned silence for a moment, shaking his head. “If they had just done something about it then, there wouldn’t have been any murder,” he finally says. “And we wouldn’t be here.”

And yet, the case continues. Just this week, Baltimore County police announced that they had exhumed the body of Father Maskell, and his DNA did not match samples found at Sister Cathy’s crime scene. Yet there’s still hope that the killer – and the motive – might one day be found. And The Keepers just might have something to do with that.