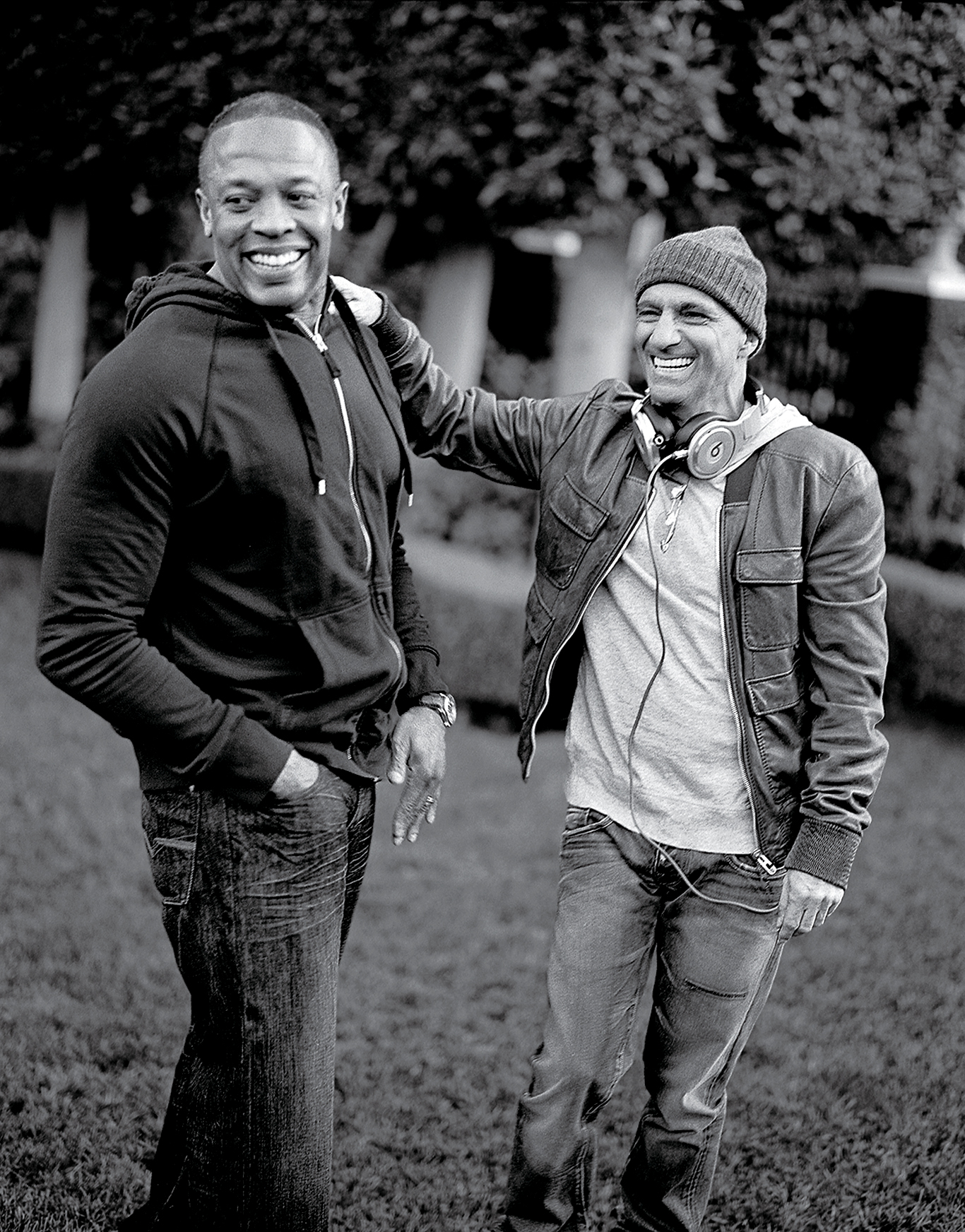 In the new HBO documentary The Defiant Ones, about the lives and intertwining careers of producer/record executive Jimmy Iovine and hip-hop legend Dr. Dre, Iovine recalls his first impression of meeting Dre and his then protégé, Snoop Dogg. “I said, ‘Wow, these guys remind me of when I first saw the Rolling Stones,'” he says. “They’re the same as Mick and Keith. They scare you, but the music brings you in.”

Iovine and his Interscope label wound up releasing Dre’s 1992 classic The Chronic, the start of a longtime partnership between the two men. The Defiant Ones (which premieres July 9th) tells that story – from each man’s rise in the business (Iovine as a producer, Dre as a founder of N.W.A) to their co-launching of Beats Electronics in 2006 and subsequent sale of the company to Apple in 2014 for $3 billion. What could have been a vanity project turns out to be a multilayered history of pop music, touching on the rise of Seventies arena rock, the turbulent world of gangsta rap (parts of the movie are akin to a documentary version of Straight Outta Compton), and the digital revolution (up to Iovine’s shock when Dre accidentally announces the Apple deal on Facebook).

Director Allen Hughes initially conceived the film as a doc on Dre but changed course when he learned Iovine was concurrently planning a film about Interscope. “Allen came to us and said, ‘Why don’t I do a documentary on your relationship?,'” says Iovine. “‘How did a white guy and black guy from racially charged neighborhoods build this business and stay together?’ I said, ‘I don’t know how that happened!'”

For the film, which took three years to make, Hughes interviewed many of the major acts who collaborated with either man, including Eminem, Kendrick Lamar, Trent Reznor, Patti Smith (who tells the tale of Iovine badgering her to listen to “Because the Night” so she could cover it), Ice Cube and Gwen Stefani. Bruce Springsteen recalls working Iovine hard on Born to Run (“the engineer would take the blame, and I was not above laying it upon him until we got our sound”). Bono, who worked with Iovine on U2’s live EP Under the Blood Red Sky, jokingly calls the aggressive executive “a virus that enters the system uninvited.”

Hughes also unearthed footage even his subjects hadn’t seen: Iovine arguing with Stevie Nicks during the making of Nicks’ Bella Donna; Dre teaching Eazy-E how to rap in the studio during the creation of Eazy-Duz-It. The movie also includes the earliest footage of Dre DJing on stage in the Eighties. “It’s unbelievable,” says Iovine of that clip. “It’s like the moment John Lennon picks up a guitar at age 10.” A harrowing interview with Dre collaborator the D.O.C. recalls that rapper’s 1989 car accident and the impact on his career and voice, which now sounds like a gravel road.

Hughes was also able to get both men to open up on camera. Iovine spoke about his secretive romance with Nicks, which caused friction between him and Tom Petty, another act he was producing at the time. (“It was awkward,” Iovine says.”) Hughes, who has known Dre for about 25 years, says The Chronic creator was initially reluctant to participate: “He’s a very modest man, but he was coming up on turning 50 and was finally in a place where he wanted to enjoy looking back.”

In the film, Dre talks, sometimes poignantly, about his troubled family history (growing up with a drug-addicted father), the murder of his brother Tyree and the drinking that followed. “As far as a lot of cameras around me like this … I’m at a place right now where I’m comfortable enough to let these things go and talk about these things,” Dre says. Adds Iovine now, “I think he wanted to get some stuff out. That thing with his mom and dad – he never talked about that with me. Dre’s never let himself go like that before.”

The Defiant Ones doesn’t flinch from controversy: Dre talks about the time he assaulted journalist Dee Barnes (“I was outta my fuckin’ mind at the time”) while Iovine discusses his torn feelings about his contribution to the rap feuds of the Nineties that resulted in the murder of Interscope act Tupac Shakur: “At one moment I said to my ex-wife, ‘Am I defending free speech or am I funding Hamas?'” Looking back on the movie now, Iovine says he wouldn’t have wanted it any other way. “I didn’t want something that said, ‘Now I did this and now I did that,'” he says. “That’s not a documentary. That’s a bar mitzvah. I wanted you to know how it felt … and it didn’t always feel pretty.”