Spike Lee: Why I Turned 'She's Gotta Have It' Into a TV Series - Rolling Stone
×

“I want you to know the only reason I’m consenting to this is because I wish to clear my name.” With those words, a twentysomething Brooklyn artist named Nola Darling introduced herself to the world – and, in the process, so did Spike Lee, a prodigiously talented twentysomething writer-director who invented the character for She’s Gotta Have It, which hit theaters in the summer of 1986. Speaking directly to the camera, Nola (played by Tracy Camilla Johns) laid out her life’s fundamental dilemma: how to be a free-thinking, independent woman who refused to be tied down by any one man and not be treated like there was something wrong with her because of that fact. “Some people call me a freak,” she told viewers, sternly. “I hate that word. … I don’t believe in labels.”

Neither does the filmmaker, who’s spent the past three-plus decades repeatedly challenging Hollywood and America with bruising, revelatory portraits of life in this country from the perspective of its black citizens, from regular folks (Do the Right Thing) to polarizing political leaders (Malcolm X). And Lee now takes a look back at his auspicious, ambitious debut, bringing She’s Gotta Have It to Netflix as a 10-episode series that broadens the scope of his black-and-white, 84-minute gem. Not only do we get to learn more about Nola (Underground‘s DeWanda Wise), but we also get a glimpse into the worlds of her suitors – including Mars Blackmon, the fast-talking, Michael Jordan-loving role made famous by Lee in the original. (Hamilton star Anthony Ramos plays him in the series.)

This is no nostalgia trip, however. Lee (who directed all 10 episodes) gives us a snapshot of how Brooklyn has evolved in the three decades since he shot the film, presenting Fort Greene as a vibrant but troubled community confronting rapid gentrification. And while American society may be more progressive than it was in the 1980s, we see it’s a culture that remains laced with sexist, patriarchal notions of how young women should conduct themselves. (If the rising rents don’t get Nola, the leering, grabby guys on the street just might.)

At 60, Lee is far removed from the age of his youthful protagonist, but his passion and curiosity about life could make them soul mates – an antiquated notion of romance that the show’s heroine would probably scoff at. “Nola is still ahead of her time,” he says with a laugh. “I’m not the filmmaker, the man, that I was back then. It’s very rare when you get a chance to do something again.”

So, why revisit She’s Gotta Have It now?
It was my wife’s idea – Tonya Lewis Lee was executive producer on this. She watches a lot of television. I don’t watch television – I watch sports and the news, that’s about it. But she knows the climate, and her instincts are always right. She had a gut feeling that this would work on TV.

We shopped this several places, and people were not feeling it. But it was three African-American women at Netflix – Pauline Fischer, who has since moved on, Tara Duncan and Layne Eskridge – they understood the cultural significance of having a film with Nola Darling and Mars Blackmon. Sad to say, those other places where I shopped it, there were no black people in the room. One of my favorite songs in Hamilton, sung by Leslie Odom, Jr., goes: “I want to be in the room where it happens.” And one of the biggest problems in Hollywood is with the diversity in the rooms where decisions are made. The gatekeepers – there are hardly any people of color [in those positions]. So it’s not a coincidence that Netflix picked up She’s Gotta Have It, because it was three black women there that said, “Oh shit, we’ve got to do this.”

Was part of your motivation that you wanted to fix or refine elements of the original story?
It wasn’t, “I have to go back and redo this.” But the film was only 86 minutes [long]. This was 10 episodes. [In the movie] you didn’t see Nola pick up a paintbrush. [Laughs] She talked about it, you never saw her as an artist. You see Nola creating art in this. 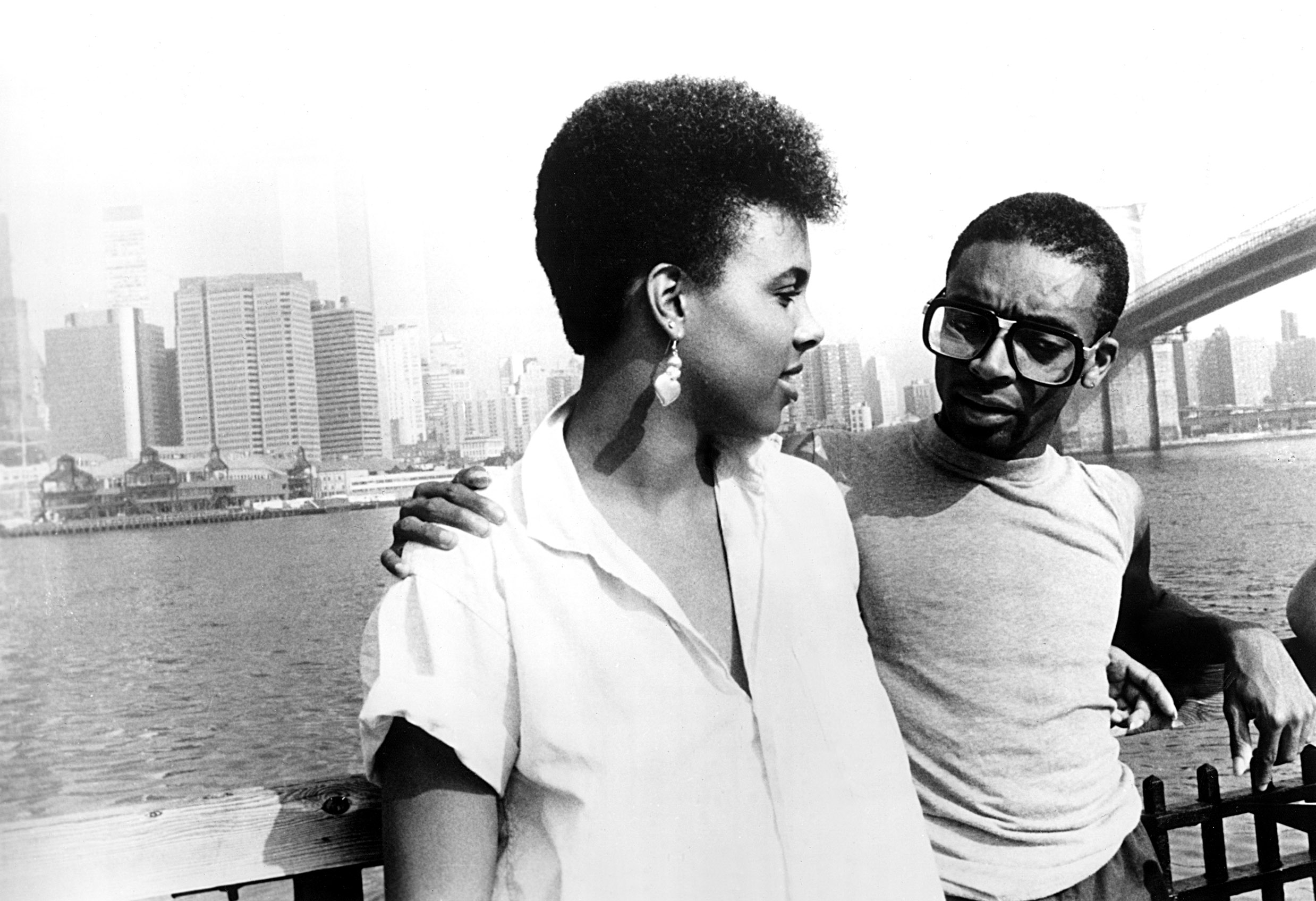 It was able to grow. You used the word “expand.” Now we had the time and the money to fully create this world of Nola Darling – an expansion. And also it’s contemporary. There were a couple people that were saying, “Well, we’ll do it again, but we’ll still keep it back in 1986.” I don’t want to do that. That’d really be making the movie over. I mean, that’s like – what’s the man’s name that did Psycho shot-by-shot?

Gus Van Sant.
Oh my God. So, no, we don’t want to do that. We want to bring some new energy, some new life to it.

That comes through in the series as we see how white characters are moving in and feeling a sense of entitlement about the place.
And that’s one of my biggest issues with gentrification. If you can pay the rent, you can live where you want, but have some respect for the culture. If you’re not respecting the culture, then you’re not respecting the people who created that culture. Have some respect when you move in. I mean, we have a scene where the [white] lady says, “I’m a member of the new Fort Greene.” And Mars says, “New Fort Greene? Fuck that, we’ve been here! How’s it going to be new when we’ve been here? Because you show up, it’s new?” Uh-uh.

How do you view Nola as a character now as opposed to how you conceived her back in 1986?
A lot of things have changed, and it’s fair to say that a woman having sexual relationships with three men is not shocking today as some people might have thought back when the film came out. But Nola’s a strong woman, and boys love strong women. I’m a direct descendant of that because of my mother and grandmother, and I’ve tried to display that in my films.

You probably looked at a lot of actresses to play Nola. What was it about DeWanda Wise that stood out?
Sensitivity. Hunger. Vivaciousness. Humor. Strength. Fearlessness. All those adjectives – she has them in abundance. And we kid about it, her and I, but you know there’s a lot of sex [in the show]. I was out front with all the actors coming to read for Nola, Mars, Greer [Childs] and Jamie [Overstreet] that there’s sexual content in this and you have to be naked. I was not going to cast someone that did not want to do that. Particularly today, I’d be crucified if Nola’s butt-naked and she’s the only one – I’d be justifiably crucified. So I told the men, I said, “Yo, we got to see your ass, too.” [Laughs] Everybody understood, and people were not reluctant. 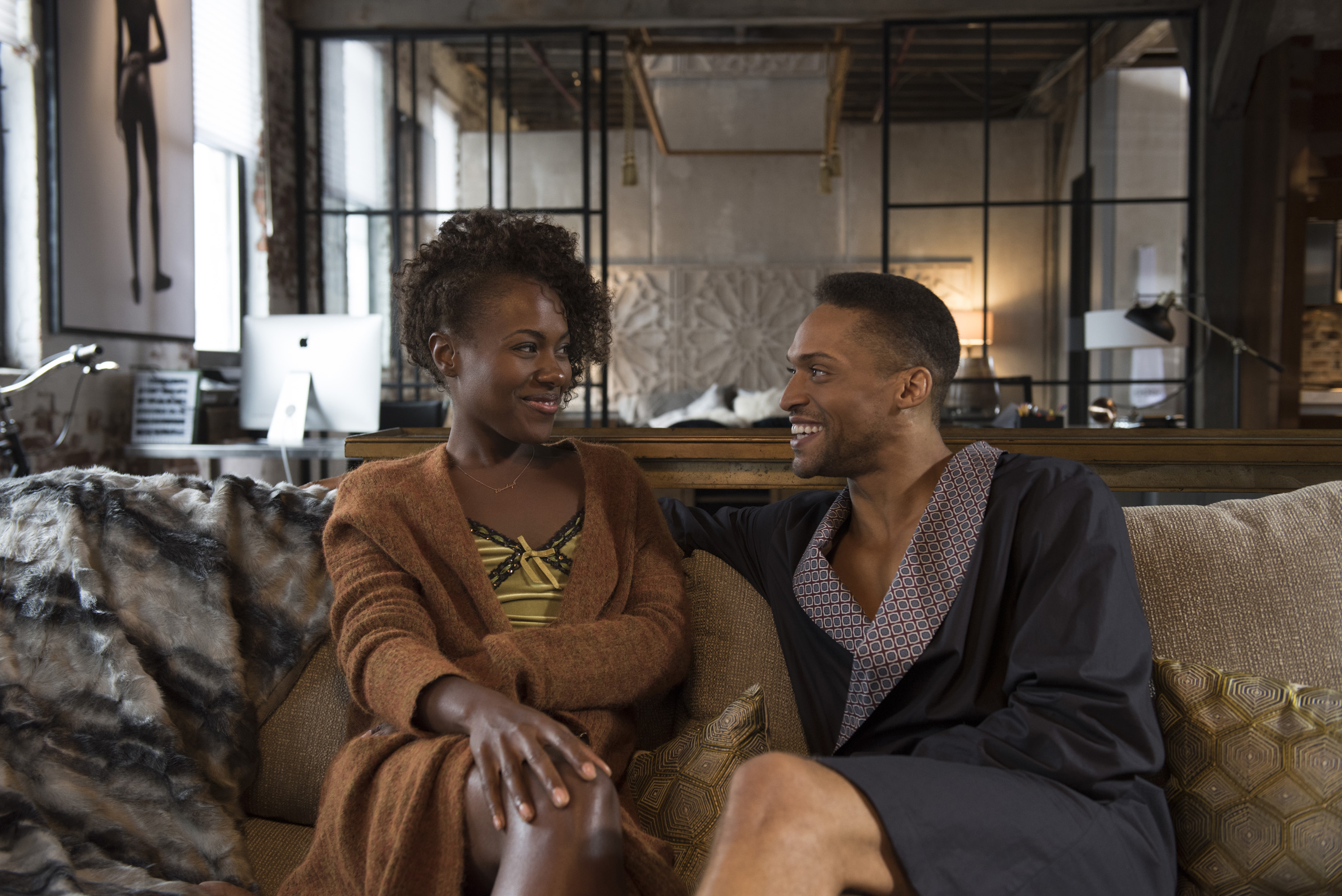 A few years ago, you said that your only career regret was the rape scene from the original She’s Gotta Have It, and you pledged that the series wouldn’t include that. Instead, you show how dangerous it can be for a young woman in a big city when a stranger assaults Nola.
I don’t want my wife or daughter, or anybody’s wife or anybody’s daughter … you cannot put your hands on women. And it’s not just the physical thing – it’s the verbal assault. We make fun of it: the lameness, the wackness of some of these lines that these men use. I guess sometimes it must work ‘cause they keep saying them. [Imitates one of She’s Gotta Have It‘s random pickup artists] “Baby, you so fine, I’d drink a tub of your bathwater.”

It’s funny how all those guys’ pickups lines from the original are reused for the Netflix series – all that stuff still goes on.
That has not changed. And even worse now with technology: Instagram – what’s the other shit? – Snapchat and Tinder and all that shit.

Was it strange to find someone to play Mars – to play you, essentially?
Well, I was very lucky to have the great Anthony Ramos as Mars, but there are two big differences [in the series]. Jamie Overstreet is married now, which he’s not in the film, and also Mars is black and Puerto Rican – Afro-Boricua. I had to make him different more than any other character. That’s a hard role. I mean, Mars has been around 30 years, [he’s] iconic. Google it and you’ll see murals of Mars all around the world. [Ramos] did a great job, and it was not easy for him to do what he did.

Other filmmakers would hand over the directing duties to others on a TV series. Clearly, that wasn’t your plan.
From the beginning, I knew I wanted to direct all 10. This is my baby – this is my first infant. If somebody’s going to fuck it up, it’ll be me. Nobody else. 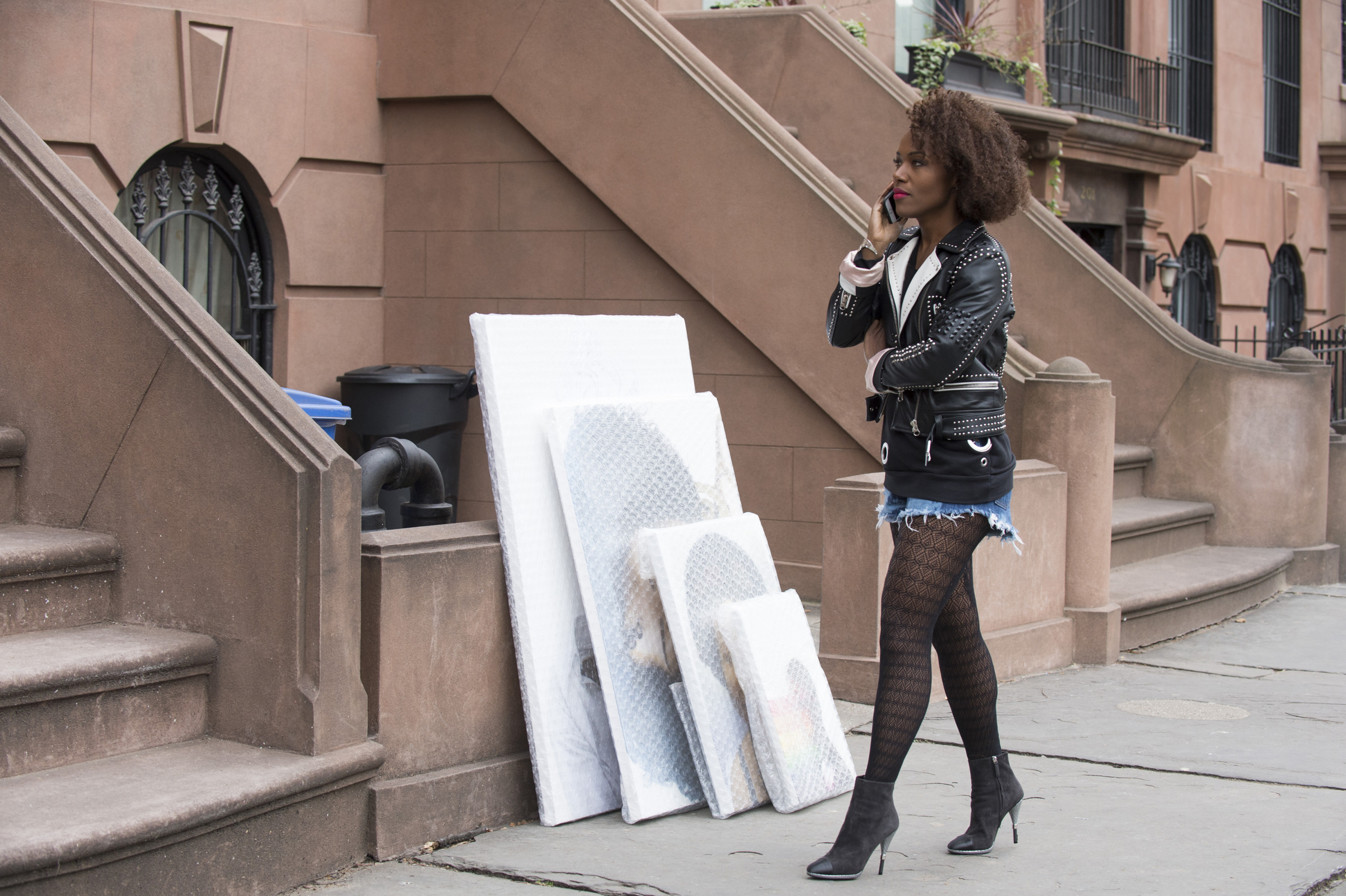 You said you don’t watch series television. Did you adjust at all to make this into TV?
No, and the reason why is because I told everybody, “We’re making a long movie. We’re still going to make stuff the way we do it. We’re not changing our focus the way we do things. So, temporarily take the word ‘television’ out of your mind. We’re making cinema.”

You’re with Rolling Stone, you haven’t asked about the music yet!

Right, the music choices – everything from the Roots to Prince to Brian McKnight. And you punctuate a lot of the songs by showing the album cover on the screen, like a visual footnote. What was the idea behind that?
I love music – I think of all artists, musicians are the greatest artists. They’re the highest in my pantheon, and so I wanted to give a shout-out to the songs I chose. I thought, “As the song ends, let’s show the album cover which the song came from.” No one’s done that shit before! [Laughs]

Nola’s a very positive person, but the show is often pretty melancholy, in part because of Trump’s election and the musicians we lost last year to whom she pays tribute. Did you know the series would be so flecked with sadness?
Here’s the best way I can answer that question, and I’m going to take it from the dialogue. Nola just says, “2016 was a fucked-up year!” 2016 was a fucked-up year. It was fucked-up.