Comedy vs. Tragedy: The Legacy of Robin Williams - Rolling Stone
×

When Robin Williams died in 2014 at the age of 63, the news landed with a shock for several reasons. Though his final years found him treading water professionally, he was still Robin Williams – Oscar-winning actor, stand-up hall-of-famer, as big a star as ever lived. Few knew he’d been ill and, as always with suicides, those left behind struggled with the reasons for the comedian taking his own life. And, unlike older stars whose careers are often subject to long reassessments in their later years, he died without leaving behind a settled sense of who he’d been as an artist. Would Williams be remembered as the manic, free-associative dynamo who prowled club stages and brought an unpredictable energy to Mork & Mindy, Good Morning, Vietnam, and Aladdin? Or for his acclaimed, melancholy work in films like The Fisher King and Good Will Hunting? Was it possible to reconcile those two halves? And what kind of life could mold a man into a performer capable of pinballing between such extremes?

Four years after his death, the Dead Poets Society star is now the subject of two projects trying to make sense of his life and legacy: Marina Zenovich’s documentary Robin Williams: Come Inside My Mind, which premieres on HBO Monday, July 16th; and New York Times culture reporter Dave Itzkoff’s recently released biography Robin. Both respectfully try to shed some light on Williams’ craft and life and the ways in which one informed the other. And both succeed, albeit for different reasons.

Of the two, Come Inside My Mind has the feel of an official story. Filled with interviews with friends like David Letterman, Billy Crystal, Bobcat Goldthwait and Pam Dawber, it offers a cradle-to-grave overview of Williams’ life, from a lonely, privileged childhood in the Midwest to superstardom to his final years, interspersing them with selections from Williams’ most famous roles. (It concludes, inevitably, with the “carpe diem” speech from Dead Poets Society.) Zenovich gently touches on some thorny issues like Williams’ addictions and infidelities, but elides over others, most conspicuously complaints of joke theft that threatened to blacken his name in the early Eighties – stories sometimes charitably explained away as the unconscious side effect of a sponge-like mind.

If Come Inside could benefit from a little more candor and invention, Williams himself prevents it from becoming predictable. The documentary includes a wealth of rare footage ranging from the comedian’s earliest on-stage performances in San Francisco and Los Angeles to outtakes and home movies. And it’s here that the film finds some of its most revealing moments, including Mork & Mindy clips from the cutting-room floor that reveal both his uncensored wit and the effects of a hard-partying lifestyle. There are also takes of him trying new twists on a single Mrs. Doubtfire joke, like a soloist finding increasingly elaborate variations on a simple theme. But the most revealing scene is also one of the simplest: Williams hanging out with his mother and laughing at her jokes, laughing in a way never heard in his performances. It’s as if we’re getting a rare glimpse of the real Williams and not a performer in the process of recreating himself second-by-second.

Respectful of its subject without Come Inside My Mind‘s tiptoeing, Itzkoff’s biography offers a more thorough look at both Williams’ professional and personal life, delving into the isolation of his early years and exploring how those feelings lingered throughout his life. The Robin we see here is tortured: Accomplishments brought only limited satisfaction, and he felt haunted by every personal and professional failure. Friends recall that, even at the height of his success, Williams feared losing his place in the entertainment world. When he did, he didn’t slow down. He just kept plugging away in a mad scramble to reclaim it, one stand-up gig or low-budget movie at a time, even after his health made working harder. 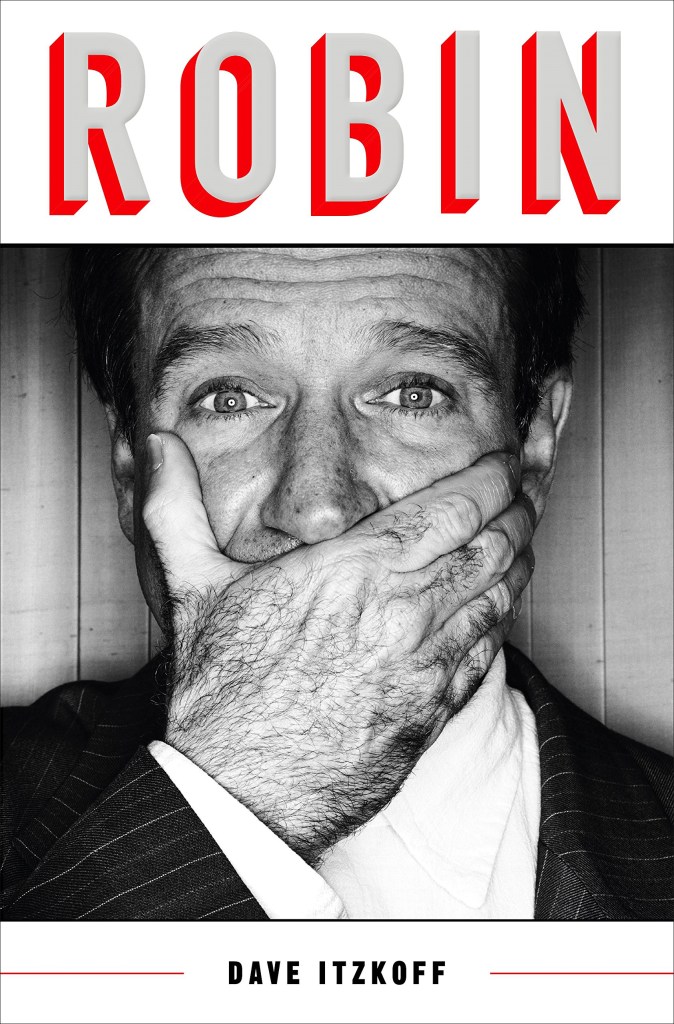 Williams’ death casts a shadow over his work, making it hard not to see a suggestion of the tragic in even his lightest roles. But maybe that shadow was always there. Both the doc and the book avoid tortured artist cliches while still depicting Williams as a man with complexities within complexities, one bound to a need to entertain by forces as strong as those compelling Aladdin‘s genie to a life of servitude. In some ways, he was telling us this from the start. In the routine that gives Come Inside My Mind its title, recorded for the 1979 album Reality … What a Concept, the comic turns his inner monologue into a multi-character drama, with most of the players obsessed with the speaker’s self-destructiveness and shortcomings. “You’re not talking about any truth, no realities,” one aspect of his personality opines. “Why don’t you change the nature of man instead of just talking about drugs and people passing out?”

That’s a lot to ask of a stand-up routine. It also seems typical of the demands Williams placed on himself. Both Come Inside My Mind and Robin reframe his life in ways that make it easier to see the whole picture. The rapid-fire routines and the sensitive roles start to look like different aspects of the same unstoppable drive; the whole of his work begins to resemble different manifestations of the same restless spirit. Whether trying for a laugh or a poignant moment, Williams could often go too far. His career is filled with wearying, cloying moments, but they’re balanced by the times when the rapid-fire wit fit perfectly into a role, when he found just the right way to fold a tragic grace note into an otherwise twinkly scene, when he made the darkness work for him. Maybe he needed to go to the extremes to find the middle. Neither of these posthumous portraits settles Williams’ complicated legacy, but both serve as a reminder of the man’s vitality – and why we’re still trying to figure out what we lost years later.