Meet the Saints and Sinners of 'Riverdale' - Rolling Stone
×
×

The Saints & Sinners of 'Riverdale'

Save for the main characters’ Crayola-classic hair color — and Jughead’s signature jaunty hat — people with even a passing knowledge of the 1940s-era comic Archie might not recognize its latest incarnation, Riverdale, the TV revival entering Season Three on the CW on October 10th. While the kids of modern-day Riverdale still stress about prom dates and football practice, life in their picturesque town has gotten a little more complicated in the 76 years since the cartoon’s first run. For starters, there’s a street gang (the Southside Serpents), a drug crisis (all of Riverdale is hooked on “jingle-jangle”) and murder. Lots of it. All of the melodrama can be tough to handle for the show’s young cast of mostly newcomers. After taping the Season One finale — in which Archie and his crew pull suicidal pal Cheryl Blossom out of the icy Sweetwater River — KJ Apa, who plays Archie, headed to the hospital to treat the hand he’d broken punching fake ice, while the rest “went and grabbed a drink because it was so insane and intense,” says Madelaine Petsch, who plays Cheryl. “We were like, ‘Welcome to Riverdale!’ We say that all the time.”

From Lil Yachty to Machine Gun Kelly, Men Are Getting Hands-On With Nail Polish

Indeed, for the core group that includes Apa, Petsch, Lili Reinhart (Betty Cooper), Camila Mendes (Veronica Lodge) and former Disney darling Cole Sprouse (Jughead Jones), life since the show’s 2016 debut has been equally surreal, if thankfully a lot less dark. The highly stylized take on the illustrated classic has become such a sensation that its stars have been adulated and accosted everywhere from Paris to Brazil to Vancouver, where the show films. (Last season, Apa says, a fan living above him in a high-rise building there left a Post-it note on his window: “They must have used a broomstick or something to put it out their window and stick it on mine. I was so weirded out, I knocked on their door and said, ‘Never do that again.’”) Luckily, they have one another. Reinhart has shared apartments with both Petsch and Mendes. Apa and Sprouse go camping together every year after shooting wraps. “Only two years ago, our lives were completely different,” says Reinhart. “It’s been wonderful to do this side by side, to have someone with you in a very extraordinary circumstance that not a lot of people can relate to.” 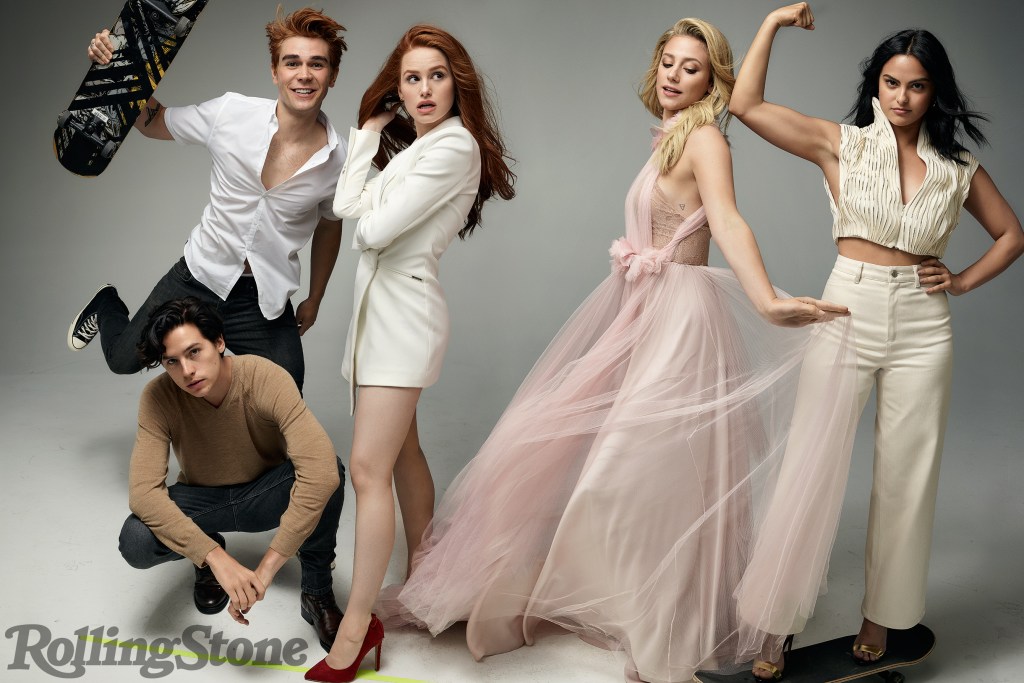 KJ Apa
AGE: 21
HOMETOWN: Auckland, New Zealand
CHARACTER: Archie Andrews
In addition to being a talented actor and honer of abs (check Instagram), the Kiwi is a skilled guitarist — so much so, he was asked to play with Kygo at Coachella in April. (He jammed on the Norwegian DJ’s hit “It Ain’t Me.”) “Being on that stage was probably the best feeling I’ve ever had,” Apa says. “I was real nervous playing in front of 100,000 people, but I just had a couple beers and it was all good.”

Cole Sprouse
AGE: 26
HOMETOWN: Los Angeles
CHARACTER: Jughead Jones
In the unlikely event that the roles dry up, Sprouse has a solid plan B: The New York University grad will return to his work in archaeology. “For about five years, I was traveling the world [on digs]. I absolutely loved it. I’ve excavated raw mammoth ivory, a bas relief of an auroch. … At a Hellenistic site in Bulgaria, we pulled out ceramic theatrical masks. It’s a truly humbling experience.”

Madelaine Petsch
AGE: 24
HOMETOWN: Port Orchard, Washington
CHARACTER: Cheryl Blossom
Before Riverdale, Petsch was living out the quintessential L.A. story, working three jobs as a barista, an assistant and a hostess. A low point: “I was exhausted at this audition. I was supposed to sit in a chair, and I missed the mark, just sat straight on the floor. I started laughing hysterically, but they were like, ‘Get out.’” 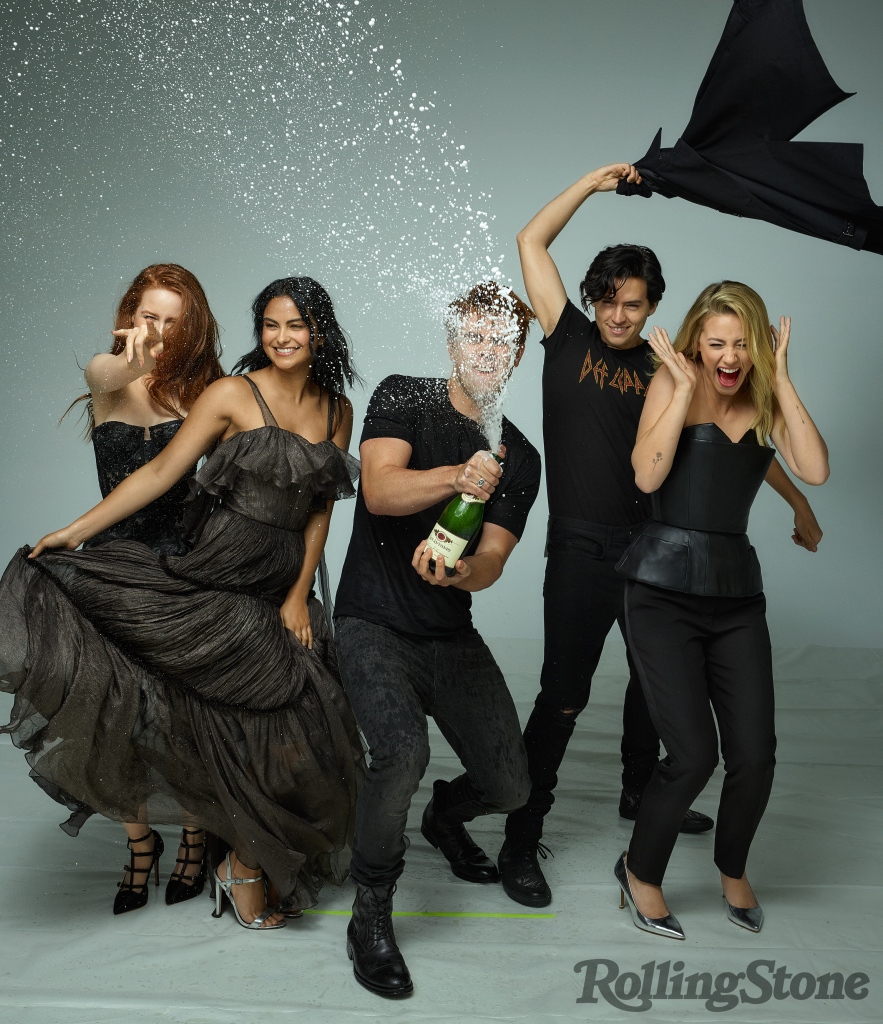 Lili Reinhart
AGE: 21
HOMETOWN: Cleveland
CHARACTER: Betty Cooper
You can take the girl out of the Midwest, but becoming a globe-trotting star has done nothing to dull Reinhart’s down-to-earth outlook. A recent day off from shooting entailed a visit to Walgreens to buy hangers and a trip to get — wait for it — a new library card. “I don’t have an assistant, nor do I want one,” she says. “I look forward to running errands like a normal person. I enjoy it.”

Camila Mendes
AGE: 24
HOMETOWN: Miami
CHARACTER: Veronica Lodge
There are tons of ways for fans to express their love for their favorite stars. Giving out cold, hard cash isn’t usually one of them. But such is the degree of devotion Mendes inspires that an admirer once just sent her money. “I had a fan Venmo me $100 on my birthday,” she says. “Usually people do a thing like that because they want you to interact with them, to respond. But I didn’t want to give them the satisfaction. I’m not gonna lie, though, I cashed it. My best friend didn’t even give me $100 for my birthday!” 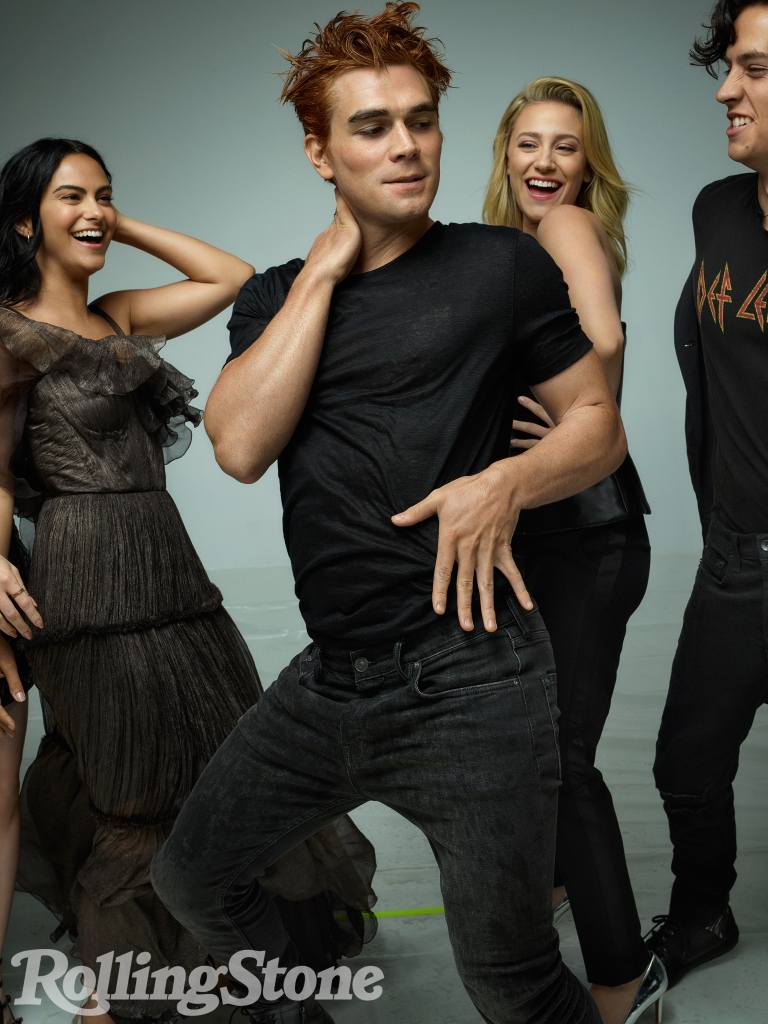 In This Article: Fashion, GucciSPN