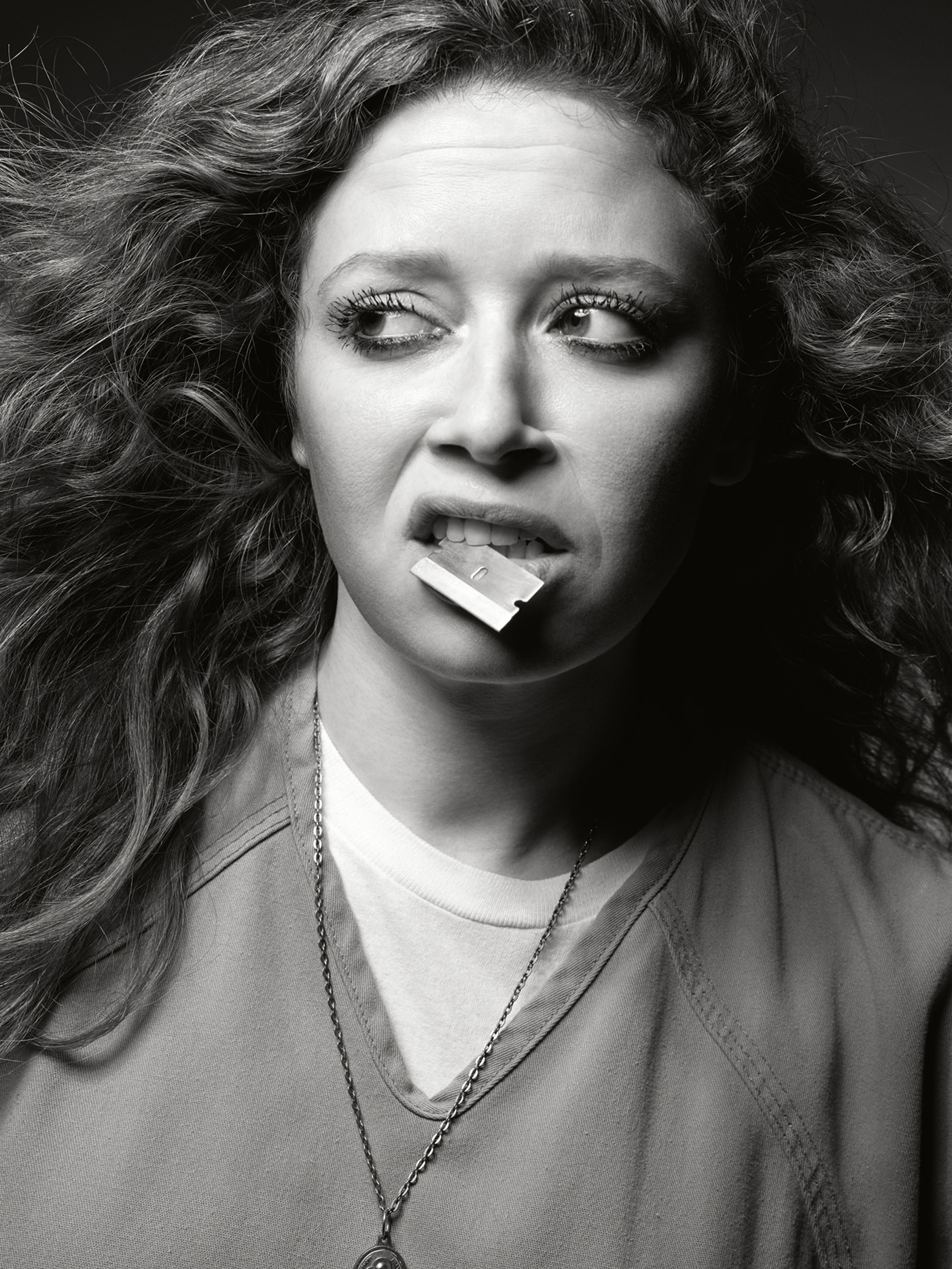 After magnetizing audiences with performances in everything from indie cult classics such as But I’m a Cheerleader and Slums of Beverly Hills to the raunch-com blockbuster American Pie, Natasha Lyonne was burned out on Hollywood — and everything else. Clean and sober now after struggling with addiction (and all the tabloid attention that goes with it), Lyonne has been back to stealing scenes for three seasons of Orange Is the New Black. At 36, the actress is an unapologetic firebrand who has no use for shame or secrets; she wishes more people would adopt the same attitude. “There should be way more accepting mechanisms around nervous breakdowns,” Lyonne says. “It is what it is. Like, welcome to life.”

The First Time: Taryn Manning of 'Orange Is the New Black'

'Orange Is the New Black' Roll Call: Know Your Inmates

While interviewing her for our cover story on OITNB, we asked the actress about getting the part, how Netflix helped make the show a hit and how her character’s confidence has made her start hitting on “all things. . .men, women, [and] inanimate objects.”

Was Orange a weird departure for you? “We’re going to make a TV show on the internet”?
Well, I certainly don’t think that anybody had any expectations for it. I mean, it’s wild to be on the front of that train, you know? I don’t think that any of us had any idea that we were like making something that was going to be widely received at the time — ’cause it’s not like we were making it for some giant channel or some tiny channel. There was no precedent. And I do think that helped us make something very special.

Did you have your doubts?
About what? The show?

Working on the Internet.
I didn’t really just in terms of like. . . I got a call out of the blue for a part on the series finale of Weeds, which was like two-part episode. I’d never been on that show before; I just like showed up and did those last two episodes. But that’s where I met Jenji [Kohan].

And then they sent me a script [for Orange] while I was there, like my agent or whatever just sent me a script. So I read it in the trailer on the set of Weeds and really, like, freaked out pretty quickly. I wanted to start sending it illegally to all my actress buddies from over the years: “Yeah, there are parts for all of us on this show!” [Laughs]

You had previously read the book?
Oh, no, no, no. I read the book after I saw the script. But I remember, like, going back to the Weeds set, where I was playing sort of like a Jersey girl in the future. I had like the orange spray tan, fake boobs, chomping gum.

I started getting nervous because Jenji, Michael Trim — who’d be directing Orange‘s pilot — and the producer, Lisa Vinnecour, were all there. And maybe they would think I was like too, you know, sassy for the role . . .too healthy and big-boobed. So I started telling them like, Listen, you guys: Just so you know, I’ve got quite a history. I really know this kind of prison-y stuff. You know what I mean?

How many times have you been in prison?
I mean, I’ve been arrested a few times but I’ve never done hard time or anything. I’ve only done like holding cells kind of a thing.

But still. . .
But I wanted them to know. I was like, you know, I was like, listen, all this junkie business — I know all of this stuff. This is my language, guys.

So you knew which character you wanted to be?
They had sent it to me for Nicky. And they were like, we know because we’ve Googled you. And I was like, oh yeah, ’cause it’s all on there already. Why do I even waste my time telling anybody anything? But I knew that it was a special show right away, one that I wanted to be a part of.

Regardless of the medium?
I don’t know how much it even occurred to me that it was on Netflix. I was sort of seeing it as Jenji’s new show more than anything else. But it’s occurred to me that Netflix itself is an incredible place. They don’t want to constantly change every detail and take all the idiosyncrasies out of something. They really believe in the creators that they hire; there’s very much a sense of [them] wanting it to be Jenji’s show.

Do you identify with your character?
Well, I definitely have so much to draw on. In the beginning, it was sort of felt that I had to kind of do what they wrote, you know? But I identify with her more and more because I know that I’m allowed to bring to her as much as I want of myself.

I definitely think like. . .I was already like a dirty talker and stuff, but I think I’ve become even dirtier because I’m allowed to be there. Like now I just hit on all things, men or women; I hit on inanimate objects, you know what I mean? And a lot of that is Nicky’s confidence —  it’s not necessarily my own.