If you know Matt Berry from his most famous roles — such as The IT Crowd’s idiot boss Douglas Reynholm, Toast of London’s pompous struggling actor Steven Toast, or the preening and lascivious vampire Laszlo on What We Do in the Shadows — talking to him over the phone is sort of like meeting his un-evil twin. Where his characters are outrageous and inappropriate, Berry is circumspect and gentlemanly. While they pronounce every word as if they’re doing Shakespeare in the Park, with a ponderous theatricality, his signature rich baritone comes over the line from London sounding muted by comparison. It’s as though he’s playing the straight man in a sketch of his own life.

Whatever absurd and profane notions he has rattling around in his head, Berry saves them for his work. His latest offering, IFC’s Year of the Rabbit (a collaboration among Berry, producer Ben Farrell, and writers Andy Riley and Kevin Cecil), is a send-up of the period detective shows that are a staple of British television. Set in Victorian times, it centers on his titular character, Rabbit, a cranky copper who bumbles through every episode but slyly solves the whodunit in the end — a kind of gruff, English Columbo in a waistcoat. In the “why not” fashion typical of Berry’s comedy, the character is missing an eyebrow (a trait the show repeatedly explains away with the intentionally unconvincing line that it was chewed off by a dog last Christmas). He’s named Rabbit — his actual first name, with no surname — not because of any correlation with, say, the Chinese calendar, but because… well, just because.

“His father couldn’t be bothered giving any of the kids any normal names, so he just named them after animals and then left them outside a church,” Berry says matter-of-factly, as if Rabbit and his father are real. Pressed on the matter, he adds, “We have a huge history over here of these shows, Agatha Christie and stuff, and they all have these names, Inspector This and That. I just wanted to do something stupid with that — give him an animal name and not anything else. So he really is as earthy as you can get in that way. There’s nothing fancy about him at all.”

Rabbit is an inveterate boozehound with a colorful vocabulary. He beats up a schoolteacher on career day to demonstrate interrogation techniques to the children. He tells his rookie partner that the way to keep warm during a wintertime stakeout is to piss himself. He describes the London of his day as “a rat eating its own babies. Babies made of shit. And once it’s eaten its own shit babies, it shits them out again.” He is paired, reluctantly, with two bright-eyed and bushy-tailed colleagues to form a crack investigative team, a juxtaposition which only underscores his baser qualities.

“He’s basically trying to hide the fact that he’s incredibly hungover and not firing on all cylinders,” Berry says. “Whereas his younger sidekicks won’t be, because when you’re that young, you know, you get over a hangover by like 10 o’clock in the morning. I wanted him to be dull, in terms of reactions to things, but effective.” 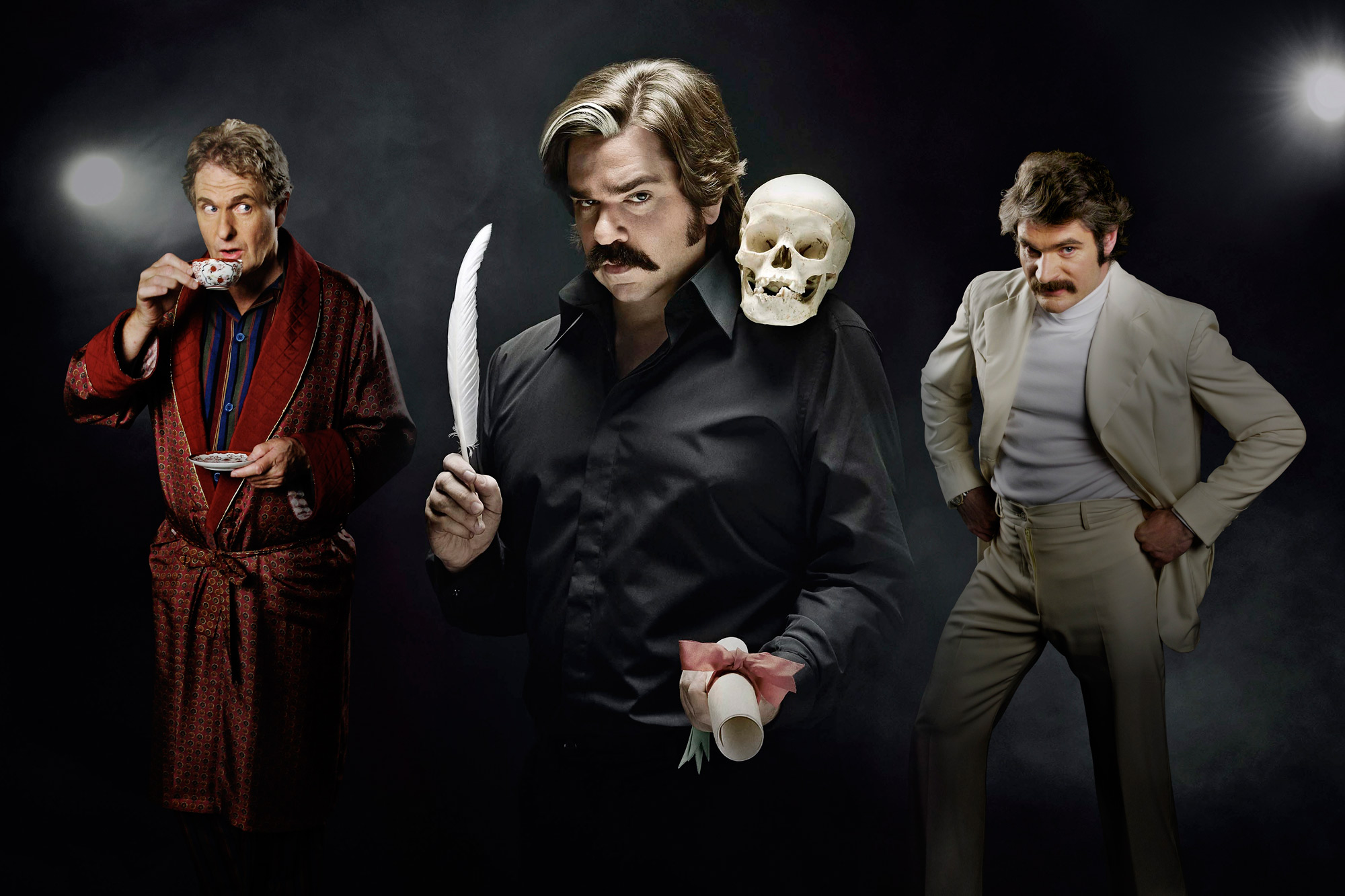 Ineptitude and buffoonery are much more the calling cards of Steven Toast, whose massive ego blinds him to his own failings. He is an oblivious object of mockery at the hands of his voiceover producers, a pair of douchey hipsters named Clem Fandango and Danny Bear, and his mistress, Mrs. Purchase (wife of Toast’s acting nemesis Ray “Bloody” Purchase), looks eternally bored during their trysts. His long-suffering agent has to force him to become a laxative pitchman, yet he complains that she’s not scoring him Oscar-caliber roles.

If Toast is the character closest to Berry’s heart, it’s for good reason. Despite a brand of humor that seems firmly rooted in the British tradition — the surreality and silliness of Python, the cartoonish prurience of Benny Hill — Berry, 45, maintains that he wasn’t especially interested in comedy growing up. He cites as his primary influence not comedic greats such as Peter Sellers or contemporaries like Steve Coogan, but “straight actors, people that normally weren’t trying to be funny.” The more “mannered” and “self-important” the star, Berry says, the funnier he found them. The line to Toast is clear — especially in his puffed-up diction and bizarrely exaggerated pronunciation of ordinary words (such as his praise of guest-star Jon Hamm’s “charismaaaaaaaeeeeeee”). Imagine the famous outtakes of a drunk Orson Welles filming a Paul Masson wine commercial, and you’re on the right track.

Berry’s career in comedy came as a complete surprise to him. He grew up in the hamlet of Bromham in Bedfordshire, about two hours north of London, in a wholly unartistic family who had “normal, decent jobs,” he says. “My mom was a nurse, my sister went into law — nothing like what I ended up doing.” Still, his parents were totally supportive — worried, but supportive — as he stumbled through temp gigs and patches of unemployment as a young man.

He was far more interested in painting and music — and, in fact, today is an accomplished musician who’s recorded eight studio albums (prog rock-ish, inflected with funk) as well as the scores and themes to numerous TV series, including Toast. That show’s frequent musical interludes, gonzo song parodies a la Crazy Ex-Girlfriend, speak to Berry’s true comedic beginnings. In between stints at the London Dungeon — a haunted-house experience where actors play figures from gruesome corners of the city’s past, like Jack the Ripper — he managed to book solo gigs as a singer-songwriter. But he found that spiking his performances with humor won over a crowd. 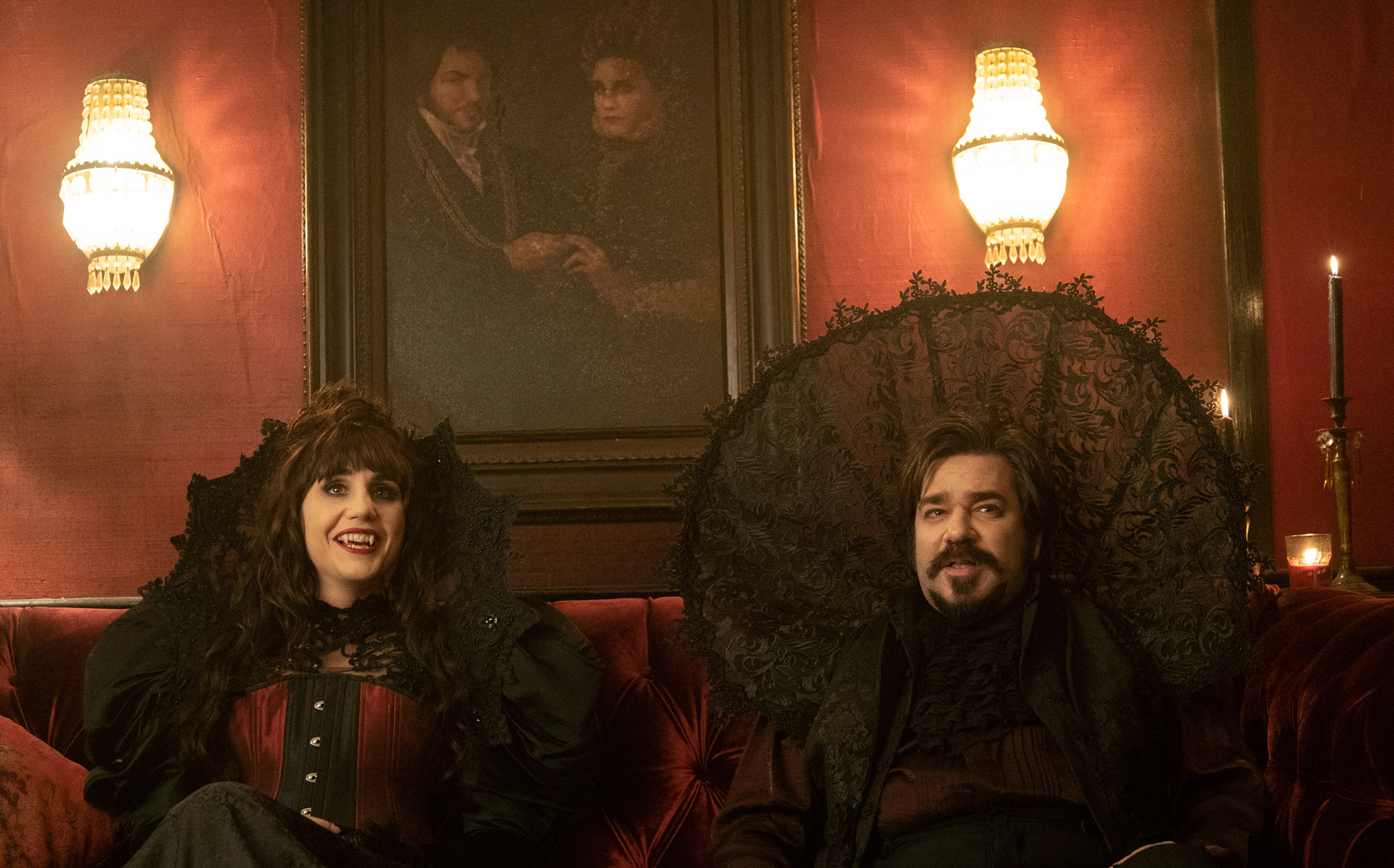 “I was playing before comedians, and the gigs just seemed to go quicker and better if I put some comedy into the songs or the bits in between the songs,” Berry says. “I only did it so I’d fit in with what was going on after. Then I really got to like it.”

Fellow performers Richard Ayoade and Matthew Holness noticed his act, and cast Berry in a horror/sci-fi spoof they created called Garth Marenghi’s Darkplace. From there, his television career exploded, with recurring roles in several series before his breakout in 2007 with The IT Crowd. Despite a nomination for “best newcomer” at that year’s British Comedy Awards and a 2015 BAFTA for Best Male Performance in a Comedy for Toast, Berry insists he doesn’t have any particular aptitude for the form, and draws a blank when it comes to defining his style. Mostly, he chalks it up to timing (“Whether it’s music or comedy, that’s the most important thing for me”) — as well as a lack of training.

“I’m not held back by any sort of rules and regulations in terms of performance,” he says. “I’ll just do what feels natural, and because nobody’s said in the past, ‘Well you can’t really do that, because of this,’ you just do it. If it works, it works, and if it doesn’t, you just try something else.”

He does acknowledge one foolproof stylistic flourish that may be deeply ingrained: a true relish for the scatological and sophomorically sexual. See: Laszlo’s vulva topiaries, or the preposterously elastic faces Toast makes while he’s shagging Mrs. P (“Hang on — my balls are about to fizzzz!”) or pleasuring himself to old-timey images of women in military uniforms. A key moment in Rabbit involves the inspector having a pocketful of dog poop.

“I suppose that’s the British toilet humorist in me,” Berry admits. “It doesn’t matter where you go in Europe, toilet humor is enjoyed by all. Being from the U.K., it’s in you, like, from birth. You know, if you’re little and people are laughing at something all around you, it kind of sticks. If it’s something that my granddad laughs at and my dad laughs at, there’s a good chance that I’ll laugh at it, too.”