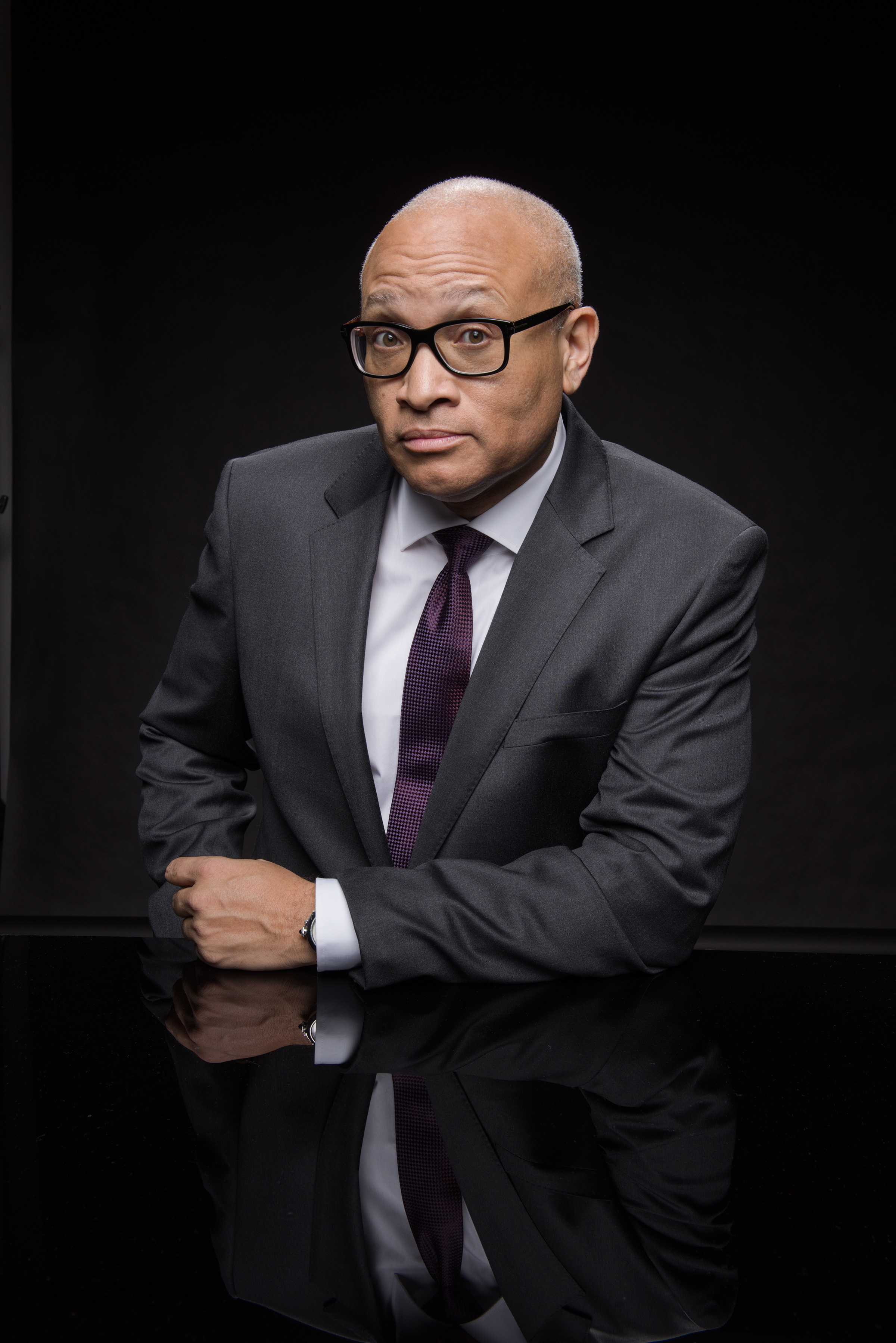 It’s four weeks before Larry Wilmore’s The Nightly Show takes over Stephen Colbert’s old 11:30 p.m. time slot on Comedy Central, and the 53-year-old comedian is at home in California trying to mentally prepare for the task in front of him. “I’m drawing X’s on my wall like a prisoner,” he says. “It’s a combination of anticipation, panic dreams and just laughing about it, because there’s nothing I can do right now. Jon Stewart tells me I have no idea what I’m in for.”

Wilmore certainly has enough experience. Raised in Los Angeles, he has comedy roots that go back to the Eighties, and he’s worked on everything from In Living Color to The Bernie Mac Show to The Office. In 2006, he began a long stint as the “Senior Black Correspondent” on The Daily Show. But The Nightly Show (which premieres January 19th) is the first time he’s been the focus of a program, and taking over Colbert’s slot is a little daunting. “I’m developing my own thing and hoping people will come to the party,” he says. “Replacing Stephen is impossible.”

Wilmore was chosen for the job almost a year ago, soon after David Letterman announced his retirement and CBS signed up Colbert. “Jon Stewart and I got together to talk about what we might do with the slot,” says Kent Alterman, the president of content development and original programming at Comedy Central. “He had this idea for this show with Larry as the host, since his whole career has really built him toward that moment. Considering Jon’s track record when it comes to discovering talent, you’d have to be a real idiot to argue with him.”

Stewart’s pitch was rather simple. “His basic idea was there were lots of underrepresented voices out there that deserve to be heard,” says Wilmore. “He envisioned it as a Daily Show/panel show, with me hosting it. I was surprised he had me in the middle of the bull’s-eye. My jaw just kinda dropped. I went, ‘OK . . . sure. That sounds great.’ ”

The show was originally titled The Minority Report, but Fox was already working on a TV adaptation of the 2002 Tom Cruise movie of the same name. “We started thinking, ‘What’s the show at its core?’ It’s on after The Daily Show and it’s on every night . . . The Nightly Show!”

The name change became something of a relief, since (contrary to early reports) Wilmore never intended to focus solely on minority issues. “It’s a show that can cover all sorts of topics,” he says. “It’s not, ‘Now we can talk about race!’ ”

Each show will begin with Wilmore giving his take on the day’s news, followed by a field piece or a quick interview and a panel discussion. “Let’s say we’re covering Bill Cosby,” says Wilmore. “I’ll give my silly point of view, and then we might interview an expert in that kind of behavior and then we’ll do a panel discussion where we cover it from a different angle. It might get heated, since that part will be unscripted.”

On The Daily Show, Wilmore was an audience favorite thanks to his dry sense of humor, even though he was a generation older than the other correspondents. “I’ve been around a real long time,” he says. “And they usually give shows to guys in their early thirties.”

Wilmore knows he’s going to face a torrent of early criticism. He also knows that The Nightly Show will likely take a few months to truly find its voice. “I think I’ll wait a month to read any reviews,” he says. “But you can’t please everybody. I already got tweets from people saying, ‘I hope your show fails.’ I was like, ‘Why are you so upset with me? I haven’t even done anything yet.’ ”