A young boy loses his wealthy parents, receives spiritual guidance and martial-arts training in the Far East, then returns home to right various wrongs and restore order in the big city – it’s a familiar superhero origin-story narrative. Very, very few comic-book adaptations would introduce their main character, however, wandering barefoot and disheveled in the streets of midtown Manhattan, Walkman blazing (listening to, of all things, OutKast’s “So Fresh, So Clean”) with a semi-stoned grin on his face, looking like he just stepped away from a drum circle in a Phish pre-show parking lot. You probably wouldn’t think this scruffy-looking hippie kid could efficiently wipe the floor with half dozen armed security guards twice his size. And you definitely would not think that this vaguely homeless looking dude could escape a goon-protected sanitarium by punching his way through a brick wall – courtesy of one blow from a glowing, pulsing knuckle sandwich.

Welcome to the world of Iron Fist, the latest Netflix/Marvel collaboration that hopes to build off its popular previous superhero series and drop in the final piece of the puzzle in that will set up their “urban Avengers” all-star team-up The Defenders some time later this year. Originally created as a chance to exploit the post-Bruce Lee chop-socky craze of the early 1970s – and later teamed up with Marvel’s Blaxploitation white-knight Luke Cage for the company’s Heroes for Hire title – the man known as Iron Fist, a.k.a. Danny Rand (played by Game of Thrones‘ Finn Jones), is now a one-percenter who comes back to New York City claim his birthright. The problem is, Danny was long thought to be dead, after a plane crash in the Himalayas claimed the lives of his father and mother over a decade ago – and the relatives who now control the family’s corporate business would prefer he was still M.I.A. Thanks to having learned a strain of kung-fu that enables him to channel the power of a mystical dragon’s heart though his deadly-weapon hands, however, the stranger in a strange land proves that he’s more than capable of taking care of himself.

'Iron Fist': Why Netflix's New Marvel Show Is a Kick in the Head

“I was actually hesitant to get involved with the project at first,” says showrunner Scott Buck about getting pitched by Marvel to helm the series. Having been a producer on Dexter and Six Feet Under, he wasn’t exactly sure why he was considered the man for the job. “At the time, Jessica Jones and Luke Cage hadn’t aired … so I wasn’t sure if a Marvel project was a good fit for me. When [Executive Vice-President of Marvel Television] Jeph Loeb explained that it would be about a New York rich kid who loses everything, who struggles to find his way back into life, I thought, ‘There’s something here. I can work with this.'” (Asked about the whitewashing accusations that initially dogged the series, Buck replies, “Yeah, we were concerned about it, and tried to be sensitive to the issue at every opportunity.”)

“The key to me was: He’s less superhero than someone who happens to have a super power,” Buck adds. “What’s interesting about the comics is that there are so many different iterations of the Iron Fist, which gave me more freedom to create the one we all wanted. So it was important to focus on what makes that journey interesting.”

The journey in question ends up being a long, winding one. After a 10-year-old Danny watched his parents die in a plane crash, he was rescued by monks and raised in a magical, other-dimensional city called K’un-Lun. (Think Shangri-La as run by mystical warriors.) It’s understandable that this super-powered fish out of water might be a little lost when returning to modern New York. Luckily, he doesn’t have to look for answers about the “accident,” or why he seems to be repeatedly attacked by professional thugs, by himself for very long. Danny eventually reconnects with his childhood friend Joy Meachum (Jessica Stroup); finds an ally in expert fighter Colleen Wing (fellow GoT cast member Jessica Henwick); and gets assistance from Netflix/Marvel universe’s resident doctor Claire Temple (Rosario Dawson). Danny still has to figure out what to do when the Chinese triads show up, however – or what it even means to be the latest in a long line to wield the power of the Iron Fist. 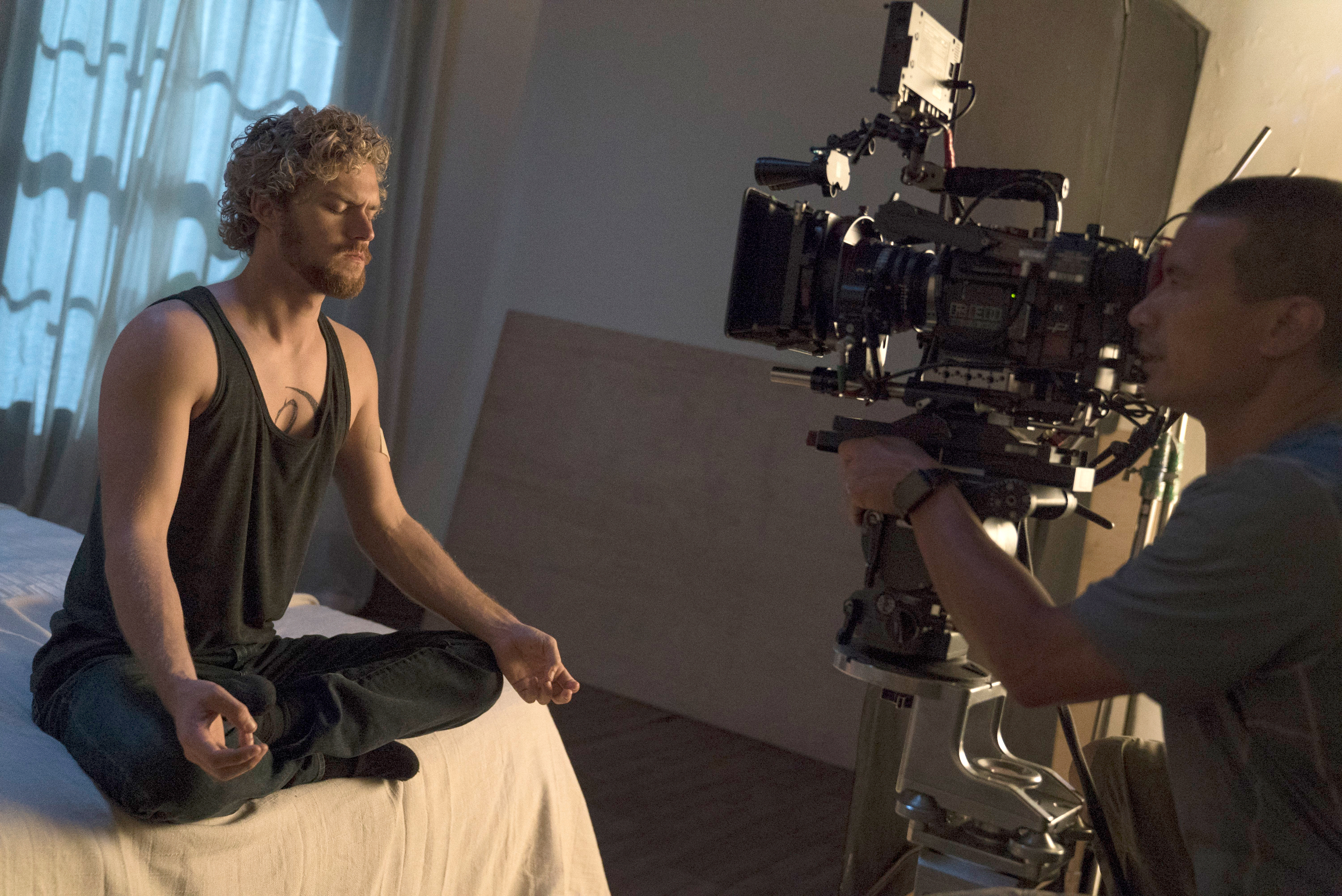 “He’s lost his sense of purpose – and isn’t having a purpose the whole point of a hero?” Jones says in reference to Rand. (Several days after speaking to Rolling Stone, he’ll find himself in the middle of a Twitter argument about representation while defending the show on Twitter, note that the series is for fans and “not critics” and claim that Trump’s presidency is to blame for the show’s detractors.) “We’re so used to seeing very clear objectives in a lead character – but this is a guy in his mid-twenties about to go into adulthood who has no fucking idea what to do with his life. Early on, he’s kind of a kid in search of his own identity. As the show continues, he realizes that everyone from his old life isn’t going to welcome him with open arms. It’s really about him transitioning from being that kind of spoiled rich kid, to figuring out that the world isn’t just going to give him things. He’s going to have to take action.”

And though we see his fighting prowess and ability to calmly flip over moving taxicabs very early on, it’s a few episodes before we see exactly what those years of training have gifted him with in terms of superpowers. Which, according to Buck, was completely intentional – both he and the writing staff had wanted to introduce Danny’s power in the right context. “We wanted to hold back on showing Iron Fist,” he says. “Because it’s not something he harnesses or takes advantage of in every fight. It’s all but a last resort, and not something Danny takes lightly.”

As if taking on a criminal syndicate, backstabbing family members and a gauntlet of martial-arts master killers (the last in a episode directed by Wu-Tang Clan founder/kung-fu cinema scholar RZA) weren’t enough, Danny also has to learn what it means to be an adult, let alone a hero – all before joining up with his partners in urban-crimefighting in the Defenders this summer. As Buck puts it, “He’s the only one [in the Defenders] who wants to be a superhero. The others are reluctant, but when Danny meets other people like him, his exuberance kind of buoys them. He’s the one who offers up that possibility that they can make this work.”

When asked about what changes Danny undergoes between the two shows, Jones offered this: “By the end of Iron Fist, you get a better idea of where his head’s at. Without saying too much, there are two characters that really come in and shake up his beliefs about who he is, what his place in the world is. It’s not until the end of Defenders that you go ‘so that’s who the Iron Fist is!'”