'Game of Thrones': Everything You Need to Know for the Final Season - Rolling Stone
×

We swear it by the old gods and the new: The last time we stepped foot in Westeros back in August of 2017, Game of Thrones had just finished its most ambitious and high-fantasy-epic season to date. (Three words: zombie ice dragon.) We know it’s a matter of logistics and visual-effects production that has kept the series from returning for over a full year, but let’s be honest: Didn’t it feel like everyone involved just needed a breather?

Our Cover Story: Growing Up Game of Thrones

Indeed, if there’s a single takeaway from GoT‘s Season Seven, it was this: Houses divided cannot stand. After six years of Starks, Lannisters, Targaryens, Baratheons, Boltons, Freys, Greyjoys, Tyrells and Martells tearing each other apart, the time came at last for the disparate nobles of the Seven Kingdoms to come together and make a last stand against an apocalyptic army of White Walkers and walking-dead wights.

'Game of Thrones' Finale: Who Will Sit on Iron Throne?

'Game of Thrones': Emilia Clarke, the Queen of Dragons, Tells All

We realize it can be hard to keep track of all of the show’s numerous story strands, especially after seven dense seasons filled with formed (and broken) alliances, numerous deaths and various players being moved all around the show’s geographical chess board. Don’t worry: Our Game of Thrones cheat sheet will catch you up quickly, so that when the beginning of the endgame begins on April 14th, you’ll know exactly where everyone stands — or flies.

THE GOOD
So here’s the good news: There’s a lot of good-guy news. The forces of evil may have gotten the last laugh (again, we’re dealing with a zombie dragon, folks — it breathes blue ice-fire!). But our heroes were plenty busy the whole time too, burying hatchets, teaming up and generally getting their act together for the war to come. 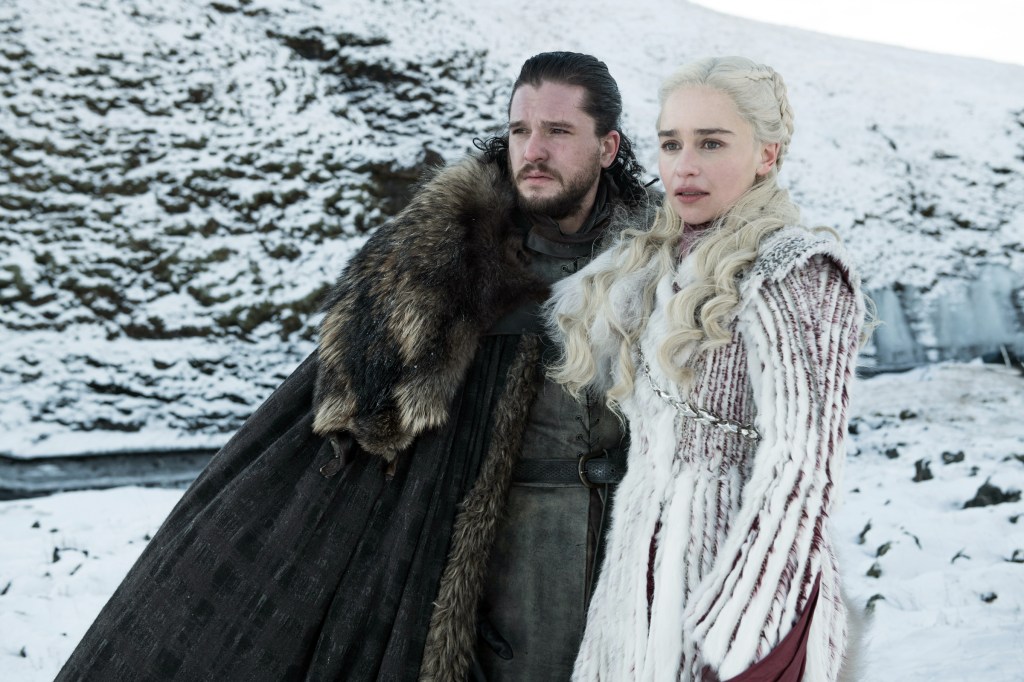 Let’s start with Jon Snow, the once and former King in the North. The ex-Lord Commander of the Night’s Watch was proclaimed monarch by his followers — in particular, his canny advisor Ser Davos Seaworth — after helping to defeat the forces of House Bolton during the Battle of the Bastards in Season Six. (He also, of course, came back from the dead at one point, which doesn’t hurt.)

Still, Jon is no careerist. Journeying to the island fortress of Dragonstone to arrange a treaty with Daenerys Targaryen, he voluntarily gave up his crown and bent the knee in order to win her support. And, naturally, her dragons, her legions of Dothraki and Unsullied warriors and her vast caches of dragonglass (the volcanic stone that can kill a White Walker like kryptonite) located beneath her castle. Eventually, he even wins her heart.

A lot went on in the interim, however. First, Jon assembled a crack support team: Sandor “The Hound” Clegane, repenting for a life of brutality; Lord Beric Dondarrion and Thoros of Myr, the unkillable leader of the Brotherhood guerilla force and the Red Priest who resurrected him; Gendry, last surviving bastard son of King Robert Baratheon; Tormund Giantsbane, leader of the Wildlings; and Jorah Mormont, Dany’s number-one loyalist. (He was saved from a lethal greyscale infection by future maester/Jon’s best friend Samwell Tarly … who, we should note, doesn’t know Daenerys burned his father and brother to death when they refused to bend the knee with the Lannister army.) Together these men held off an army of zombies and captured one to use as evidence of the threat.

The battle beyond the Wall was not without casualties, however. Thoros perished, permanently reducing Jon’s Magnificent Seven to six. Benjen Stark, Jon’s long-lost undead uncle, died (again) while defending his nephew. And when Daenerys swept in for a last-ditch rescue with her three dragons, the Night King took down the one named Viserion and resurrected it as his own zombified ultimate weapon.

But the good guys got what they needed. The wight they captured proved to the world that the army of the dead is real. Dany and Jon agreed to join forces, which means the North inherited an A-team of advisors: Tyrion Lannister, the cleverest man in Westeros; Varys, the witty eunuch spymaster with a heart of gold; Missandei, the liberated slave who’s one of Dany’s sharpest political minds; Grey Worm, commander of the Unsullied super-troopers; and Melisandre, a.k.a. the Red Woman, who has headed east to Essos on a secret mission all her own. 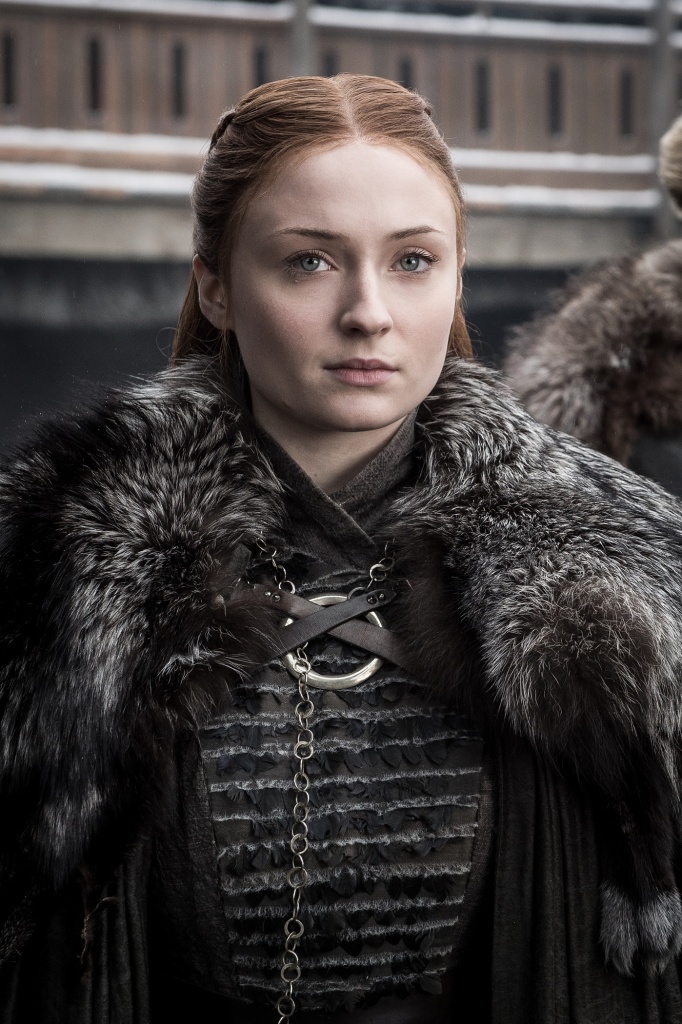 Back in Winterfell, Sansa Stark is in charge, ruling in a peculiar triumvirate with her trained-killer sister Arya and her psychic brother Bran, a.k.a. the Three-Eyed Raven. It’s their job to hold together a contentious crew from all over the realm, like the ferocious Lyanna Mormont, mouthpiece of the Northerners, and her fellow child rulers Alys Karstark and little Ned Umber. There’s also Stuffy “Bronze” Yohn Royce, the ranking representative from the region known as the Vale, and Brienne of Tarth, the dangerous warrior whose allegiances have brought her to Winterfell with her squire Podrick Payne.

One name you’ll notice is absent from that list: Petyr “Littlefinger” Baelish. At long last, the man with the mockingbird sigil overplayed his hand by attempting to manipulate the Stark sisters against one another. With the help of Bran’s telepathy and their own intelligence, Sansa and Arya saw through the scheme and executed him for his countless crimes.

Their little brother has, of course, been busy doing more than just thwarting palace intrigue. With Sam’s help, the Three-Eyed Raven discovered that his brother Jon isn’t his brother at all. Rather, he’s the legitimate offspring of fallen prince Rhaegar Targaryen and Ned Stark’s sister Lyanna, making him Aegon of House Targaryen, Sixth of His Name, yadda yadda yadda. In short, Daenerys, the woman he’s fallen in love with, is his aunt … and he outranks her as the rightful heir to the Iron Throne and ruler of Westeros. It’s complicated!

THE BAD
Remember last season’s final sequence? The part where the Night King’s zombiefied dragon destroy the Wall, and his whole army of the dead, stretching as far as the eye can see, march through the ruins with the single-minded idea of ending humanity once and for all? We thought you did. Nothing shows the dire straits our friends (and their foes) find themselves in quite like that particular bit of spectacle.

There aren’t many silver linings to be found in this particular ice-storm cloud, but there are still a precious few. First, the Night King and his forces didn’t blow right through the central point of the Wall — specifically, Castle Black — like their prey the Wildlings tried to do a few seasons ago. Rather, they created a breach all the way to one side of the continent, at the fort known as Eastwatch-by-the-Sea. This should buy far-away Winterfell some time to prepare.

This doesn’t bode quite as well, however, for Tormund Giantsbane and Beric Dondarrion, the Wildling leader and frequently resurrected warrior for the Red God who were manning the fort at the time it fell. Nor do things look good for the remaining members of the Night’s Watch, led by Lord Commander “Dolorous” Edd Tollett at Castle Black, who now find themselves behind the invasion they’re meant to turn back. But we haven’t seen any of these guys get burned, eaten, frozen, zombiefied or otherwise killed. Hey, no news is good news (on this show anyway)! 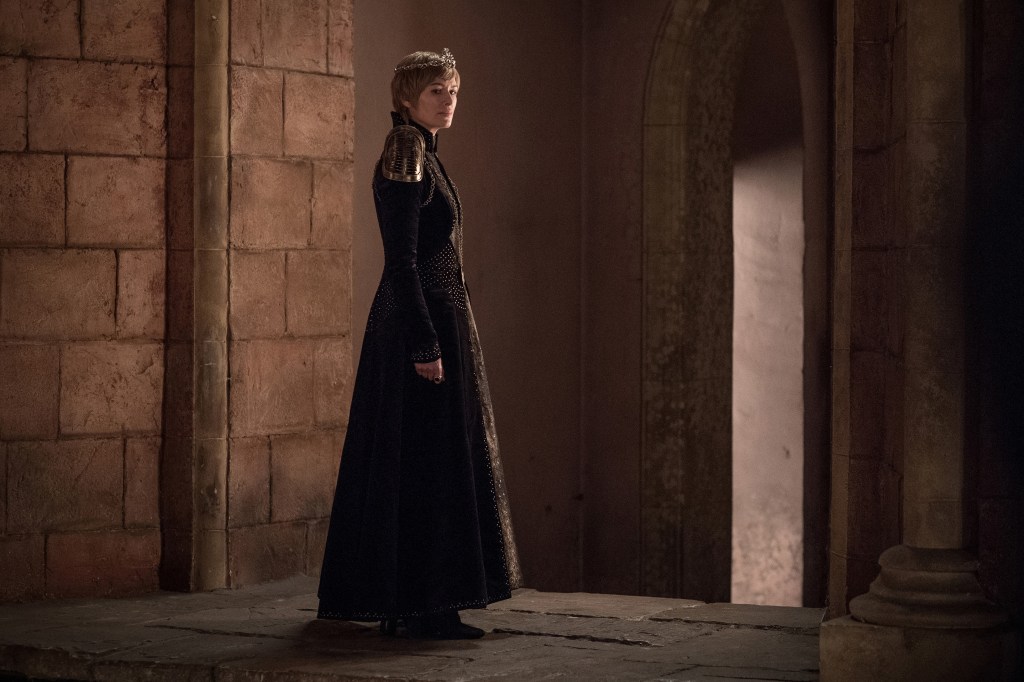 THE UGLY
No, we’re not slandering the looks of Cersei of House Lannister, the First of Her Name, Lord of the Seven Kingdoms, Queen of the Andals and the Rhoynar and the First Men and Protecter of the Realm. She’s still got men sailing around the world starting epic naval battles and recruiting whole armies just for a chance to warm her bed. We’re merely saying that she’s less than pretty on the inside. At this point, we’re not even sure she herself would disagree about that.

For a moment there, it seemed things were turning around for the Lion Queen. Agreeing to an unprecedented summit with her enemies — including Dany, Jon, and her hated kid brother Tyrion — she was presented with incontrovertible evidence of the zombie threat in the form of a ravenous undead berserker in a box. After years refusing to the slightest compromise unless there was a proverbial crossbow to her head, she agreed to rally the Lannister forces that survived Dany’s dragon/Dothraki attack and send them north to help humankind in its moment of need.

Remind us: What’s the Valyrian word for “LOL”?

From start to finish, Cersei’s participation in the summit was a ruse. When her admiral, the swaggering Euron Greyjoy, stormed out promising to sail as far away from the undead as he could get? He was really embarking on a secret mission to recruit a formidable mercenary army known as the Golden Company on his would-be queen’s behalf. When the Lady of Lannister changed her mind after a heart-to-heart with her brother? She did so to lull her enemies into a false sense of security. She has no intention of sending her army to help. Rather, she wants to wait until the dragons, the dead and all of her human rivals wipe each other out, allowing her to pick up the pieces.

We can think of a few characters who could probably have predicted the truth. Her prisoner Ellaria Sand, for one, tied up in the dungeon and left to watch her daughter die before her eyes as payback for poisoning Princess Myrcella Lannister a few seasons back. Yara Greyjoy, for another: the rightful Queen of the Iron Islands is held captive by her crazy uncle. Her only hope was a last-ditch rescue mission by her brother Theon … who fled rather than allow himself to suffer the same fate.

And even Cersei has loyalists. Qyburn, her Hand and a master (maester?) of the black arts; Ser Gregor Clegane, the Frankensteinian freak that the old mad scientist brought back to life; and maybe, just maybe, Bronn, the sellsword who always goes where the money is … even if that means cutting off ties with the other Lannister siblings.

Which leads us to the one big defection from Cersei’s camp: Jaime Lannister. Her brother, lover, loyal protector, and now the father of her unborn child was completely disgusted by her plan to betray, uh, all of humanity. So he broke up with her for good and started riding North to lend a hand (that’s hand singular, of course) to the defense efforts. But noble though his intentions may be, his reception in a court ruled in part by Bran — the now-grown child whom the Kingslayer pushed out a window back in the pilot, starting this whole mess off. That’s a reunion that is likely to be cold even by the standards of a house whose motto is “Winter Is Coming.”