An FBI agent communicates with an eyeless woman on some cosmic, supernatural plain while a brain on a stalk issues cryptic orders. A living Goddess swallows a grown man into her vagina while in the middle of sexual intercourse. An international-waters orgy climaxes with a priest nearly forced to fornicate with a fake lioness, not long after tying up a man who claims to be God. A lounge-lizard who lives in a luxury igloo (technically, he resides in some sort of psychic limbo) swills cocktails and sprouts beat poetry. And don’t even get us started about the afterlife-dwelling assassin who has to remove a key from his doppelganger’s heart in order to start nuclear Armageddon.

These unforgettably bizarre moments from TV history didn’t come from over a decade-plus of television programming – they all took place over the last few months or so, and all during the primetime slots. In 2017, an adventurous viewer can dip into the possessed FBI agents and otherworldly portals of Showtime’s revived Twin Peaks, tour a schizophrenic superhero’s fractured mindset on FX’s Legion, journey to the afterlife with an everyman messiah on HBO’s The Leftovers or witness a God in a dapper suit lead a 18th-century slave-ship rebellion on Starz’s American Gods. And that may just be the tip of the WTFTV iceberg, which begs the question: What’s going on with television right now? And are we in the middle of the medium’s Golden Age of Weird?

'Twin Peaks': Why the Nineties Show Was Made for the Binge-TV Era

“We are at peak ‘Peak TV’ right now,” says showrunner Bryan Fuller, the man behind the baroque horrorshow Hannibal and the virtually indescribable adaptation of Neil Gaiman’s American Gods. “And the market is over-crowded with hundreds of dramas spread out over network, cable and streaming – formal experimentation is a necessary mutation of the format. There’s a much greater appetite for coloring outside of the lines now more than ever before, because niche has become a quantifiable demographic. We are narratively peacock-ing, shaking our tail-feathers in an attempt to catch the audience’s eye when they have plenty of birds to watch.”

It’s not a coincidence that David Lynch’s narratively peacock-ing “Peyton Place on acid” is making its comeback now, since you can trace much of the current landscape back to the original Twin Peaks. And though the Blue Velvet filmmaker had a collaborator in Hill Street Blues veteran Mark Frost, it was Lynch’s on-brand, offbeat sensibility – the fever-dreamy interludes, the hallucinogenic nightmare sequences, the oddball humor, the Eisenhower-era throwback moments tinged with darkness – that distinguished the ABC show from everything else on the dial. We were used to seeing out-there moments on the big screen; the idea of catching a backwards-talking little person in a red suit, dropping cryptic hints about gum and breaking into a dance (“Let’s rock!”), on the small screen felt like an impossibility. And the fact that audiences not only embraced Lynch’s avant-garde soap opera but turned it into a massive hit felt nothing short of revolutionary. 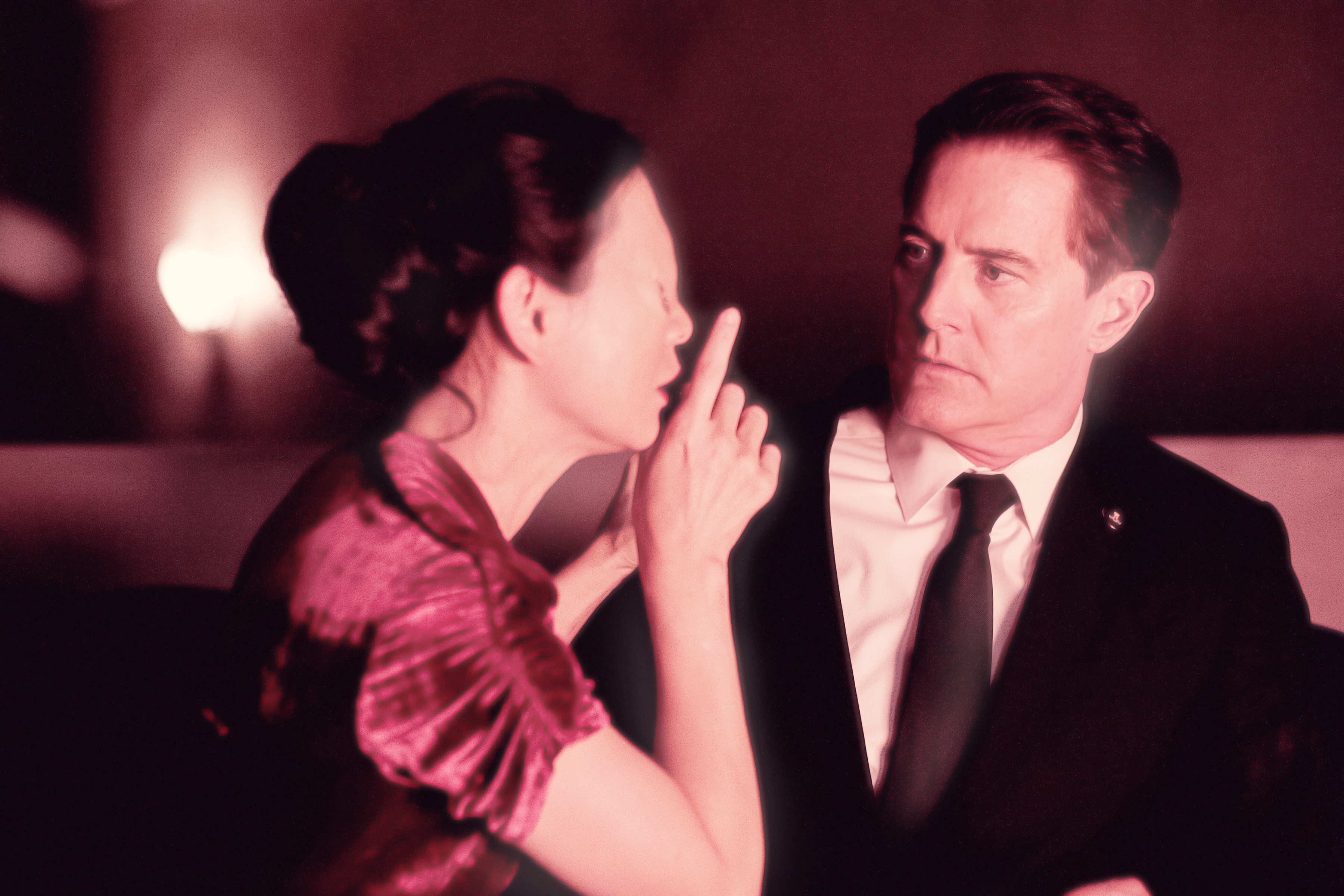 As the Nineties progressed into the Prestige TV era, more creators were willing to explore the edges and see what they could get away with in a traditional TV format, from the talking-fish consiglieres of The Sopranos to the ghostly visions of Six Feet Under, the envelope-pushing extraterrestrial oddities of The X-Files to the flashback/flash-forward structure of Lost. What these shows shared, above all else, was the confident voice of someone willing to take risks. If Lynch could do that on television, so could David Chase, Chris Carter, Vince Gilligan, Alan Ball, Carlton Cuse – and so on.

But it’s arguably the creators who were still in elementary school when Lynch first burst through the traditional TV ceiling who are now leading this new, daring weird TV brigade. Showrunners like Fuller, Noah Hawley (Legion and Fargo, which isn’t above dropping unexplained UFOs into its Minnesota Nice mix), Ryan Murphy (American Horror Story), Damon Lindelof (The Leftovers), Lily and Lana Wachowski (Sense8) and Zal Batmanglij and Brit Marling (The OA) are no longer working from the standard TV outlines for a season, or a three-act episode; they’re now defining their shows through the anything-goes visions fueling writer rooms. And thanks to the breadth of cable channels and streaming services in need of fresh content, there’s never been a better opportunity for these TV-making “freaks” to fly their flags.

“Everyone is making all these shows and the only way to distinguish yourself is to make something different and better, which makes TV the artist’s market,” Hawley says. “Hulu didn’t really have a definition as a creator until The Handmaid’s Tale – and now it has a real identity as ‘The network that brings you Handmaid’s Tale.‘ It was the same with AMC when they had Mad Men; look at what Transparent did for Amazon. One show can rebrand a provider as a serious heavyweight. So, what you’re seeing is people are being encouraged to take risks, and so you’re seeing these shows.”

“If everything is weird than nothing is weird – if it were all
surreal ugliness then it wouldn’t be interesting. You have to be able to
balance that.”-Noah Hawley, Legion showrunner

There is a direct correlation between the sheer number of outlets in 2017 and the willingness for companies willing to let creative types travel to the outer limits in order to stand out. As Daniel Fienberg, TV critic for The Hollywood Reporter, notes, “Streaming and the overall expanded marketplace for scripted television have created something of an arms race when it comes to securing the talents of the handful of hot showrunners or creative talents. And in the process of attempting to secure these writer-producers (who are also increasingly directors), it’s necessary to give them the keys to the car. We’re seeing an awful lot of free rein – and these shows are how the Noah Hawleys and Damon Lindelofs and David Lynchs manifest freedom.”

Thanks to premium-cable channels and original-content providers like Netflix, the traditional restraints of network TV have become outdated and the model for what’s considered a success on TV has changed. The latter’s ability to help unique shows like The OA and Sense8 find receptive audiences has rippled through their competition – now everyone wants to be the network/channel/service that’s got the hot new show everyone is talking about. Streaming services don’t need to worry about ratings (Netflix does not make its viewer numbers for their shows public) so long as subscribers keep coming in, while cable networks are taking into account time-shifted viewing more and more. Couple that with less concern about low numbers even from ad-supported TV, and Hawley equates it to having “a lot more rope with which to hang ourselves.”

What’s important to keep in mind about these shows is that none of these “weird” choices are arbitrary. The fractured stories of Sense8, the unreliable perspective of Legion, the mix-and-match mythology approach of American Gods  – they may challenge viewers ideas about linear narratives or even basic 1+1= 2 logic, but all of them are tethered to something relatable in terms of genre and engaging audiences’ hearts and minds. “If everything is weird than nothing is weird,” says Hawley. “That was what so great about Twin Peaks in its first season – you have this sort of gee-whiz normal life, into which begins to creep this really surreal ugliness. But if it were all surreal ugliness then it wouldn’t be interesting. You have to be able to balance that.” 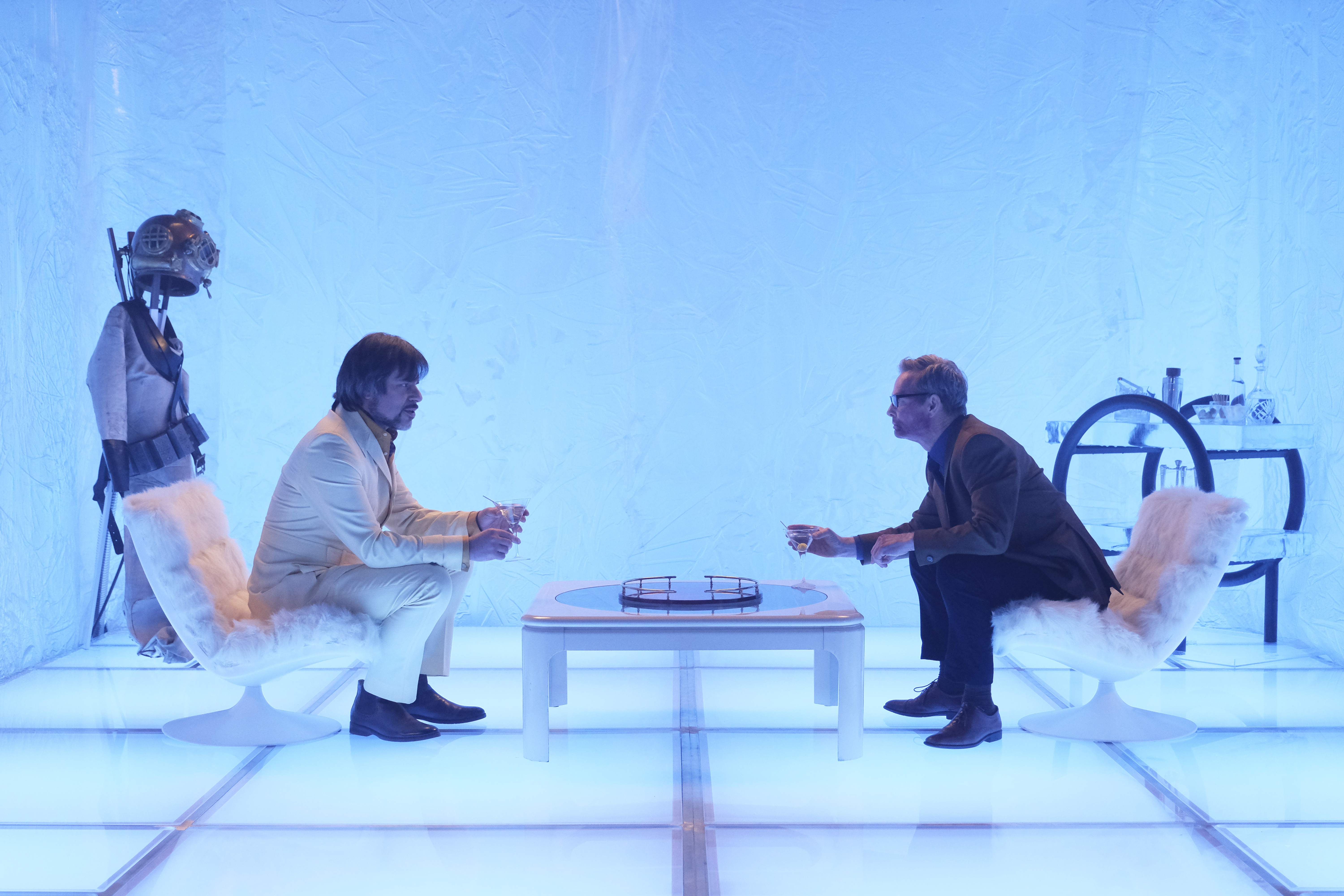 “There will be always be more of those trying to find the new spin on the hoary old cliché,” Fuller says. “And talented writers are going to continue to find those new spins and make us forget the hoary old cliché and relish the whirl, because ultimately that’s what a large portion of the viewing audience wants: something familiar with a little turn, or a lotta turn.”

“You always hear the stories about Picasso,” Hawley muses. “In order to be able to do the very abstract work he did, first he had to know how to draw the human body. He had to be very good at the literal in order to make the leap.” Hawley also compares the new wave of surreal television to jazz, noting that “in order to improvise jazz, you have to know what the tune is and then deconstruct it.”

The question then becomes: How much weird TV is too much? Even Hawley admits that even he feels like there “may be a little fatigue that’s setting in,” amplified by the fact that the 5pm Trump news-dump can sometimes feel more surreal than anything the Black Lodge has to offer. “As they say, it’s hard to turn a battleship,” he says. “So, as people are caught up in world events, new shows are continuing to be dumped and it’s hard to keep up. I think that there will always be a demand for something that captures the zeitgeist, for a show that feels like it was made for this moment specifically. There are a lot of storytellers who will continue to get big audiences [but] there has to be a contraction. You just can’t absorb all of it.”

So how will that contraction impact the state of Weird TV in the future? Will Starz be defined by American Gods‘ warring deities and Gillian Anderson dressing up as David Bowie’s Alladin Sane? Will Showtime run with the massive amount of street cred generated by Lynch’s rebooted Twin Peaks and become the new premium-cable home for surrealism? (The initial less-than-boffo viewership stats suggest it’s unlikely, but let’s wait and see.) Will we see anything like The Leftovers again any time soon? It seems plausible that TV can’t maintain such a high degree of overall formal experimentalism on a long-term basis, and one should never forget that there’s still a lot mindless junk to contrast against this new wave of “weird TV.”

But what’s more likely is that weird is simply going to be a part of the new small-screen landscape that doesn’t go away. Barring the occasional Alfred Hitchock Presents outlier, television has long been a writer’s medium, and this recent embrace of the visionary auteur within it is a natural progression of the form. “As TV shifts into smaller batch programming and more artisanal approaches to production,” Fienberg says, “there’s more and more opportunity for a Hawley or a Lynch or a [Mr. Robot‘s Sam] Esmail, even, to wear every hat, or even for more non-creator writers to direct – and that allows for a greater through-line of vision from the writers room to the screen.”