Hannah Marks has a lot on her plate, but she wouldn’t have it any other way. The 24-year-old is currently dividing her time between Vancouver, where she’s filming the second season of BBC America series Dirk Gently’s Holistic Detective Agency, and New York City, where she’s doing post-production on the film Shotgun, her writing and directorial debut.

Marks has been acting professionally since she was 11 years old, though she first caught the bug when she was even younger, making her stage debut at the age of five. Her mother, Nova Ball, was a TV actor before Marks was born, and she remembers watching her mom’s reels from shows like Who’s the Boss? and Knots Landing. “I thought it was so cool that you could be, like, inside the television,” Marks tells Rolling Stone with a laugh, speaking via phone from the set of Dirk Gently.

As an actor, Marks has an impressively long resume. She’s had recurring roles on a slew of shows, including Weeds, Necessary Roughness, The Real O’Neals and Awkward. On Dirk Gently, Max Landis’ sci-fi detective series based on the Douglas Adams book of the same name, she plays Amanda Brotzman, a would-be punk rocker who suffers from crippling hallucinations.

When Marks first started doing Dirk Gently – which stars Samuel Barnett as the titular character and Elijah Wood as his reluctant sidekick Todd – she was surprised by the buzz it generated due to its sheer bizarreness. “Last year, I had no idea we were making a weird television show until all these articles came out that we were the weirdest show on TV,” Marks says of the series. “This year, it’s so much weirder, which I’m so happy about. Because we might as well embrace what makes us special.”

Marks has been interested in writing since she was a teenager, when she went through a rough breakup and exorcised her demons on paper. She’s come a long way since then, writing and directing two shorts last year, and now working on her first feature with Shotgun, due out in 2018. 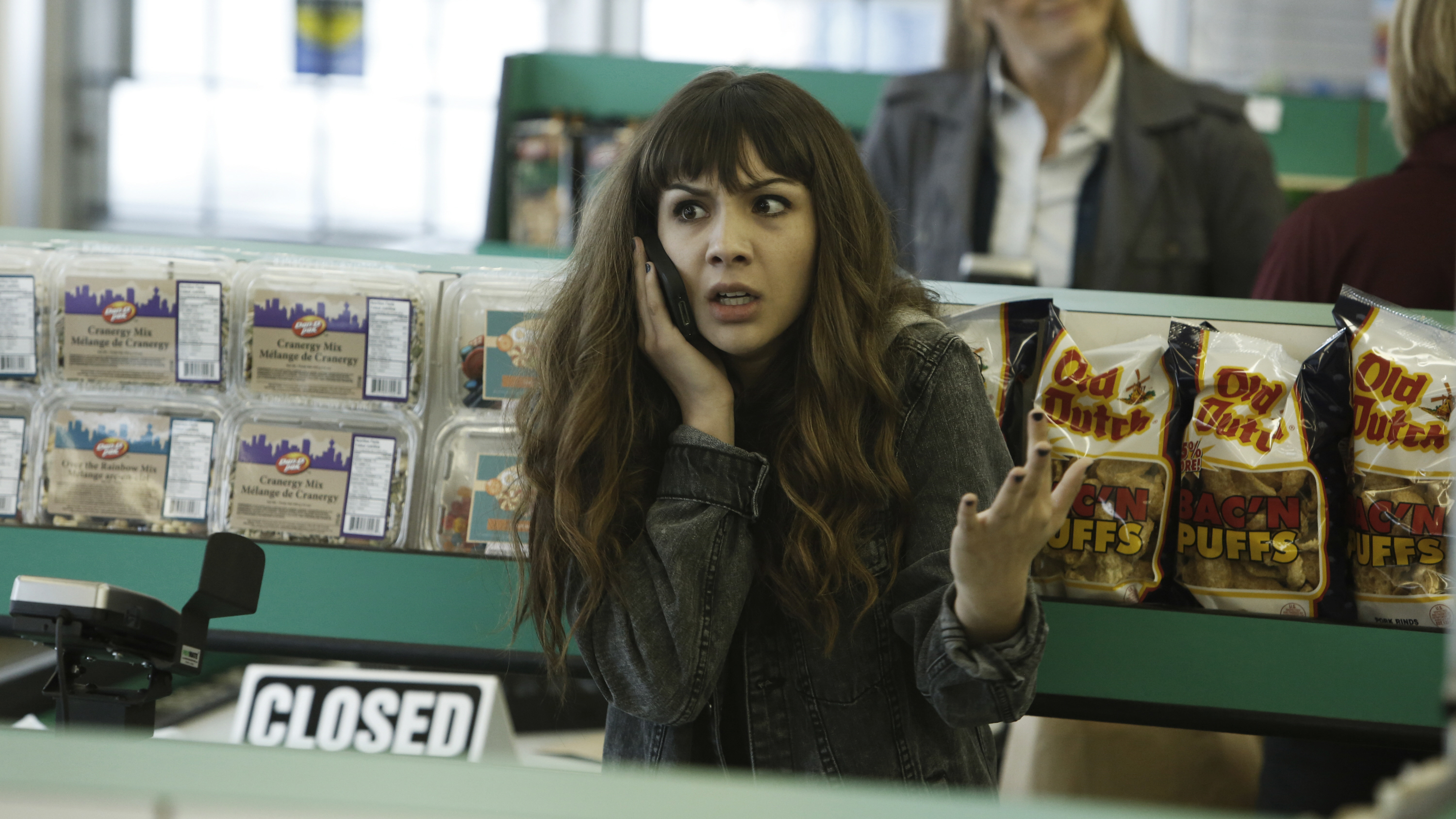 Written and directed alongside Joey Power, Shotgun is a comedy about a young couple who rush into marriage when one of them is diagnosed with cancer. And if that doesn’t necessarily sound like comedy fodder, Marks says it doesn’t go the way you might think it would go.

“[Joey] and I are both neurotic, and we were like: What would happen if we got really sick right now, and how would that escalate our relationships? It’s exploring inequality in relationships, and what happens when you’re so young and you’re with someone but you don’t know if you’re gonna be with them forever,” she explains.

For now, Marks is happy to work on both sides of the camera, but she sees herself eventually transitioning toward more writing and directing. “I don’t have a huge interest in being an aging actress. I’ve seen how harsh people can be, and I don’t really want to feel insecure in auditioning for the rest of my life,” she says. She sites fellow multi-hyphenates Lena Dunham, Greta Gerwig and Tina Fey as sources of inspiration.

When it comes to subject matter both as a writer-director and an actor, Marks is committed to increasing the amount of female-driven narratives out there in Hollywood and the world. “I like to tell stories about women and about the female voice,” she says. “We’ve had the male gaze for so long, and now women like Jill Soloway are talking about the female gaze, and that could not be more in line with exactly the type of projects that I want to do.”