The Australian actor Damon Herriman is probably best known for playing the dimwitted hillbilly Dewey Crowe on FX’s long-running drama Justified. But after this summer, he’ll go down in history as the best actor ever to portray Charles Manson, the so-called hippie-death-cult leader who got several of his minions to slaughter a bunch of Hollywood innocents back in 1969. Herrmian showed up as Charlie in Quentin Tarantino’s Once Upon a Time… in Hollywood and again in the Netflix series Mindhunter. His screen time in Tarantino’s flick is brief — he nods, he smiles, he waves, he ambles, and that’s about it. But in Mindhunter, while facing off against the show’s two FBI profilers, he’s able to inhabit the role much more fully and convincingly. The wee madman is there in Herriman’s display of off-kilter attitude, his sly shuffle, the cascading movement of his hair, his slow-quick voice cadences. It’s there in the way he picks up on agent Bill Tench’s problem with his kid and needles into his psyche about it, and in the startling moment he jumps to his feet, yelling, “I’m Pavlov’s dog, man; I’m anything you want me to be!” arms flapping and slithering, before leaning in to whisper, “How do you feel about those murders? That’s what counts. Happened in your world, not in mine.”

Quentin Tarantino Teases Unseen 'Once Upon a Time... in Hollywood' Footage in Book Trailer

“What Damon really captured was Manson’s instinctual ability to identify and exploit weakness,” says Holt McCallany, who plays Tench. “We could have searched 10 years and never found a better actor to play Manson than him. He just absolutely nailed it. It was uncanny.”

As it happens, before Manson died in 2017, I spent a few days in his company and can attest to the truth of what McCallany says. Watching Herriman onscreen gave me the same uh-oh, oh-boy feeling that I got back in 2013, when Manson stroked my arm, called me jitterbug and leaned into me to say, “Ya know, if I can touch you, I can kill you,” a variation of which also appears in Mindhunter.

In brief, Herriman is totally fierce in the performance — and totally unlike the bespectacled, mild-looking fellow now hanging out in his little one-bedroom West Hollywood pad, view spilling onto a nice pet-project garden of his own curiosity and devising, and giving a pretty good demonstration of how easygoing and non-murderous he really is. He’s wearing workout gear and has just returned from a hike. “It’s funny,” he says. “If you use the term ‘hike’ where I come from, people assume you’ve climbed mountains in bush country or something. Here a hike is a walk up a sealed road. As long as it’s got a slight incline, it’s called a hike. So, well, right, what I did was an American-style hike.” 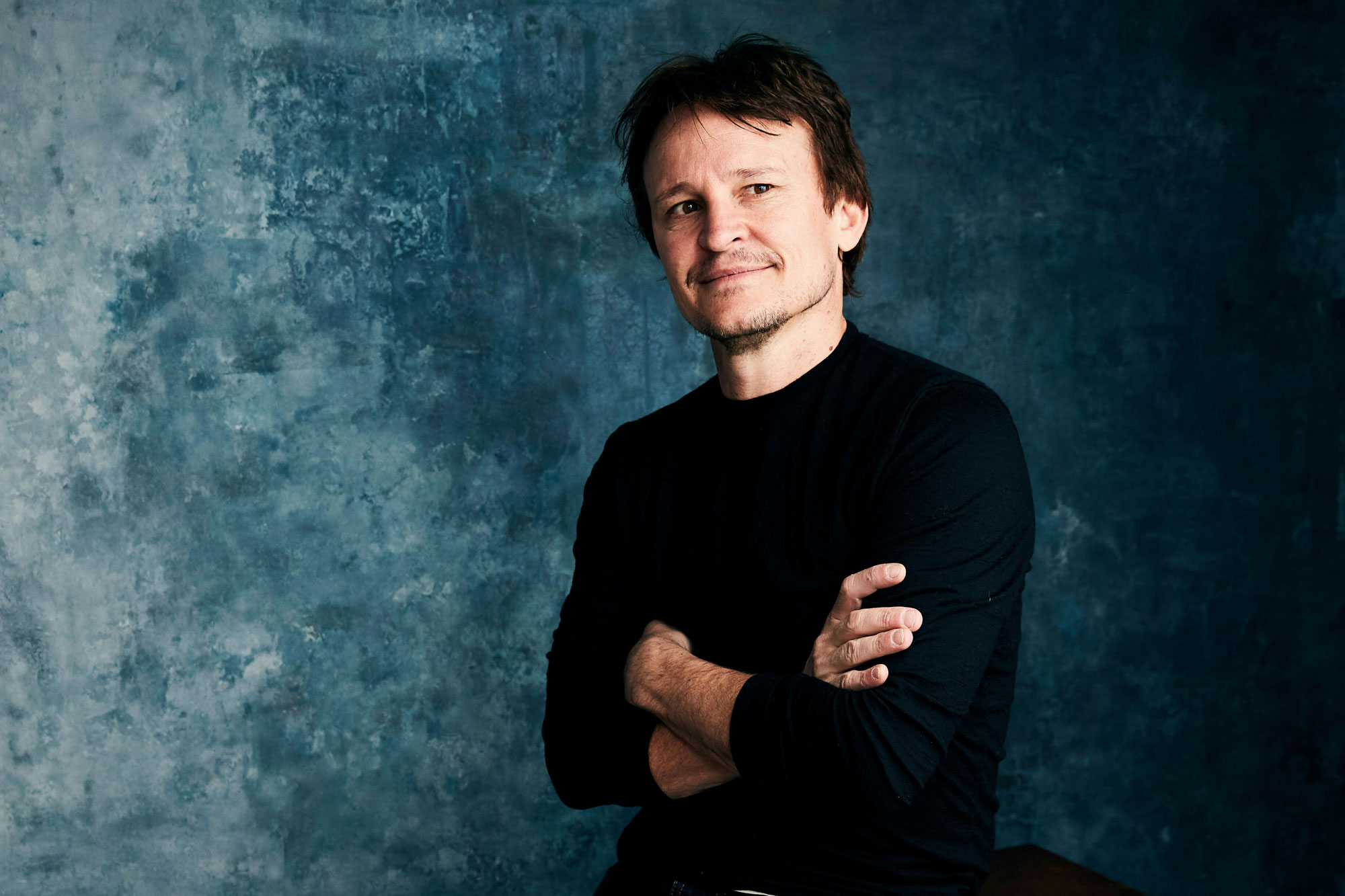 He seems deeply amused by this but soon gets back to the business at hand, having to do with his more Australian-like hike into the wilds of playing Manson. To arrive at his reading on the guy, Herriman spent six months lost in rabbit-hole research. “And I needed that time,” he says. “There’s just so much to take in. I watched, read, and listened to everything I could get my hands on. He didn’t infect me, but I could definitely see why people were mesmerized by him. I mean, if you’re a 5-foot-2 guy in your mid-thirties, and a bunch of tall, beautiful 19-year-old women are hanging on your every word, there’s got to be something magnetic about you. It wouldn’t make any sense otherwise. But, yeah, I couldn’t have researched the guy any more than I did, and I still don’t think I know who he was. I don’t know he knew who he was, either, to some extent.”

Herriman’s path to this country’s most infamous killer has been roundabout. In 2000, he won a green-card lottery in Australia, sold everything he owned, said goodbye to all his friends, and moved to Los Angeles. Next stop: the actor’s life. He was 29. He’d started playing other people when he was eight, both in commercials and on Australian TV shows, stopped during his adolescence, then returned to it when he moved with his father to Sydney at 18 (his parents had split up years before). He didn’t see how he could lose in L.A.

But in the event, he couldn’t get an agent, couldn’t get an audition, felt only loneliness and loss. “It was,” he says, “a horrible experience.” Three months after arriving, he skedaddled back home, figuring his international movie-star days were done before they’d even started, and he’d spend the rest of his career playing “nerdy nice guys.”

“I was constantly hearing, ‘No, Damon’s not right for this,’ if it was a drug dealer or a murderer,” Herriman says. “And it was very frustrating, because I was like, ‘Chuck some dirt on my face and black out a tooth. What’s the big deal?'”

In 2005, however, he got cast playing a Deliverance-style redneck truck driver in a U.S. horror film called House of Wax, which was being shot in Australia. His total screen time, hardly 10 minutes. Even so, he flew to Los Angeles for the premiere and all of a sudden wound up with an agent and a manager and a future. Soon, he was a meth addict in Breaking Bad, a serial killer on Cold Case, and just in general a guest-star staple. Then, in 2010, he started a five-season stint on Justified, living it up as racist doofus Dewey Crowe to such great effect that when co-star Timothy Olyphant got a part in Tarantino’s movie, he suggested the director look at Herriman for Manson, even though he’d already signed on to play Manson on Mindhunter. Tarantino didn’t care. He decided Herriman would be perfect.

Being Dewey Crowe also allowed Herriman to speak some of modern TV’s choicest bits of funny, among them: “I give you a gift, the anus is on you to take care of it, not just give it to any ol’ dickface happens along.” Another character, noting Dewey’s mangling of the word onus, says, “Anus?” Dewey wheels around. “Yeah, you speak English don’t you, dickface?” Timeless. “Playing him,” says Herriman, “has been one of the great joys of my career.”

Next up: No more Manson, that’s for sure. “I feel like maybe I’ve peaked now with two of him. I’m kind of happy to go back to the nice guys with glasses.” To that end, he’s playing good in the upcoming Barry Jenkins miniseries Underground Railroad, for Amazon, and in the series Perpetual Grace, LTD, now streaming on Epix. “Yup, I’m turning over a new leaf,” Herriman says. “I’m just going to steer clear of the crazy, horrible people for a while.” Then again, you never know, because he does them so well. In any event, the anus will be on him.