In 2013, when Chris Cuomo agreed to make the jump to CNN from his longtime post at ABC News, the anchor made one thing clear to his new employer: “I’m confrontational,” Cuomo remembers telling Jeff Zucker, the president of the network. “I will engage. That’s what I do.” And he’s held fast to his promise. Between co-hosting the cable news network’s morning show, New Day, and recently taking on Cuomo Prime Time – which is in its second week – Cuomo has emerged as one of political journalism’s most fearless and unflinching interviewers. He’s brash, brusque and completely disinterested in partisan spin – which is why he’s perhaps best known for his frequent verbal sparring matches with some of Trump’s most vigilant lackeys, like Kellyanne Conway. And as a testy interview last fall with Vermont Senator Bernie Sanders proved, Cuomo doesn’t discriminate along party lines.

Sitting down with Rolling Stone on a recent morning, Cuomo says not holding truth to power would leave him more exasperated than any untruths his guests could ever spout off. “The only reason I do this job is to call bullshit on people and to be a witness to history,” says the 47-year-old son of former New York Governor Mario Cuomo, and brother to the state’s current governor, Andrew Cuomo. “Testing power is something that I am good at. And it’s useful for me to do it. It won’t be popular, and it gets people angry – I understand that. But I’m OK with that because I believe I’m agitating for the right reasons. And plus, not doing it would be unforgivable.” In a 20-minute chat during a rare moment of free time between his shows, Cuomo explained his strategy for conducting interviews, the downside to calling out Trump and why he’s confident he’ll be interviewing the President before year’s end.

Political anchors – especially those on CNN – have long played the role of the centrist mediator. But you’ve taken a different approach: you typically take your guests to task and, frankly, can often get overly aggressive in your line of questioning.
You are rarely hearing my opinion on television. In fact, I am often testing positions that I don’t necessarily disagree with. I am not there to just be a conduit of somebody’s spiel to my audience – the abuse of truths and toxicity of spin requires more. And that’s what we’ve been doing. Politics was easier to cover when people weren’t so blatantly abusive of facts. So you can’t just sit there and take it. Journalists are being forced now to make choices that we don’t usually have to make, especially in the anchor position.

Which is what?
Am I going to be an active check and take the negativity that comes along with that? Or be like, “I can do my job. I can do it straight. I can be fair but I’m not going to really stick my nose in there too much because people are crazy and it’s too mean and it’s to vociferous.” I understand and I respect that choice. I made a different choice.

Is some of that choice fueled by the media having its credibility openly questioned by the president?
Absolutely, there’s no question about that. I mean, the President is trying to paint the media as seditious by definition. It’s a return to the 1790s. But I definitely think you can make a difference now in terms of giving the people trust that power is not unchecked. The mistake in our business, though, is that people confuse relevance with popularity. And there’s an instinct to be liked, especially when you’re on TV. And that’s poisonous for us. Because if you get in the business of being popular either you’re going to lay off in controversial situations, because you don’t want to be seen as a negative agent, or you’re going to go all in on one side and cultivate that audience for yourself. And we are seeing those choices play out in real time in cable television.

On the Fox Newses and MSNBC’s of the world.
People are making the choice to be all in on one side. And unfortunately, while it’s being done in the name of balance and in the name of truth, it’s really just deepening the divide. That’s feeding this move towards the tribal. I think that’s a mistake. 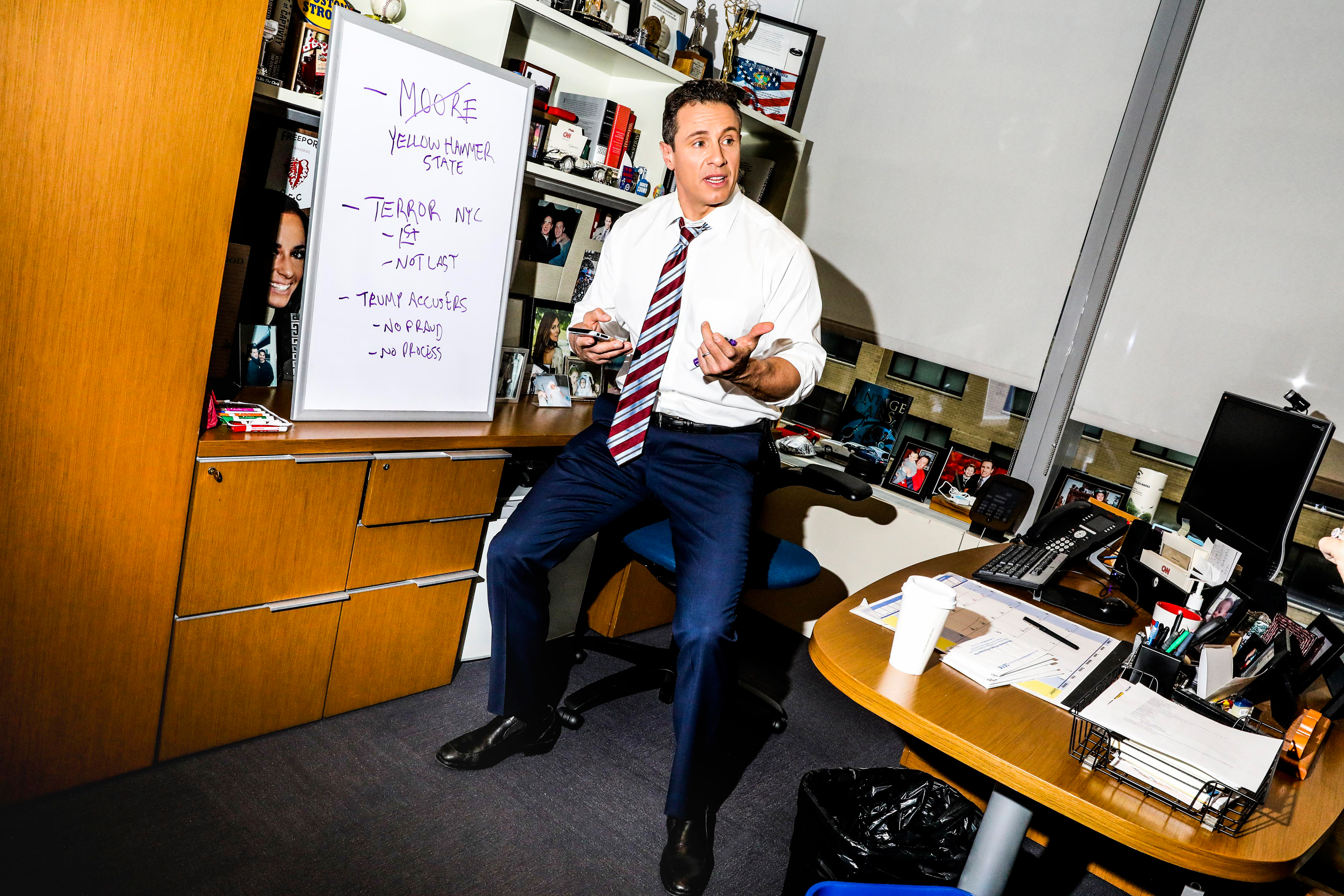 It can seem like CNN often goes out of its way to present both sides, even if it means trotting out some analysts with questionable credentials or, in the case of Jake Tapper’s recent interview with Trump advisor Stephen Miller, someone who is clearly disinterested in being truthful.
It’s a question of perspective and preference. I get why Jake did what he did – and in full disclosure he’s a friend of mine. We worked together for a long time at ABC and he was one of the reasons I came to CNN. So I’m biased. But again, I get why he did what he did. My preference is to engage. Instead of saying “Look, you’re not here to answer my questions so forget it,” I’m going to expose the fact you’re not answering questions by telling you you’re not answering them and being combative about it. But I don’t like the idea of saying “I’m not going to have someone on.” I don’t believe in that. I know it would be popular with a big part of my audience to not have on voices that they don’t like to hear. I get it.

What then compels you to have those types of voices on your show?
Because I’m going to test those voices. You have to be open. Because if you’re not open, brother, you do not grow in terms of your opinion. I’m telling you, I was raised in a house with an amazing intellect and a powerful, strong, convicted voice. But my father spent so much time listening to his adversaries, because that’s how you get stronger in your own position. People have lost sight of that. To be relevant you have to be real. You gotta have both sides on and you gotta test them.

Knowing your combative interview style, I’d have to think some diehard Trump backers might prefer to steer clear of you.
The only people who won’t come on, in my opinion, are not up to the challenge of proving themselves right. The people who are convicted in what they believe, who are confident, who are real, they come on. [Ohio Republican Representative] Jim Jordan hates almost everything I ask him. But he comes on, he’s gracious to me, I’m gracious to him, we get after it. He knows I’m not just there to be a dick. I’m not there to be oppositional. I’m just checking this guy on what I think is fair and right and he knows that. And that’s true of all the Republicans I have on the show.

It seems like some guests come in ready to fight.
And that’s fine. But I think that’s a mistake, because often my disposition is to let you go as long as it makes sense. I’m not there to tell you I don’t like what you’re saying. As long as you’re staying straight with the facts and your arguments make sense it’s going to go fine.

With a president who tweets at a manic, absurdist clip and plays fast and loose with the truth, how responsive do you need to be to his social media diatribes?
I understand why in the beginning people were like “Don’t cover every one of his tweets.” He had an axe to grind that so often was personal; he was just settling scores. But [now that he’s] president I don’t agree with that approach. Because he’s president, de facto everything he says is an official statement from the White House and the U.S. government. And I have always been so eager for a window into what politicians are actually thinking and feeling about things instead of having to get it through some third party. And now I get that in real time. So it’s not about whether to not to cover it, it’s how to cover it. What I try to do with the tweets is call out things when they’re a distraction, call out what’s wrong with it, and see them as an instructive part of the dialogue. And there’s another dynamic that’s new, or at least I’ve never been aware of it before in real time: he watches.

President Trump?
He can say he doesn’t watch CNN all he wants, but you know he’s listening to what you say. But there’s a price for that. He’s an active enemy. He’s certainly willing to call you out and try to insult you and hurt you personally. And while people can laugh it off like, it’s the best thing you can ask for on your resume, you say that when you’re walking with your kids down the street and have Trump people stop you and want to talk to you about things. Now, I’m insulated a little bit from that because of where I live and because of my size.

As in people are physically intimidated by you?
When you’re on television everybody expects you to be the same size. They don’t expect a vanilla gorilla walking around at [6’2,] 225 pounds [laughs]. So they don’t come at me as much. But there’s a price for pushing back on power. And I get why people are slow to want to buy into the compromise. But I just think it’s my best value right now to our audience. 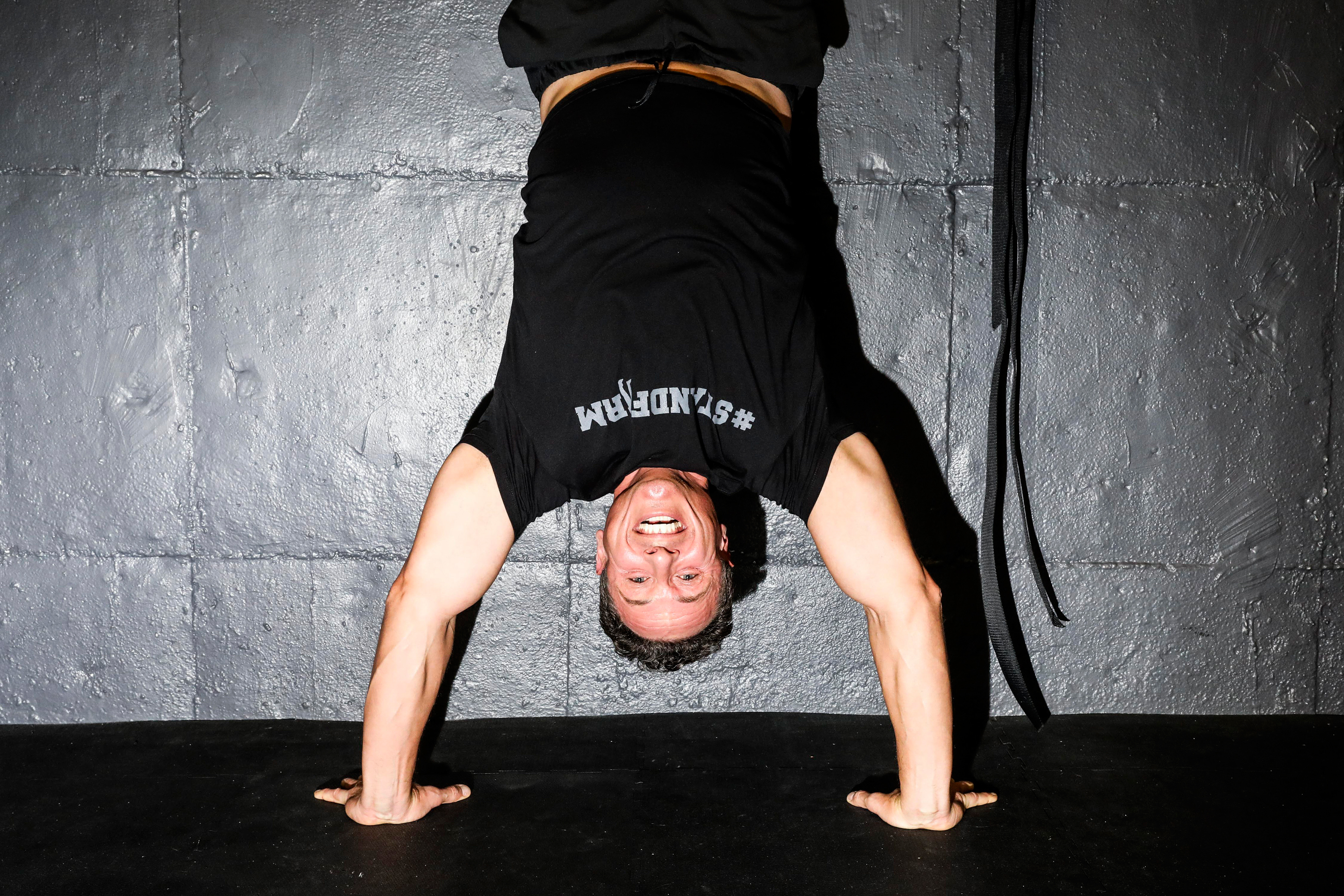 What is your general preparation for an interview with someone you deem “an active enemy” like the president?
I read and study 24/7. I have to know the stuff cold and think constantly about who I’m interviewing, how they’ve used this information before and where the holes in their argument have been. I have to go through it almost prosecutorial in terms of thinking about what their answer is gonna be. One of the comments I get is “How do you do it with a straight face? Why don’t you get angry?” I don’t get angry because it’s not personal to me. And I’m ready for it. I expect what’s going to be said. And when they get personal and insulting to me, that’s when I have a smile on my face. Because I don’t care what you say about me, and I’m used to it, and frankly it’s a sign of weakness. If you’ve got nothing to say but to attack me personally, you’ve got no way to defend your argument anymore. Can I say one other thing?

Of course.
I take my job super seriously, but I don’t take myself seriously at all. Larry King gave me a great piece of advice, and actually Tim Russert – may he rest in peace – had also given it to me before. When I started to get some traction in the business, Timmy said, “You’re loving yourself right now, but be serious about the work. Never worry about how you’re perceived. You can’t control it, and it’s not about you.” That’s always stuck with me.

Though I imagine it’s easier said than done in the social media age.
It is. But you know what, you gotta keep yourself straight and stay humble about it. It’s not about you. I’m not the president. Nobody elected me to represent their interests. I’m an intermediary between power and people. And you’ve gotta keep that straight in your own head.