Chingo Bling’s debut Netflix comedy special They Can’t Deport Us All, which premiered in June, has been a fixture in the streaming service’s “Trending Now” section. The title rings with the truth and fears of Mexicans living in Trump’s America, but the Houston-based performer born Pedro Herrera III coined the slogan years ago, using it as the title of his 2007 rap album and its lead single. Throughout the Aughts, Bling was a colorful and well-established outlier on his city’s hip-hop scene, best known for skewering Mexican stereotypes and Tejano culture on mixtapes like Tamale Season and World Star Wetbacks. But, as he tells Rolling Stone, “Stand-up is my first love,” and he plunged into it in the last few years.

Herrera, who graduated from San Antonio’s Trinity College with a degree in marketing, created the Chingo Bling alter ego as a college-radio DJ in the early Aughts. “The idea was, ‘What if my immigrant cousin got into hip-hop, what would he say and do?'” he says. (Chingo is a Mexican slang term which loosely translates to “fuckload.”) “He was basically a character on my show. Then he became a persona. And then it became my name.”

They Can’t Deport Us All takes the form of a one-hour variety show, mixing Bling’s act with skits (topics include the folk malady “Ojo,” or “Evil Eye,” and cinnamon-haired boxing champ Canelo Alvarez) and stand-up from fellow Mexican-Americans Jesus Sepulveda and Jerry Garcia, plus token white guy Jon Stringer. “In a way, the fact that I didn’t yet have an hour of material was good,” Bling explains. “I was able to give birth to something different.”

With immigration at the forefront of the national conversation, would you say, in a weird way, that this has created more opportunities for entertainers like yourself who have been speaking on it?
Well, we went with that title because it was still the most poignant title we could think of. It still felt sharp. It drew a line in the sand, and straight up says what I’m about. In terms of opportunity, I know politicians have used immigration as a way of getting into the White House. It’s been proven that the subject has swayed so many people, because we’ve been vilified, we’ve been scapegoated. Tons of politicians have used that to hide behind, and to get elected. I’d argue that 99 percent of Latin-descent entertainers don’t even touch the subject. I know America Ferrera has started to. A lot of comedians have bits about growing up Mexican, but I feel like [immigration] is one of those things where people think they might hurt endorsements or it might make them seem too political if they talk about it. People are scared to touch it. I like to consider myself a hip-hop comic, somebody that is going to say something of substance. And that’s what I’m working towards.

When you released the album They Can’t Deport Us All in 2007, you received some threats …
Last time we had the title, there were things we did that made us a little vulnerable to that. We had billboards up in Houston and Dallas. And I’m sure that ticked off a lot of people. We had a taco truck with the logo painted on the side, where you could literally see it right off the freeway, in the parking lot of a flea market. I know it got shot at. It got vandalized, where people said, “Go home,” or, “Yes we can.” They spraypainted over the ‘T’ so it said “They Can Deport Us All.” And it got towed illegally. The tow truck guy said, “They called me and told me to tow it.” We were like, “Well, who?” Because we had permission to be there. We paid the flea market to have this spot. Basically, people got fed up looking at it, and obviously they broke the law doing what they did, but now we are on Netflix and it’s not a tangible thing they can walk up to and grab. 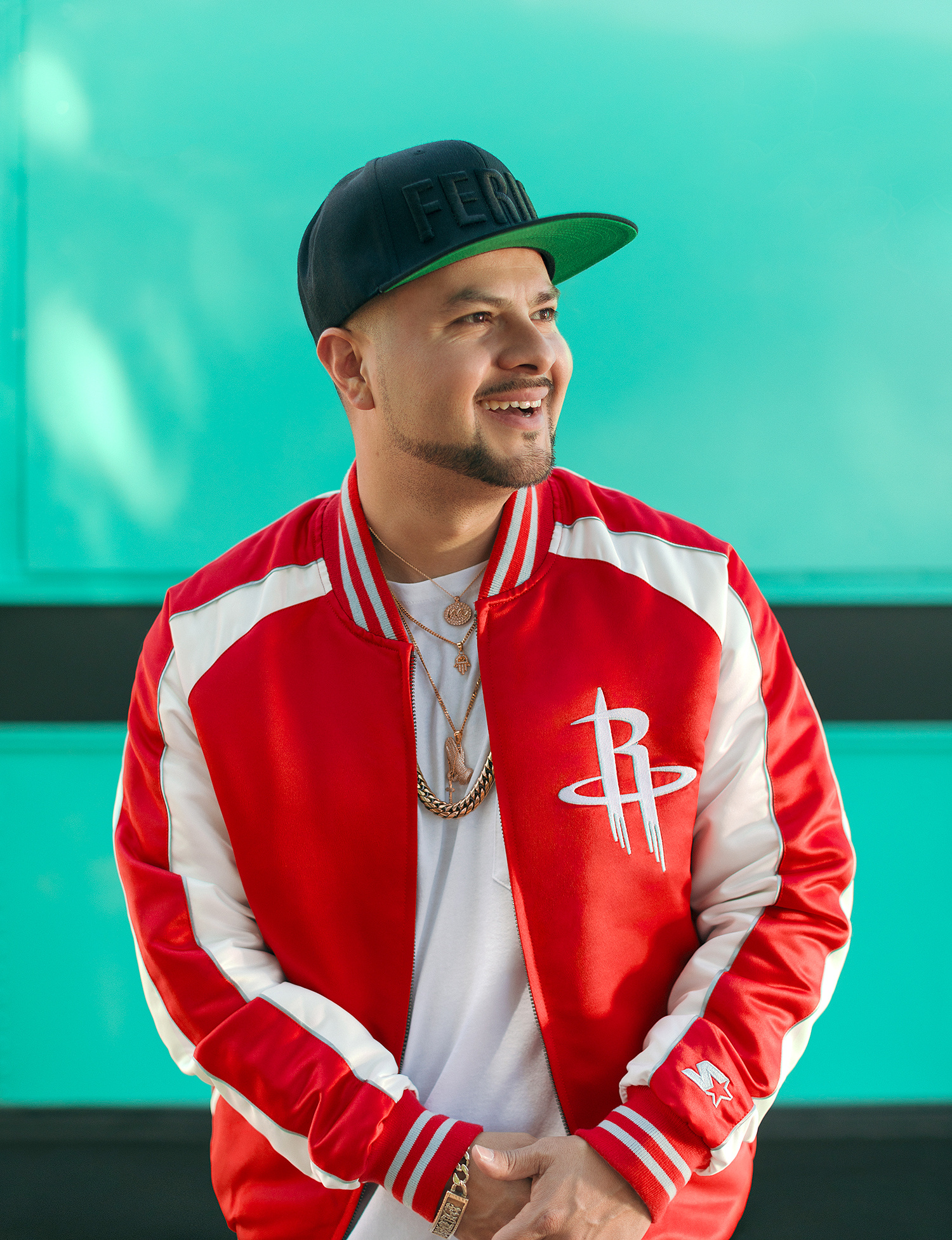 Were you expecting to get some blowback or negative response from this special?
Yes, I was expecting that. Only because I’ve experienced it already. I’ve been there before. And I feel it may still happen. If this title reaches some kind of tipping point where it starts to reach out of my fanbase, then it could become an issue. Ten years ago, they interviewed me on NPR and different places because of the title. A lot of times it wasn’t about the music, which is not bad, but when you’re independent you have to be creative and you just take whatever press you can get. [Laughs.]

There’s a punchline in the special where you say, “They’re legalizing weed, my cousins not so much.” You’re talking about what’s going through your mind at a Border Patrol checkpoint. Was that based on first-hand personal experience?
Yeah, I’ve been through a ton of checkpoints. It always stresses me out. The main thing I wanted to illustrate is the gray area in that whole topic. You have Mexican-Americans of Mexican descent who work for the Border Patrol. I wanted to show the irony. It’s like, ‘Dude, you’re darker than me, with an accent, and you’re asking me for papers.” Not taking anything away from what those guys do – I don’t even know what they’re looking for half the time – but I just found it funny. I get it, but if aliens flew down and just looked at this, it’d [be] like, “Wait a minute, it kind of looks like you’re helping catch your own people.” I’m not trying to critique their job or why they chose that job, it’s just that’s how sticky of a topic that it is. It’s not cut and dry. Just like the Mexican-American experience. There is so many angles to it.

This special has done really well on Netflix.
I think that shows there’s an appetite for what’s been bubbling underneath the radar. I think it also shows that what we think is mainstream really isn’t mainstream. I got into stand-up about two-and-a-half years ago. As soon as we got into the Improv comedy club network, instantly they were blown away because we were selling out these big places and having to add shows. To a traditional thinker, it doesn’t make sense that you’re outselling these folks who you see all the time on TV. Things have changed. Now you have social media, YouTube, and there’s so many options and niches and little subcultures that end up adding up to big numbers. In a way, I’m surprised by the Netflix thing but in a way I am not because it is a continuation of what we’ve seen throughout my career.

Did you make a decision to shift focus from music to stand-up, or was it more of an organic evolution?
Years ago on YouTube, I was able to start showing people that I wasn’t just a one-trick pony, that I wasn’t just one persona. And that I was comfortable with blurring the lines between music [and comedy]. I did an impression of Canelo on YouTube that got a little traction and I started doing more characters. It started priming my audience that he’s not just wrapped up in this music persona. A lot of music people don’t want to be a butt of a joke. 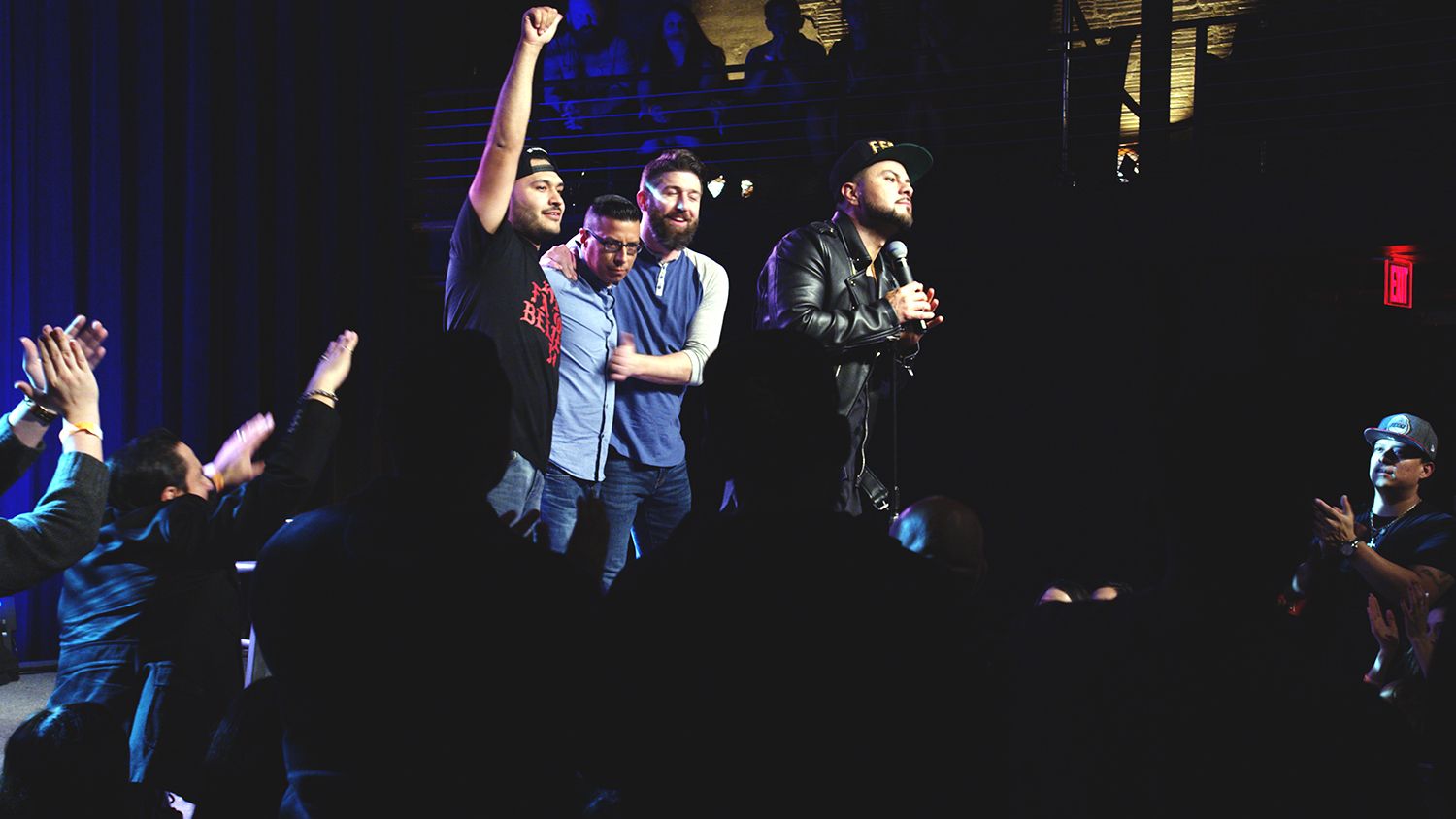 How did you get started in stand-up?
Stand-up is my first love. Eddie Murphy was the first dude where I was like, “Wow, that’s his job. He talks shit for a living.” He was doing it all at such an early age, all at once. To me that was super cool. Later, I started researching Richard Pryor and stuff like that and I was a fan of Martin Lawrence, and a lot of Mexican characters like Chespirito, La Indía. I had no idea on how to ever approach doing stand-up. A few years ago, I had the opportunity to host a stand-up event, and that was a disaster. I bombed several times, but that was the first, and I was like, “Whoa, I gotta leave that alone for a while.” About three years ago, with the safety net of, “The pressure’s not on you,” I did another gig. It wasn’t even a solid 10 [minutes] but it was a way to get comfortable on stage. Where you can’t hide behind a beat, you can’t hide behind backup dancers, you can’t tell people, “Put your hands up, now scream.” You have to induce laughter with stuff that you wrote.

Did you feel opportunities were limited as a comedic rapper?
I would go serious on a lot of tracks, and some people appreciated it, but it just doesn’t really suit me. It was like, “Now you’re going into everyone’s lane.” And I was never a street-cred type of dude. I’m from the hood but I have a college degree, I don’t have a criminal record. Just being an independent artist has its obstacles and challenges. Once you add the layer of being a silly dude who plays around with Mexican slang and references, it could seem like you’re really limiting yourself. But it had it’s own pros. You had your own lane. If you put something out, people know it’s you. To me, that was important. However, there were some folks that tried to bite, where people would confuse their tracks as being mine.

Do you plan to continue releasing music as prolifically as you have in the past, or is comedy now your main focus?
It’s both. I still want to keep one foot in the street, if you will. I want to have all of the branches, the multimedia that we do, feeding each other and tying together. And it helps differentiate me from your traditional comics that just do stand-up. I want to hit people from different angles, and bring something fresh and new to stand-up. We’ve already seen that. Like selling VIP at comedy clubs. For the most part that is unheard of. Most headliners at comedy clubs don’t bring their own [support acts]. My thought was we want to curate it, and ensure that the show is premium from beginning to end. A lot of things we learned from the hip-hop side, we want to bring to the comedy side.