The Red Line, a new drama premiering April 28th on CBS, explores the aftermath of a white cop shooting an unarmed black man in Chicago. Named for the North-South line of the Chicago “L” (or elevated train system), a route that connects two wildly different parts of the city, the show centers on three families — that of the victim, that of the officer and that of an aspiring city politician — as they contend with the fallout. Former ER star Noah Wyle anchors the cast along with Shameless star Noel Fisher and Emayatzy Corinealdi, whose breakout role came in Ava DuVernay’s 2012 film Middle of Nowhere. 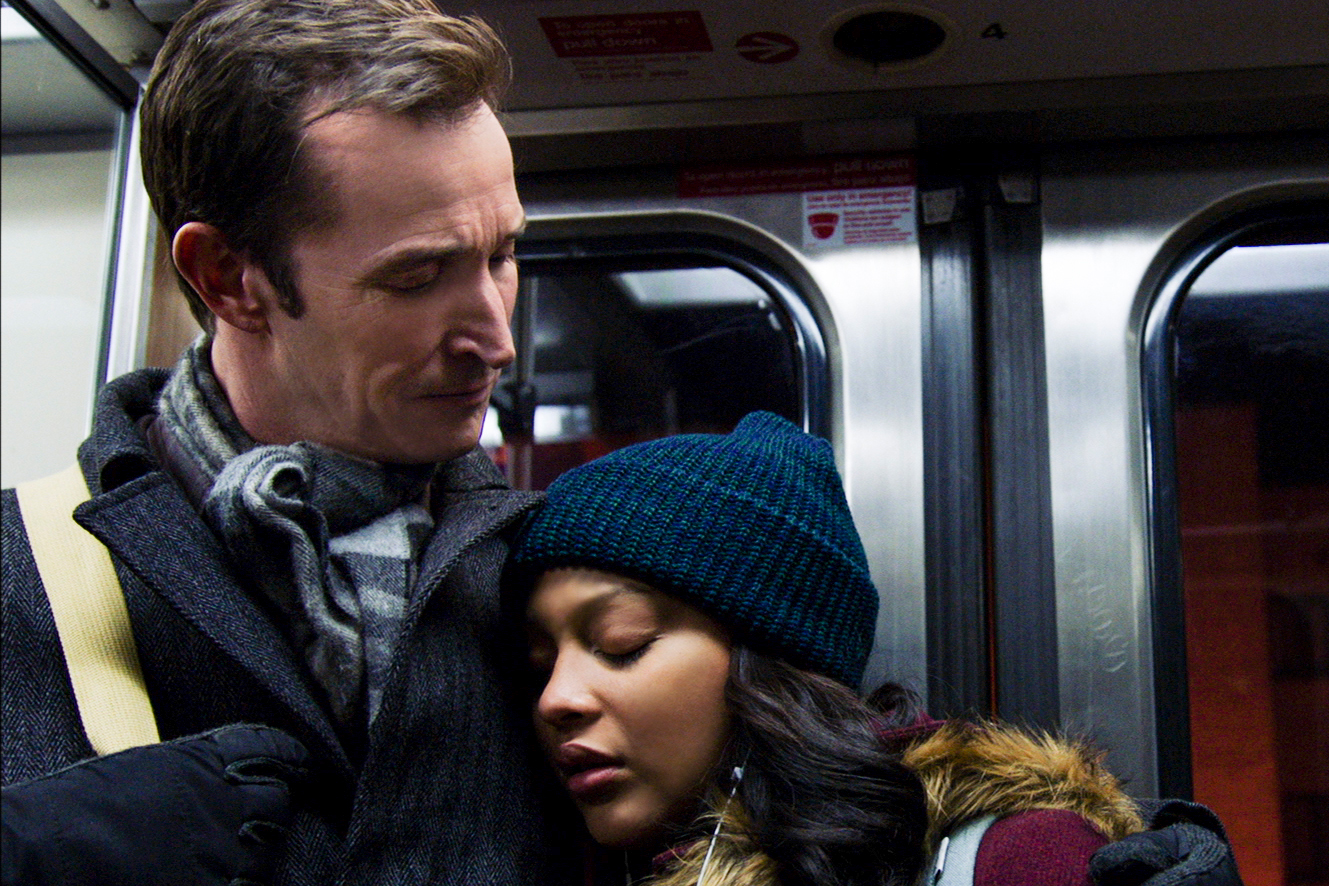 CBS is not necessarily the place you’d expect to find a show centered on African American stories or offering a nuanced perspective on a topic as sensitive and inflammatory as police violence. But DuVernay, who serves as executive producer, says that in this case, the marriage of story and network is perfect. “This series is made for people who may just be entering into thinking about these issues,” she says. “It has emotional value for folks that are more passionate about them, but it’s also a primer for everyone to start thinking about how all of our lives intersect around issues of race and police.”

DuVernay spoke exclusively with Rolling Stone about how the show came together.

How did you become involved with The Red Line?
Warner Bros. said they had a piece they thought was up my alley in terms of dealing with narratives woven around criminal justice. I read the script to the first episode and thought it was really beautifully done. It had a story that touched points across race, gender and sexual identity. I wanted to support it, so I came on board with [co-executive producer] Greg Berlanti to help get it on air.

The show was created and written by first-time showrunners Caitlin Parrish and Erica Weiss, two white women from Chicago. What about their storytelling appealed to you?
They went about it with a real passion for the material. I get every black history script, every, you know, civil-rights icon, scripts about trauma of black people. But this was trying to blossom out and use that trauma to instigate a story not just about hope — because I think “hope” in isolation is kind of a lazy word — but about work ethic. How to work through the trauma. How it echoes. How it continues for days, months, years, generations.

Do you see more of this kind of evolution of story coming forth not just from directors like you and Barry Jenkins and Spike Lee but from Hollywood more broadly?
Not really. But when we come across it, I think it’s important to support it and to be evolved enough to know that one show doesn’t have to be for everybody, but that it could have value for somebody.

The series illustrates that there is a power in unity, in knowing that we’re all connected. But it also shows a true diversity in human beings — you see different kinds of black people, different kinds of white people.
That’s one of the things that attracted me, the array of people in a dramatic scene that emanates from the loss of black lives, from a sister who is running for office and her working-class husband, to a gay white man and his adopted black daughter, to a white cop who lives in a world that’s very homogenous.

And the cop is never let off the hook or treated with kid gloves for what he’s done. There’s a normal range of human emotions toward him, from him and around him. People around him are like, “You didn’t do anything wrong,” you know? [The storytellers] are trying to get into the nuance of what it is when you take another life and the apparatus around an officer who’s involved in a shooting like that, the protection that goes up around them. 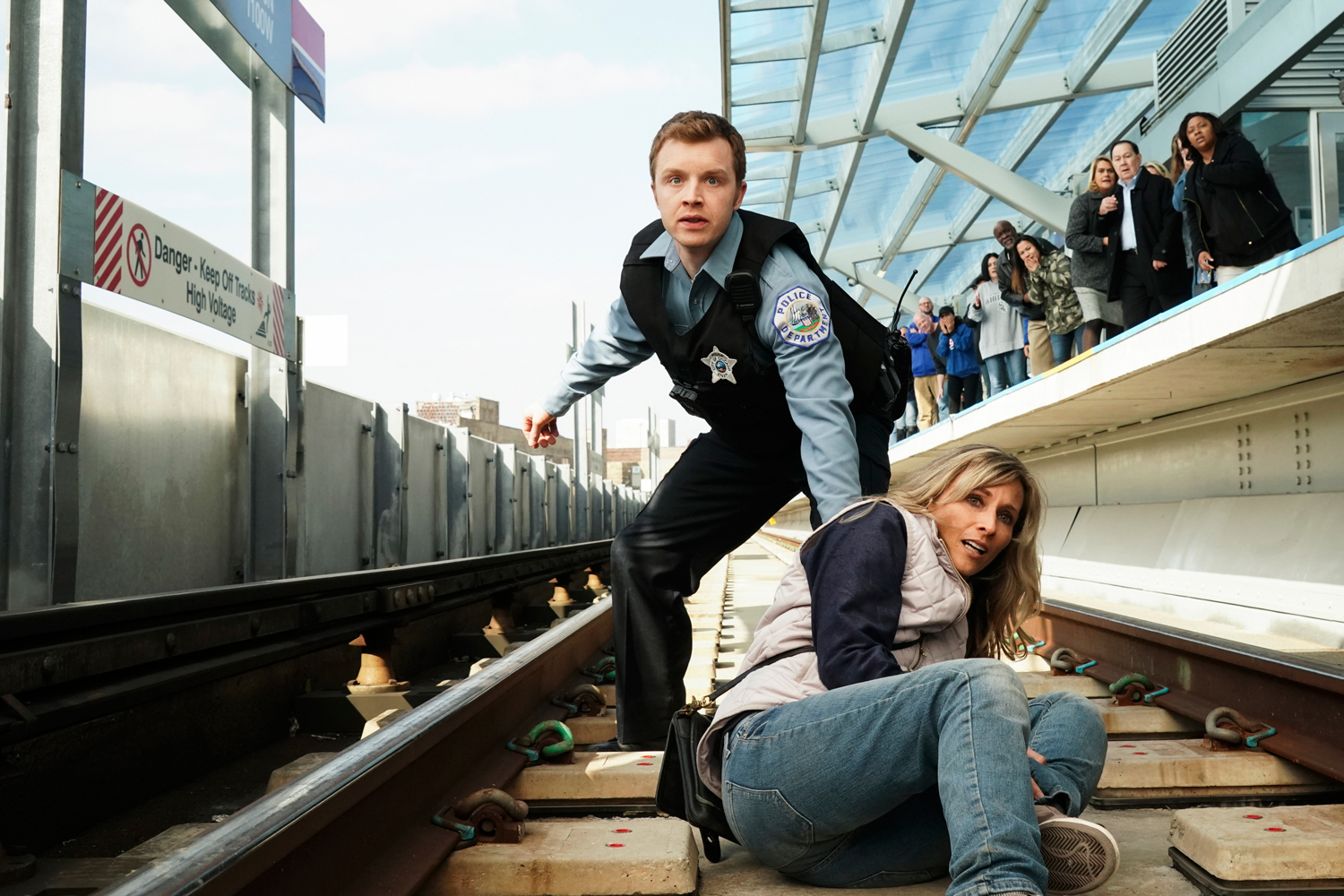 Aliyah Royale, who plays Jira, the teenage daughter of the victim, is a revelation. What did you think of her work?
I think we see the rise of a very formidable actor. She is really muscular in this performance. You can see from the really intense, emotional scenes that she’s able to carry a character with so little experience. She’s actually a designer — she was on the kids’ version of Project Runway. She’s a really talented young sister.

I’m hoping that she gets noticed, along with Emayatzy Corinealdi. They are really strong performances by two black actresses that aren’t household names but who are doing incredible work. And the fact that there’s a certain anonymity about them, that they feel fresh for a lot of people who might tune in, allows people to really drop into the performances and the stories they’re telling.

Chicago is often seen as essentially an avatar for urban violence. How does this show illuminate the city and make it a character in a way?
I think Caitlin and Erica weren’t trying to disprove or prove anything about Chicago. They’re from there, so they feel the place very deeply. Their level of detail is very intimate — knowing the Red Line, knowing the streets, knowing the neighborhoods.

What kind of role did you play as executive producer?
We were there as a sounding board for the creators. I brought in several L.A.-based families of police shootings to the writer’s room, so that the writers were able to look someone in the face who’s lost a loved one from police aggression and not be dealing with it out of context or in the abstract. I brought in Melina Abdullah as well, a professor at Cal State L.A. and the leader of Black Lives Matter in Los Angeles, to make sure they had a resource as they were writing the script.

You were shooting your Netflix miniseries When They See Us, about the Central Park Five, at the same time that Red Line was shooting. How did you balance both projects?
An executive with my production company would attend the editing, the sound mixes, all those things [on The Red Line]. I would read the outline, give notes, read the script, give notes, read the re-draft, give notes, look at dailies and then give notes from the cut.

I also made sure people I trusted were on site: my cinematographer, a black woman, Kira Kelly, who shoots [DuVernay’s OWN Network series] Queen Sugar, is the director of photography for this show. My great friends, black filmmakers Victoria Mahoney and Matthew Cherry — Victoria directed the pilot; Matthew, who is from Chicago, directed an episode. My sister Aurora Guerrero, who has also done Queen Sugar, directed an episode. I just tried to get people that I knew had muscles around issues like this to insert their voices into the story through cinematography, through direction, to hold the center of it. Noah Wyle was also just a beautiful person to work with, really an ally who wanted to tell the story as truthfully as he could. He put a lot of careful consideration into it and took it very seriously.

Why shepherd someone else’s version of this story instead of telling it yourself?
This was different than what I would write, as a black woman from Compton, around issues of police aggression and even political hierarchy. But I think it’s important to show different perspectives on these issues. I want to encourage other creators to be thinking about black life, black death and black politics and how that relates to white life, white death and white politics, and to really know that there is that delineation in this country — not just at this junction, but since the beginning. Until you start to look at those lines, it doesn’t change and there’s no understanding.