Among the running gags of Disney+’s new Marvel series She-Hulk: Attorney At Law is that its title character — a.k.a. Jennifer Walters, cousin to Mark Ruffalo’s Hulk, who becomes big and green after their blood accidentally intermingles in a car accident — hates her own nickname.

“It’s so dumb!” she complains. “I can’t even exist without being a derivative of the Hulk.”

The comic-book version of She-Hulk has rarely had to worry about this. Despite the green skin and superstrength, she has occupied a relatively unique space within the Marvel universe. She is a Hulk who retains her own personality even when powered up(*). She is a lawyer whose specialty is cases involving other superheroes. Where most of her peers tend to treat their heroic identities as necessary evils they’d rather do without, she loves being the stronger, more confident, and more glamorous She-Hulk, and resents having to occasionally turn back to normal. And most importantly, she has largely been written as a comedy-forward character in what’s long been a very dark and angst-ridden medium, breaking the fourth wall to address her readers and acknowledge that she’s in a comic book years and years before Deadpool made that his gimmick.

(*) Periodically, some writer will get too cute and make her just as savage and dumb as her cousin. It’s never a good idea, and she eventually reverts to her intelligent, wise-cracking self.

Though She-Hulk: Attorney at Law begins as Jennifer (played by Orphan Black Emmy winner Tatiana Maslany) is just starting to Hulk out in public, the series wants to carve out a similar space for itself within the MCU. It is a half-hour comedy — not a commentary on sitcoms, like the early episodes of WandaVision, but the real deal, trying to be Ally McBeal with occasional fight scenes, or a tamer Fleabag(*), far more than it wants to be the next Falcon and the Winter Soldier. And like She-Hulk comics so often have — particularly the runs by Dan Slott and John Byrne that provide much of inspiration for this show’s head writer Jessica Gao (Rick and Morty) and chief director Kat Coiro (Girls5Eva) — it wants to comment early and often on just how weird it must be to live in a world filled with superheroes.

How to Watch 'She-Hulk: Attorney at Law' on Disney+: Stream the Marvel Show Online

'Spider-Man: No Way Home' Is Streaming Online -- Here's Where You Can Watch It

(*) It’s still raunchier than the mostly sexless MCU, though, including Jennifer’s obsession with whether Captain America was a virgin.

The results are mixed but mostly positive, though Attorney at Law has a harder time distinguishing itself in live action than its heroine has on the page, largely because of the difference between the MCU in 2022 and Marvel Comics in the mid-to-late Eighties, when She-Hulk first started to get silly. 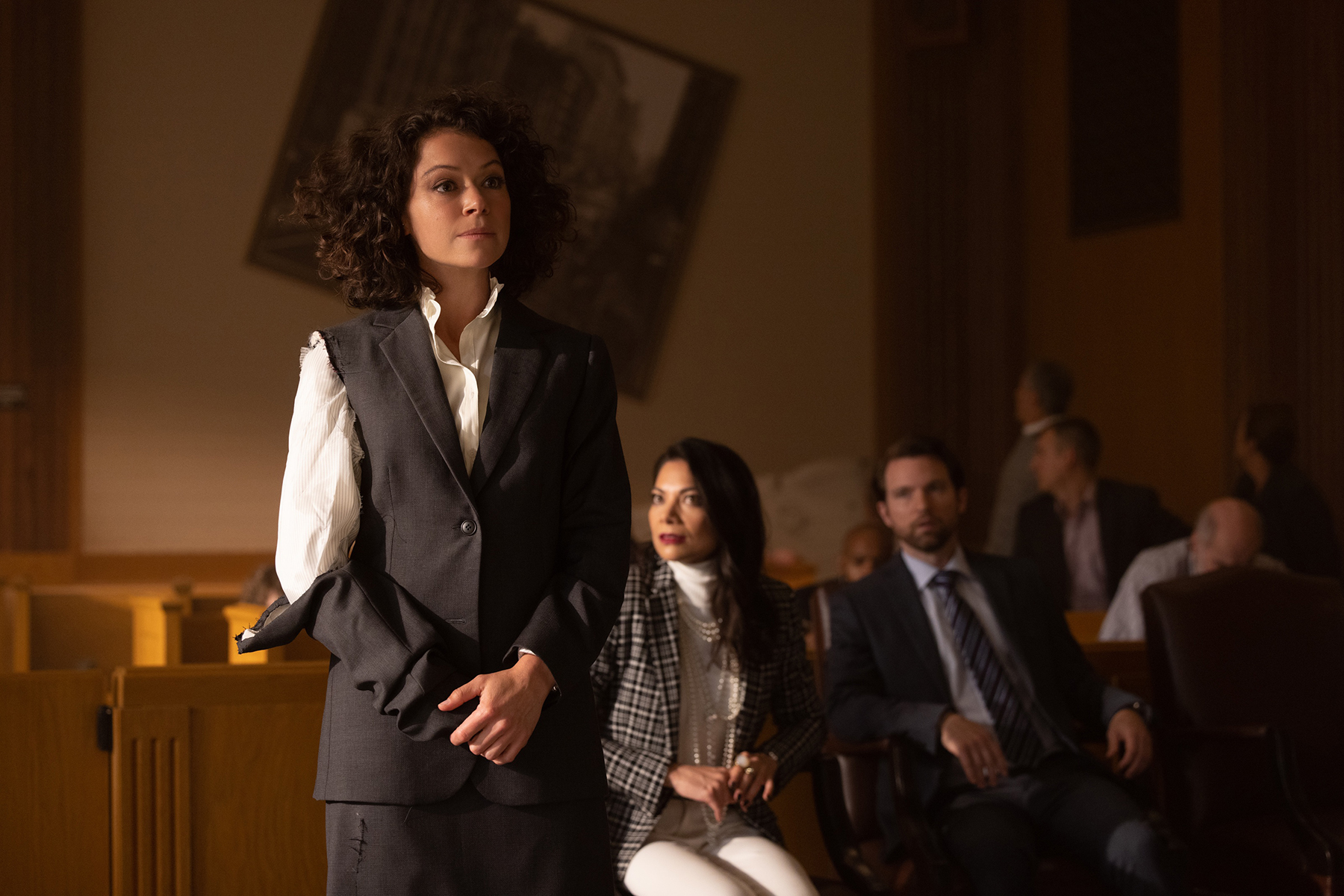 The show takes most of its premise from Slott’s mid-2000s run, where Jennifer was hired by a firm opening up a new superhuman law division, with one catch: To Jennifer’s dismay, the head of the firm was only interested in employing her petite human self, not her swole emerald alter ego. Because the TV show’s Jennifer is new to punching through walls and such, Gao and company flip this dynamic, so that she is mortified whenever anyone — including her new boss — expresses a preference for her jade giantess version over plain ol’ Jen.

It’s a character arc better suited to an origin story — and one likely to conclude with this Jennifer also recognizing that being She-Hulk is something to celebrate — but Attorney at Law loses some inherent fun in the shift. Just as challenging is that even though the MCU has been around for 14 years, it’s still drastically less populated with superheroes, supervillains, and just plain weirdness than a comic-book universe where dozens of different titles have been published every month for decades on end. The Slott comic got to play with an enormous toy box, from famous characters like Spider-Man (who sued J. Jonah Jameson for defamation of character) to obscure ones like reformed robot the Awesome Android and time-traveling Western hero Two-Gun Kid. There’s just not nearly as much of that for the show to work with (and some of the big guns like Spidey are off-limits for contractual reasons), so it has to lean on an extended Ruffalo appearance in the premiere, and bring Benedict Wong’s sorcerer supreme Wong in for multiple episodes. And there are a handful of new super-types introduced in the early installments, notably Jameela Jamil as Titania, a superpowered influencer who very much dislikes our heroine. (The Good Place alum appears only briefly in the episodes sent to critics.)

But the biggest obstacle is that the MCU is already much jokier than Marvel’s comics were when the Byrne and Slott runs happened, so the contrast isn’t nearly as strong. Benedict Wong has basically been giving a comic relief performance in every appearance after the first Dr. Strange film, so while he fits in well here, it also doesn’t feel that surprising. (There’s more of a contrast with Tim Roth, reprising his role as Emil Blonsky, a.k.a. the Abomination, from 2008’s The Incredible Hulk, and Roth’s facility with goofiness serves the show well here. But how many MCU fans have strong memories of that movie?) Much of the humor — like Jennifer’s father (Mark Linn-Baker from Perfect Strangers) taking advantage of her new abilities to get heavy lifting done around the house —  is softer than what you find in the more overtly ridiculous MCU films like Thor: Ragnarok or Guardians of the Galaxy. It takes until the fourth episode — which features a terrific guest performance by Patty Guggenheim as a drunken victim of magic gone awry, as well as a subplot about Jennifer exploring dating apps in both of her identities — before the show starts feeling consistently funny.

At the same time, Attorney at Law is really sharp in spinning jokes out of the sexism Jennifer has to deal with whether she’s tall or small. When Ruffalo’s Bruce Banner explains that his Hulk triggers are anger and fear, Jennifer shrugs and says, “That’s, like, the baseline of any woman existing.” Maslany got a lot of experience on Orphan Black playing different versions of the same character and navigating some broad comedy territory. She’s very good here, even if the CGI used to turn her into She-Hulk just makes her look like a cheap cartoon character whenever she’s sharing the frame with a flesh-and-blood actor(*).

(*) It’s a pitfall of having a live-action character who is in Hulk form so much of the time, whereas Ruffalo, Edward Norton, and Eric Bana have all mostly appeared as Banner in their films, with only intermittent appearances of the big, inarticulate guy. Ruffalo is in Smart Hulk mode here, and he looks more convincing than Maslany does, but the digital effects team no doubt has pre-existing material from the production of Avengers: Endgame, rather than having to start from scratch like they do with Maslany.

When Wong is about to turn up for the first time, Jennifer admits she’s worried that She-Hulk: Attorney at Law may be at risk of turning into “one of those Cameo of the Week shows,” and asks us to “Just remember whose show this actually is.” This can be tough with any project in a heavily interconnected fictional universe like the MCU, where each project exists on some level to set up the next one, and the next one, and the next one. Ideally, a show billed as Marvel’s first out-and-out comedy would be notably funnier than, say, Hawkeye. But the self-aware sensibility and Maslany’s performance help both She-Hulk and the series named for her carve their own place within the large and formulaic MCU apparatus.