The Sopranos has long been considered one of the greatest TV shows ever made, although we’re a bit biased. Where would we be without Tony, Carmela, Paulie Walnuts and the story’s glorious love letter to all things New Jerseyian? With 21 Primetime Emmy Awards and five Golden Globes, 86 episodes, and six seasons under its belt (well, maybe seven, it’s debatable), there’s never been a better time to join the family and catch up.

That’s especially true since the new trailer for the upcoming Sopranos prequel movie, The Many Saints of Newark, recently dropped online. The film, which is set to explore how a young Tony Soprano entered the family business opens October 1st, with availability to stream same-day on HBO Max.

Before you watch the prequel, take a deep dive into the worlds of warring Italian-American criminal families, their emotional turmoil, and that oh-so-talked about ending scene.

Here’s everything you need to know about streaming The Sopranos series in case you’re one of the few people who haven’t watched it yet, and where you can watch the whole show for free. (Note: we do have a guide to the 10 best Sopranos episodes if you don’t know where to start.)

How to Watch The Sopranos on HBO Max

If you’re already signed up with an HBO Max plan, you can watch the every season of The Sopranos, including the upcoming The Many Saints of New York, for free. Don’t currently have a subscription to the streamer? You can sign up for a monthly subscription starting at just $9.99 (HBO Max’s ad-supported tier.)

How to Watch 'House of the Dragon': Stream the 'Game of Thrones' Prequel Online

How to Watch The Sopranos Online Free

This deal gives you a 7-day free trial to Hulu with HBO Max so you can stream everything on both Hulu and HBO Max, including the complete series of The Sopranos, as well as new films like The Many Saints of Newark that you’ll only find on HBO Max the same day they premiere in theaters.

A subscription will run you $14.99 each month, after the Hulu with HBO Max free trial expires. On its own, Hulu subscriptions start at $5.99 or $11.99 (with No Ads). An HBO Max subscription costs $9.99 a month, so it’s definitely worth it to go with the bundle plan if you want the better deal, and it’s currently the only way to get a free trial of HBO Max so you can test it out for yourself.

Want another way to watch The Sopranos free on HBO Max? If you’re signed up for certain AT&T Unlimited packages, they’ll include a free subscription to HBO Max (see those plan details here).

How to Watch The Sopranos Without an HBO Max Subscription

Besides HBO Max, your best bet for watching the entire iconic TV series is by purchasing it on Blu-ray or DVD with this collection. You’ll have access to any episode in the series at any time, even if you don’t have WiFi or don’t want to pay for a monthly subscription to a streamer. 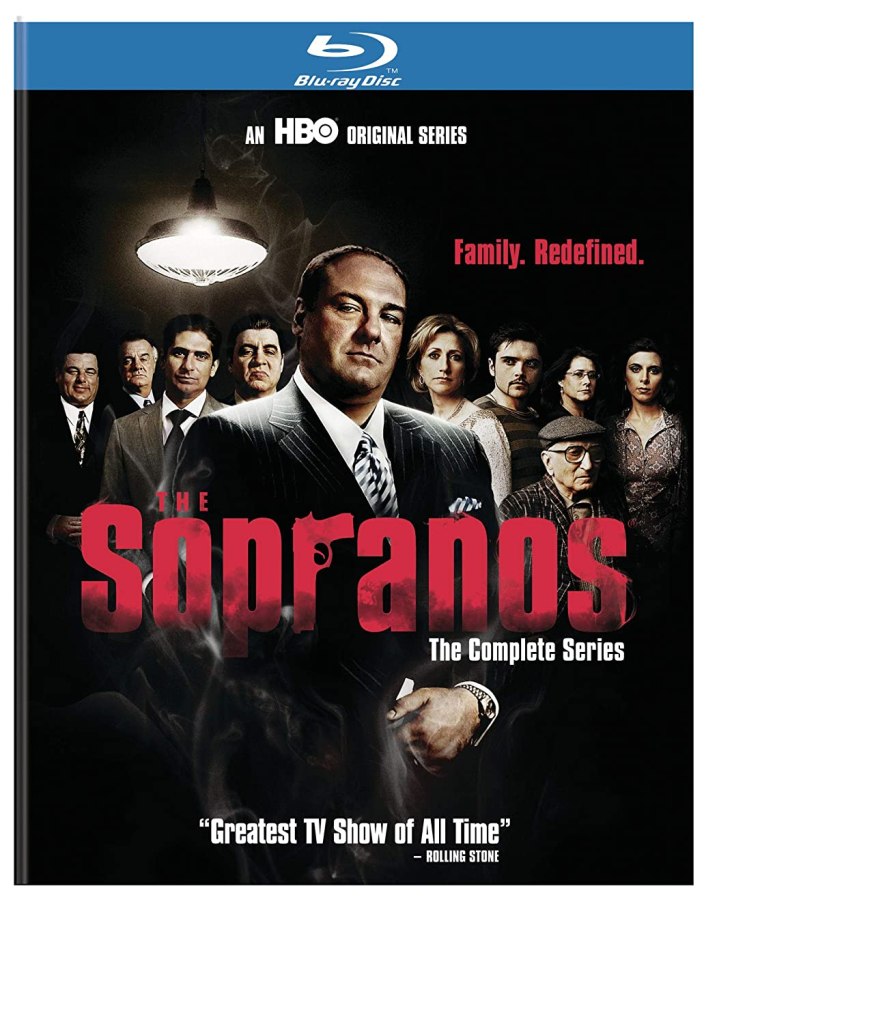 This Blu-ray box set gets you all all six The Sopranos seasons, plus bonus behind-the scenes content, interview with creator David Chase, audio commentaries from cast and crew, and featurettes.

If you have no clue where you’d even play a DVD or Blu-ray these days, you can still stream all the classic The Soprano episodes if you have an Amazon Prime account with Prime Video. You can buy each season on Prime for $24.99 each, or you can rent specific episodes for $2.99 a piece.

Watching The Sopranos on Prime is also a good option if you’ve never seen the show before and want to check it out episode by episode instead of diving head-first into binge-watching the whole series. Once the seasons are downloaded, they’re yours to keep—you can watch them any time you want, with the ability to stream The Sopranos online, on your TV or computer.

Is There a Sopranos Book Available Online?

The answer: yes! While The Sopranos isn’t based on an original book series the same way that The Godfather was, authors Alan Sepinwall and Matt Zoller Seitz (TV critics for Tony Soprano’s hometown paper, New Jersey’s The Star-Ledger) wrote one of the first deep-dives on the series. 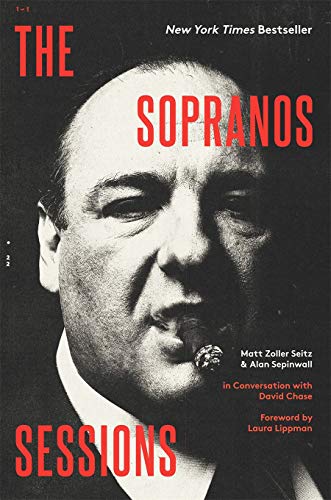 The Sopranos Sessions features essays on every episode and a new series of interviews with creator David Chase. It’s a must-read for any fan of the original series, or those who want to brush up on their Sopranos facts before the new movie premieres.