We’re still a few days away from actual Halloween but you can watch one of the most-anticipated Halloween horror movies online for free right now. Halloween Kills, the latest slasher flick from the Halloween franchise, is now playing in theaters and streaming on PeacockTV.com.

Halloween Kills, the sequel to 2018’s Halloween and the 12th installment in the overall Halloween franchise hit cinemas on Friday, October 15th and is playing nationwide in most major theater chains. You can see showtimes and tickets here.

Similar to Marvel’s Black Widow, which was released simultaneously in theaters and on Disney+, Halloween Kills has a hybrid release, with the film premiering in physical theaters and also streaming online on NBCUniversal’s Peacock.

How to Stream Halloween Kills Online

If you want to watch Halloween Kills online, you’ll need to sign up for NBCUniversal’s new streaming service, Peacock. Peacock is the only place to watch the 2021 Halloween sequel online for now — Halloween Kills is not available on iTunes or Amazon and not streaming anywhere else for now.

Sign up for Peacock here to get instant access to watch Halloween Kills online and on-demand as many times as you want.

Don’t want to commit to a subscription just yet? There is a hack to stream Halloween Kills online free: just sign up for Peacock Premium’s free trial, which gets you a week of free access to the streaming service.

Get the Peacock free trial here and use it to watch Halloween Kills online free for seven days. After that, you can continue on with a monthly plan or simply cancel.

When Does Halloween Kills Leave Peacock?

Universal Pictures’ deal with Peacock gives the streaming service a two-month exclusive on the 2021 slasher film. That means you’ll be able to stream Halloween Kills on Peacock for 60 days (beginning October 15th).

Halloween Kills will leave Peacock on December 14th, though it’s expected to eventually return to the streamer or show up on another streaming service at a later date.

Halloween Kills sees the return of Jamie Lee Curtis as Laurie Strode, who managed to survive Michael Myers’ killing spree in the original 1978 film, though Myers is still terrorizing the town in the new sequel. The new film also featuers a cameo from Real Housewives of Beverly Hills star, Kyle Richards, who returns as Lindsey Wallace, one of the kids Laurie babysat in the first Halloween film.

The rest of the Halloween Kills cast includes Judy Greer, Andi Matichak, Will Patton, and Anthony Michael Hall, with James Jude Courtney and Nick Castle as Michael Meyers / The Shape.

Halloween Kills has a run time of 105 minutes and is rated R for “strong bloody violence throughout, grisly images, and language.” This is a Halloween horror slasher flick, after all.

Per the Peacock plot description: “An injured Laurie Strode inspires a vigilante mob to hunt down unstoppable killer Michael Myers and end his reign of terror once and for all.”

How to Watch the Halloween Movies Online

Halloween Kills is the 12th installment in the Halloween franchise, which began in 1978 with the John Carpenter-directed Halloween (watch it here). Eleven other movies have since been released, including two Rob Zombie-directed sequels (watch them here). 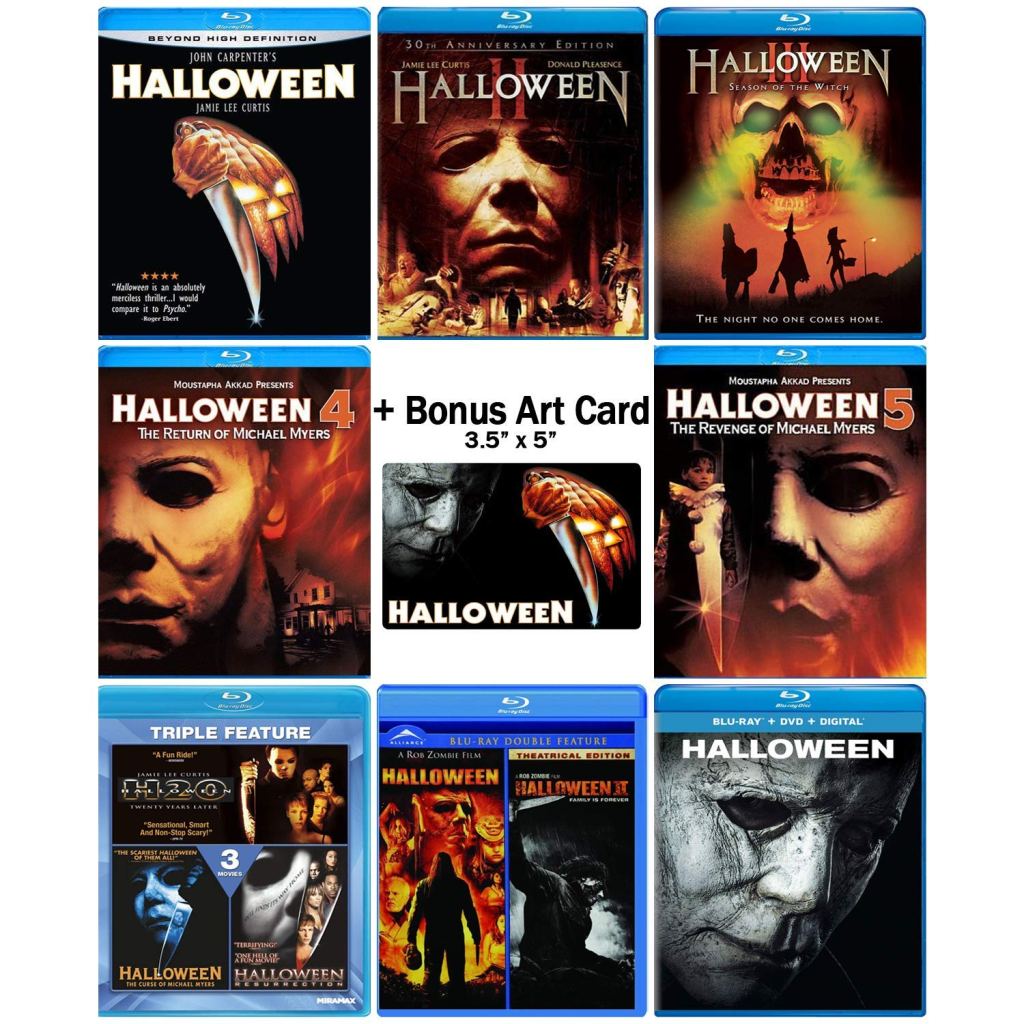 If you want to watch all the other movies in the Halloween franchise, your best bet is Amazon, which has the 2018 Halloween streaming online (and available on DVD/Blu-ray), along with all of the other Halloween films available on individual DVD/Blu-ray or as part of collector’s edition sets.