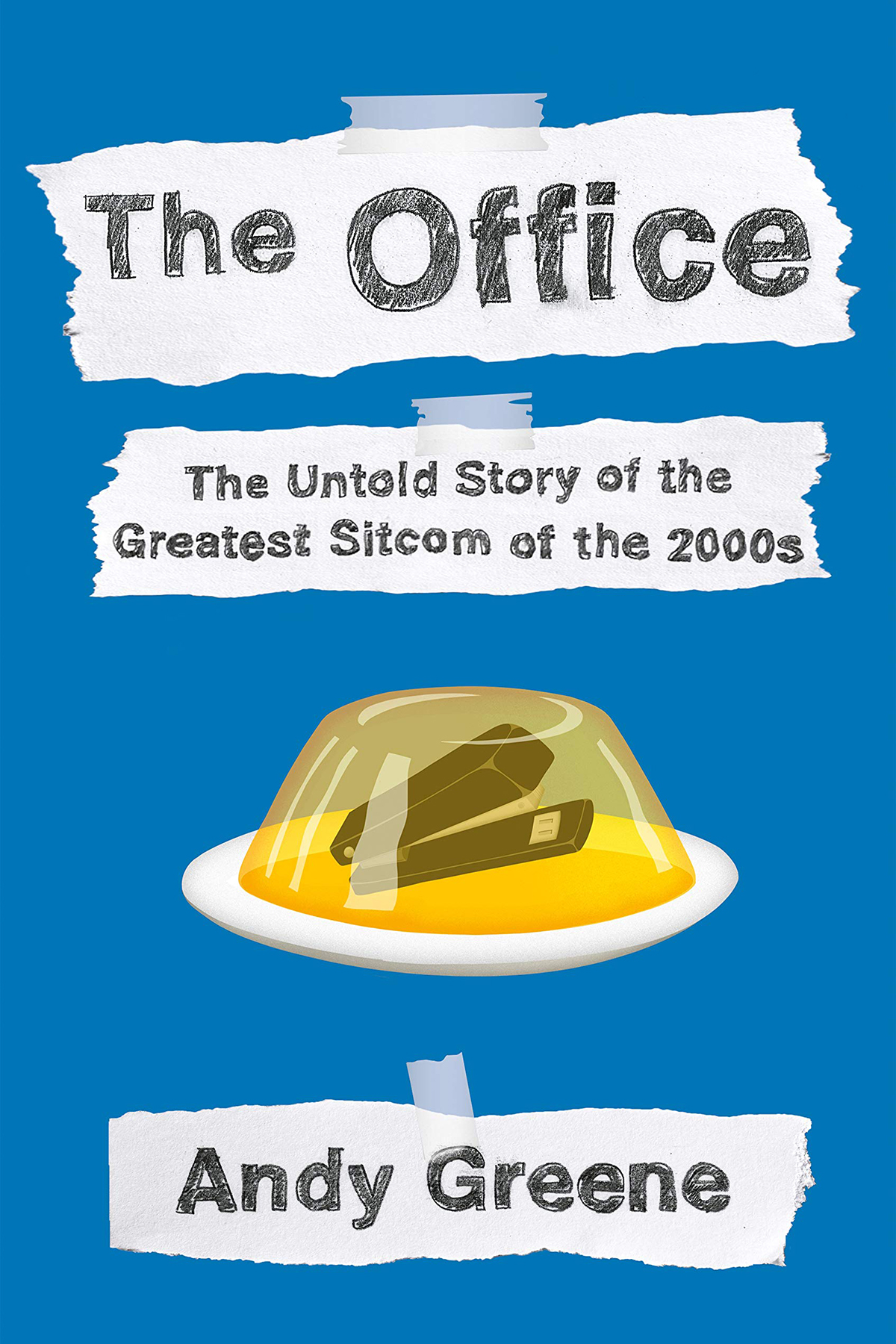 The vast majority of the book focuses on the American Office, and in this exclusive excerpt from the 25th chapter, “Meet the New Boss,” the writers from Seasons 7 and 8 along with actor Mark Proksch reflect on the difficult days following the 2011 departure of Steve Carell, when they had to figure out who should take over as the regional manager of the Scranton branch of Dunder Mifflin.

This excerpt is from from The Office: The Untold Story of the Greatest Sitcom of the 2000s by Andy Greene, to be published March 24th by Dutton, an imprint of the Penguin Publishing Group, a division of Penguin Random House, LLC. Copyright © 2020 by Andy Greene. Click here to pre-order.

Halsted Sullivan (Writer, Seasons 5-9): I pitched the idea of, “What if Queen Latifah becomes the manager?” Slowly, one by one, she starts firing all the employees. And you just bring in all these black comedians. It becomes a black office, and you’d just go from there. But, you know, that didn’t get that much traction. It would have been fun though.

Peter Ocko (Writer, Season 7): I felt very strongly that you couldn’t replace Michael with another member of the ensemble. I thought he occupied a very particular position in the office dynamic and it would be better to pull somebody in from the outside and just own that, rather than simply saying we’ll just fill it from inside. I wasn’t alone in that, but there were definitely different sides.

Danny Chun (Writer, Seasons 6-8): One of the big debates that took place was, “Should it be someone inside the office or should it be someone new?” That was a really big one. On a meta level it was like, “Do we want to bring in a brand-new actor, a big star, or do we want to sort of cultivate the people that people already know and love?” There was also a real aspect where we asked, “What would be happening at the office itself?” Ultimately what we decided to do was have the process play out in the office because that is what would happen. “Should it be someone from the outside or someone from the inside? Who should it be? Who’s the best person on the inside?”

Amelie Gillette (Writer, Seasons 7-8): There was ultimately a big Dwight camp and there was a big Andy camp.

Justin Spitzer (Writer, Seasons 3-9): I remember a lot of discussion about what we should do. I did not think it should be Andy. I loved the character of Andy. I loved Ed. I don’t think I could see yet what Andy would bring to the table that felt distinct with him being the boss. He’s such a people pleaser, but Michael is a people pleaser. I think people would have been more excited to see Dwight as the boss because he’d been wanting it for so long. It just seemed like it suggested more stories to me.

Danny Chun: We love them both and were so fortunate to have talents like Rainn Wilson and Ed Helms. I could see both of them working. But maybe if there was a gun to my head, I was coming a little bit more to the Dwight side because I saw that version a little more clearly than Andy in charge. But I think that’s partially why some people liked the Andy version. They liked the possibility that it could go in multiple directions, and it ultimately did kind of go in surprising directions, whereas it felt like the Dwight version, there was a lot of inherent comedy, but maybe a little less of a sense of surprise.

Mark Proksch (Nate Nickerson, Seasons 7-9): I think if Dwight had become the boss it would have opened up a lot of interesting doors and story lines.

Aaron Shure (Writer, Seasons 5-8): I did not think Dwight should be the boss because I think Dwight is not as benign as Michael Scott. He’s like this weird amalgam of Mennonite and Star Trek nerd. There’s just so many candy bags to draw from that he carries around that I was worried that if we gave him the boss position it would just be disastrous. I also didn’t want Dwight to be empowered because I was afraid he wouldn’t be funny anymore with power. It’s funny if he sets the office on fire and blowtorches all the doorknobs. But if he did that all day long without any sort of check on his behavior, it would be terrifying.

'The Office' Gift Guide: 10 Fun Ideas for Every Fan of the Show

Danny Chun: I understand that, but my counter to that would have been Michael also did a lot of things early on that were preposterous and inappropriate and awful. And then also part of what we were dramatizing was that person’s progression, humanizing the boss character and understanding their perspective and having them learn to understand the perspective of the people that work for them. And I always personally felt that Dwight was a really deep and kind, ultimately good character. I’ve chimed in on Twitter multiple times when people think that Dwight would have voted for Trump because I don’t think he would have. To me it felt like he was going to do some insane, inappropriate, horrible, and cruel things, but he may now suddenly be forced into a position to contemplate what he was doing a little more, and that seemed intriguing.

Amelie Gillette: I wanted to be Team Dwight because I always liked Dwight a lot and the pinnacle of what he wanted was to become the boss and it would be interesting to give him that comedically and to see where he would go from there. Also, Rainn was just so good. I do think that Andy was an interesting choice too, and believe me, I switched camps a lot. I think a lot of us did because you don’t really know until you do it. But we felt like we could still get some juice out of Dwight not being number one, but being a foiled number one. We thought that might be a good comedic engine. I think that’s ultimately why Andy won out.

Halsted Sullivan: Dwight was probably the expected choice and Dwight would have been an excellent manager. Andy was more the unexpected choice. I feel like I was on both sides of the debate because there were strong arguments for both. It was not a black-and-white thing. We tried out Dwight in that role and in the end, we went with Andy. It was a photo finish. I think everyone would have been happy with either person in that role.

Brent Forrester (Writer, Seasons 3-9): The writers and the cast, generally speaking, were really excited about Dwight becoming the boss. It just felt correct, and that was our creative thrust. Mostly it was pushback from the network saying, “Well. Is there someone more famous that we can put in here?” Of course, the creators always bristle at that and just want to do the right thing creatively. That was a big thing. But Ed Helms had this giant advantage because of course he was in The Hangover. Not to completely read the minds of the network, but that was my understanding of how that decision got made.