When Is American Horror Story Season 10 Out?

You don’t need cable to see what’s in store for the characters on AHS Season 10. Here are three simple ways to stream and watch American Horror Story online free.

Hulu makes it easy to watch the complete American Horror Story series, including new Double Feature episodes, for free. If you’re not already signed up for Hulu, you can watch Seasons 1-9 right now with a Hulu 30-day free trial. You can use the trial to watch AHS Season 10 online free as well.

After your free trial ends, the main Hulu and Hulu (No Ads) packages cost $5.99 per month and $11.99 per month, respectively. Hulu also offers live TV streaming with its Hulu + Live TV plan, which you can try with a 7-day free trial, and then continue for $64.99 per month afterwards.

Going through Hulu’s site is not the only way to stream its content for free. You can also get Hulu, Disney+ and ESPN+ for free if you’re a Verizon Unlimited customer, thanks to the company’s “Disney+ on Us” Bundle deal. See what’s included in the limited-time promotion here.

Don’t want to rely on a WiFi connect to stream American Horror Story? You can actually buy all of the seasons, or just individual episodes of the show, on Amazon Prime Video right now. Download the episodes and watch them on your computer at any time. This is your best deal if you like watching the seasons on your device when you’re commuting or traveling and don’t have internet access.

You can watch hours of live TV, including FX shows like AHS, with a Sling TV subscription. You’ll need Sling’s Blue plan to start streaming FX from your TV, computer or phone, which costs $35 a month.

Though it may cost you a little more in the long run, individual seasons of American Horror Story are also available to own on DVD. You can find them online at places like Target and, of course, on Amazon. 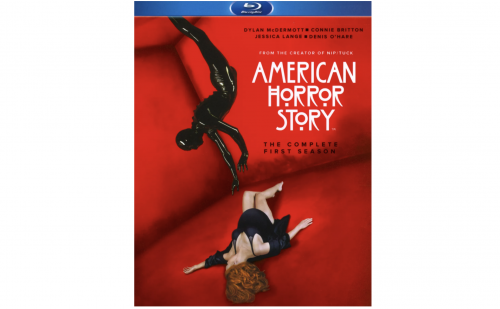 How Many Seasons of American Horror Story Are There?

There are nine seasons of American Horror Story currently streaming on Hulu, with the 10th chapter airing on FX on Hulu right now. There will be 10 episodes, and you should be able to stream all 10 seasons of the series with your Hulu subscription.

There are plenty of familiar faces starring in the 10th season of the award-winning drama from co-creators Ryan Murphy and Brad Falchuk.

According to FX, the latest installment in the acclaimed horror series starts when “a struggling writer, his pregnant wife and their daughter move to an isolated beach town for the winter. Once they’re settled in, the town’s true residents begin to make themselves known.”