It’s been nearly three decades since Dot, Kit, and the Rockford Peaches hit it out of the park in Penny Marshall’s unforgettable classic A League of Their Own, which premiered in theaters in 1992. And now it’s time to play ball again with the reimagined series adaptation premiering on Prime Video.

Set in 1943, Prime Video’s A League of Their Own is co-created and executive produced by Abbi Jacobson, who also stars as Carson, a woman who leaves her life in Idaho behind to try out for the Peaches, a new professional women’s baseball league.

The new show also stars Chanté Adams (Max), D’Arcy Carden (Greta), Nick Offerman (the Peaches’ manager, Dove), and an all-new team and cast, with an appearance from Rosie O’Donnell, who played Doris in the original, in a new role.

Here’s how you can stream the new A League of Their Own online, and how you can rewatch Marshall’s original hit at home. 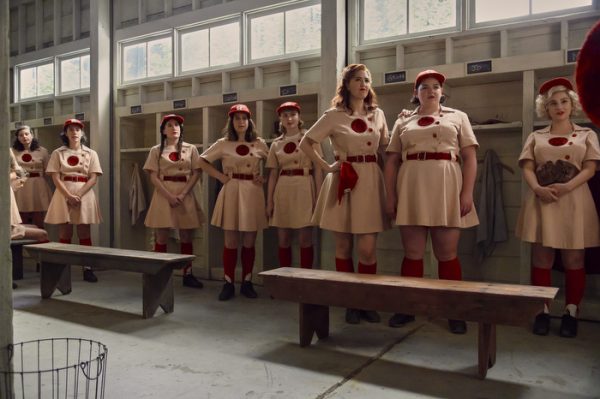 Buy Stream 'A League of Their Own' Prime Video

When Does the A League of Their Own Series Premiere?

The TV adaptation of A League of Their Own premieres on August 12, 2022 on Amazon Prime Video.

How to Watch A League of Their Own Series Online

How to Watch 'Bachelor in Paradise': Stream Season 8 Online Without Cable

Once you sign up for a Prime Video subscription, you can stream all the episodes when they debut on the platform on Friday. Sign-up for Prime Video here or using the link below to start watching A League of Their Own online.

Buy Stream 'A League of Their Own' Prime Video

Can You Stream A League of Their Own Online Free?

Though A League of Their Own is one of the most-anticipated series of the summer, you can still stream it for free through Prime Video if you’re an Amazon Prime member.

Amazon Prime members can watch A League of Their Own online free on-demand, along with all of the Prime Video offerings (think: The Marvelous Mrs. Maisel, The Summer I Turned Pretty and more).

Not an Amazon Prime member? The site currently offers a 30-day free trial that you can use to watch A League of Their Own online, in addition to all the other Amazon Prime perks. Once your trial ends, a Prime membership costs $139 per year.

A League of Their Own Series Synopsis

According to Amazon Studios, “A League of Their Own evokes the joyful spirit of Penny Marshall’s beloved classic, while widening the lens to tell the story of an entire generation of women who dreamed of playing professional baseball, both inside the All-American Girls Professional Baseball League and outside of it. The show follows Carson (Abbi Jacobson) and Max (Chanté Adams) and a new ensemble of sharp and hilarious characters as they carve their paths toward the field, along the way finding their teams and themselves.”

How to Watch A League of Their Own the Movie

The original A League of Their Own movie, which stars Tom Hanks, Madonna, and Geena Davis, is also available to stream on Prime Video.

If you want to brush up on the story that started it all, you can rent it for $3.99 or buy it digitally in HD for $6.99 through Amazon’s streaming platform.

Buy 'A League of Their Own' Movie Prime Video 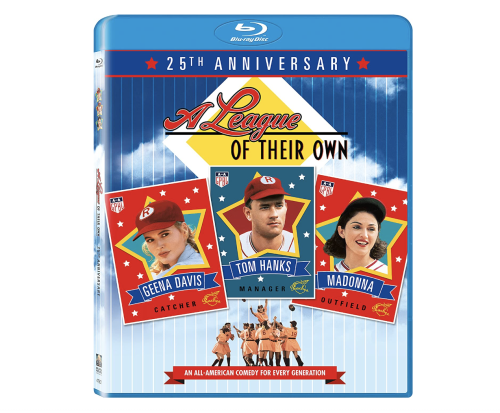 Fans can currently get the 25th anniversary edition, which also comes with a digital copy of the film. The Blu-ray edition also features deleted scenes from the original movie, commentary from Penny Marshall and the cast, plus the music video for Madonna’s “This Used To Be My Playground,” and, of course, lets you revisit iconic quotes like the one Hanks’ character Jimmy Dugan delivers: “There’s no crying in baseball.”

Jacobson has said that she wants the new A League of Their Own remake to empower young girls to “dismantle the typical gender boundaries of sport.” Prime Video and Baseball for All, a girls’ baseball nonprofit organization, recently teamed up with Jacobson on an open letter to young female athletes, which reads in part:

THIS LETTER WRITTEN HERE BY US, THE NEW GENERATION OF FEMALE BASEBALL PLAYERS, IS TO PROMISE YOU THAT WE ARE GOING TO CHANGE HISTORY. WE WILL DO OUR BEST TO HONOR THE PREVIOUS GENERATIONS OF INCREDIBLE PLAYERS AND ELEVATE THE NAME OF THE WOMEN’S LEAGUE.

EVERY SINGLE BALL THAT WE CATCH, JUMP OR BAT OUTSIDE THE STADIUM WILL BE ANOTHER LINE THAT WE ADD TO THE STORY OF THIS SPORT THAT WE HAVE IN OUR HEART AND SOUL.