“People ask me if I have regrets,” David Crosby says, fixing his stare on someone just out of the frame. “Yeah, I’ve got huge regrets about the time I wasted … I’m afraid of dying. And I’m close. I’d like to have more time.” This candid confession comes at the very beginning of David Crosby: Remember My Name, accompanied by a tour of his photo wall: a Byrds-era portrait, a still from a CSNY album cover shoot, Crosby and Neil Young, Crosby and Jerry Garcia, Crosby and an old solo-joint band. By the end of this documentary, he’ll admit on camera that he’s virtually alienated and/or severely pissed off all of his friends and major collaborators. The rest of his partners in crime, Crosby admits, have shuffled off this mortal coil already and he’s not sure why he, of all people, is still standing.

But Crosby is indeed still here, a survivor of the Sixties counterculture and the Seventies comedown, so the man who was once one-fourth of the most beautifully harmonizing quartet in rock history goes out on tour once more — ranches and horses are expensive, folks — all by his lonesome. He’s got a new-ish backing band and keeps making music, because that’s what David Crosby does. It’s hard, however, not to feel like this éminence grise can’t go let go of his checkered past even as he’s moving forward.

One of three stellar, surprisingly solid music docs making their premieres at Sundance this year, A.J. Eaton’s Remember My Name starts off like it’s prepping you for a run-of-the-mill hagiography, or at least another there-goeth-the-great-man ode, Seventies rock division. Yet the longer this lion-in-winter portrait of the walrus-mustached singer goes on, the more bittersweet (emphasis on the first part of that descriptive) and mournful it gets. You can practically smell the burnt bridges emanating from the screen.

And like the festival’s other two music-centric documentaries — Miles Davis: Birth of the Cool and Marianne and Leonard: Words of Love — the movie somehow dives into well-worn material and repackages it in a way that feels compelling. (For the record: Sundance is also showing the first two episodes of the four-part docuseries Wu-Tang Clan: Of Mics and Men, which drops on Showtime later this year.) You’ve heard Crosby’s story a million times before. This film makes you want to hear it again. 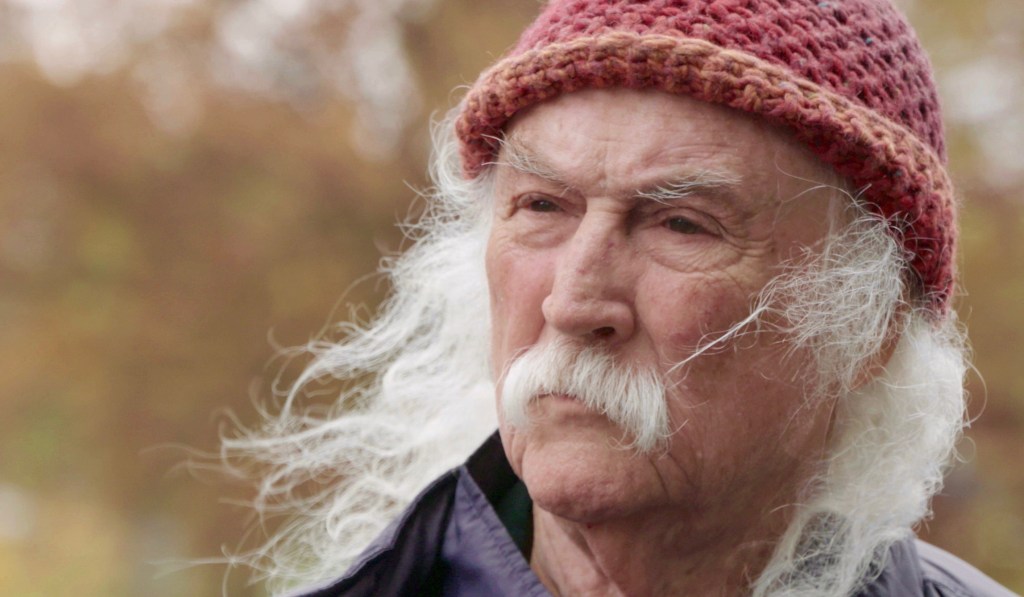 So you get the 77-year-old rocker reminiscing about folk rock and founding the Byrds and almost upstaging the Beatles at their own press conference. He takes us on a tour of Laurel Canyon, detailing how he made the connections that helped make the area a hotspot for a scene and gives us tales of Mama Cass, Joni Mitchell, after-hours hootenannys and prime hippiedom. Concert scenes of Crosby ranting about the Kennedy-assassination conspiracy theories, and recreating his legendary American-flag-as-gun pic with photographer Henry Diltz? They’re here. Debauched tales of drug use and an eventual descent into addiction? It’s got those too.

Remember My Name also lets Crosby express his guilt about turning so many people on to heroin and other destructive mind-altering, soul-killing drugs back in the day, his grief over the death of his girlfriend Christine Hinton in a car accident and his self-directed rage at “ruining” both iterations of his supergroup. If you’ve forgotten how ravaged the musician looked when he was arrested in the early 1980s, the doc and its subject will remind you. He feels bad about leaving his family every time he goes on the road — almost as bad as he does about what could be the final Crosby, Still and Nash performance ever, singing a near-unlistenable version of “Silent Night” at the White House Christmas tree ceremony in 2015. “My big fuck-up is getting mad,” he says, unprompted, and he’s not wrong. The man has a knack for turning friends into enemies, ones who usually know how to wield a poison pen. Seriously, have you listened to Graham Nash’s “Encore” lately?

It’s not just a greatest hits collection, in other words, but a greatest screw-ups and dealbreakers compilation as well, and a chance for Crosby to account for stuff most folks would rather not discuss when talking about an incredible musical legacy. Regrets? Yeah, he’s got a few (dozen). Remember My Name lets him get it all off his chest, the good, the bad and the ugly. It’s a better movie for it.

Speaking of good/bad/ugly: Stanley Nelson’s essential Miles Davis: Birth of the Cool lays out the complicated personal history and gamechanging musical revolutions of the jazz legend, and admirably tries to cover it all into a two-hour feature. (Not to be all this-could-or-should-have-been-a-Netflix-miniseries about it, but … this could or should have been a Netflix miniseries.) Nothing fancy here, just a typical American Masters-style doc that traces his evolutions and the various eras of his work; it’s not surprising that the PBS series is the film’s patron.

But Nelson is a serious pro — see his definitive films on the Black Panthers and Jonestown if you haven’t already — so you do get it all: meeting Bird and Dizzy Gillespie when Davis was 18, hooking up with Gil Evans, Paris, Columbia Records, Kind of Blue, the Sixties quintet, the fusion years, the lost years and dark moods of his post-Dark Magus period and his final victory lap. Talking heads like Herbie Hancock and Wayne Shorter attest to the genius; his first wife Frances Taylor Davis (who passed away In November 2018) attests to the fact that he was violent, volatile, jealous, possessive to a fault, especially when drugs were in the picture; a raspy-voiced narrator reading snippets from Davis’s autobiography fills in the rest. Consider this a nice Miles 101 primer if you’re unfamiliar with a singular body of work, and a chance to see clips of the man in action from be-bop to Doo-Bop. 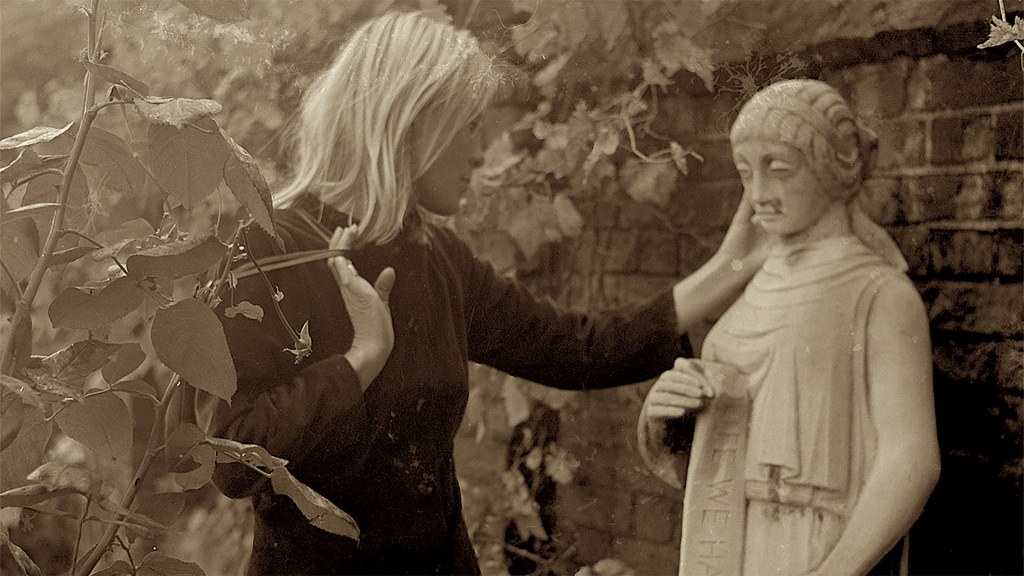 In the 1960s, on the Greek island of Hydra, a Norwegian ex-pat met a young Canadian poet. Her name was Marianne Christine Ihlen; his name was Leonard Cohen. You probably know the rest if you know Cohen’s story, or if you simply have a passing familiarity with the lyrics to “So Long, Marianne.” If not, Nick Broomfield is happy to fill you in. Marianne & Leonard: Words of Love charts the friendship, love affairs and off-on relationship between these two, which resulted in broken hearts, cold shoulders and several unbelievably beautiful songs.

Because this is a Broomfield joint, the director is also more than happy to tell you that he and Marianne were briefly lovers when they met, how she gave him his first hit of acid and include a scene of him visiting an old friend to talk about their days of hanging out with “so much golden sun-kissed people of either sex” in the Mediterranean. (Shockingly, the Kurt & Courtney documentarian does not bump into a single boom microphone this time.) There’s a lot of great Cohen footage, much of it taken from the invaluable 1974 tour diary Bird on a Wire, and you get his journey from early scribblings to late-tour comeback.

What makes this film unmissable, however, is the fact that we get Marianne’s story more or less in full as well. It’s a fleshing out of someone who was more than just a muse, more than just an object of affection for a famous man (and an infamous bastard; Cohen had that in common with like Crosby and Davis). We’ve heard the now-famous letter that the musician wrote to her as she lay on her deathbed, of how he was “right behind her” in terms of time running out. But to see that letter being read to her, and the run of emotions across her face as she processes her own “so long,” is to feel that the narrative has been given back to her. Marianne is no longer just “Leonard’s muse.” She’s a woman who’s lived and loved and lost completely apart from the songs.