Baseball season is in full swing, and to kick off a new year, brands are finding cool new ways to let you show your team spirit without just throwing on another baseball cap.

First launched last summer, popular cooler brand Yeti has restocked its MLB cooler collection for the year, which includes everything from its run of high-quality coolers to its insulated travel mugs. Everything on the company’s shop is officially-licensed MLB gear and comes in minimal designs with all 30 teams’ logos to choose from.

It’s simple to search for your favorite team here, whether you’re a life-long New York Yankees fan or you’re cheering on the World Series champs Los Angeles Dodgers. Once you’ve found your team, you’ll be able to shop for coolers for tailgating and all the accessories you’ll actually use even when it’s not game day.

You can’t think of coolers without Yeti coming to mind, and that’s because of its rugged line of well-designed units, which are great for camping, the beach and backyard hangouts too. For the MLB collection, you can choose among the Roadie 24, Tundra 45, Tundra 65 and Tundra Haul cooler styles to celebrate the team of your choice.

Each of the coolers has a hard shell, meaning they’re sturdy, tough and can hold up wherever you take them while keeping your beers on ice. The hard-sided cooler design also means you can sit on top of them or use it as a surface to prep a meal when you’re on the road. The main differences among the coolers, however, are the carrying capacities and sizes. Take the Roadie, for instance, which Yeti says can store ice for days and fit up to 18 cans, from cold, hoppy IPAs to crisp-and-cold pilsners. 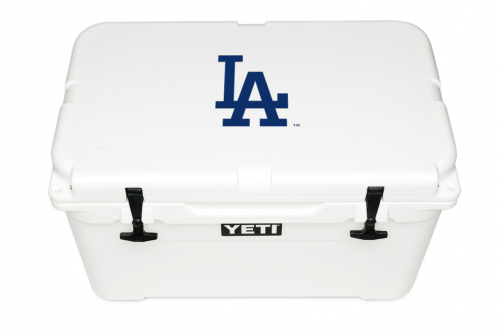 The Tundra line, on the other hand, can fit more items, so if you’re planning to pack extra food and multiple drinks, you might want to go with one of these hard-sided options instead.

We think the Yeti Tundra 45 is one of the best overall coolers the brand makes, and it can accommodate as many as 28 cans or 34 pounds of ice. It’s slightly larger with a width at just under 26 inches, so you should be able to load it up in the back of your car without any problems. Yeti secured the lid with durable T-Rex latches, as well as easy-to-carry handles built into the sides of the cooler. 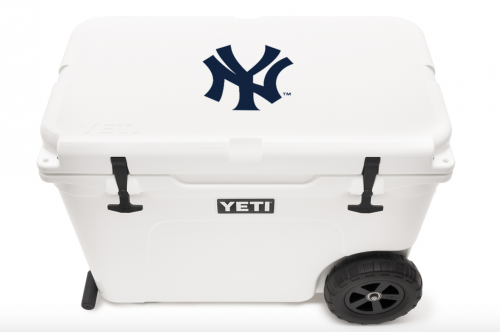 The Haul cooler, meantime, has a solid set of wheels and a handle, which means you won’t throw out your back trying to carry heavier loads, whether you’re rolling over to a future game or hanging out at a festival. 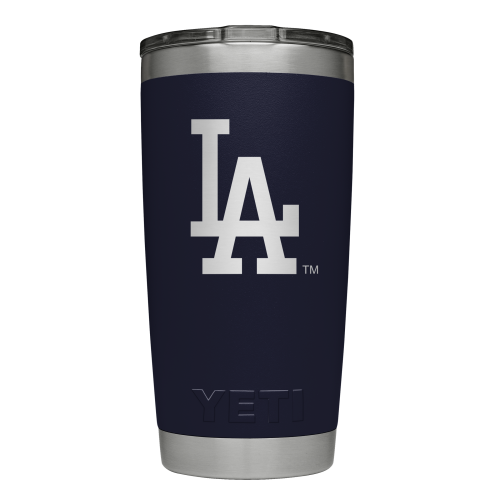 Yeti also has a ton of reusable travel mugs or tumblers to keep your beer cold during hot summer games, or for drinking coffee on the go. You can find everything from 10-ounce coffee mugs that come with a lid to prevent spills, to 30-ounce tumblers — each available to customize with your team’s logo.

Want to catch a game while filling up your new mug? We’ve found all the ways you can watch a live MLB game this season at home right here.