Lionel Richie is no stranger to collaborations, having worked on memorable tracks with everyone from Michael Jackson to Diana Ross, but the legendary singer’s latest partnership is decidedly cooler.

Richie has teamed up with Tyra Banks’ ice cream company, SMiZE Cream, for a new flavor dubbed “All Night Love.” Inspired by his classic hit, “All Night Long,” Richie says the “All Night Love” ice cream was created by mixing flavors that he grew up enjoying as a child. The sweet and crunchy offering includes cookie crumble, a salted caramel ribbon, and chocolate-covered “fudge hearts” mixed in with vanilla ice cream. Like all SMiZE Cream flavors, Richie’s also includes a “SMiZE SURPRiZE” hidden inside, made of caramel-scotch cookie dough (the brand’s caramel version of butterscotch).

From Grills to Boombox Speakers, These Are the Products We're Using Labor Day Weekend 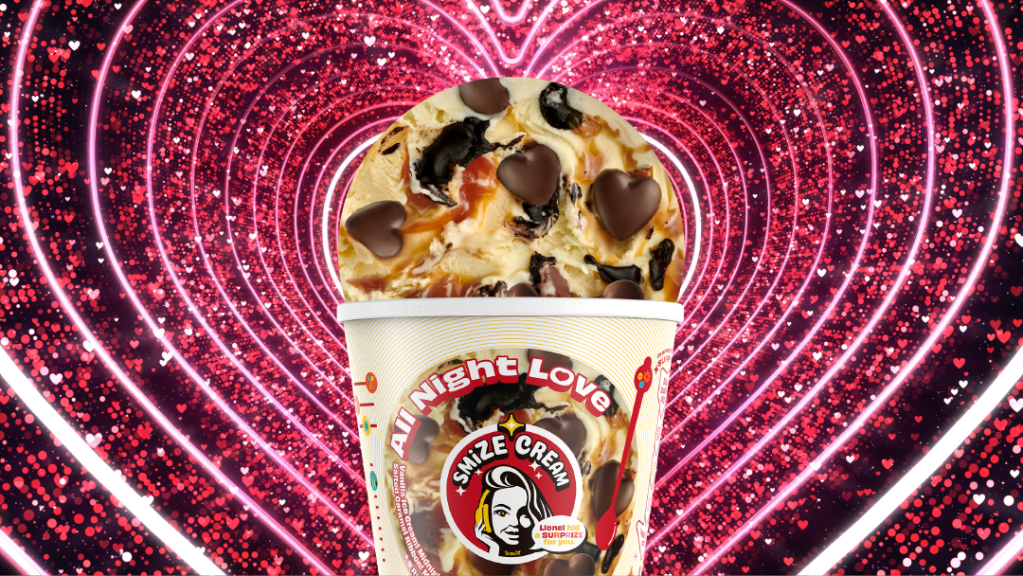 The new ice cream flavor was created by Richie and Banks along with “ice cream scientist” Dr. Maya Warren, who previously developed flavors and offerings for Cold Stone Creamery.

Richie and Banks first met on the set of his music video for “Don’t Wanna Lose You” (off his 1996 album, Louder Than Words, and included again in Richie and The Commodores’ 2006 compilation album, Gold). The singer says he and Banks “developed a fabulous friendship from there,” and so it was a no-brainer when the model and TV host asked him to be a part of her new ice cream project.

“First of all, ice cream is my jam,” Richie tells Rolling Stone. “It’s almost the same as writing a song. You have musicians and arrangers and your favorites [and] in this case, I’m writing my own song/flavor,” he explains. “[There are] 100 different ways to do each flavor and you find what you like to eat and hopefully it’s what everybody else likes too.”

For her part, Banks says she’s been a “lifelong Lionel Richie fan,” and has kept in close touch with the singer over the years (Richie’s “Dancing on the Ceiling” is also a go-to on the set of Dancing With the Stars, the host reveals). When it came time to selecting SMiZE Cream’s first-ever artist collaboration, Banks says Richie was “the first and only call we made.”

“Lionel is warm, crazy, fun and energetic,” Banks tells Rolling Stone, adding that she didn’t want to work with any random artist, but rather a recording artist legend. “Growing up with his music and seeing how warm and amazing he was, I just became an even bigger fan,” she says.

The supermodel-turned-entrepreneur says Richie is also the perfect collaborator thanks to his diverse fanbase. “His stratospherically popular music transcends everything,” she says, “and we wanted somebody that kids loves, teens love, mamas and daddies love, not just in America, but all around the world.”

Richie admits that he’s continually surprised by the new fans he’s making, thanks to his recent work as a judge on American Idol and hopefully through the SMiZE Cream collaboration as well. “It is one of the highlights of my career to be this far along with my journey in music and to have a 9-year-old say, ‘Hi Lionel’ — not ‘Mr. Richie,’ but ‘Lionel’ — that means I’m one of them,” he says.

“All Night Love” is available now on smizecream.com, and in the SMiZE Cream Los Angeles ice cream shop, as well as via DoorDash local delivery in Los Angeles and New York (download the DoorDash app here). In a unique twist, the container for “All Night Love” features a new illustrated character created in Richie’s likeness that comes alive with the technical magic of Augmented Reality.