Fresh off a chart-topping collab with two-time duet partner and rumored real-life girlfriend Camila Cabello, Shawn Mendes is back in Canada this week and pushing out a collaboration of a different sort — one that pays homage to his home and native land.

The Toronto-born singer has partnered with Canadian apparel brand Roots on a limited-edition capsule collection, and teamed up with Canadian fast-food chain (née donut shop) Tim Hortons on a new campaign and charitable partnership.

The two collaborations land on the heels of Mendes’ sold-out hometown show Friday at Toronto’s 50,000-seat Rogers Centre (home to baseball’s Toronto Blue Jays). Tickets for the show, Mendes’ first-ever stadium gig, sold out in minutes when they went on sale in December, though there are still a few seats left on re-sale sites.

'Controlling Britney Spears': How to Stream the New Britney Doc for Free Online

The Best Smart Light Bulbs You Can Control From Your Phone

While Mendes has partnered with brands like Emporio Armani (for the launch of their smartwatches) and famously — ahem, revealingly — dropped trou for Calvin Klein Underwear, the two current collaborations see the newly-turned 21-year-old taking on a more active role into his personal brand and business partnerships.

With Roots, the quintessential Canadian outdoor lifestyle brand, Mendes helped to design a capsule collection of nine pieces, including sweatpants, a “Kanga” hoodie, and a custom-designed nylon jacket that Mendes reportedly worked on with designers at the Roots Toronto Leather Factory. The pieces all feature a variation of the singer’s rose motif from his current, self-titled album, available in multiple sizes and in styles for both men and women. 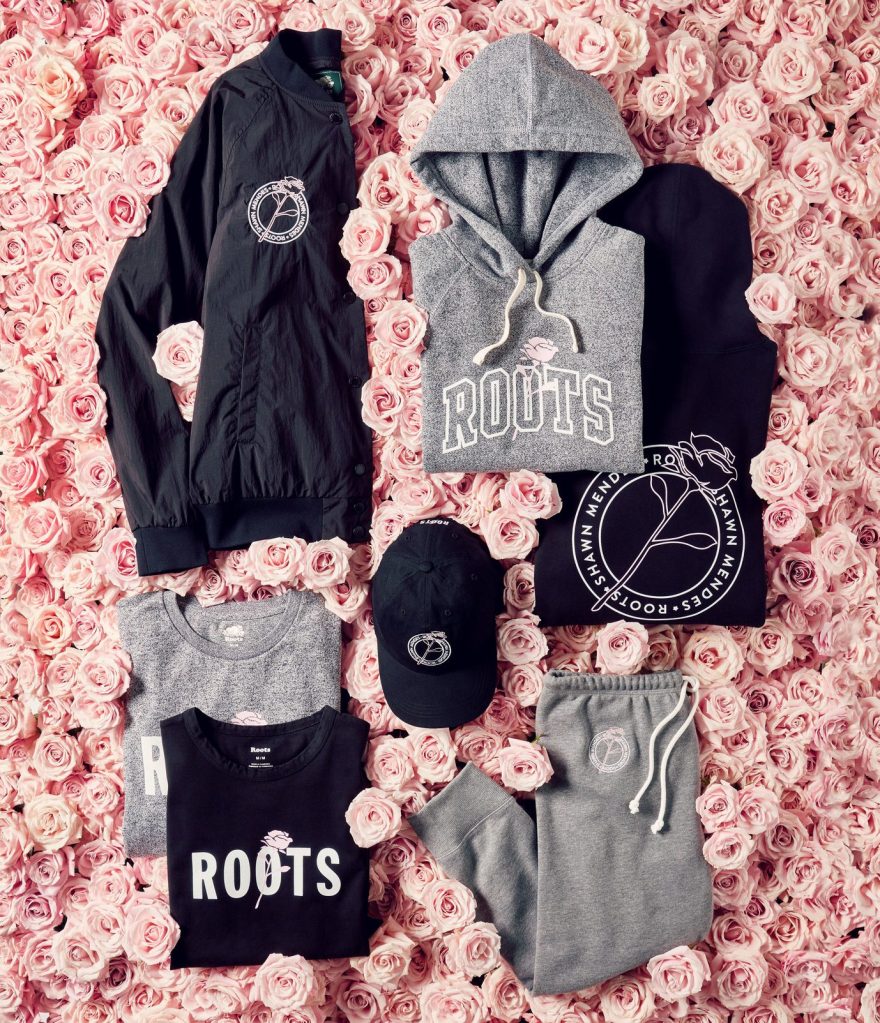 Tim Hortons meantime, unveiled a massive national campaign last week with images of Mendes splashed across billboards, store signage and even coffee cups. The campaign, dubbed, “Home is Where the Heart Is,” is being supported with a commercial that follows the singer’s journey, from posting videos online to playing shows around the world. Spoiler alert: the clip ends with Mendes coming back to Canada to grab a cup of coffee (sans Timbits sadly).

While the Calvin Klein campaign made waves earlier this year for showcasing a more mature Mendes, experts say with the new collaborations, the transition from sexy Shawn to savvy Shawn is complete. “Roots and Tim Hortons are iconic Canadian brands as well as globally-recognized players, and Shawn’s collaborations show that he has the star power to carry a major partnership to success,” says Natasha Koifman, founder and president of NKPR, a PR, marketing and digital agency with offices in Toronto, New York and LA. “These brand partnerships speak to his base, keeping him both accessible and connected to his roots, so I think this is a very natural fit for his brand. It’s also a very smart strategic move on the part of Roots and Tim Hortons to tap into Shawn’s very engaged, younger-skewing audience.”

The fact that Mendes is returning to Canada to launch these projects also speak to his appeal, which has always been built on a type of aww-shucks Canadian charm that sets the care-free Canuck apart from his peers.

“While I do think Shawn is soft spoken, sweet and docile — qualities often associated with the Canadian stereotype — I also think he’s smart and recognizes the value of branding himself accordingly,” offers Duhin Nanda, a Canadian TV host who has tracked Mendes’ meteoric rise to fame since the Pickering-born singer was posting performance clips to Vine. “It seems Shawn prides himself on being the friendly Canadian boy next door, and he likes to favor local instead of global. He is able to decide what kind of picture he wants to paint in order to be seen as relatable and approachable, and these collaborations are proof that he’s firmly in control of his narrative.”

The Tim Hortons’ cups are proving to be very popular, judging by frenzied fan accounts and Reddit threads that track the red and white cups’ availability like they’re tracking cheap gas prices. Ceramic version of the cups sold at participating Tim Hortons locations are also selling out and now going for as much as $150 on eBay.

As for the Roots collection, it’s available in select stores across Canada and online internationally at Roots.com. A portion of proceeds from both collaborations will go toward the singer’s recently-launched Shawn Mendes Foundation, which will focus on children’s health and well-being, anti-bullying, and education, among other areas of focus. Mendes is also donating $1 from each ticket sold from his hometown show to the foundation’s first recipient, SickKids Hospital in Toronto.

In a press release, Mendes says he’s proud of how everything has come about and — in typical Canadian fashion — he seemingly just wants everyone to be happy too. “With the launch of my foundation earlier this week, my upcoming hometown show and now the release of my second collaboration with Roots, I’m so grateful to have the support of this iconic Canadian brand and being able to give back with them,” he says. “I hope everyone loves these pieces as much as I do.”